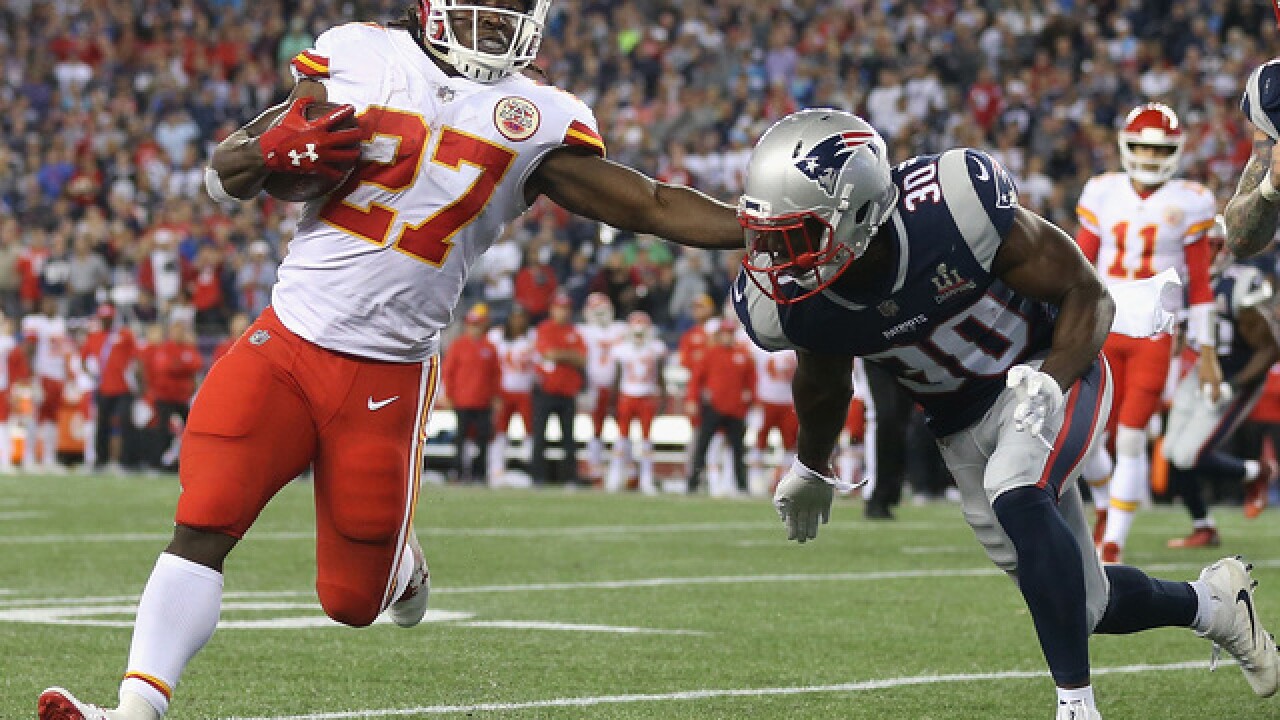 Copyright 2017 Scripps Media, Inc. All rights reserved. This material may not be published, broadcast, rewritten, or redistributed.
Maddie Meyer
<p>FOXBORO, MA - SEPTEMBER 07: Kareem Hunt #27 of the Kansas City Chiefs stiff arms Duron Harmon #30 of the New England Patriots as he runs for a 4-yard rushing touchdown during the fourth quarter against the New England Patriots at Gillette Stadium on September 7, 2017 in Foxboro, Massachusetts. (Photo by Maddie Meyer/Getty Images)</p>

KANSAS CITY, Mo. — When starting running back Spencer Ware went down with a season-ending knee injury in the preseason, the club immediately turned to rookie Kareem Hunt.

They knew what they had.

Through two games, Hunt leads the NFL in rushing and in total touchdowns. He's a fantasy football owner/offensive coordinator's dream.

"He’s at a spot right now where he’s catching a lot of footballs, he runs with power, mentally he knows where he’s at, he’s able to block for us," says offensive coordinator Matt Nagy. "You don’t always find that with every back."

The Chiefs return to the road Sunday against the Los Angeles Chargers. Kansas City has won 11 straight division games.