In Defense of the Chiefs' Defense 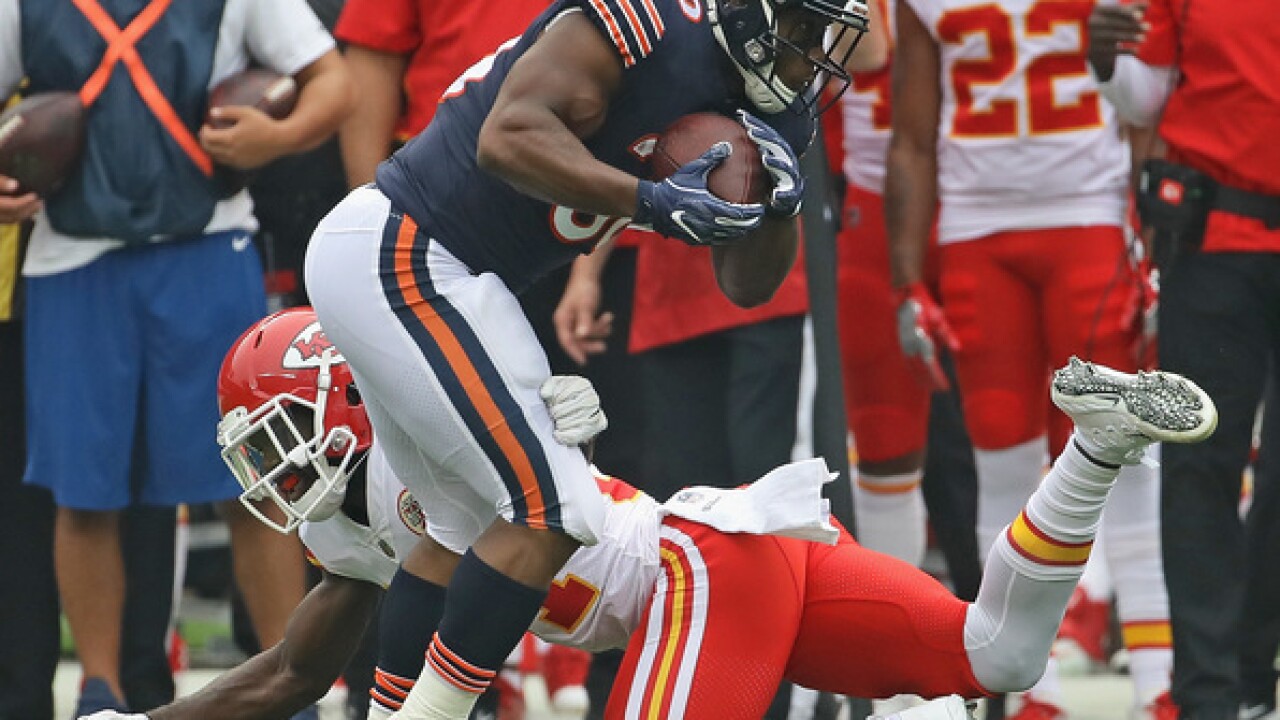 Copyright 2018 Scripps Media, Inc. All rights reserved. This material may not be published, broadcast, rewritten, or redistributed.
Jonathan Daniel
<p>CHICAGO, IL - AUGUST 25: Benny Cunningham #30 of the Chicago Bears breaks away from Leon III McQuay #34 of the Kansas City Chiefs during a preseason game at Soldier Field on August 25, 2018 in Chicago, Illinois. (Photo by Jonathan Daniel/Getty Images)</p>

Kansas City, Mo. -   By now we know the ugly details of the Chiefs defensive effort in Chicago: 411 yards allowed, 21 first downs, 7 yards per play, and one time they carried the Bears quarterback across the goal line on a chariot.

Okay, I made that last one up.

But no one is coming to the defense of the, um, defense. Until now.

Honest question: Did you recognize more Chiefs or Bears names on Saturday? My goodness, not only did Chase Daniel start (The Bears starters really didn’t play, but we are making excuses for the defense so I digress.) but Tyler Bray finished up. Those two quarterbacks have a combined eight years of Chiefs back-up experience.

So, if there’s a defense that Nagy and Daniel and Bray already have figured out, it’s going to be the Chiefs defense. They went against it four times a week for years. Familiarity breeds contempt. But it also breeds 7-play, 91-yard drives.

Throwing a Flag on the Penalties

All told there were 16 penalties called Saturday, eight on each team, but the Chiefs flags were killer for the defense.

If you’ll remember, the Chiefs actually got a stop on the Bears second possession. But a hero call of “illegal formation on the defense” during the punt gave the ball back to Chicago. The Bears would march down and score.

The flag was for Spencer Ware lining up over the center. Two things: 1) He wasn’t over the center, but rather in the A-gap. 2) Why is Ware playing on the punt return defensive line?

Regardless, a Chiefs offense that had just marched down the field itself, would have gotten the ball back with a chance to take the lead, potentially changing the course of this game.

In the second quarter, one Bears scoring drive alone collected three highly questionable 15-yard penalties on the Chiefs defense: 1) A late hit on Chase Daniel out of bounds when Daniel curiously wasn’t out of bounds, 2) A late hit on Breeland Speaks before the runner had hit the ground, 3) And then a flag on Tanoh Kpassagnoh for tackling Chase Daniel. Seriously. All he did was tackle the quarterback.

Point is, if any one of those flags stays in the pocket, the Chiefs get a stop, get off the field, and get some needed momentum. If our friends in the stripes keep this up, all defenses will look like the Chiefs defense did Saturday.

The Bears converted six of their 12 3rd down opportunities Saturday. That’s good for them. Not good for the Chiefs. During the preseason the Chiefs D is allowing over 50% of third downs to be converted. That’s second-to-last in the NFL.

But the Bears didn’t convert their lone 4th down try! (Try beating 0%, baby!)

It’s not the first time the Chiefs D has stiffened up this preseason facing a 4th & short. In fact, it plays to a recent narrative of the Chiefs defense being better in short yardage situations than long. Force a 3rd & 9? The Chiefs are liable to give you 11 yards. But facing a 3rd & 1? The Chiefs defense, for whatever reason, has a chance.

So, be worse on second down, I guess, is the answer? I don’t know.

While the Bears weren’t playing most of their starters, to be fair, the Chiefs were rolling David Amerson & Orlando Scandrick out there.

Scandrick wears #22 and that appears to be the only similarity he has with departed cornerback Marcus Peters.

Amerson wears #24 and that appears to be the only similarity he has with any Chief who’s ever worn #24 and played well.

They weren’t in the same zip-plus-4 code as the Bears wide receivers Saturday.

Now, by sheer numbers both will likely make the roster, but if neither are counted on then the Chiefs will be better for it.

He’s the hope, he’s the worry, he’s the wildcard in this whole Chiefs defensive thing. When he was healthy in 2016, the Chiefs were 7th in the NFL in points allowed.

Last season, when Berry was gone and with largely the same defense, the Chiefs were 15th.

Berry is the one guy whose presence helps the defensive line, the linebackers, and of course the secondary – the area that needs it the most.

Berry hasn’t played in the preseason because he’s nursing a sore heel. The Chiefs know his importance for the regular season.

In the end, no one is particularly surprised by the Chiefs defensive effort this weekend. The D has been capable of laying these eggs for years. Yet somehow the team has survived, won divisions, made the playoffs, been one of the NFL’s better teams with that defense.

So that’s maybe the unit’s biggest defense: We’ve seen this before.