It's not Mahomes vs. Brady, but legends grow a game at a time 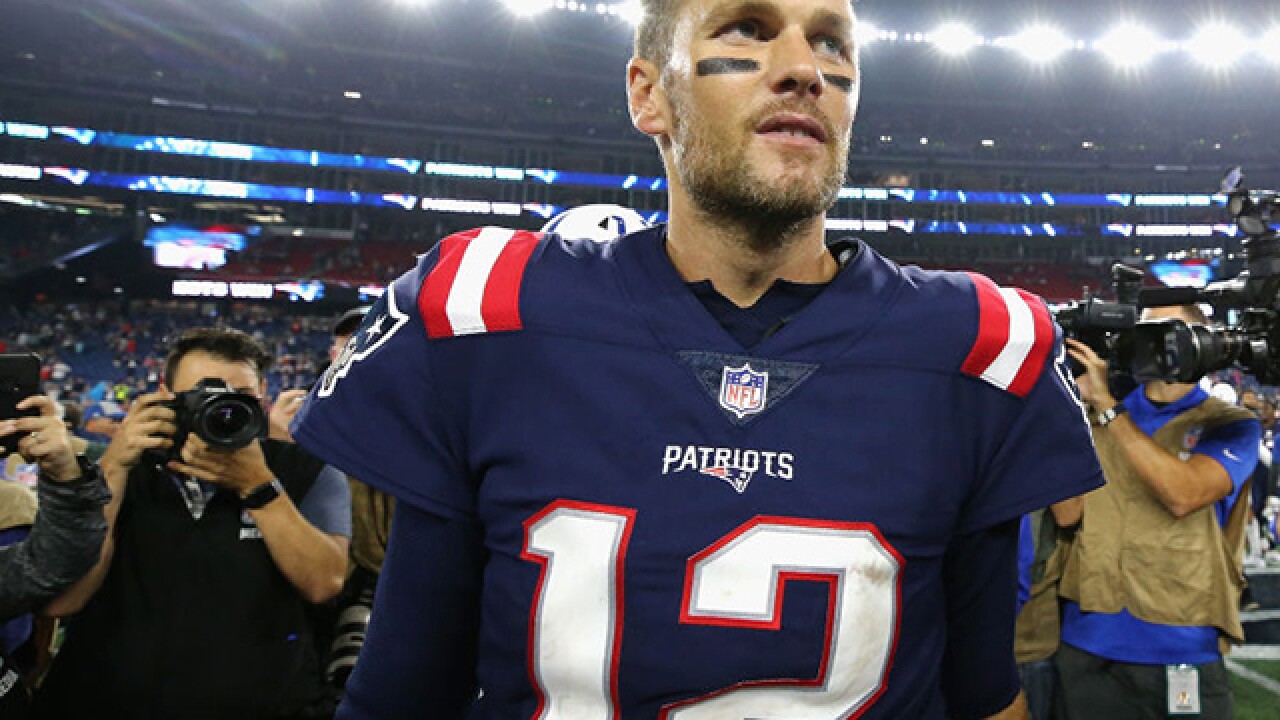 Copyright 2018 Scripps Media, Inc. All rights reserved. This material may not be published, broadcast, rewritten, or redistributed.
Maddie Meyer
<p>FOXBOROUGH, MA - OCTOBER 04: Tom Brady #12 of the New England Patriots looks on after defeating the Indianapolis Colts 38-24 at Gillette Stadium on October 4, 2018 in Foxborough, Massachusetts. (Photo by Maddie Meyer/Getty Images)</p>

Still, it’s hard to resist the urge to hype Sunday Night Football this week as a showdown between the old guard (Brady) and the new (Mahomes).

Brady is arguably the greatest quarterback in NFL history.

Championships alone aren’t a perfect measure of greatness. Are we really prepared to say Terry Bradshaw was a better quarterback than Peyton Manning, let alone twice as good? That Trent Dilfer was superior to Dan Marino? That Eli Manning was the equal of John Elway?

But in Brady’s case, he’s won as many Super Bowls (five) as any other quarterback has appeared in — Elway went 2-3 during his career in the title game — and led the Patriots to three more appearances.

So, here’s Mahomes, a 23-year-old gunslinger made in the Brett Favre mold but who’s never whiffed a Super Bowl and plays for a franchise that hasn’t won a home playoff game during his lifetime, building a mountain of hype almost that would be impossible for any player to summit.

Five games into his career as an NFL starter, some want to crown him as Brady’s successor as the Quarterback King of the NFL, which is foolish and awesome all at once.

It’s easy to understand why Kansas City fans are so excited. This is a quarterback-starved town with a kid making plays few in league history were capable of making.

Go back to the preseason and consider the 69-yard bomb to Tyreek Hill in Atlanta. More recently, there’s the six touchdowns at Pittsburgh, the pirouette and bullet between two awestruck defenders against San Francisco, and the left-handed throw then second-and-30 conversion to spark a comeback at Denver.

That’s a highlight reel that would be the envy of some guys who’ve played a decade in the league. It was just a good month for Mahomes, but that perspective is important.

His legend will be built a game at a time. Brady has a more than 250-game head start.

But this part is also true: When Brady stepped in for an injured Drew Bledsoe and rallied New England in the Super Bowl nearly 18 years ago, it wasn’t possible to project the two decades of dominance to come.

Perhaps it will be the same for Mahomes — the Alex Smith trade being the catapult to multiple Super Bowls and several decades of dynasty-building.

Maybe Sunday’s game, which starts at 7:20 p.m. on 41 Action News, won’t matter much beyond playoff seeding for the 2018 AFC postseason or maybe it’ll be a passing-of-the-torch moment.

This might be the only chance Mahomes gets against Brady. Obviously, a playoff win would be much more meaningful, but this could be chapter one in the “Legend of Patrick Mahomes” when the ink dries years from now with everything to this point as mere prologue.

If that’s the case, Chiefs fans should savor the ride. Imagine yourself as a New England fan in 2001 and dream a little.

Even if that dream never materializes. A little hope isn’t such a bad thing these days.