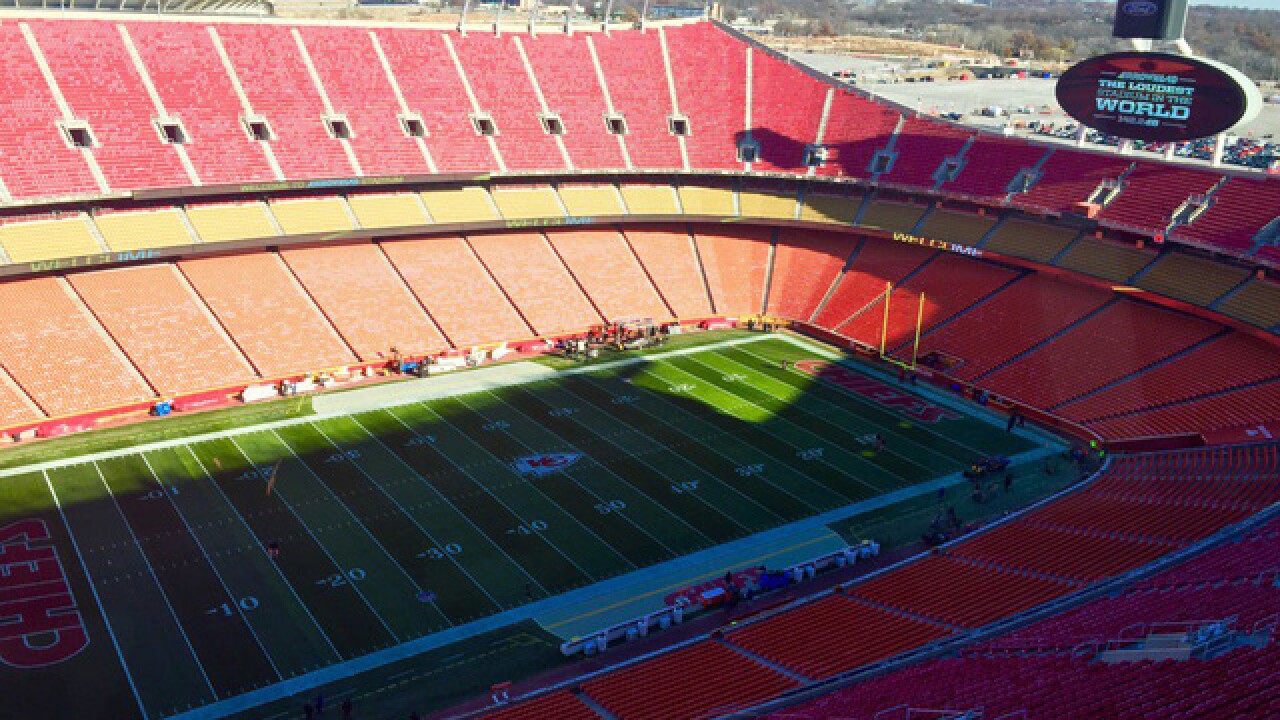 Mike Marusarz - 41 Action News
<p>Mike Marusarz took this photo of Arrowhead Stadium ahead of the game on Thursday, Dec. 8, 2016. </p> The NFL Divisional Round will be moved to primetime on Sunday, according to NBC.

The Kansas City Chiefs will take on the Pittsburgh Steelers at 7:20 p.m. at Arrowhead Stadium. The game was originally scheduled 12:05 p.m.

The game is moved due to "public safety in light of the forecasted storms this weekend in the Kansas City area," the NFL said in a statement.

Moving the game will "provide local authorities more time to clear roads in the area as the weather is expected to improve throughout Sunday," according to the NFL.

With the game time change, here are updates to parking and stadium gates. pic.twitter.com/uJIkcEPtJZ