FINAL: Chiefs hold on to 23-16 win over Patriots 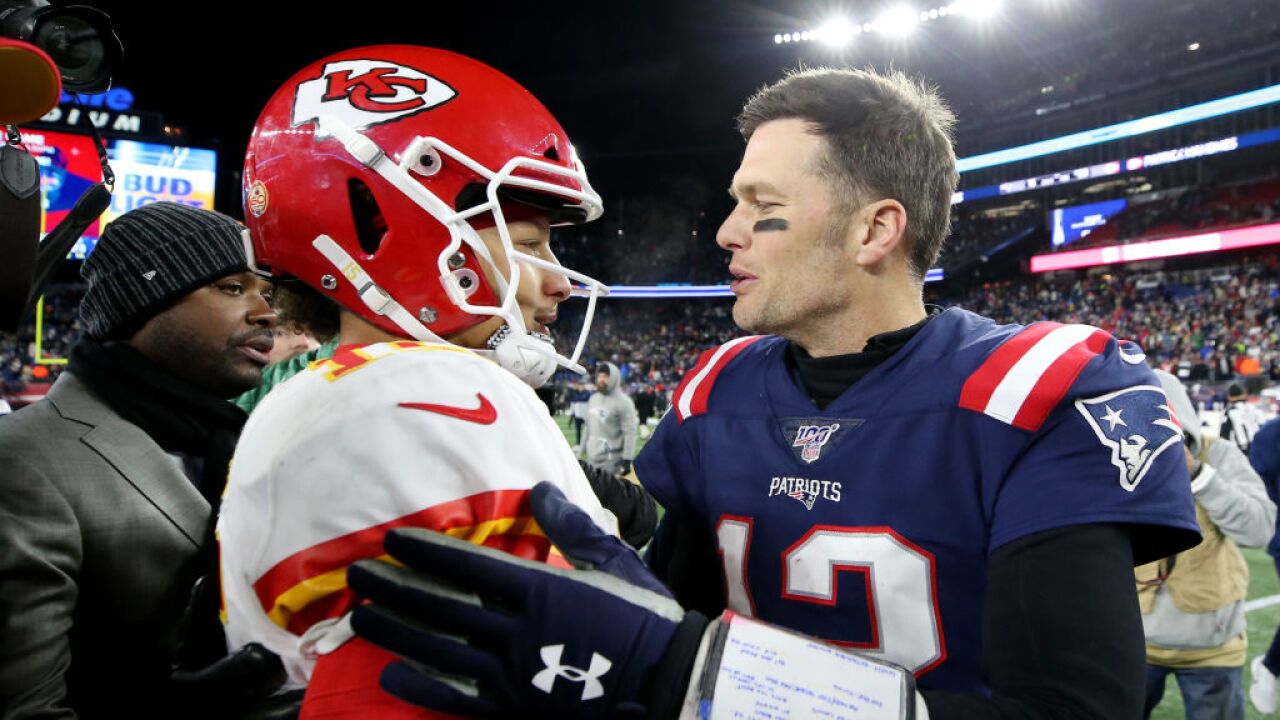 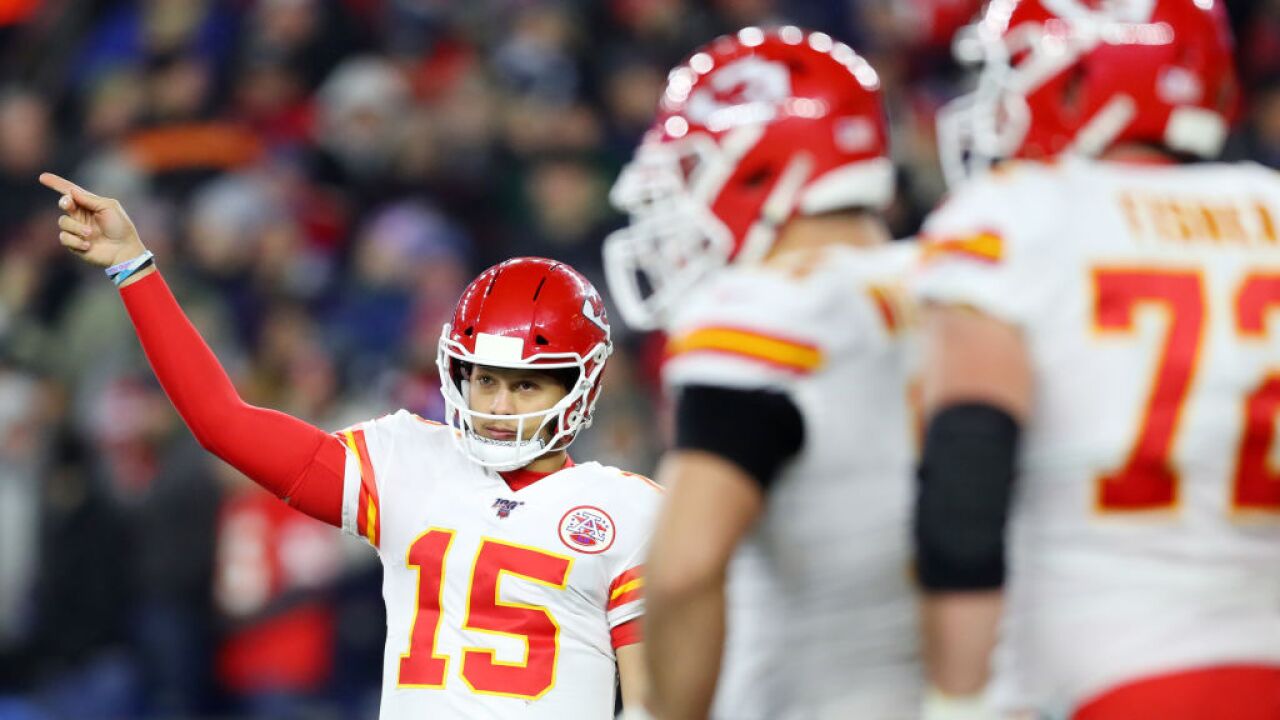 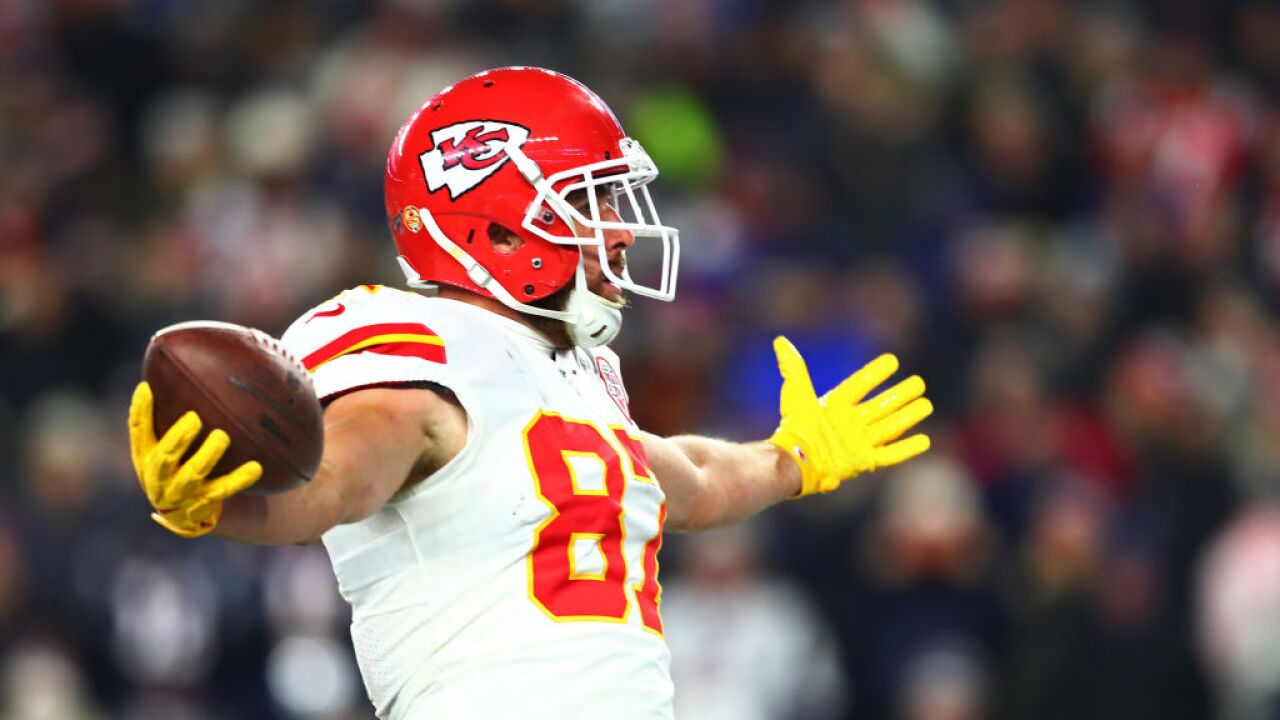 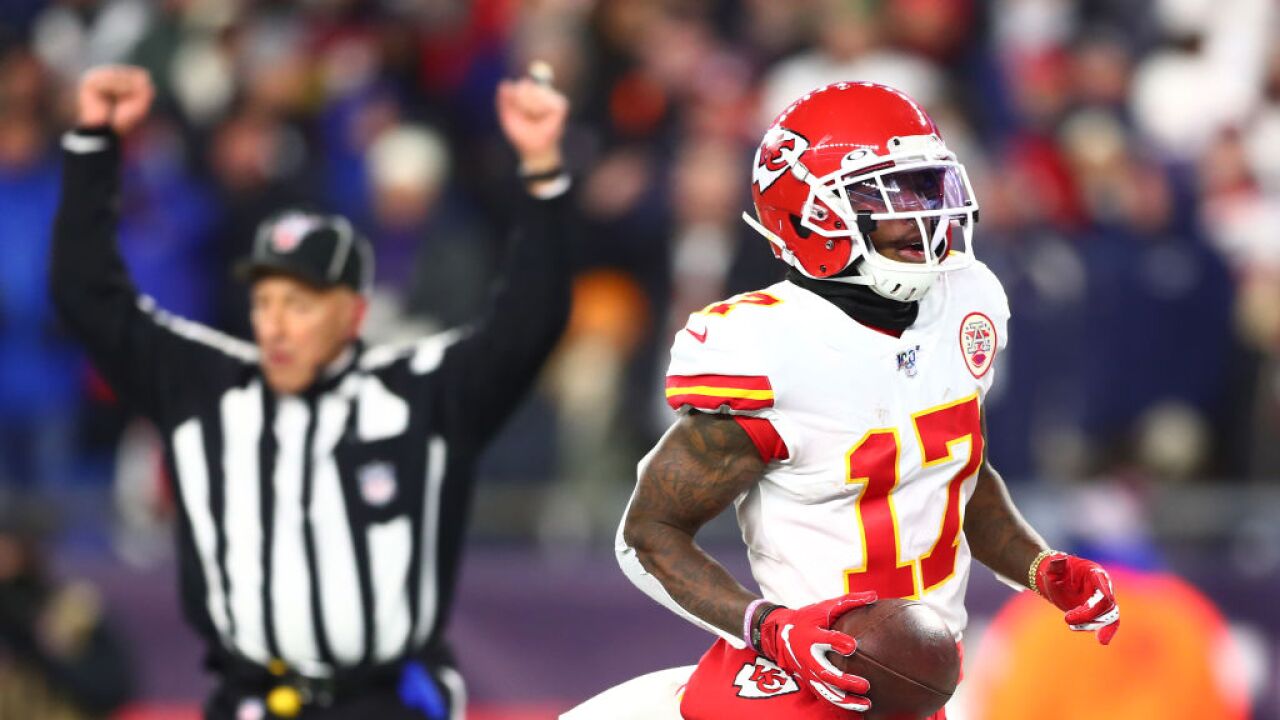 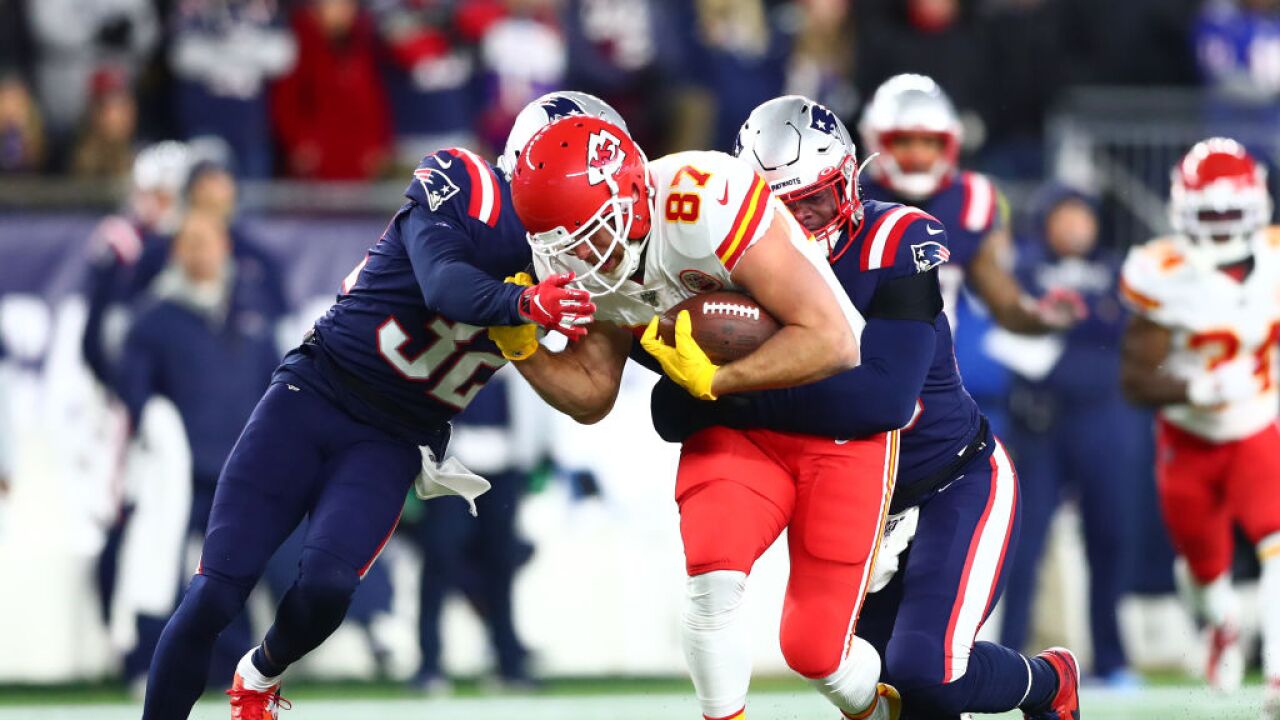 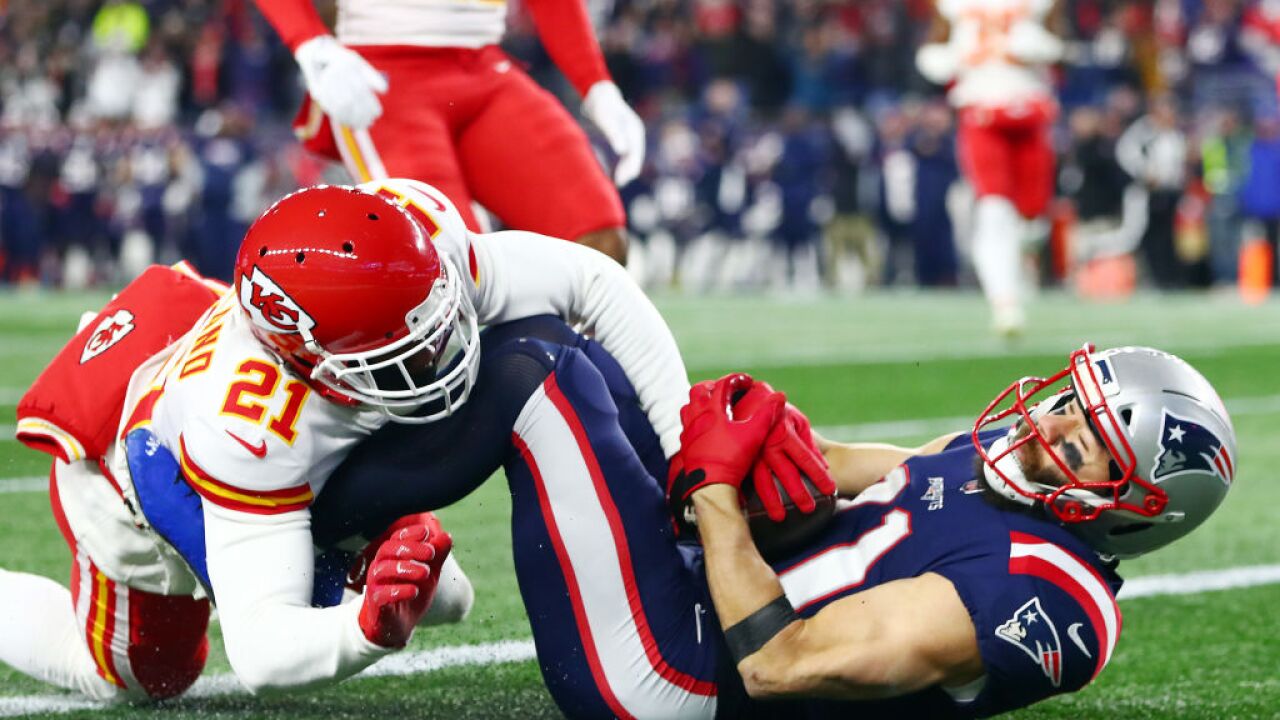 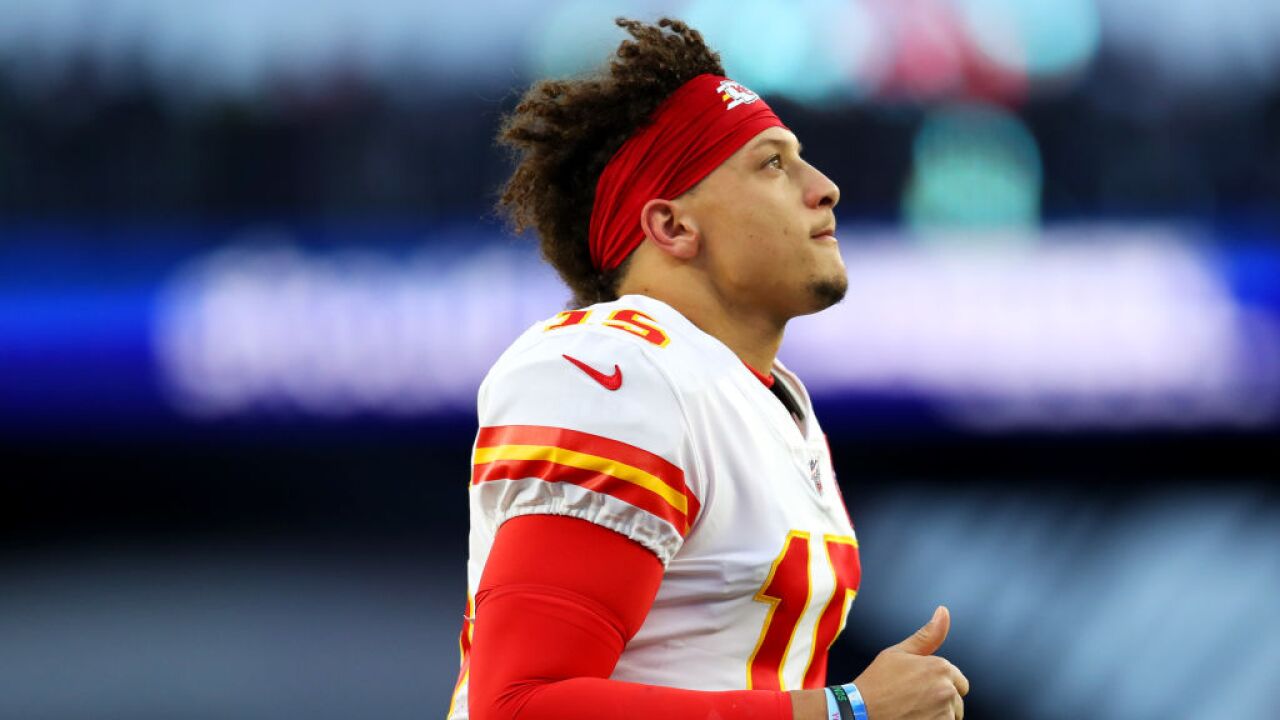 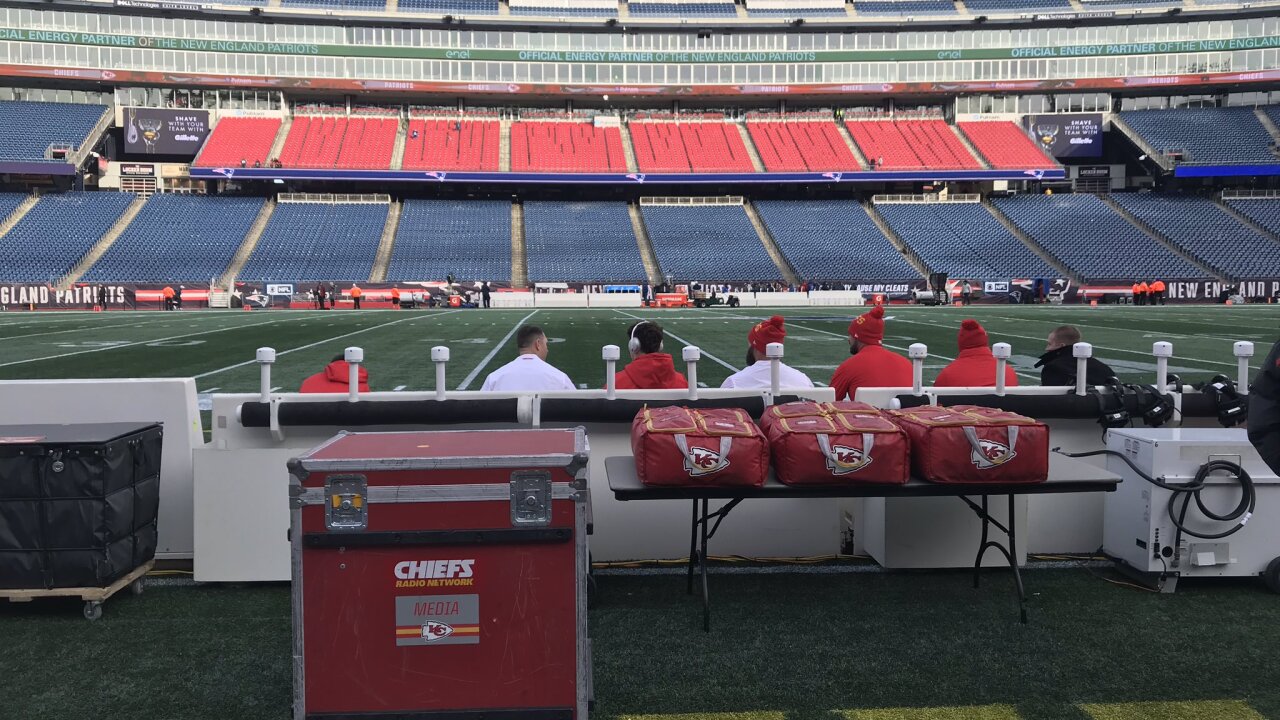 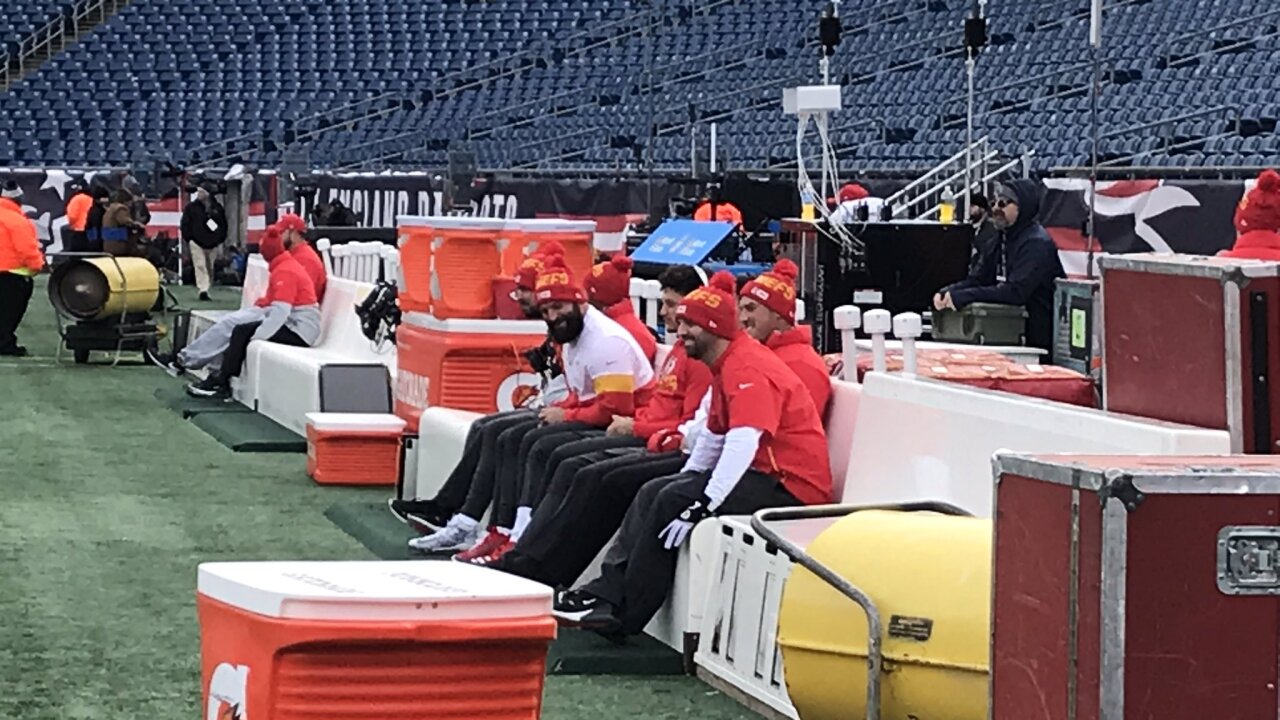 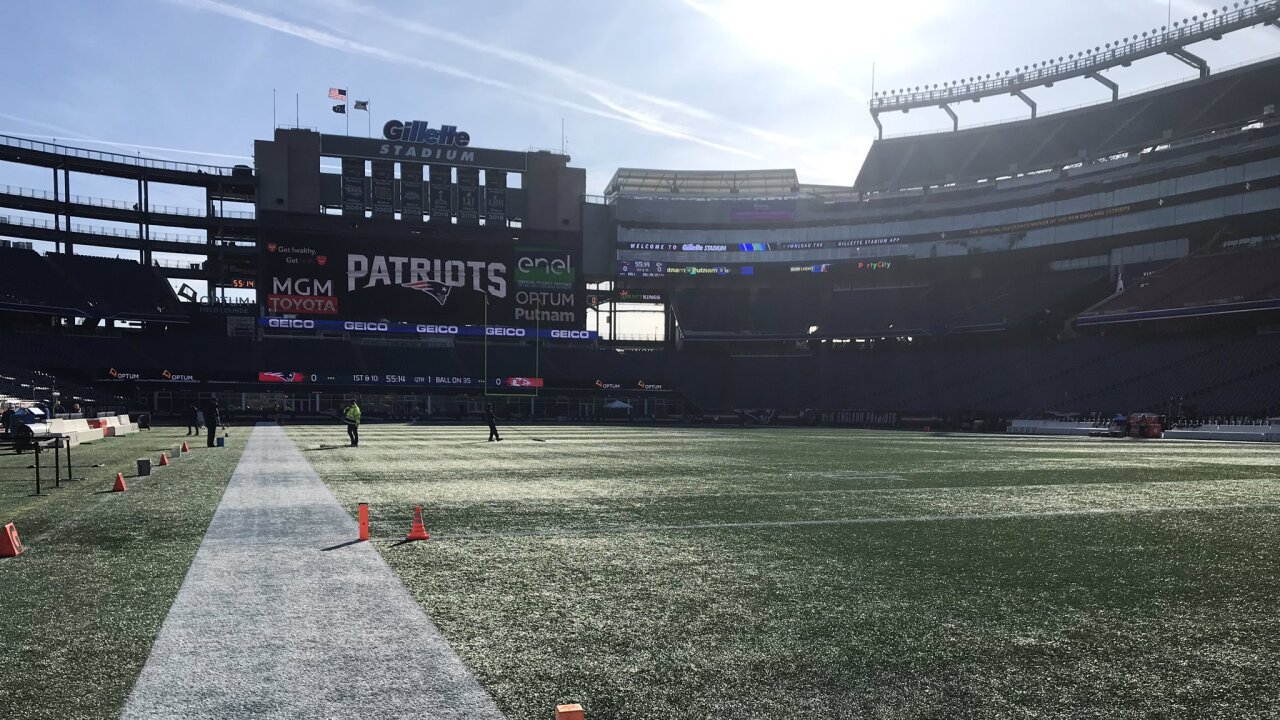 Nearly a year after losing in overtime to the New England Patriots in last year’s AFC Championship game, the Kansas City Chiefs held off the reigning Super Bowl Champions 23-16.

With the win, the Chiefs move to 9-4 on the season, and thanks to a loss by the Oakland Raiders, earned another AFC West Championship.

After falling into an early hole on a Patriots opening-drive touchdown and a Patrick Mahomes interception, the Chiefs came to life in the second quarter, scoring 17 points.

The intensity turned up several notches in the third quarter as the Chiefs added a field goal, though a Patriots touchdown cut into the lead.

The Chiefs return home next Sunday for an AFC West battle with the resurgent Denver Broncos, who defeated the Houston Texans 38-24 in Houston on Sunday.

SECOND HALF, 6:24PM | As the Chiefs take the ball midday through the fourth quarter, the Tennessee Titans defeated the Oakland Raiders. A win by the Chiefs will give them the AFC West title.

SECOND HALF, 6:08PM | The Patriots convert on a field goal to open 4th quarter scoring. Chiefs lead down to 23-16.

SECOND HALF, 5:56PM | A promising Chiefs drive ended on a Travis Kelce fumble. The Chiefs enter the fourth quarter with a 23-13 lead.

SECOND HALF, 5:38PM | Following a blocked punt, the New England Patriots came back to life with a touchdown, but the Chiefs were able to hold the Patriots on the two-point conversion. The Chiefs lead is 23-13.

HALFTIME: The Chiefs shrugged off an early touchdown by the Patriots and an interception by Patrick Mahomes to go into halftime with a 20-7 lead.

FIRST HALF, 4:23PM | The Chiefs match the flea-flicker from the Patriots with a direct snap TD from Travis Kelce! An extra point extends the Chiefs lead to 17-7.

FIRST HALF, 4:15PM | Patrick Mahomes connected with Mecole Hardman for a touchdown. An extra point gave the Chiefs a 10-7 lead early in the second quarter.

FIRST HALF, 4:05PM | The first quarter is in the books with the Patriots leading 7-3. The Chiefs have the ball and are driving.

FIRST HALF 4PM | The Chiefs defense holds on a 3rd and 3, and blocks a Patriots field goal attempt. Chiefs will take over with good field position.

FIRST HALF, 3:41PM | After a Patrick Mahomes interception near midfield, the Chiefs defense forced a 3-and-out from the Patriots. Chiefs' second drive starts with 10:58 left in the first quarter.

FIRST HALF, 3:32PM | A pair of penalties against the Chiefs, followed by a trick play have the Chiefs tailing the Patriots 7-0 with 12:34 left in the first quarter.

FIRST HALF, 3:25PM | The Patrios and Chiefs have kicked off from Gillette Stadium.

PREGAME, 2PM | Injuries have been a defining role in the Kansas City Chiefs 2019 campaign, but most of the team looks to be back today against the New England Patriots.

In the final inactive report released Sunday afternoon, Chiefs DE Frank Clark will take the field after batting an illness during the week.

The missing equipment has arrived and is being rushed to Chiefs locker room pic.twitter.com/rht6hhc4qK

PREGAME, 1:30PM | 41 Action News Today anchor Taylor Hemness, who is with the team in Foxboro, spoke with a team official who said the gear should be arriving at the stadium "shortly."

PREGAME, 1PM | While we wait for kickoff today, some Chiefs players are also waiting for their gear.

A report from ESPN’s Adam Schefter early Sunday afternoon said the team failed to unload the gear of 35 players from the plane.

Chiefs’ gear for today’s game mistakenly was sent to New Jersey instead and is now on its way to Foxboro, sources tell ESPN.https://t.co/JftFYCuHaj

The gear, which included helmets and shoulder pads, according to the report, wound up in New Jersey.

The gear is being rushed back to Foxboro and should arrive before kickoff.

EARLIER | Kansas City Chiefs fans circled this game on the calendar when the 2019 schedule was announced.

It’s a rematch of last season’s AFC Championship Game, but the stakes aren’t nearly as high in this meeting at 3:25 p.m. Sunday at Gillette Stadium in Foxborough, Massachusetts.

For New England, a win would allow them to keep pace or even retake the top spot in the AFC pecking order from Baltimore in the race for home-field advantage in the postseason.

The Buffalo Bills are nipping at the Patriots’ heels in the AFC East race as well, so it’s a key game for coach Bill Belichick and company.
As the 4th and 1 podcast crew explained, the Chiefs are in great position to claim a fourth straight AFC West title after last week’s demolition of the Oakland Raiders.

But any chance to move up to the No. 2 seed — and a critical opening-weekend bye in the playoffs — hinge on Kansas City winning out and getting help in the form of an additional New England loss and a loss by the Houston Texans.

For a deeper dive based on extensive film study into the the Chiefs’ keys to victory, check out expert analyst Nick Jacobs’ weekly game plan, which hones in on schemes and tactics that may impact the game.

The Chiefs will be without two cornerbacks, Morris Claiborne and rookie Rashad Fenton, while running back Damien Williams remains sidelined for a second consecutive week. Defensive end Frank Clark and safety Jordan Lucas are questionable.

Frank Clark and Jordan Lucas are questionable for Sunday's game.

Unfortunately, Kansas City also will be without running back Darrel Williams for the rest of the season. He was placed on injured reserve with a hamstring injury.

That’s why the Chiefs brought back Spencer Ware, re-signing the veteran running back for positional depth.

Ware will not be wearing special cleats as part of the NFL’s My Cause My Cleats weekend, but several other players will have unique and artistic designs that celebrate causes close to their hearts.

[GALLERY: Chiefs’ My Cause My Cleats shoes]

Away from the field, the Chiefs announced a new radio partner beginning in 2020. Games will no longer air on KCFX-FM 101.1 The Fox and the team severed its relationship with WHB-AM Sports Radio 810.

Finally, in other Chiefs news, defensive end Breeland Speaks, who is currently on injured reserve as he rehabs a torn ACL, has been suspended for four games, according to multiple reports.

Although he is on IR, Chiefs DE Breeland Speaks has been suspended for the next four weeks of the 2019 season. Speaks is rehabbing a torn ACL.

It doesn’t impact the Chiefs on the field, especially after the decision earlier thi week to designate defensive tackle Xavier Williams as eligible to return from IR, but Speaks will forfeit four game checks.

If you missed coach Andy Reid’s press conference or quarterback Patrick Mahomes’ comments from Wednesday, check it out here:

You also can check out the coordinators’ press conferences from Thursday: