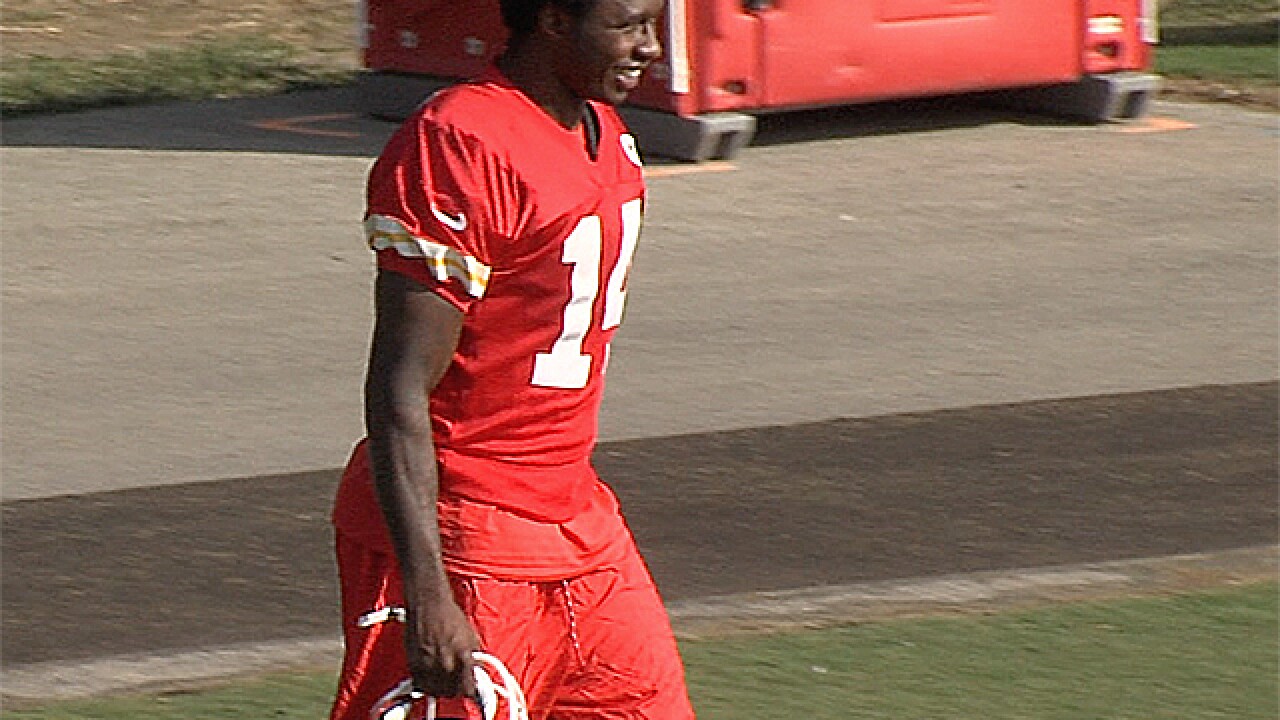 ST. JOSEPH, Mo. -- He was a multi-sport, standout athlete in high school. He was so good in college, he skipped his senior year. He was a first round pick. And now he is being counted on in his first year as a Chiefs' starter.

No, we're not talking about Patrick Mahomes - for once.

"I don't have to come here and be somebody I'm not," said the new Chiefs wide receiver.

That's ironic because, while Watkins was saying that in front of the media last week at Chiefs training camp in St. Joseph, he was sporting a new hairdo for the first time in a dozen years.

"I just woke up one morning and decided to cut it," he said.

As sudden as a break on a slant route, Watkins changed directions on his most identifiable feature: his dreadlocks.

"I kind of just wanted to be different this season," said Watkins. "And just be about business."

A fresh start makes sense. Although his 2017 numbers weren't terrible -- 39 receptions, 593 yards, 8 TDs with the Rams -- they also weren't up to his standards.

His previous three seasons in Buffalo saw Watkins average 66 yards receiving per game, as opposed to his 39 yards/game average in Los Angeles.

Now, he joins a Chiefs offense that resembles the Rams in the number of weapons.

Rams coach Sean McVay and Chiefs coach Andy Reid are two of the offensive think-tank leaders in the NFL these days. Watkins has had them in back-to-back years.

"It's special. They like things a certain type of way and if you're doing it that way, you'll get the ball," said Watkins.

That's the plan for Sammy in Kansas City. And, so far, chopping off his hair is the closest he's come to rocking the boat.

"I love Sammy's attitude and his work ethic," said Reid. "He's a quiet guy, but he's all business. I love the way he goes about it. True pro."

Even though this isn't an article about Mahomes - for once - he did chime in about his new receiver.

"I think the first time I recognized Sammy was playing NCAA 2013 or whatever," said Mahomes. "That was when he was at Clemson. So that is when I knew him and the great athlete that he was."

It's true. Watkins was a first team All-American as a freshman at Clemson. Only four players in the history of college football can say that.

So, yeah, in a way Sammy will still be a "dreaded" wide receiver.