Next up: Chiefs host Bengals on Sunday night football 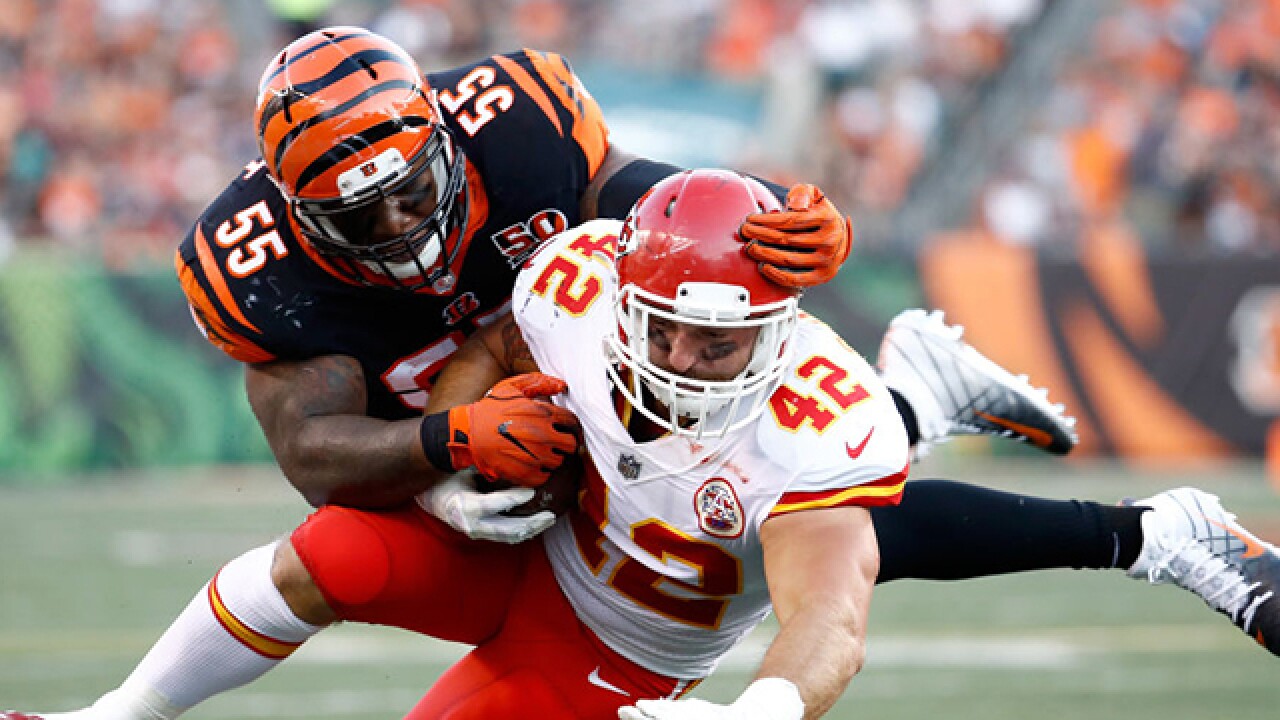 KANSAS CITY, Mo. – If you follow the Kansas City Chiefs on Twitter, you’ve probably come across tweets from our Nick Jacobs.

While Nick’s been off this week, he’s still tweeting his expert analysis for Chiefs fans on Twitter.

The Chiefs are on Sunday Night Football for the second consecutive week, this time playing at Arrowhead Stadium against the 4-2 Cincinnati Bengals.

It’s also the second straight week the Chiefs will square off against a division leader.

In the Bengals, their defense is only marginally more effective than the Chiefs defense in the number of yards allowed per game, ranking 29th in the league (the Chiefs are 32nd in yards allowed).

On offense, the Chiefs' success isn’t a surprise, as they rank in the top five in the league in yards per game, yards per play and points per game.

After allowing 43 points to the Patriots, it might be the defense’s turn to figure something out. Nick says that might come down to just playing and not thinking.

I’ve broken a lot of it down on #JacobsEyeInTheSky. Part is DL not keeping the blockers off ILB. Part is they can’t shed blocks. Part is they are reading so much and having to react instead of attack. I see players that are having to think too much IMO. https://t.co/n0TrvEl6lY

A bright spot from Sunday’s game against the Patriots was cornerback Jordan Lucas. Coming off an interception late in the Jaguars game, Lucas continued his solid play in New England. Can he keep it up? Nick thinks yes, and is excited for Lucas’ future.

Like the Chiefs, the Bengals got off to a hot start, going 4-1 before losing on a late drive last week to the Pittsburgh Steelers.

Resurgent quarterback Andy Dalton has put up 1,674 yards on the season, not too far behind the 1,865 yards from Chiefs quarterback Patrick Mahomes.

The Bengals’ top two receivers – A.J. Green and Tyler Boyd – have combined for 949 receiving yards, just 100 yards less than what the top two Chiefs receivers – Tyreek Hill and Travis Kelce – have put up.

It all adds up to what could be a competitive game, and that’s what the Bengals have given the Chiefs over the years.

In the last 10 meetings, Cincinnati is 7-3 against the Chiefs, including winning the last four in a row.