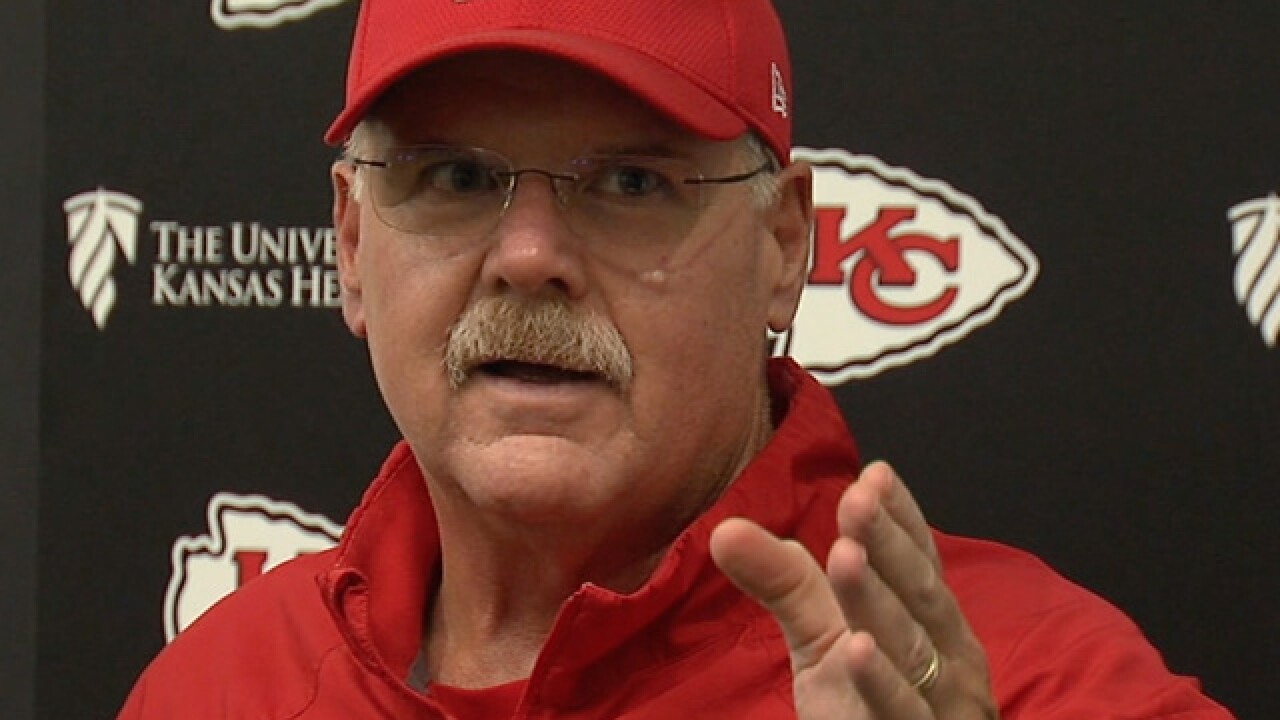 KANSAS CITY, Mo. -- Each season brings plenty of question marks despite the previous outcomes but the for the Kansas City Chiefs, this season brings a new era and plenty of unknowns. Here are the five pillars of 2018 Chiefs Campaign.

1. Reinventing the offense
The Chiefs west coast scheme was primarily designed around the skill set of Alex Smith. The former first overall pick thrived on accuracy, throwing the ball within a 20-yard vicinity and avoiding risk. Head coach Andy Reid and his offensive staff built what brought out the best in Smith and gave him confidence. The offense now enters an somewhat unfamiliar transition between a cautious quarterback versus a player who will throw his receivers open in tight windows. Countless times over the years, some Chiefs receivers would slow down on their routes if Smith wasn't looking their way. Now with Patrick Mahomes, receivers will feel like there is a chance to get the ball on every play.  That can change the mentality of an offense. It holds the 10 other players on offense more accountable each play to perform their role but also gives them a belief that the play is never over and there is always hope.

2. Can the offensive line maintain their protection on the five to seven-step drops?
The benefit for the Chiefs offensive line with Alex Smith was his athletic ability to escape if needed and he typically got the ball out quickly before a rush could cause serious damage to the starting quarterback. Mahomes in preseason had a tendency to flush himself outside the pocket and expose him to free shots from a defender charging full speed. The addition of Sammy Watkins alongside Tyreek Hill, Travis Kelce and Mahomes' arm will allow the Chiefs to push the ball deeper downfield. Pass protection on Mahomes left side will become crucial to give him the necessary time to feel comfortable and confident in pushing the ball deep as the season wears on. The offensive line has a unique challenge ahead this season.

3. Altering the defensive mentality
After the Chiefs made their second and third round selections on draft night, Chiefs general manager Brett Veach made an interesting comment that stuck out. "You play a home playoff game and the team drives the ball and chews up nine minutes on the clock. That's not good enough. Sometimes it just comes down to having guys that are wired right. Guys that want to line up and play four quarters of football. Our need is to just get tougher." It was an honest and refreshing quote from the Chiefs primary decision maker. The evolution of the Chiefs defense has been one that went from an attacking scheme to a prevent scheme, then a run stopping scheme and a bend but don't break. The defense never had an identity. It constantly evolved based on the personnel that saw the field. For the football team to make a championship run, it will need a mentality that is collectively believed, a consistent identity and a refusal to be denied.

4. Bob Sutton's willingness to adjust
The Chiefs front office spent a significant amount of their resources this off-season improving the personnel at the defensive coordinators disposal. The roster is younger, faster and cheaper. Sutton has arguably become predictable on certain downs and distances about what package he will put out there, what coverage they will execute and how many rushers they will bring. Teams have countered this tendency by manipulating their packages to isolate certain flaws in that predictability. Sutton has a great deal of pressure on him this season. The team needs a reliable defense to keep the ball in Mahomes' hands and the score within a reasonable striking distance. The front office did their part, its now up to Sutton to deliver on his responsibility.

5. Who are the tempo setters?
The Chiefs era under Reid has been looking for consistent leaders that could set the tempo when it mattered and command a locker room. The offense relied on Jamaal Charles to create their spark and the defense looked to Tamba Hali, Derrick Johnson and Eric Berry for guidance.  Berry appeared to provide the strongest jolt for the roster during his 2016 campaign, but an Achilles injury ended that quickly in 2017. With Charles, Hali and Johnson no longer apart of the organization, the locker room now finds itself in need of a fresh and impactful voice. Mahomes’ voice needs to be the loudest and most respected in that locker room. He and Berry must be the trend setters until others on the roster can make their mark.

Football is back in less than two weeks but these topics mentioned above will define the direction.