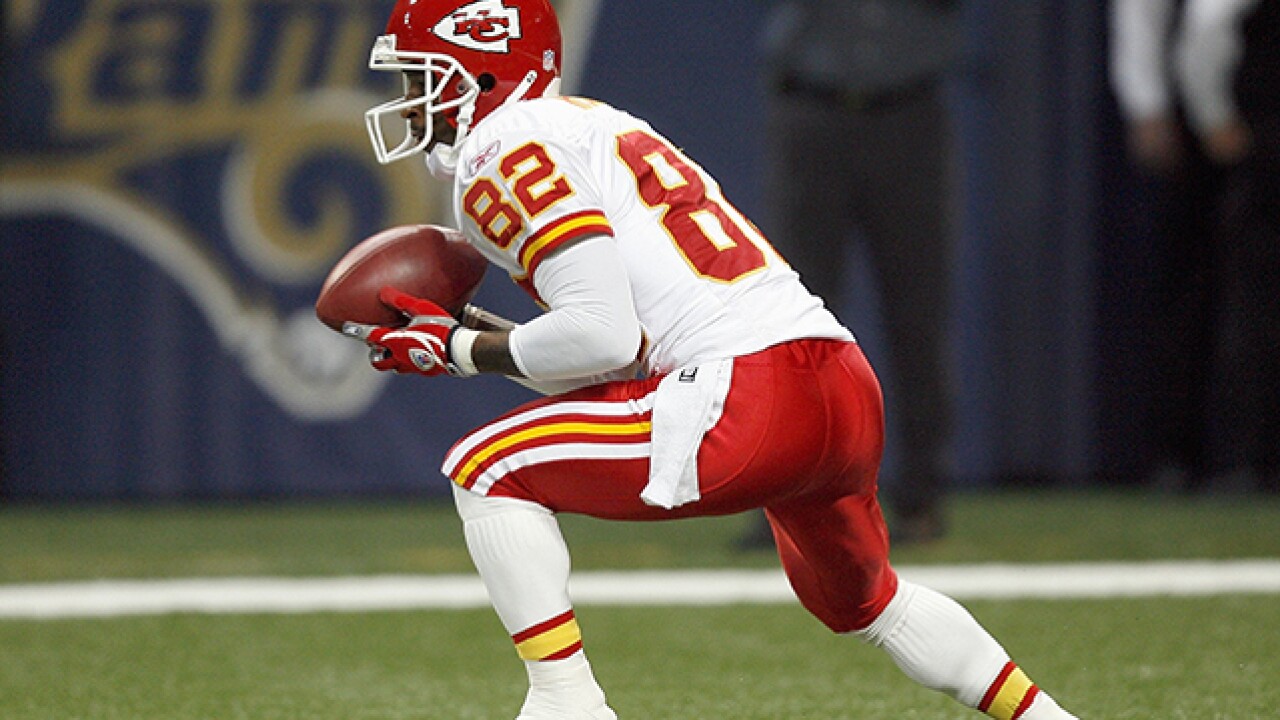 Copyright 2018 Scripps Media, Inc. All rights reserved. This material may not be published, broadcast, rewritten, or redistributed.
Dilip Vishwanat
<p>ST. LOUIS - NOVEMBER 5: Dante Hall #82 of the Kansas City Chiefs carries the ball during the game against the St. Louis Rams on November 5, 2006 at the Edward Jones Dome in St. Louis, Missouri. The Chiefs defeated the Rams 31-17. (Photo by Dilip Vishwanat/Getty Images)</p>

ST. JOSEPH, Mo. – Dozens of former Kansas City Chiefs players attended training camp on Saturday to watch the team they still know and love, prepare for the second preseason game against the Atlanta Falcons on Friday.

Among the former players was Dante Hall, who said he’s ready to come out of retirement to play for head coach Andy Reid and quarterback Patrick Mahomes.Hall also joked about a potential race against current Chiefs wide receiver, Tyreek Hill, one of the fastest players in the NFL.

“He better not let the old man beat him, I know that,” Hall said with a laugh.

Hall, who played for the Chiefs for seven seasons, holds the Chiefs record for most punt and kickoff return touchdowns in franchise history.

Hill, meanwhile has been a Pro Bowl returner in each of his two NFL seasons.

The two have made names for themselves that justify their speed: “The Human Joystick” and “Cheetah,” which leads to the constant comparisons in their game.

“A lot of people compare us right, but when I look at our styles, I think we are very different,” said Hall. “I do not have his speed, but he doesn’t have my quickness. I do not have his hands that he had early on, I developed some okay hands but I think he has pretty good hands, so I know people like to make that comparison but I also see a lot of differences in our game.”

During his time with the Chiefs, (2000-2006), Hall set several team records and still holds the record for career kickoff returns, (6), and punt returns for touchdowns, (5). That includes his unbelievable 93-yard punt return against the Denver Broncos in 2003.

The “Cheetah,” could soon be gaining on him. In two seasons with the Chiefs, Hill returned three punts and one kickoff for a touchdown.

When watching Hill play, many focus on his speed, but Hall said the current Chief is much more than just that.

“I mean, if you think he’s just a speed guy than you don’t know football and your eyes are deceiving you because I see a lot more in this kid, he’s tough, for him to switch from running back to receiver as I did and have adjusted this quickly, he’s only what, going into his third year, I think that’s very impressive because that’s not an easy adjustment,” said Hall.