What to watch for: Smith aims to solidify role, Springs hopes to keep turning heads in preseason 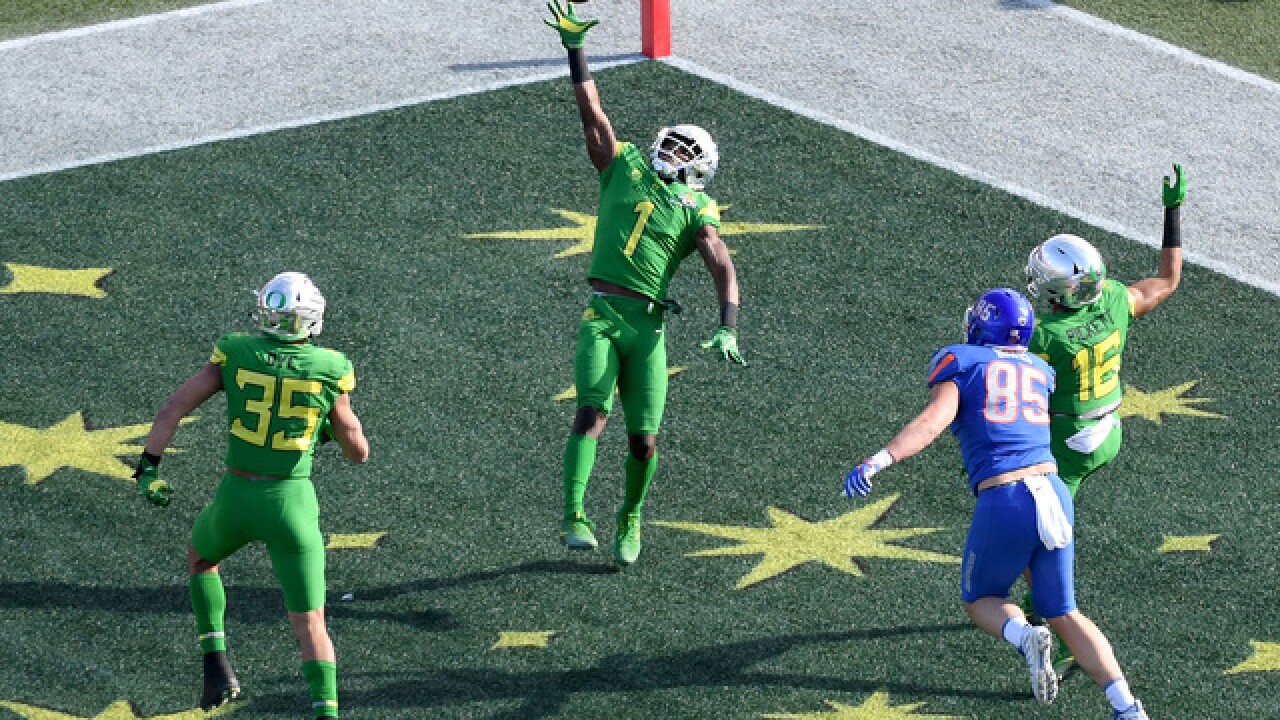 Copyright 2018 Scripps Media, Inc. All rights reserved. This material may not be published, broadcast, rewritten, or redistributed.
Ethan Miller
<p>Oregon Ducks cornerback Arrion Springs (1) — shown here intercepting a pass in the end zone Dec. 16, 2017, against Boise State during the Las Vegas Bowl at Sam Boyd Stadium in Las Vegas — will make his debut with the Kansas City Chiefs during a preseason game Thursday against the Houston Texans at Arrowhead Stadium.</p> 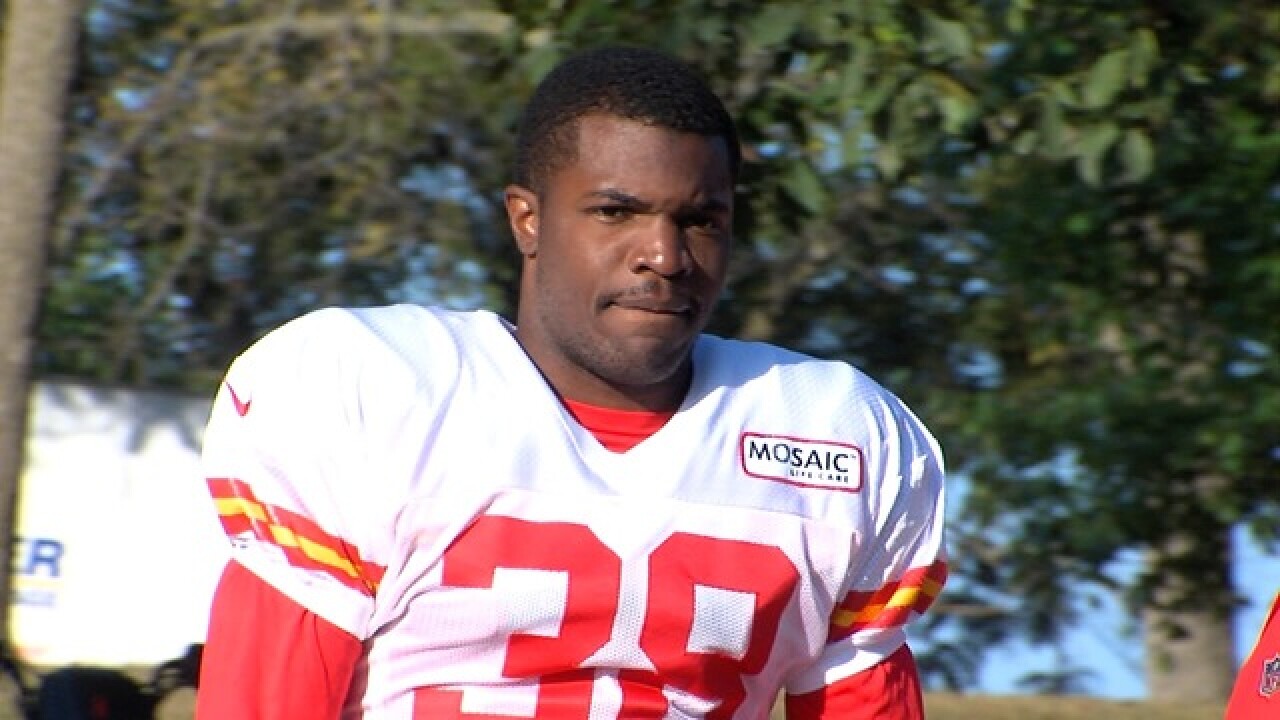 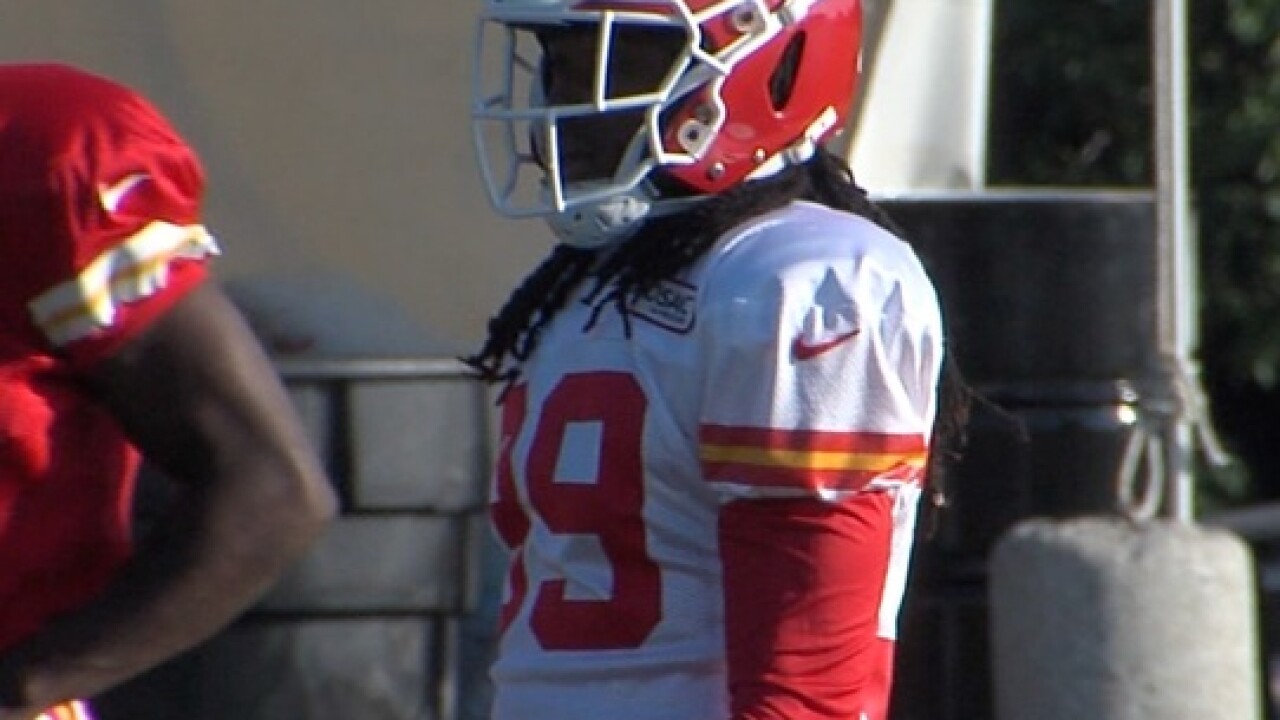 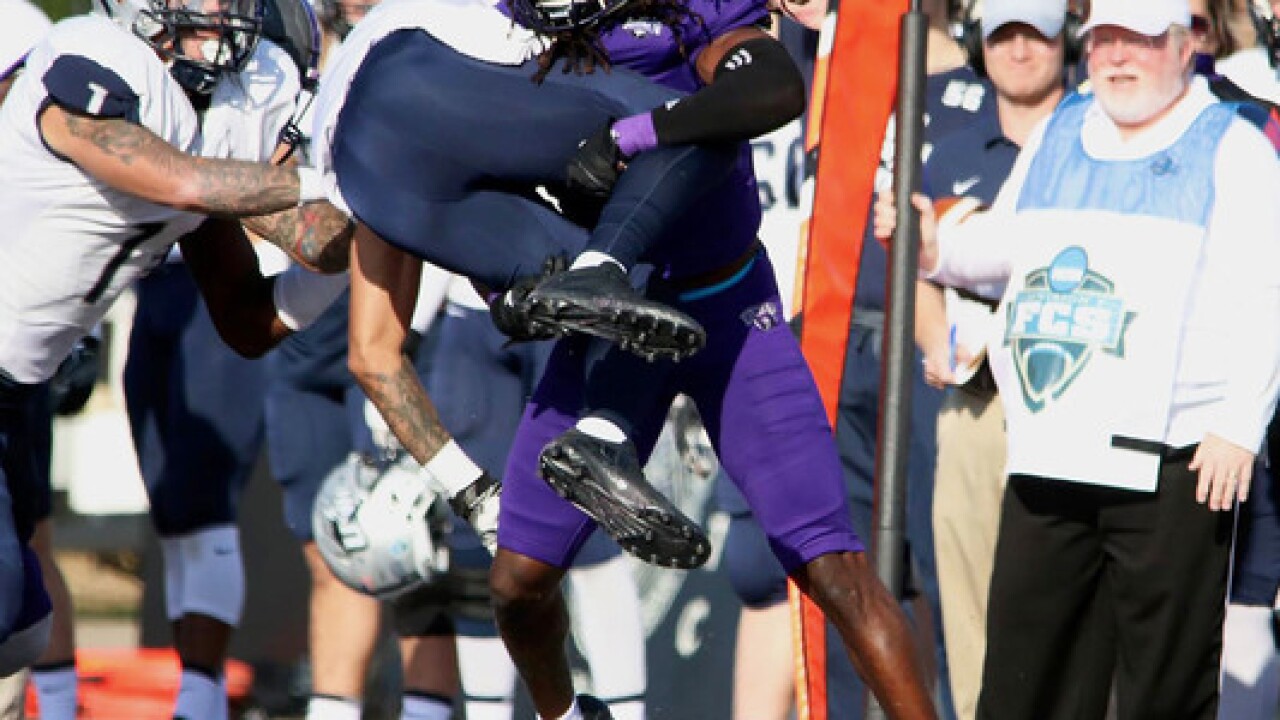 ST. JOSEPH, Mo. — There are plenty of mile markers during the more than seven-month NFL offseason, but few are as exciting as the first preseason game.

Yes, the game plans — to the extent there is a real game plan — are vanilla. The offenses and defenses are as basic as possible.

Most fans understand that it’s not necessarily great football, but it signals the games that do count are coming sooner rather than later.

Understandably, most fans are likely to scrutinize every twitch by quarterback Patrick Mahomes when the Chiefs open the preseason at 7:30 p.m. on Thursday against the Houston Texans at Arrowhead Stadium.

Honestly, though, we aren’t going to learn much about Mahomes’ NFL future during the couple series he plays.

That begs the question, what is something Chiefs fans can zero in on for those 3 1/2 hours.
How about an intriguing pair of rookie corners — Tremon Smith (6-0, 190), a sixth-round pick from Central Arkansas last spring, and Arrion Springs (5-10, 208), a college free agent signing out of Oregon?

“A guy that stands out in my mind right now is Tremon,” assistant head coach/special teams coordinator Dave Toub said. “Tremon, he’s really coming on as a corner. We’re also really developing him as a returner. As a kick returner and punt returner, he showed a little punt-return skill today, the way he catches the ball and gets to the top speed so fast. It’s pretty impressive.”

No rookies made the first string on the Chiefs’ first depth chart, but Smith is one of four on the second team, including three on defense.

He and Springs also are a position the Chiefs remade during the offseason.

It’s an understandably exciting time for Smith with an actual game, preseason or not, in an NFL stadium against NFL players and before an NFL-sized crowd.

“I’m real excited,” Smith said. “It’ll be the biggest stadium I’ve ever played in in my life, the most people in attendance for a game I’ve been in. I’m just looking forward to it and hoping to feed off the crowd.”

Smith said he expects to be more nervous for the game than any other game since his freshman year in college.

“But we practice each and every day and I’m prepared for the game situations, so really it’s more excited,” Smith said.

Immediately after Tuesday’s practice, Smith hadn’t been told what his snap count for the game would be, though he’s listed as the second-string right cornerback behind Kendall Fuller and the second-string kickoff returner behind De’Anthony Thomas.

He’s likely to see a lot of action and is eager for whatever role defensive coordinator Bob Sutton and special teams coach Dave Toub have planned for him.

“Wherever they put me at — whether it’s gunner, corner, kick return, punt return — I’m doing it to the best of my ability,” Smith said.

Ask any of the Chiefs’ coaches who they’re looking forward to seeing and Smith’s name is among the first to spill out.

“I am curious to see how he does in the games,” head coach Andy Reid said of Smith. “He is a talented kid. He does have great return ability and has done well in the corner spot too. That’s been a plus.”

Toub thinks Smith may be the second-fastest player on the team, behind only wide receiver Tyreek Hill, but it’s not just the raw talent that is so tantalizing.

“My man-to-man technique, being able to do whatever (defensive coordinator) Bob Sutton wants, stay close to receivers and contest every ball,  just being able to run with anybody out there, catch punts and kicks — all the things I showed in college,” Smith said. “I just have to keep doing those things.”

Smith’s spot on the 53-man roster is fairly well assured already, but Springs has a much steeper hill to climb if he’s going to remain on the roster after the Sept. 1 cut.

Currently, he’s fourth on the depth chart at left cornerback behind Steve Nelson, David Amerson and Keith Reaser, but that could start to change in a very real way if Springs shines under Arrowhead’s bright lights.

Springs said he’s picked up the playbook quickly, which has helped him turn some heads early in camp.
“That allows me to play faster … and that’s helped me out a lot,” Springs said.

He’s seeking consistency, like most players, and said that’s mostly a mental game. It’s why he begins each morning with meditation to clear his mind for the practice ahead.

Springs appreciates the challenge he receives on a daily basis going against the Chiefs’ wide receivers — including Tyreek Hill, Sammy Watkins, and Marcus Kemp among others.

“You can’t have any off days and any slack when you go against the ones and twos,” Springs said. “Those guys are all so good, but it definitely is getting me ready for what I’m going to see in the games.”