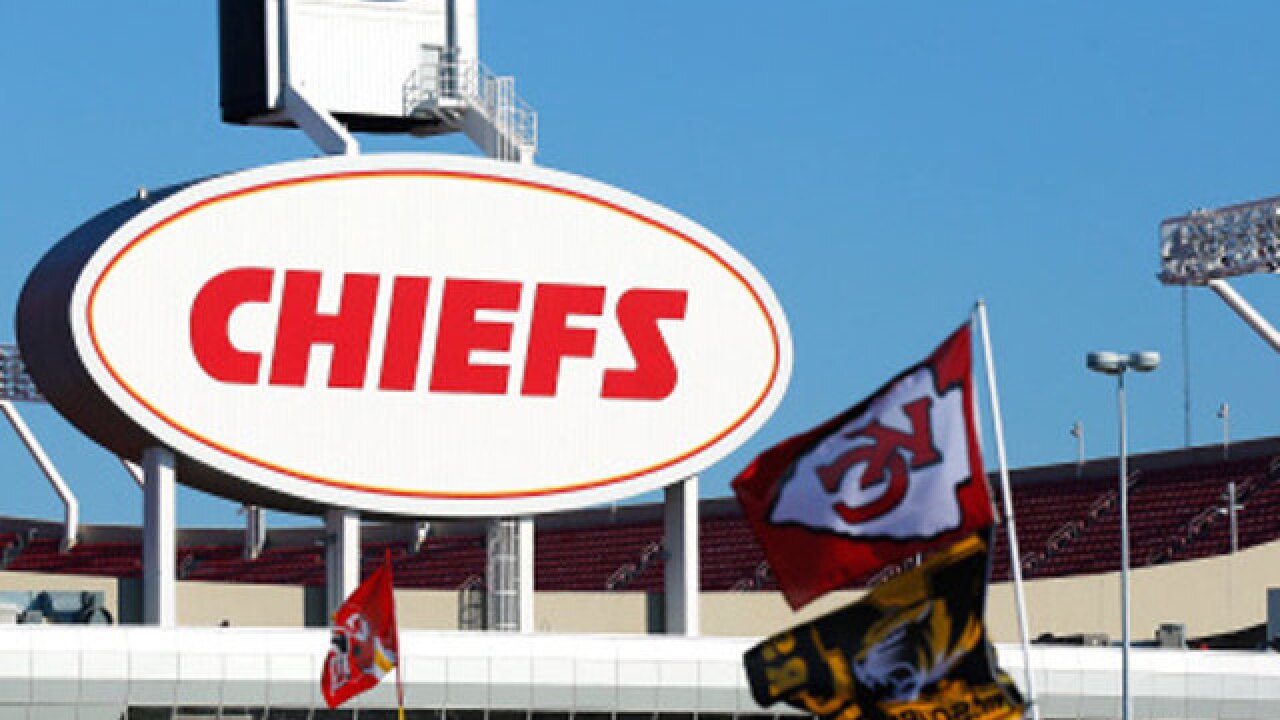 St. Joseph, Mo. -  With the Chiefs' first preseason game on the horizon, here is a projection of what could be the 53-man roster. General manager Brett Veach and his scouting department will have some tough decisions ahead with quality depth at most positions. These predictions are based on observations at six training camp practices.

Mahomes is feeling his way in the offense during camp. The coaching staff has done a great job giving him a variation of looks that he is likely to see in games. The former tenth-overall pick has had ups and downs but is without question their most talented quarterback. His consistency will improve with reps.

Henne looked inaccurate during the first weekend of training camp but found a groove the following weekend. He has become more comfortable in the offense and is now more consistent in his accuracy and placement, as well as his velocity on the football.

Litton saw a bump in time with the third team offense. The undrafted free agent looks the part in size. He’s also put a better spin on the ball with more consistent accuracy than the five-year veteran Matt McGloin. Litton is still adjusting to the speed of the game but he still has a ceiling that hasn't been reached while McGloin has arguably reached his.

Hunt is established as the number one back. Ware looks like he has regained his form from the previous season and has some increased flexibility in the repaired leg. The fifth-year veteran looks quicker this season and confident in his cuts. Damien Williams has seen an extensive amount of time with the first-team offense. He has been a favorite check down target for Mahomes and also is very efficient in pass protection.

Kerwynn Williams is arguably the fastest running back on the roster. He is very explosive and hits the holes without hesitation. He has also shared time as a returner on special teams and is better than expected in pass protection.

Sherman is the leader of the group. He’s a great blocker that can be used as a blocking tight end if needed, and he’s also one of the best special teams performers on the roster.

West sustained a concussion the opening weekend of training camp and hasn't returned to the field since. He struggled with his explosiveness and in pass protection before his injury. West is also the most expensive back on the roster by $800k. Darrel Williams is worthy of practice squad consideration with his catching ability, running style and deceptive quickness.

Wide receiver will arguably be the toughest position for the Chiefs to make roster cuts. The team could let go of six receivers who will find other homes on NFL rosters at some point.

Hill and Watkins will be the Chiefs’ top two starters. Robinson could see time in slot and on the outside. Dieter has improved his route running from the previous season and has become a strong possession receiver. And Pringle has found consistency in the slot and can also be a solid returner. He is willing to fight for the football and has an impressive vertical.

Chesson is a great gunner and a strong possession receiver who is willing to climb the ladder for a catch.

Conley doesn't appear to have regained his full form. He looked to have burst during the opening weekend of camp but after a week the explosiveness appeared to be gone and defenders were back in his hip pocket on most receptions. With less than a year of recovery, the former third-round pick could likely use more time.

Thomas is likely competing with Dieter and Pringle at the receiver position and as returners. He might need to beat out Chesson as a gunner on special teams. Right now Dieter and Pringle have shown a stronger ceiling that remains untapped while Thomas is still trying to find a role five seasons later.

Kemp could find himself on the 53-man roster but the final three have shown more throughout the practices. Mack looks uncomfortable at the receiver position right now and will need more time to acclimate but has long term promise at tight end or as a possession receiver. Braverman needs more time on the practice squad to tighten up his route running.

Kelce is locked in at the top spot. Harris has been running extensively with the first team offense and is a consistent contributor on special teams. The third tight end position is what is up for grabs at this point. Amaro has had a more consistent camp in terms of catching the football and route running. Ellis saw some time with the first team offense and has jumped up to the third spot. Wright has had multiple drops in camp and lacks the explosiveness he needs for his size.

The Chiefs typically dress seven linemen on game day. Erving, Ehinger and Witzmann can all play guard and tackle. Erving is capable of being the backup center. The line has some intriguing long term prospects in Dillon Gordon, Ryan Hunter, Kahlil McKenzie and Jimmy Murray. All have the athletic ability to succeed in the NFL but are raw in their technique. They would all benefit from time on the practice squad but they may not be able to sneak some of them there.

The Chiefs have spent a majority of camp in sub-packages that typically only require two defensive linemen early on. They can afford to go with the five above.

Chris Jones looks quicker this season and has lost some weight. He looks most consistent with his effort and pad level. Williams would benefit from being a rotational nose tackle for pass rush purposes but is capable of playing all three downs.

Nnadi is a stout run-stuffing nose tackle who would be ideal on run downs early on. Jenkins is solid against the run and capable of filling in for Jones or Bailey in base packages.

The Chiefs top four positions are likely settled. Zombo is a strong special teams performer and reliable veteran but is 31 years old in a defensive youth movement. Holmes has shown flashes as a pass rusher around the edge. Rob McCray has great quickness around the edge but likely needs more time to refine his pass rush at this level.

The Chiefs typically keep five inside linebackers with the fifth player being a strong special teams contributor. Smith has been a reliable special teams performer but is reaching the point in year three where it will either come together or the ceiling will have been reached.

Davidson has shone at times during camp. Niemann spent some time with the first team defense after several inside linebackers missed time due to injury. The undrafted rookie out of Iowa showed solid speed and that the game wasn't too first for him at this level.

Fuller has been arguably the best coverage corner in camp. He understands how to use his body to keep inside leverage and is rarely beat. Nelson has had his strongest camp to date. He has been physical at corner, maintained great position and stays in defenders hip pockets. Amerson comes in at the left cornerback position in sub-packages and has looked comfortable in his new role.

The spotlight hasn't appeared too big for Tremon Smith. He has consistently lined up and performed at a high level against every receiver he has faced. Smith has also been very valuable on special teams as a returner. Springs has pushed hard for a spot on the 53. He has been physical at the corner position and come up with multiple interceptions.

Springs hasn't typically been out of position and is willing to get physical when necessary. Dorleant and Redmond are both two corners who could also find themselves on the active roster.

The Chiefs typically keep five safeties because of the amount of sub-packages they are in. This season with the return of Berry from an Achilles injury, it is likely smart to maintain a fifth safety for the rotation.

Murray has seen a solid amount of time with the first team defense and has also been the personal protector in punt formations. McQuay appears to be more comfortable in his reads and range, and Watts is slowly working his way back from the ankle injury.

Golden brings the Steelers' mentality to the secondary. Despite running with the third team defense, he could be on the active roster after Daniel Sorensen’s injury. Sorensen is listed on the injured reserve because of his projected time table to return.

All three should be locked in unless there is a serious injury before the season begins.