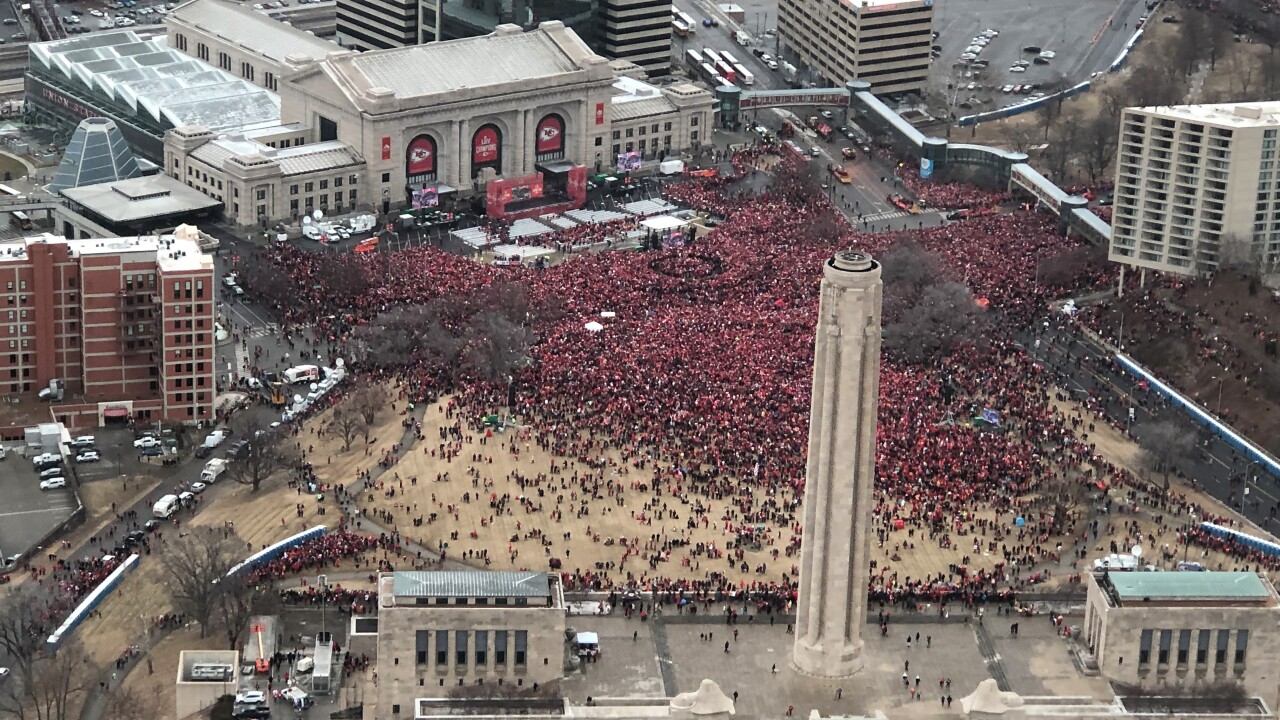 KANSAS CITY, Mo. — Several notable former Chiefs were in Kansas City for the Chiefs Kingdom Champions Parade on Wednesday in celebration of the franchise’s first title in 50 years.

Among them was Chiefs’ all-time leading rusher Jamaal Charles, who stopped by the 41 Action News set at Union Station before the parade-ending pep rally.

Charles played four seasons under Reid with the Chiefs from 2013-2016 before retiring after the 2018 season.

Charles called the parade “one of the best experiences of my life.”

He also said Reid texted him and told him “he was a big part of this” with respect to the Chiefs’ first Super Bowl in a half-century, even if he wasn’t on the roster.

“Coach Reid came in and built a winning tradition,” Charles said. “When he came in, we just took off from there.”

Former Chiefs kicker Nick Lowery, who was in Miami for the franchise’s Super Bowl LIV victory Sunday against the San Francisco 49ers, also made it to town for the parade and marveled at the 2019 Chiefs.

“There’s only one team that could have done what we did,” Lowery said of the three straight double-digit rallies in the postseason. “This team has not only a champion on it, but they are great people. This is the best team I’ve ever seen. I’m willing to say even better than the team I was on in ‘94 with Joe Montana.”

Former Chiefs general manager Carl Peterson, who traded for Montana at the end of the Hall of Fame quarterback’s career, said he sees similarities with Mahomes.

“Obviously, Mahomes has a little more athleticism — can move and run better, certainly than Joe could towards the end of his career,” Peterson said. “But he is the same in regards to getting the ball to the right receiver on time, and he is amazing with his arm strength.”

Carl Peterson at the Chiefs parade

The Chiefs were perennial playoff participants and Super Bowl contenders during Peterson’s tenure from 1989-2008, but postseason success proved elusive.

It was the combination of Reid and new Chiefs General Manager Brett Veach, which finally produced a Super Bowl breakthrough.

“Andy completed the mission,” Peterson said. “I’m very, very pleased and happy and proud of him.”

All of Kansas City seemed to feel the same way.

“This is iconic; it’s epic,” Charles said of the parade turnout. “You can’t describe it. You feel cold, but you just see all this and it just makes you want to tear up.”

Temperatures hovered below freezing with wind chills in the upper teens as crowds dealt with periods of snow before the parade.

Former Chiefs wide receiver Dwayne Bowe also was in awe of the crowd, which he said was bigger than any he’d ever seen, and compared the pep rally atmosphere to game day.

“I would have gave one of my legs to play with Mahomes,” Bowe said.

Dwayne Bowe: 'Would have gave one my legs to play with Mahomes'

That’s especially true after watching him guide the Chiefs to a furious fourth-quarter rally against the 49ers, though Charles said he was never really worried.

“I knew they had Pat at quarterback, the right person to have in that situation,” Charles said.