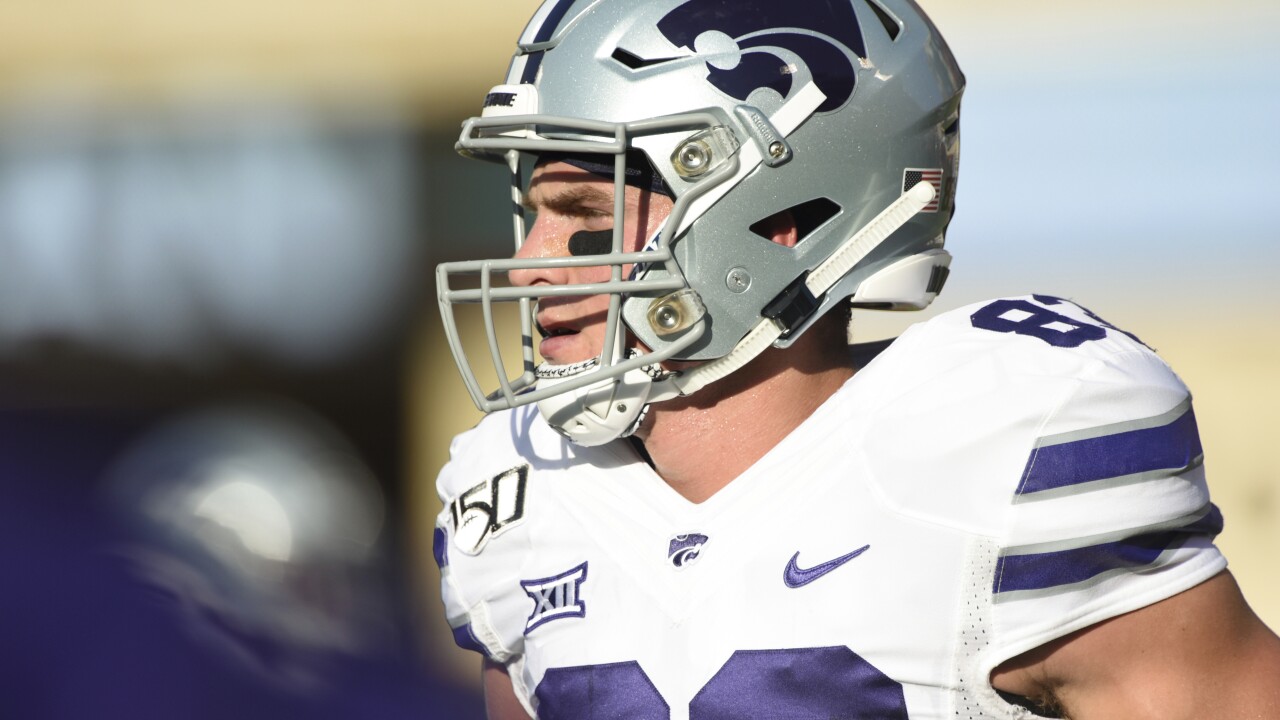 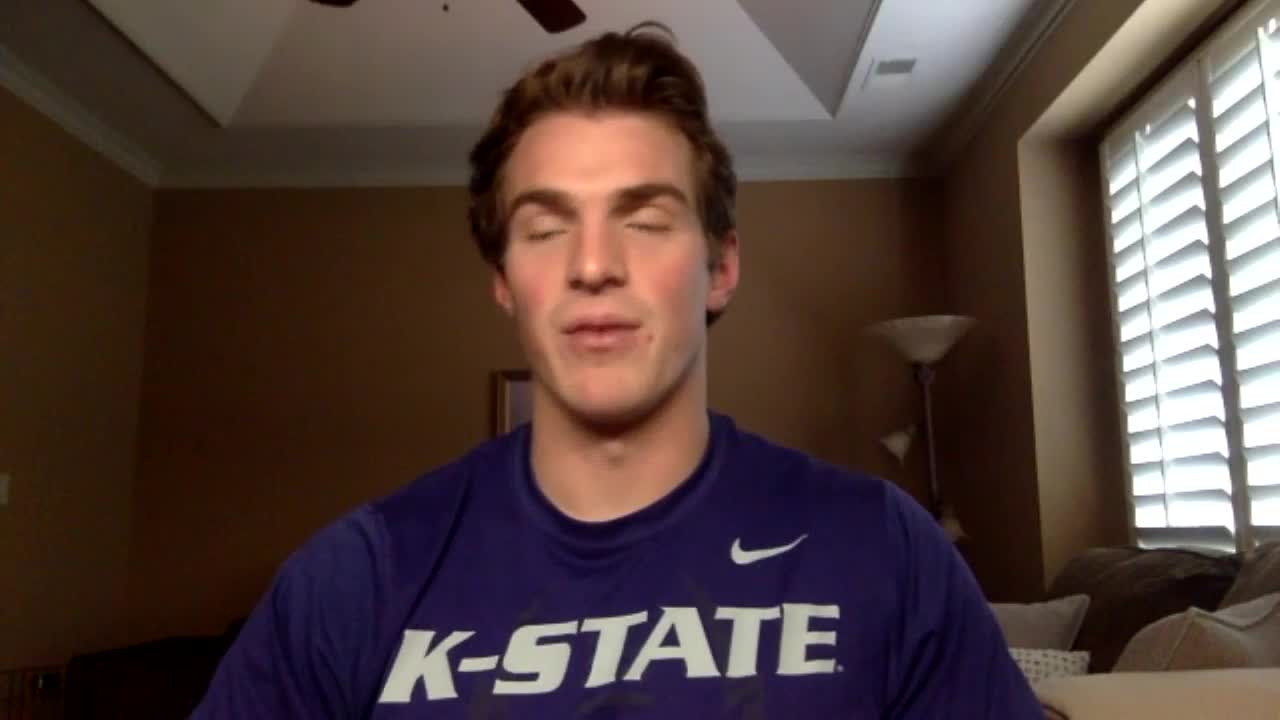 OVERLAND PARK, Kan. — Timing is everything. Especially in the NFL.

"The big thing for me is that I was really fortunate to actually have my Pro Day," said Dalton Schoen.

You see, Kansas State scheduled an early Pro Day for its senior football players on March 4. As usual, the Wildcats showed off their skills in front of NFL scouts.

Just days later, NFL teams began pulling their scouts off the road because of the coronavirus pandemic. K-State players had been seen; most other schools' talent had not.

"I think we were one of, like, six schools in the nation to actually have it (a Pro Day)," said Schoen, a Kansas State and Blue Valley Northwest grad.

That was big for Schoen, who wasn't drafted but did sign an undrafted free agent contract with the Los Angeles Chargers shortly after the draft.

What was bigger was Schoen proving to those scouts that he had one of the NFL's most valued commodities: speed. He ran an official 4.47 40-yard dash.

"I knew that that was going to be a big thing for me to go run that 40 to show them that I am fast and prove them wrong a little bit."

The wide receiver now joins a team with open spots at that position.

"I felt like that was an area where I could go in and compete for a job and have the best opportunity for success," said Schoen.

As he puts it, he had to beg his way onto the team at K-State where he was accepted as a walk-on, basically the NFL equivalent of being an undrafted free agent.

"I'm going to do whatever takes," said Schoen. "It's going to be weird going back to the bottom of the totem pole but I think I'm pretty well prepared for that being a walk-on and having to fight for everything I ever got at K-State."

Eventually, his sophomore year, Schoen got put on scholarship in Manhattan. He became a Wildcat team captain and was Honorable Mention All--Big 12 as a senior.

"I'm just going to throw everything I have at this opportunity and just go for it."