Game Plan: Here's what the Chiefs need to do to win AFC Championship 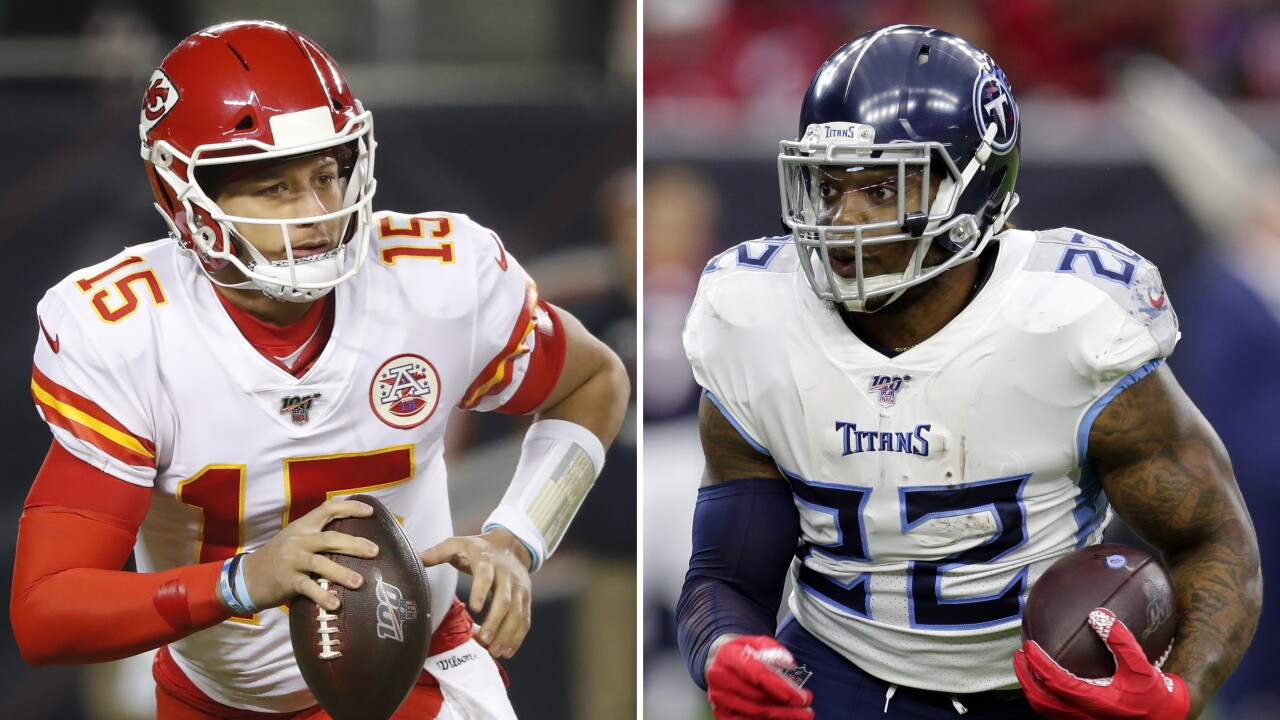 KANSAS CITY, Mo. — The Chiefs find themselves in the same spot they were a year earlier: a home game at Arrowhead Stadium with the Lamar Hunt trophy on the line.

The Tennessee Titans come into town likely wanting to limit the Chiefs' offensive possessions and challenge Kansas City’s toughness with the run game.

The Titans have handed the Chiefs four consecutive losses since 2014 with their physical style of play. Kansas City will welcome the NFL rushing champion Derrick Henry on a cold January afternoon.

Tennessee is a physical football team that wants to challenge defenses with a physical offensive line and an aggressive zone running game. They will utilize play-action pass to keep a defense honest. Their identity runs through Derrick Henry though.

Defensive coordinator Dean Pees likes to utilize zone coverage to force opponents to work their way down the field and keep balance for their rushing offense. They like to stop opponents on third downs and force turnovers. It is primarily what their defense is built on.

Here is how Kansas City can avoid that and make their first Super Bowl trip since 1969.

Start Fast
Kansas City can not put themselves into a similar 24-0 hole like they did against the Houston Texans. The Chiefs must be focused, come out with intensity, be precise in their execution and be explosive immediately. The Titans are all that stands in the Chiefs way of a Super Bowl. The team must execute on the field by converting drives on offense and scoring touchdowns in the redzone. The defense needs to force a couple three and outs and set the tempo of the game. Kansas City needs to strike early and take the momentum from the Titans.

Set a new line of scrimmage
Derrick Henry shines when he is allowed to run north and south with a 5 to 8-yard build up. The Titans like to place Henry five to 10 yards deep behind the line of scrimmage depending on the situation and point in the game. It allows him to be at full speed by the time he hits the hole. This strategy also allows the offensive line to have sufficient time at setting up their blocks and Henry can find the hole immediately when he presses the line of scrimmage.

Henry starts to find his dominant rhythm in the third quarter and starts gashing teams with cutback runs late in the third and fourth quarters. Kansas City needs to make his second half runs irrelevant or even non existent.

Get Kelce, Hill and Hardman clean releases and windows
The Titans will have to make the decision on if they want to run traditional zone, double Kelce, Hill or disrupt the Chiefs timing with a more physical style in coverage. Kansas City must be prepared to run bunch formations, stacks and motions behind the line of scrimmage to allow these three receivers to take advantage of all three tactics they might see. All three can help each other create voids in the defense to capitalize on their coverage and create explosive plays.

Run off tackle and utilize the screen
The Titans lack ideal perimeter speed in their front seven. They can stuff power runs from tackle-to-tackle, but lack the dynamic speed to stop opponents from running off tackle, pitches, tosses and screen passes. Kansas City can find some ability to move the chains blending some of these plays in with their explosive offense.

Disrupt AJ Brown and Jonnu Smith
The Titans passing offense runs through these two. AJ Brown has great size, strong hands and explosive speed to outrun defensive backs on crossing routes, slants and out-leap on vertical passes. The Chiefs will have to disrupt his releases off the line and take away his routes over the middle. Smith is a good blend of size and speed for a tight end. Not many tight ends could run a jet sweep for explosive plays on a routine basis. These two feast on the play-action passes when a defense is stacked in the box.

Keep the special teams tight
Two players to remember are returner Kalif Raymond and Joshua Kalu. Kalu will be remembered for his field goal block that won the Titans their earlier matchup in week 10. Kalu must be accounted for on punts, field goals and extra points. He has the speed around the edge to turn the tide of a game. Raymond must be properly contained on return lanes or he has the speed to take it the distance.

Kansas City might experience some hiccups in their matchups, but if the Chiefs follow a similar blue print they should be hoisting the Lamar Hunt trophy in the house that Lamar built.