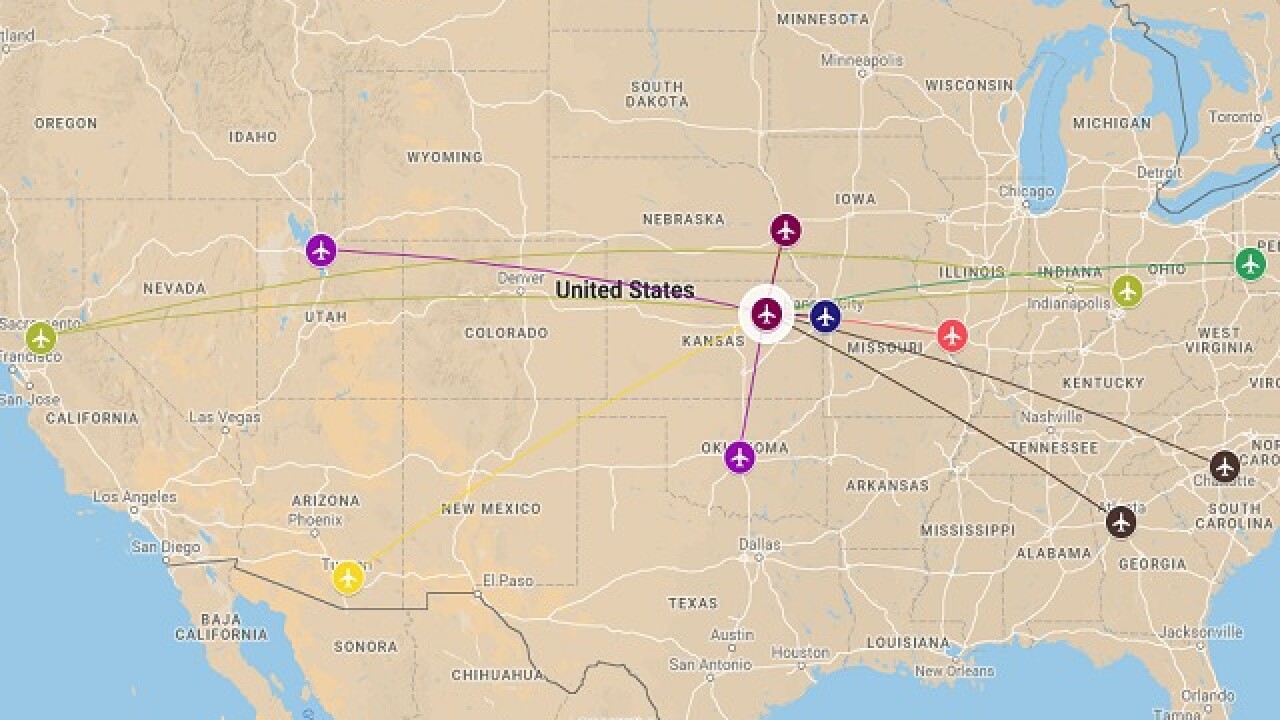 Copyright 2018 Scripps Media, Inc. All rights reserved. This material may not be published, broadcast, rewritten, or redistributed.
<p>A Map of K-State Tournament travel since 2008. Map via Google Maps.</p>

KANSAS CITY, Mo. -- The University of Kansas and Kansas State University are separated by roughly 85 miles.

They both have pretty good men's basketball teams.

But when it comes to playing in the NCAA Tournament, one team travels many more miles than the other.

It's been 10 years since the Jayhawks won the National Championship. Since then, the team has made the NCAA Tournament every year, advancing deep into the tournament several years.

During the last 10 years, the team has played 39 tournament games (including Friday's Sweet 16 game against Clemson). During those games, the team has traveled roughly 13,121 miles to attend the various venues.

That's right: The Wildcats have played 22 fewer NCAA Tournament games since 2008 but have traveled 1,200 miles more than their in-state rival.

The travel difference is intentional.

The NCAA Tournament rewards better teams with games closer to home. That allows more of the fan's teams to attend the games. It also gives a small home-court advantage to the already better team.

So the next time KU fans have any gripes about having to travel to attend a tournament game, they need to remember they've had it pretty good.