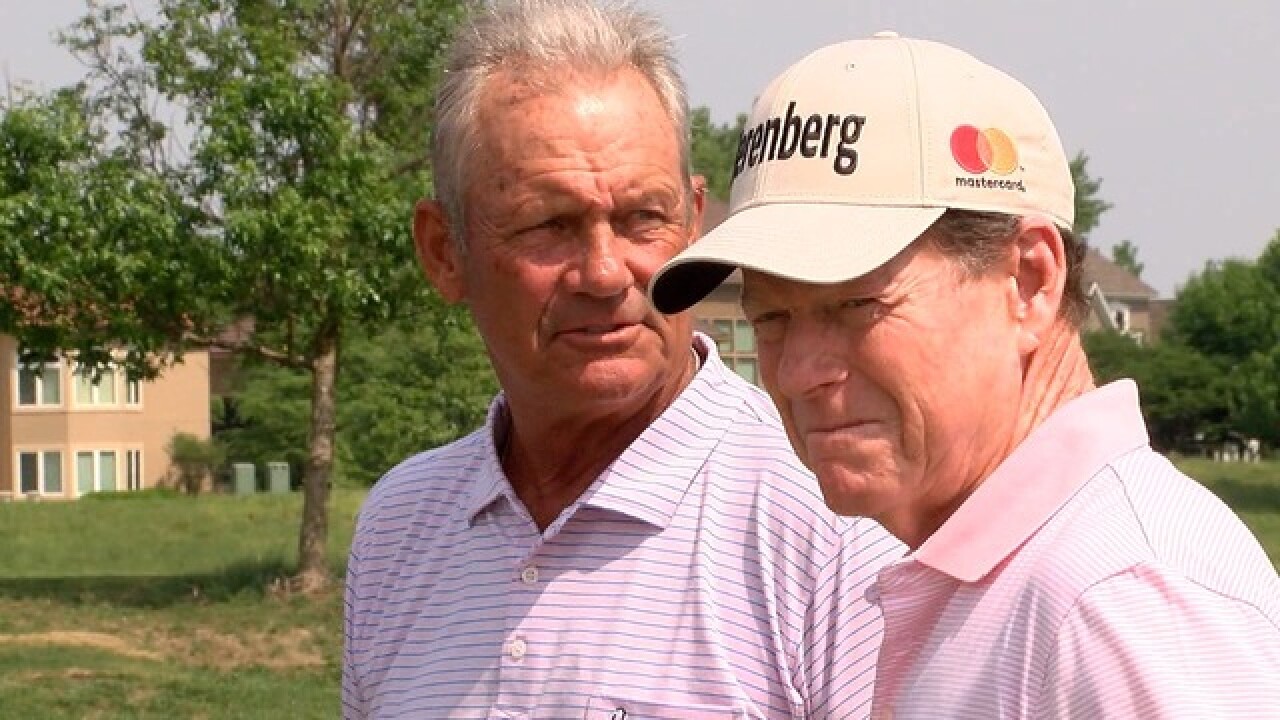 Copyright 2018 Scripps Media, Inc. All rights reserved. This material may not be published, broadcast, rewritten, or redistributed.
<p>George Brett (left) and Tom Watson (right) wait to take pictures with the next group of people at the Joe McGuff ALS Golf Classic.</p> 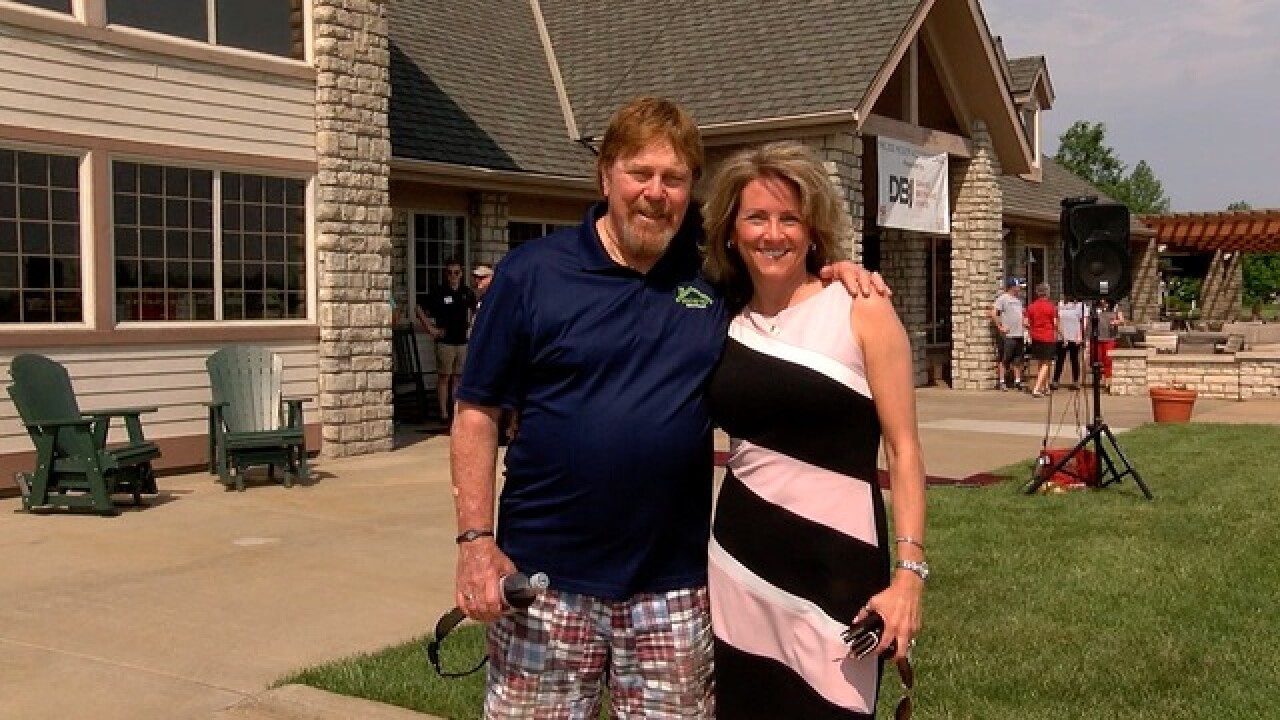 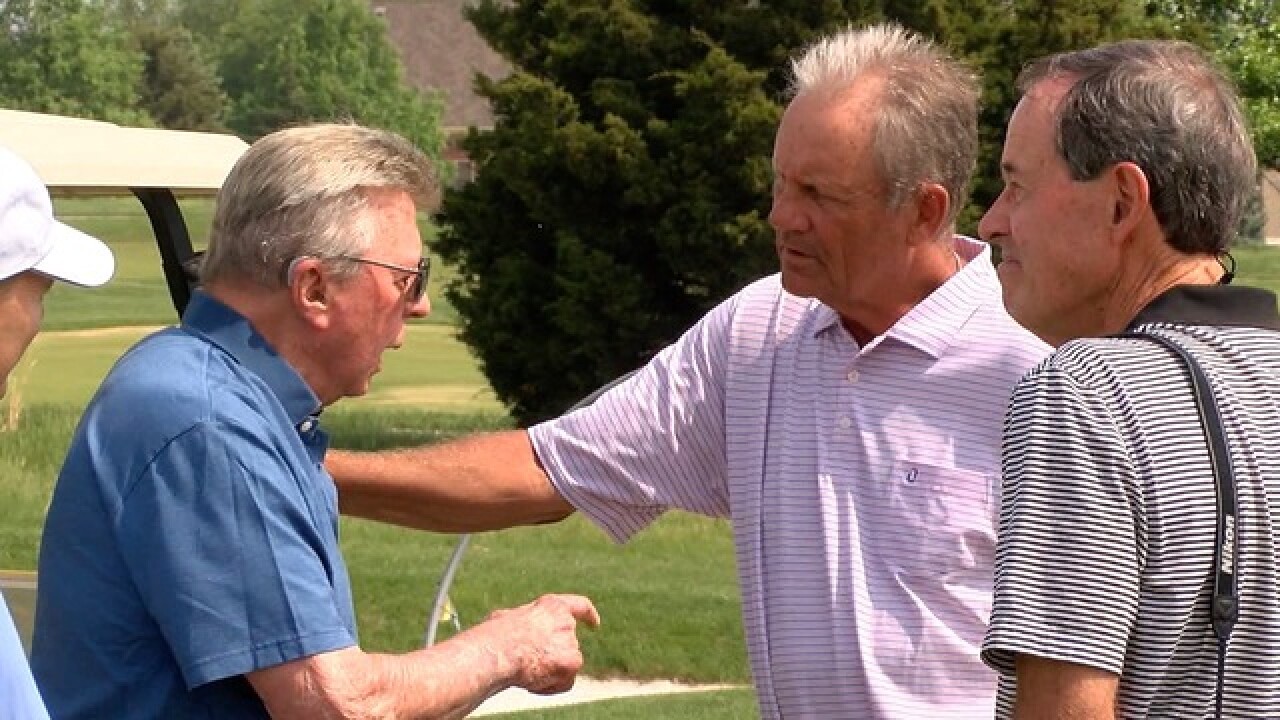 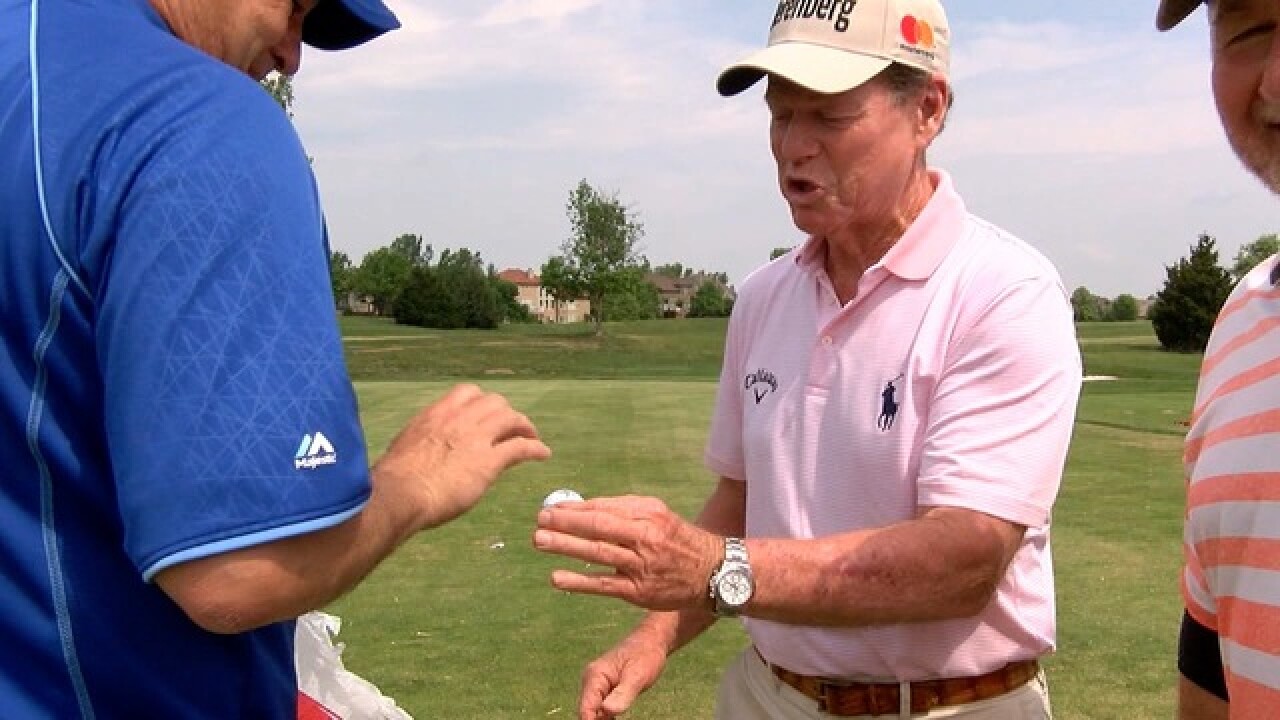 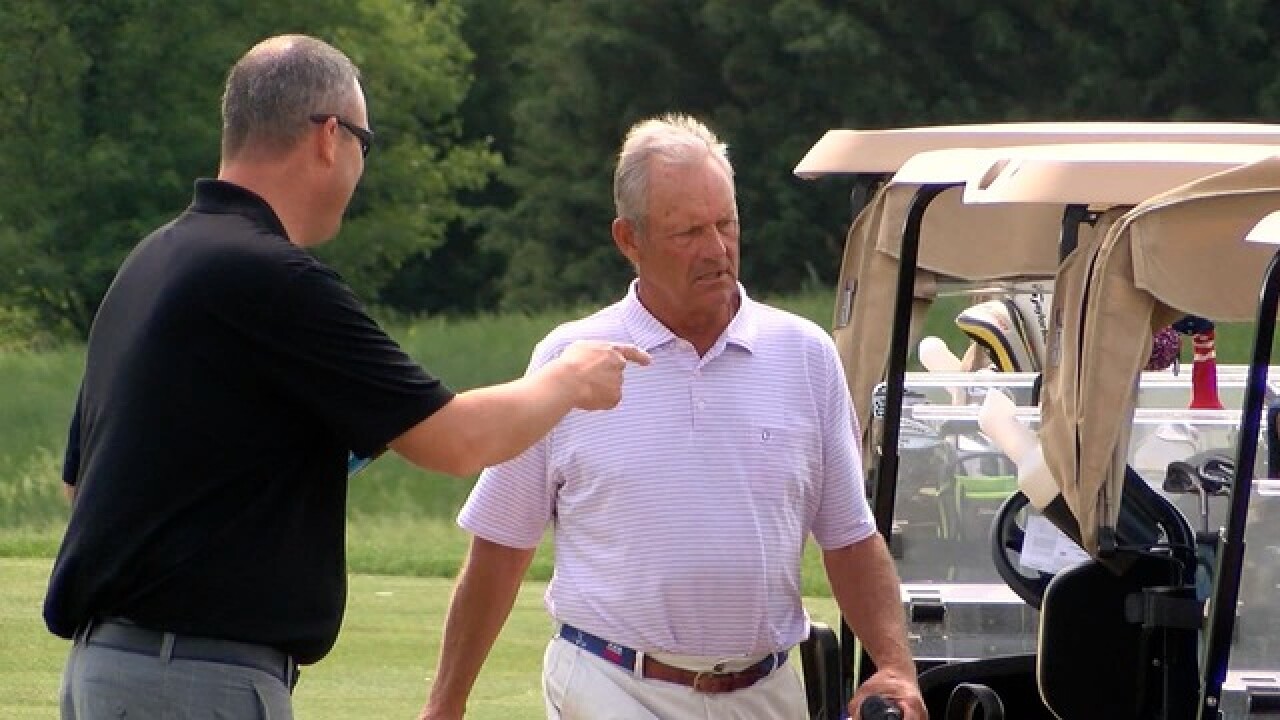 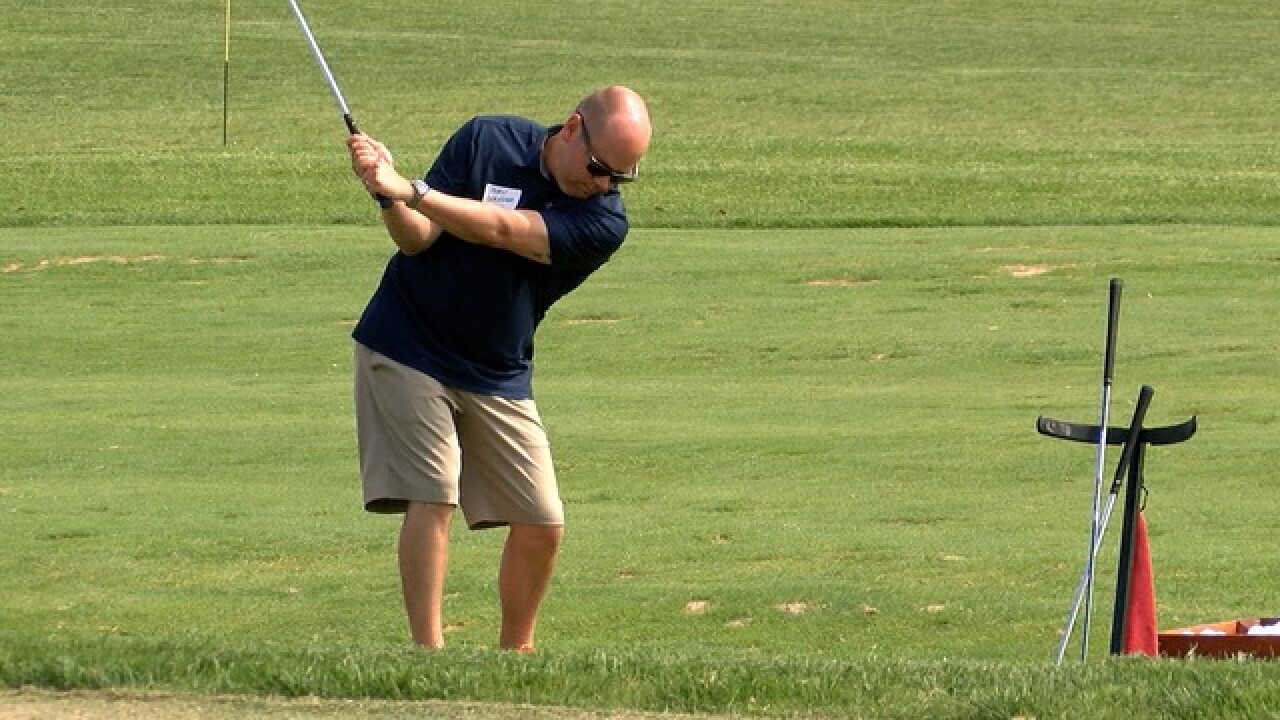 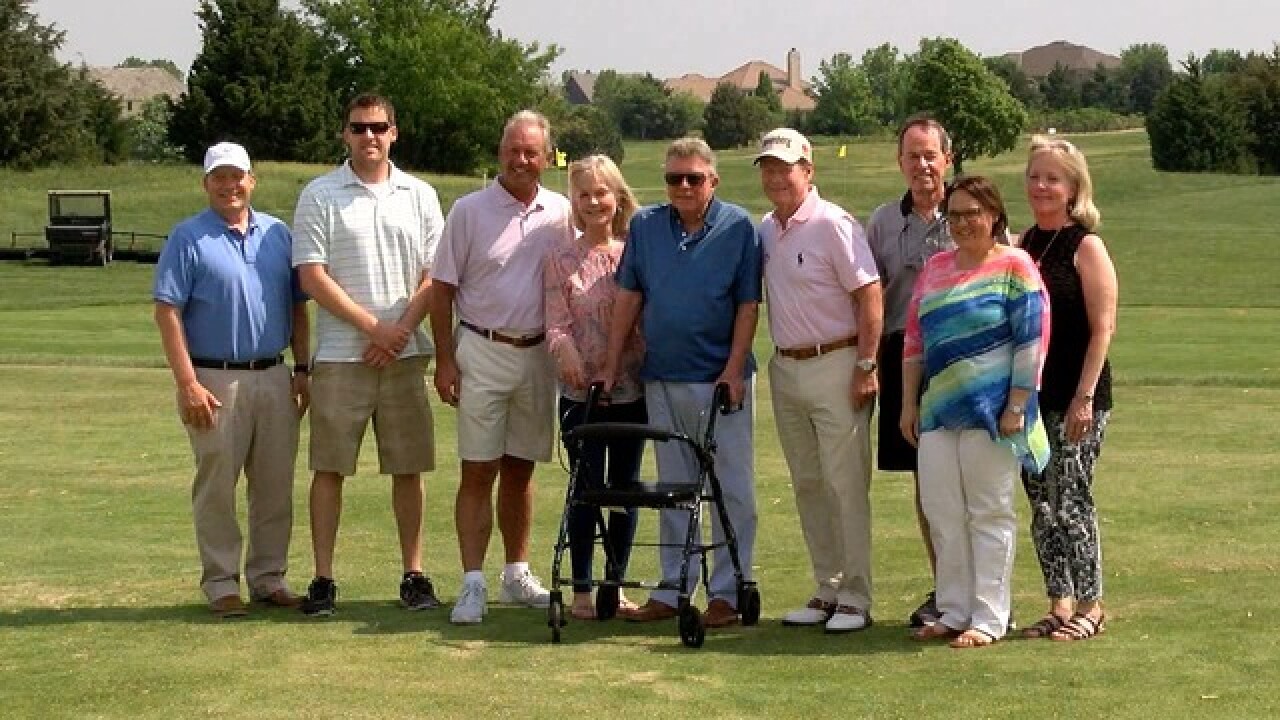 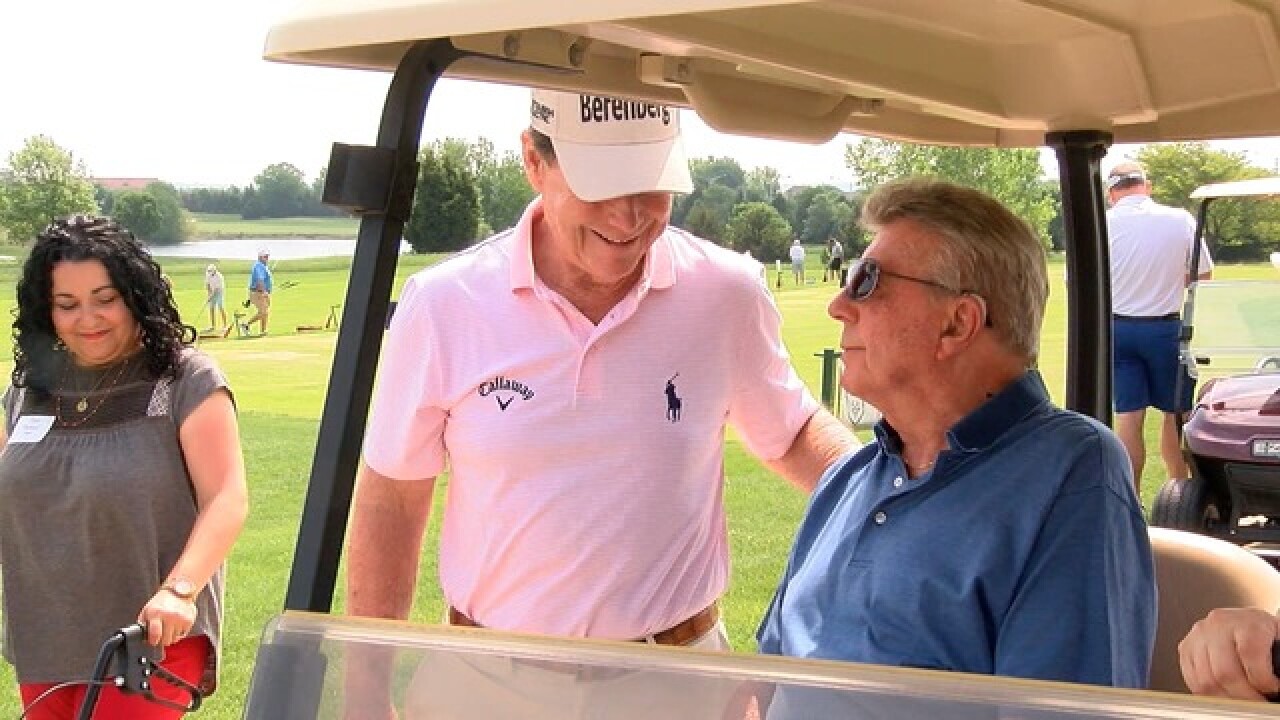 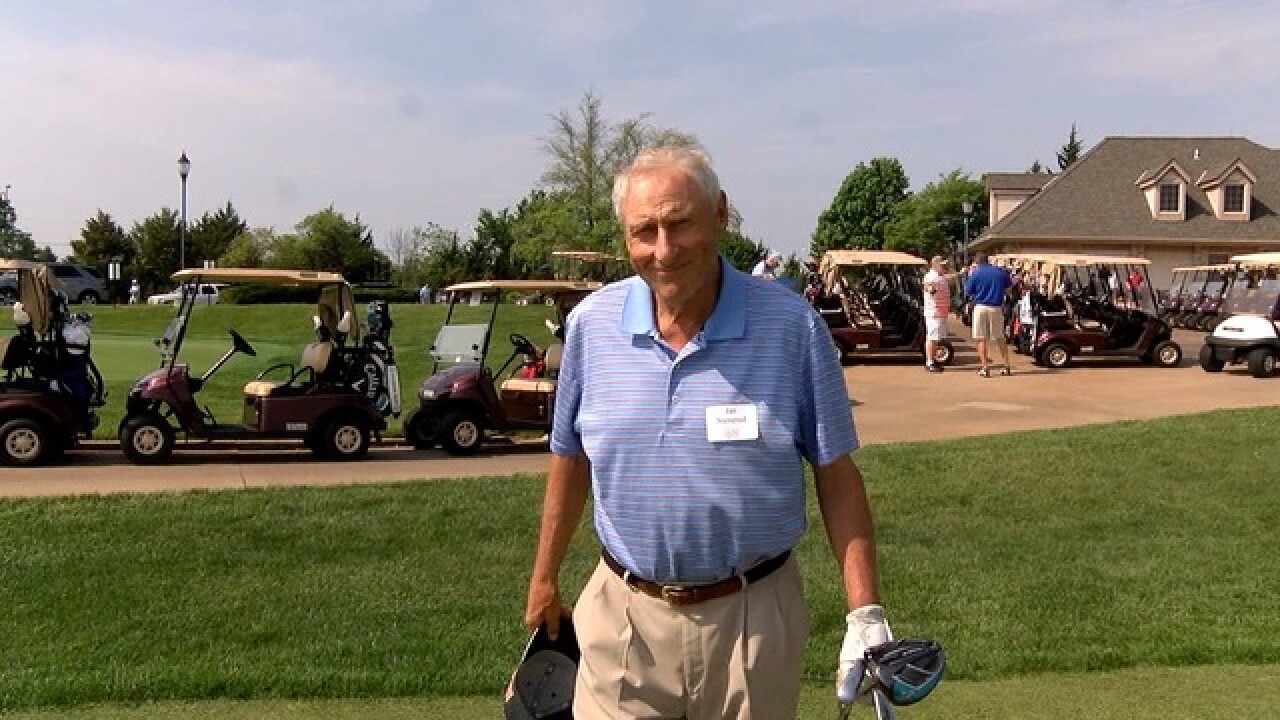 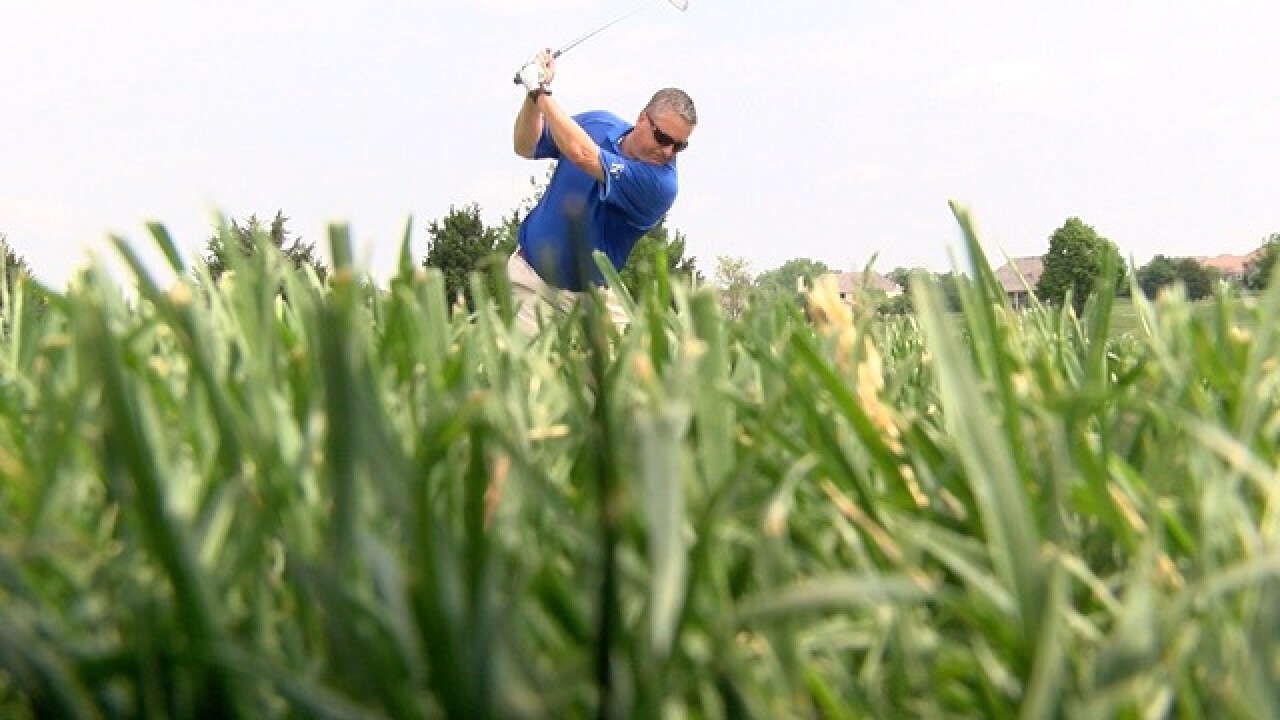 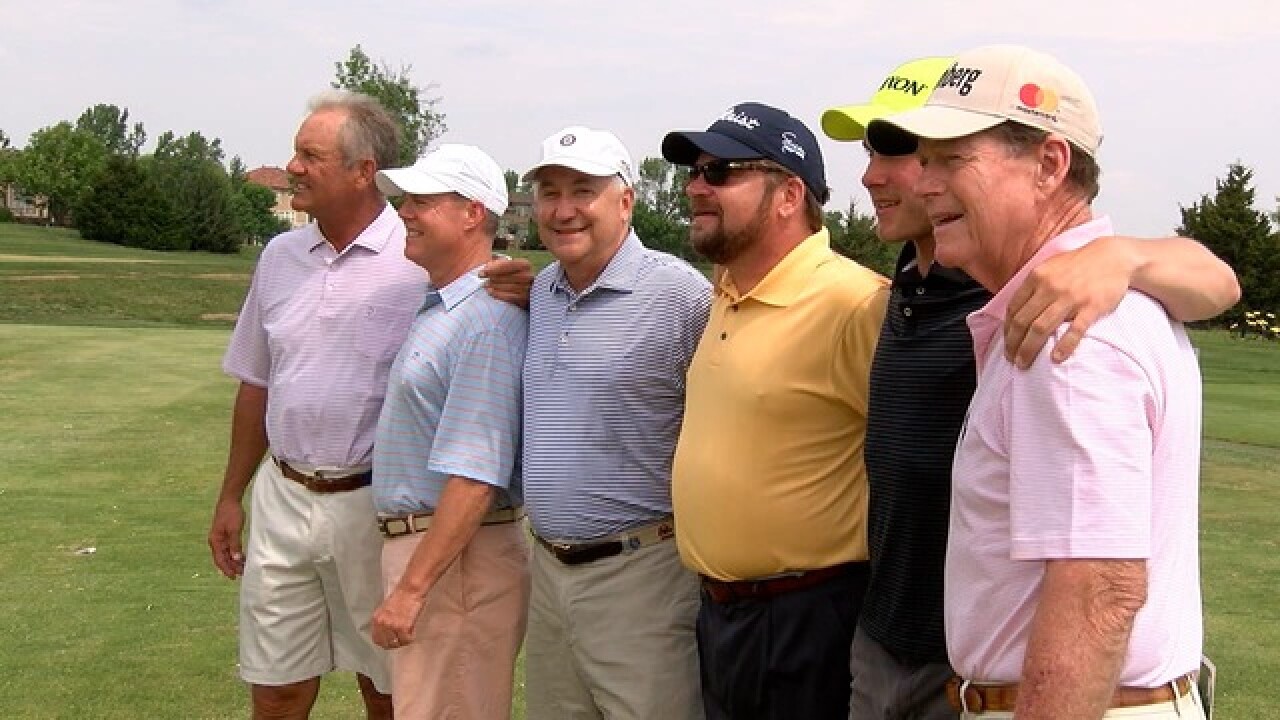 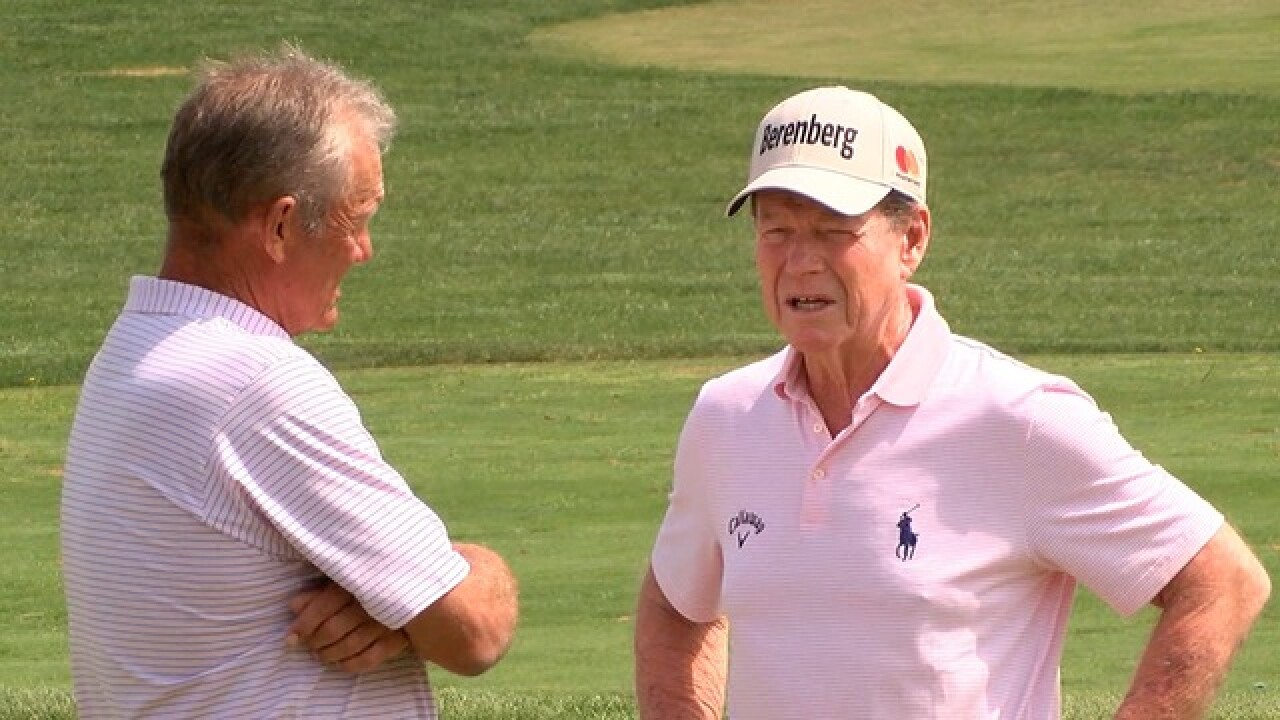 OVERLAND PARK, Kan. — Former Royals superstar and major league baseball hall-of-famer George Brett has just about anything one could ask for following a fantastic baseball career. If someone asked George if there was something he could have, he would tell you he would want to have his longtime friend Keith Worthington around.

"Early in my career in Kansas City, I met Keith Worthington. He was an executive of Wolf Brothers men's clothing store. And, Dean Vogelaar, our old PR director introduced me to him. And, the next thing you know, I was doing some modeling work for him. Me being a model Tom, I don't see it," Brett joked with golf legend Tom Watson who was sitting next to him.

The two sports legends are joined by one mission: to help end Amyotrophic Lateral Sclerosis (ALS) otherwise known as Lou Gehrig's Disease. Both George and Tom suffered personal tragedy with that very disease. Brett's involvement with the mission began when he lost his friend Worthington to the disease in 1984. Soon thereafter, George started his golf tournament which would later be renamed the Joe McGuff ALS Golf Classic. 35 years later, the tournament continues at the Nicklaus Golf Club at Lions Gate in Overland Park, Kansas. George Brett's mission is still the same - to help raise awareness of ALS and to help fight the disease."

"We developed a friendship. And then I saw, you know, a couple of years go by. And, I see him on a cane. Then, I see him on crutches. And, [I asked] what's wrong? He said, 'I've got ALS.' "I didn't know what ALS was. And, I said, 'What's that?' And then, he said Lou Gehrig's Disease. And, I said, oh my God," Brett said. "When someone you know gets this disease, it touches you."

Tom Watson lost his caddie to the disease, Bruce Edwards, to ALS in 2004. That's when Brett says Watson became involved with the Joe McGuff ALS Golf Classic. However, Watson is upset that progress towards a cure has been very slow.

"George is affected directly by Keith Worthington. I was affected directly by Bruce Edwards. And, we continue [our fight]. I made Bruce a promise. George made Keith a promise. That's why we're here. And, we continue to be here until, as you say, we don't need to be here," Watson said. "My faith is still there. My frustration level is there as well. And, it's a damned disease."