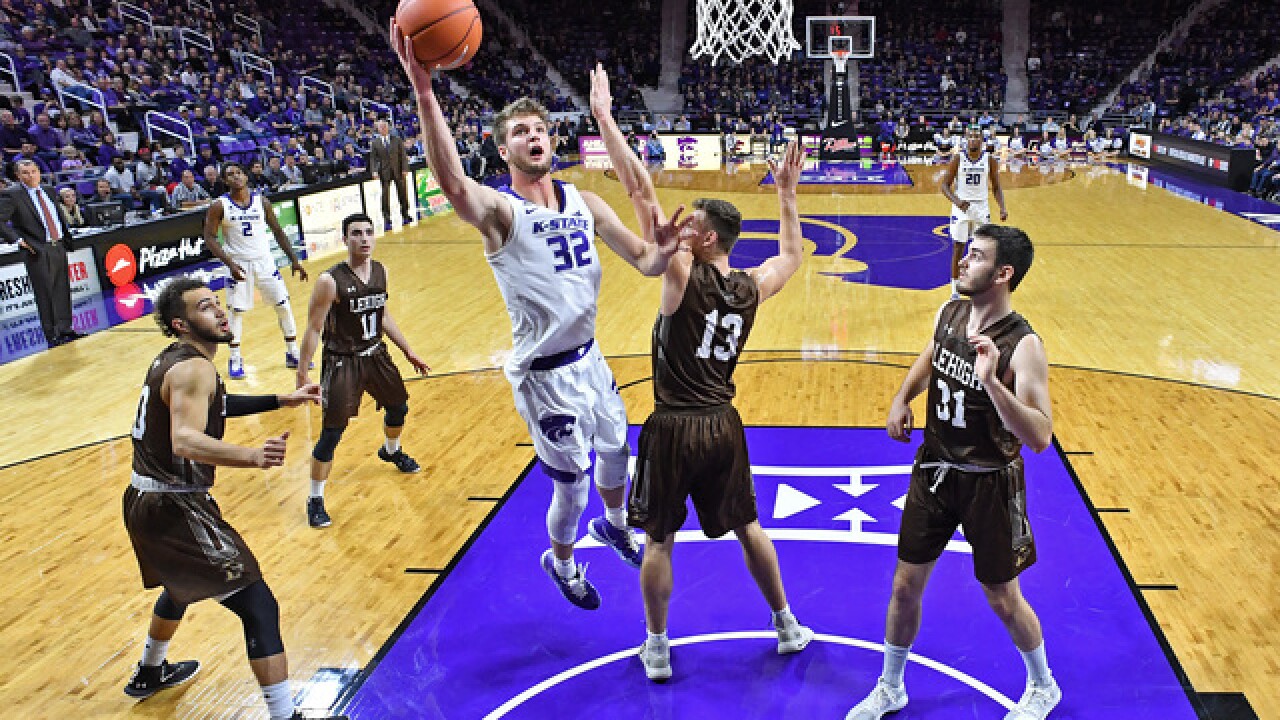 Copyright 2018 Scripps Media, Inc. All rights reserved. This material may not be published, broadcast, rewritten, or redistributed.
Peter Aiken
<p>MANHATTAN, KS - NOVEMBER 24: Dean Wade #32 of the Kansas State Wildcats drives in for a basket against James Karnik #13 of the Lehigh Mountain Hawks during the first half on November 24, 2018 at Bramlage Coliseum in Manhattan, Kansas. (Photo by Peter Aiken/Getty Images)</p>

Beer and wine will be sold in public areas of Bramlage Coliseum during men's and women’s basketball games, K-State said in a news release.

The arena will become the third Wildcats athletic venue to sell alcohol. The school already sells beer during baseball games at Tointon Family Stadium and during soccer matches at Buser Family Park.

Fans will need to present identification and get a wristband in order to purchase alcohol, which will be sold at concessions stands and portable locations throughout Bramlage Coliseum.

“We want to continue to find ways to make the experience for our fans at our events more attractive, and we feel expanding our beer and wine sales to Bramlage for basketball games will do that,” K-State Athletics Director Gene Taylor said in a statement.

Taylor said that, although beer and wine will now be sold at basketball games, there are currently no plans to expand alcohol sales to public areas of Bill Snyder Family Stadium during football games.

The University of Kansas, which began selling beer and wine during football games at Memorial Stadium this season, said last week that it would not sell alcohol during basketball games at Allen Fieldhouse for the 2019-20 season. Alcohol will continue to be served in private spaces throughout the arena.

The University of Missouri started selling beer and wine during football games at Memorial Stadium this season, but has yet to announce a decision about its policy during basketball games at Mizzou Arena.