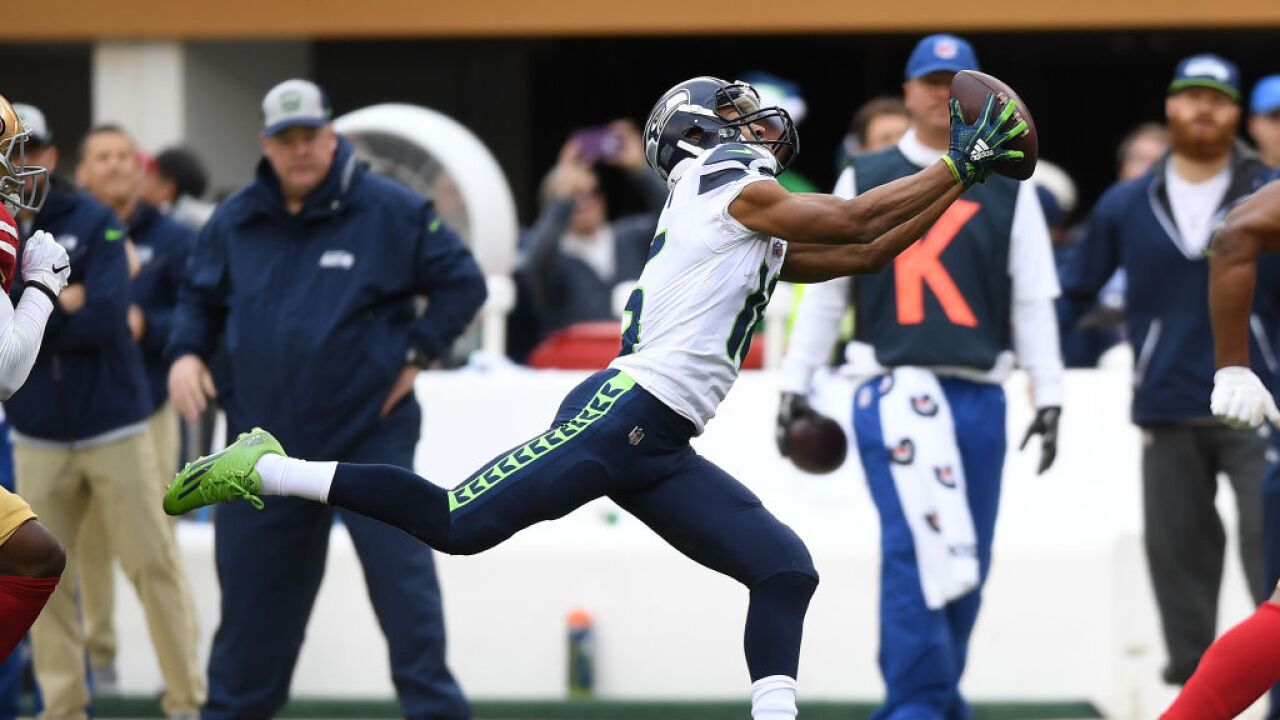 After all, Tyler Lockett had gone to the same middle school, high school, and college as his dad, Kevin Lockett. Even played for most of the same coaches.

Thus, when it came time to be drafted into the NFL, Tyler just assumed the Chiefs would take him, too, like they took Kevin in the 1990s. Sure enough, the Chiefs expressed interest in the younger Lockett leading up to the 2015 Draft.

The family even heard word from Kansas City that the team would nab him in the 3rd round.

Maybe the Seahawks heard that too.

Because when the third round came, Seattle traded up several picks to move in front of Kansas City, and selected Tyler Lockett, wide receiver out of Kansas State.

It's been a perfect fit for player and team.

The Seahawks eyed Tyler Lockett as a return guy, but he was so good his first season as receiver, Tyler has been a mainstay in the starting lineup since the day he set foot in the Emerald City.

He's set career highs for catches, yards, and touchdowns in this his fourth season. He's even flirting with 1,000 yards receiving this season, which is a lot considering the Seahawks run-first offensive scheme.

Now he and the Seahawks head into this game with the Chiefs needing a win to make the Playoffs.

Kevin, who spent most of his career with Kansas City, admits he's conflicted for this game. It's his first employer going against his son. He's even flying with the Chiefs to the game.

The Chiefs, by the way, did take a wideout back in the third round of that 2015 draft -- Chris Conley, who will also be on the field Sunday.