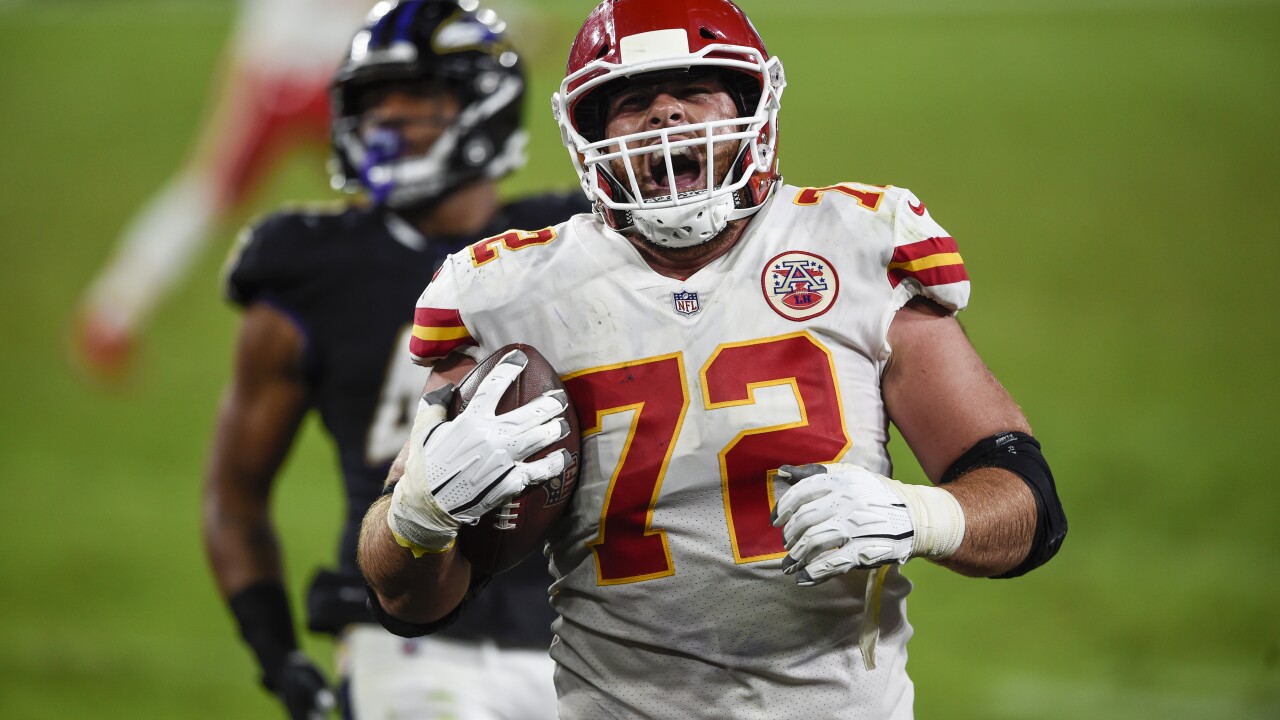 (Copyright 2020 The Associated Press. All rights reserved. This material may not be published, broadcast, rewritten or redistributed.)
Gail Burton/AP
Kansas City Chiefs offensive tackle Eric Fisher (72) celebrates his touchdown catch during the second half of an NFL football game against the Baltimore Ravens, Monday, Sept. 28, 2020, in Baltimore. (AP Photo/Gail Burton)

Fisher participated in practice, but Schwartz did not due to an ongoing back injury.

The veteran right tackle left the Chiefs' Week 6 win over the Buffalo Bills in the first quarter and hasn't participated in practice since.

More players who did not practice included wide receiver Mecole Hardman and offensive lineman Martinas Rankin, who both remain on the reserve/COVID-19 list.

The wideout has not played since Week 5 when the Chiefs fell to the Raiders. Since then Watkins has been nursing a hamstring injury but according to his coaches should be on the field in Las Vegas.

If Hardman is still on the list come Sunday and cannot play due to NFL COVID-19 protocols, then wide receiver Tyreek Hill will fill in for the second-year Chief on punt returns, according to special teams coordinator Dave Toub.

Rookie cornerback L'Jarius Sneed has continued to practice, but is still listed on the Chiefs' injured reserve. When it comes to the young player's progress defensive coordinator Steve Spagnuolo said "we'll tread lightly. It's been awhile."

The fourth round draft pick hasn't played since Week 3 after fracturing his collar bone. Sneed started off the season with a bang, leading the NFL in interceptions with two through the first two weeks of the season.