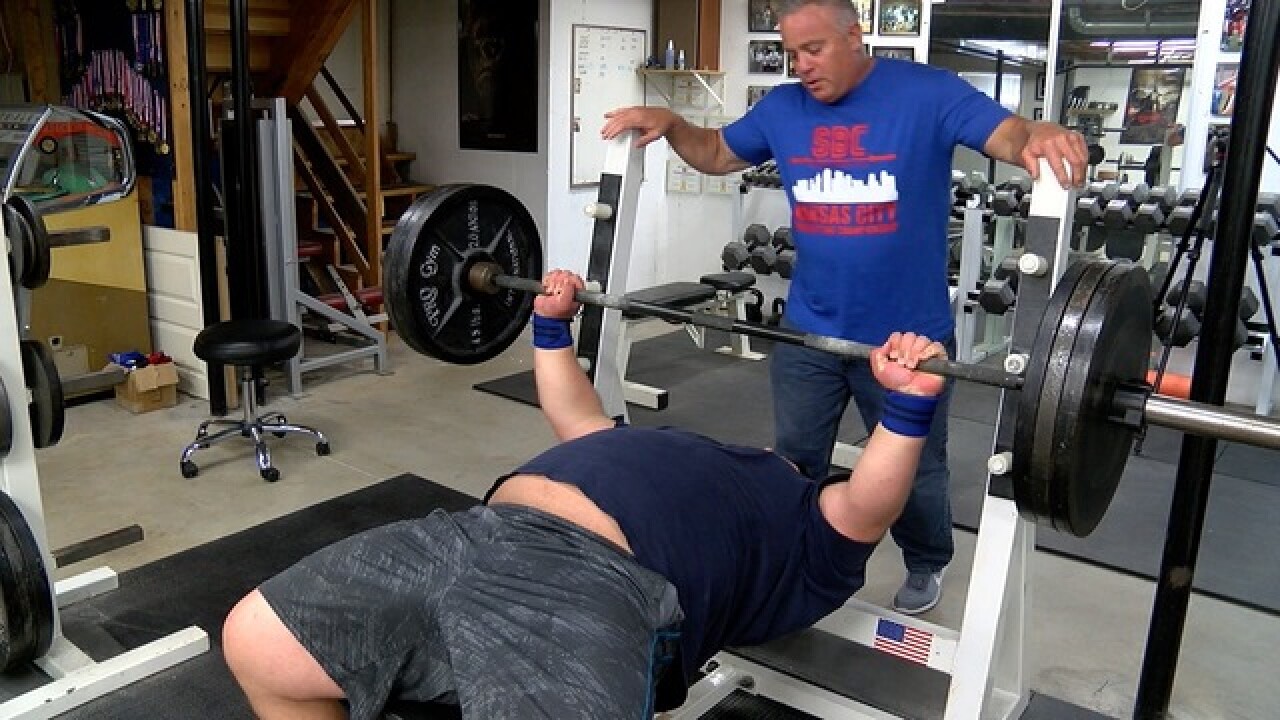 Copyright 2018 Scripps Media, Inc. All rights reserved. This material may not be published, broadcast, rewritten, or redistributed.
<p>Overland Park police officer and former powerlifter Ken Ufford (right) looks over his son Nick as he spots him during lifting.</p> 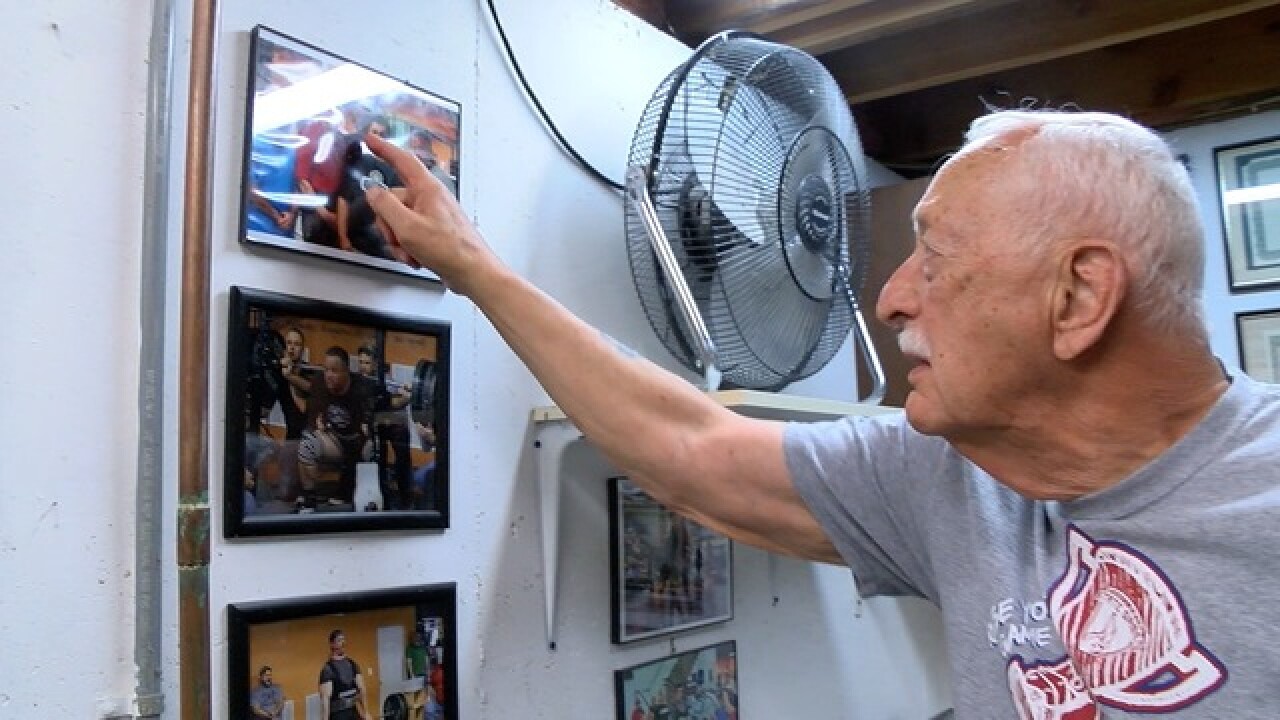 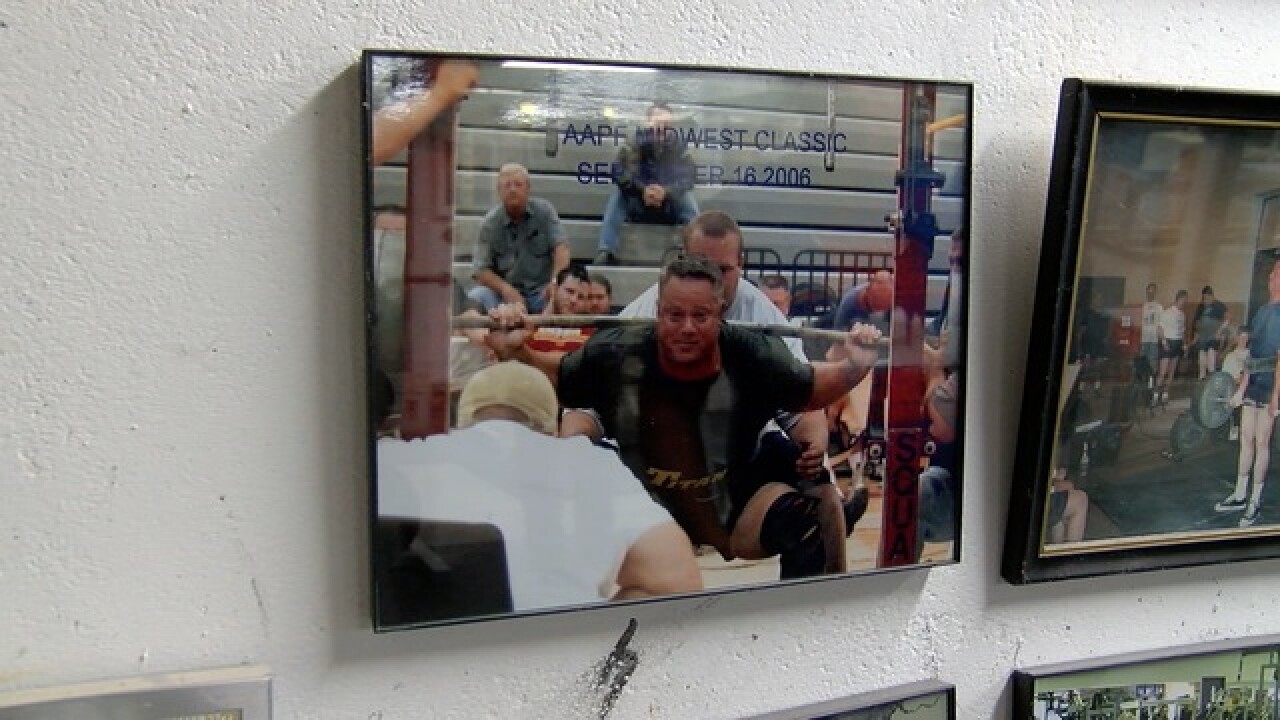 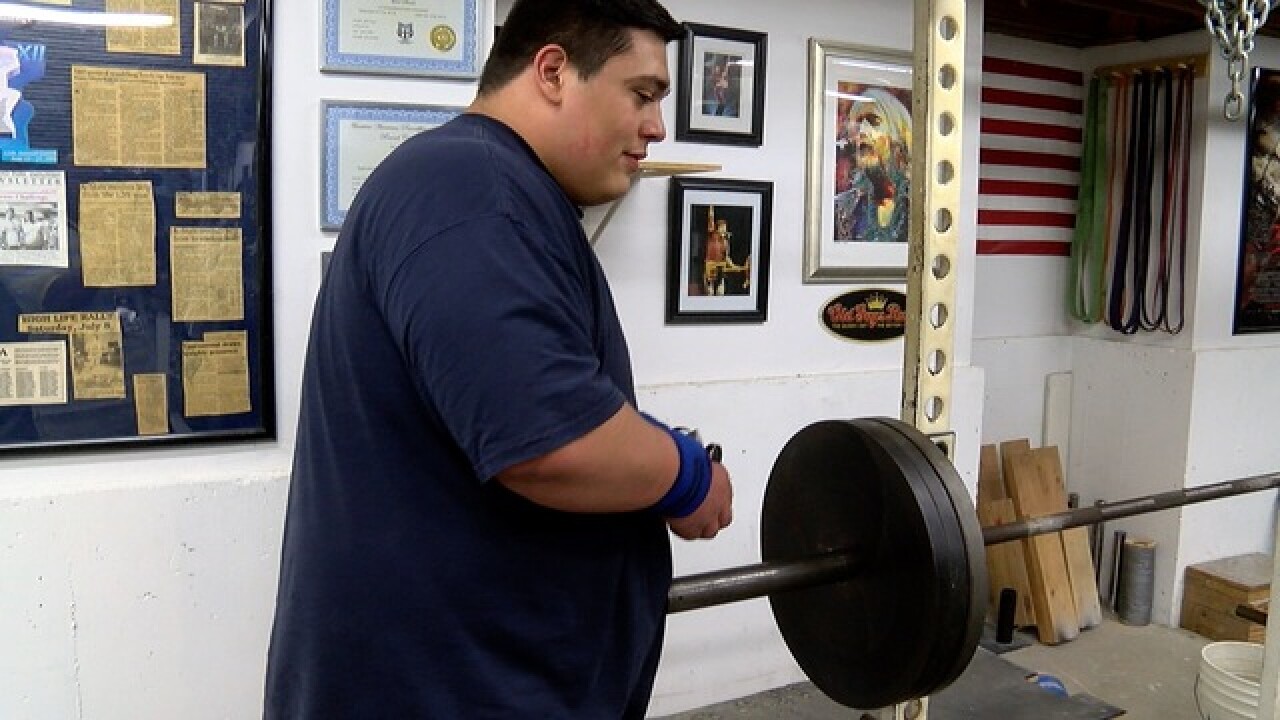 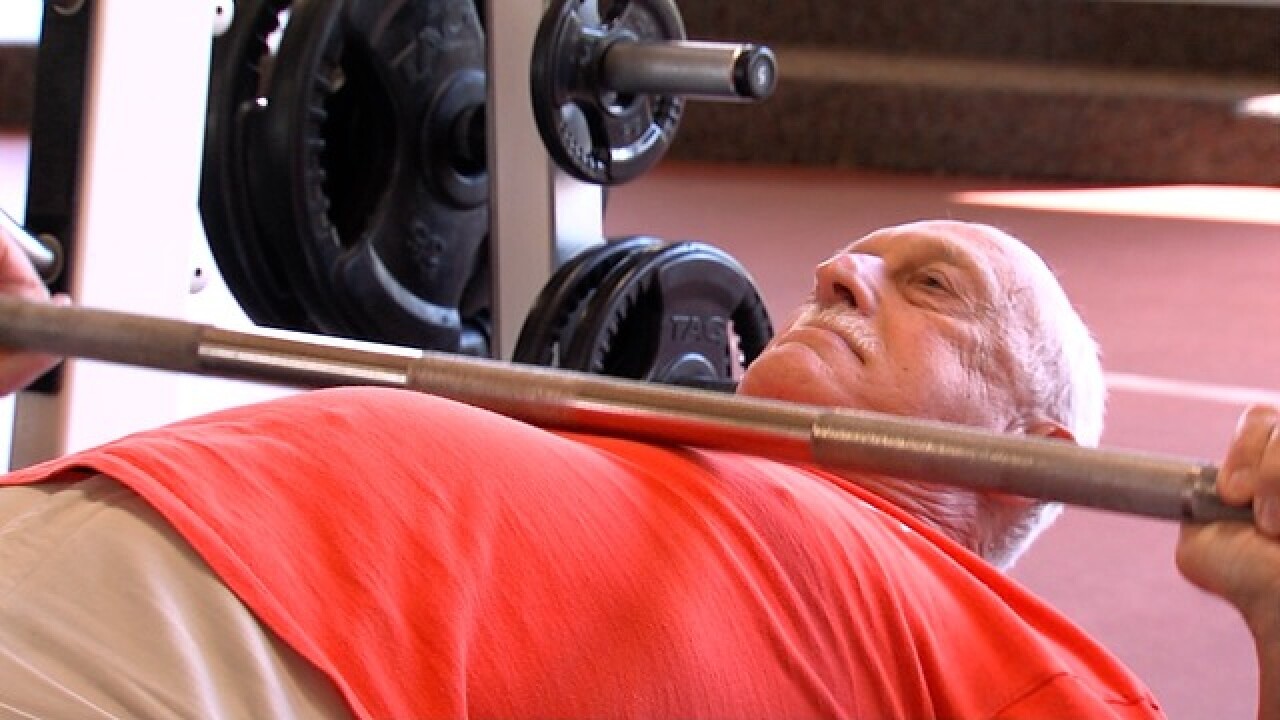 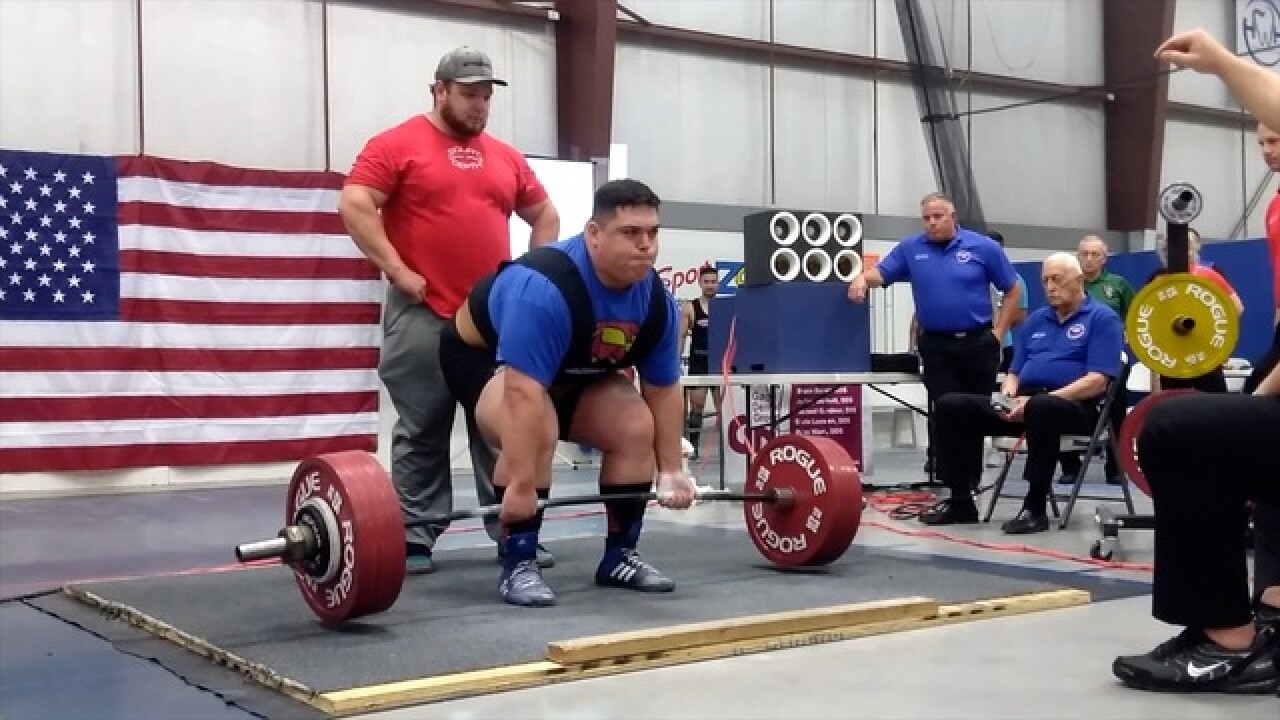 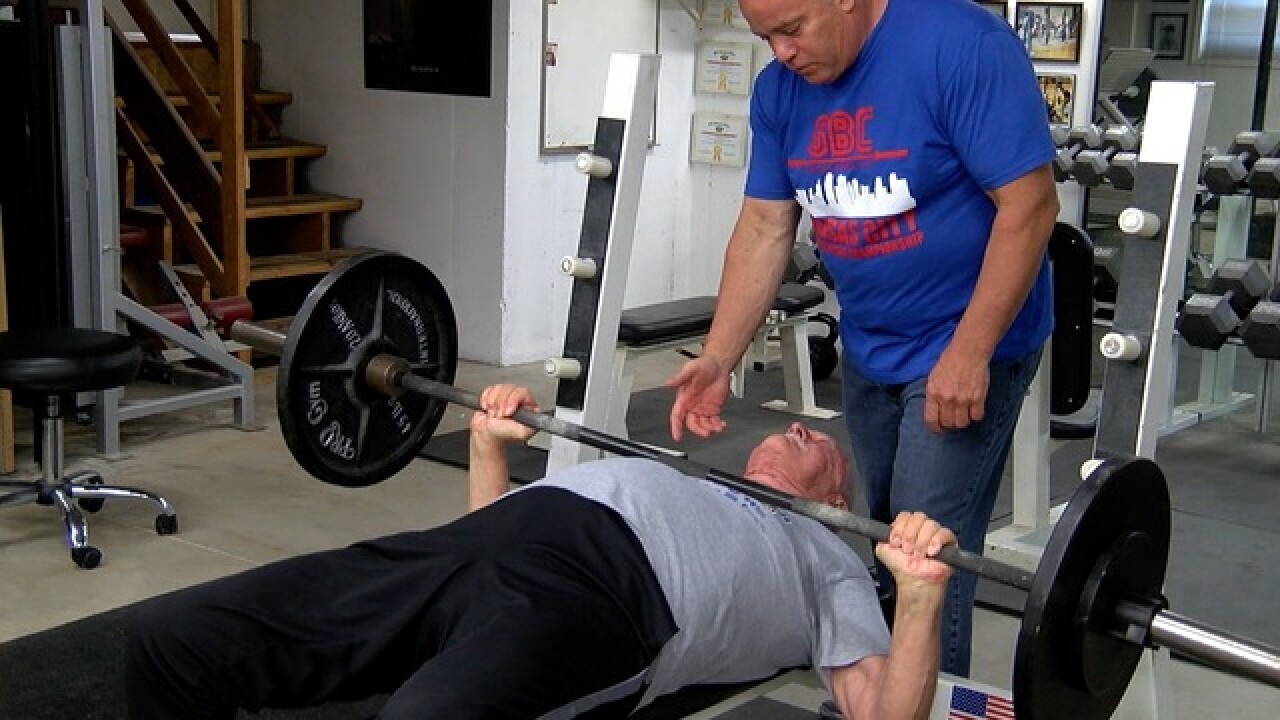 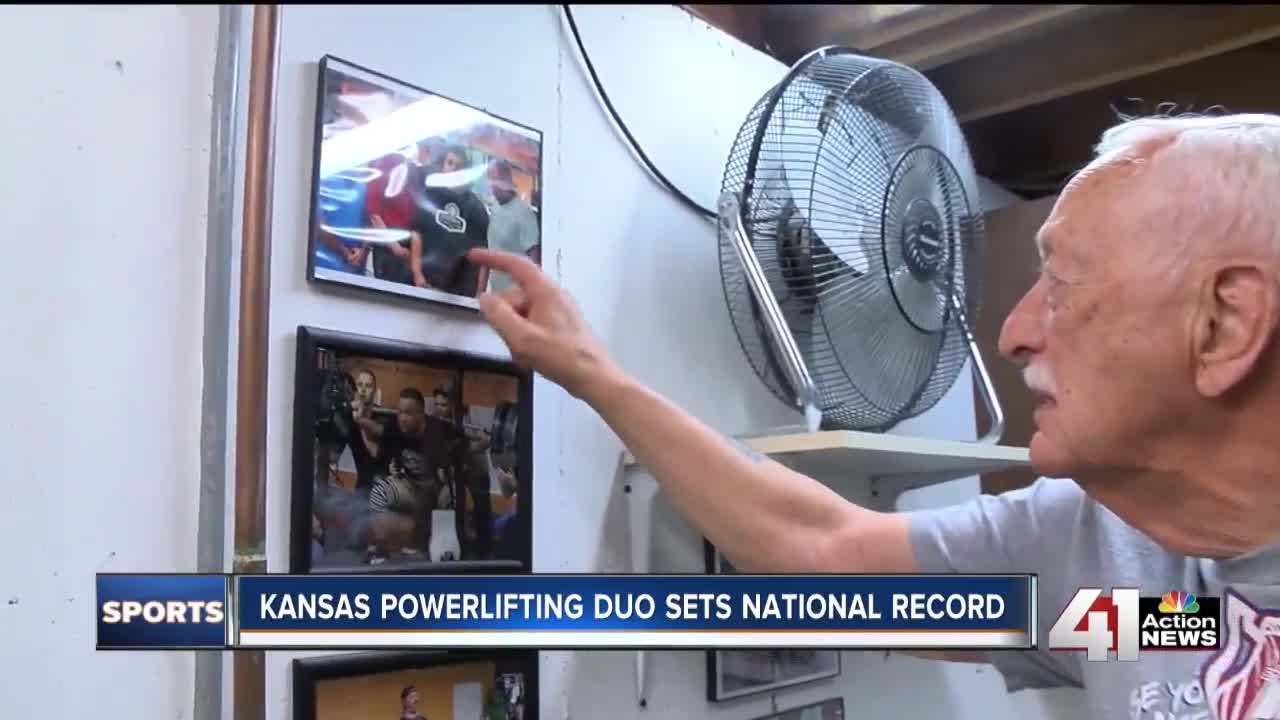 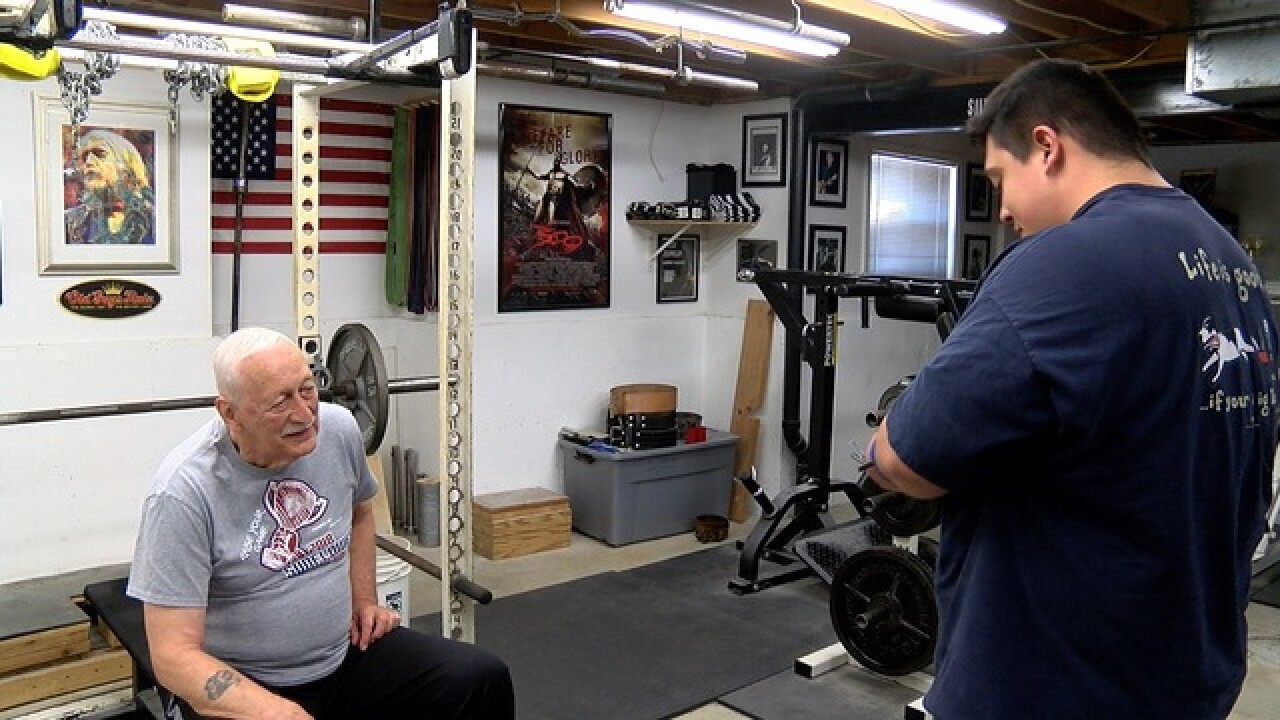 Overland Park, Kan. — Kansas City is one of best sports towns in the U.S.

However, for all of the attention sports like football, baseball and soccer get around town, one sport that lags in coverage is powerlifting.

But the unlikeliest duo of 19-year-old Nick Ufford and 85-year-old Herb Strange are breaking records.

In July, Ufford broke the national bench press record, in his age group, lifting 474 pounds at the Kansas Sunflower State Games in Topeka. That record eclipsed the previous record of 440 pounds.

Ufford also set a national record for deadlift at 639 pounds.

Herb Strange is defying the odds to continue lifting weights, something he's done for more than 70 years.

Strange also competed in the Sunflower State Games and set a new record in his age range, bench pressing 182 pounds.

"Nick and I both got American records at the Sunflower games and we qualified for the world championships this fall in Las Vegas," Strange said. "I'll probably go. I don't know if Nick will go, but I want to get that world record also."

In 2009, at the age of 77, he bench pressed 230 pounds, which broke the World Powerlifting Federation bench press record in his age group. That's just one of the many world records he's set.

He's powerlifted more than 35 years at the highest levels and was a three-time United States Powerlifting Federation champion — winning the teenage national title in 1982, 1983 and 1984.

Ken Ufford retired from powerlifting four years ago, but he certainly enjoys coaching his son and his friend.

"It's really fun for me to help Herb and Nick continue to break records," Ken said. "Herb's always trying to talk me back into competing again. I said, 'Maybe when I'm 60.' I'm only 54. For now, I'm just good coaching."

Ken also says that the Kansas City area should give more recognition to the sport of powerlifting.

"We actually have some of the best lifters in the world right here in Kansas City," he said. "There's a gym up north. J.P. Price runs it. He hosts a lot of our meets, puts on our meets in Gladstone, and, in this area, we have some really phenomenal lifters."