Kansas running back Pooka Williams opts out of 2020 football season 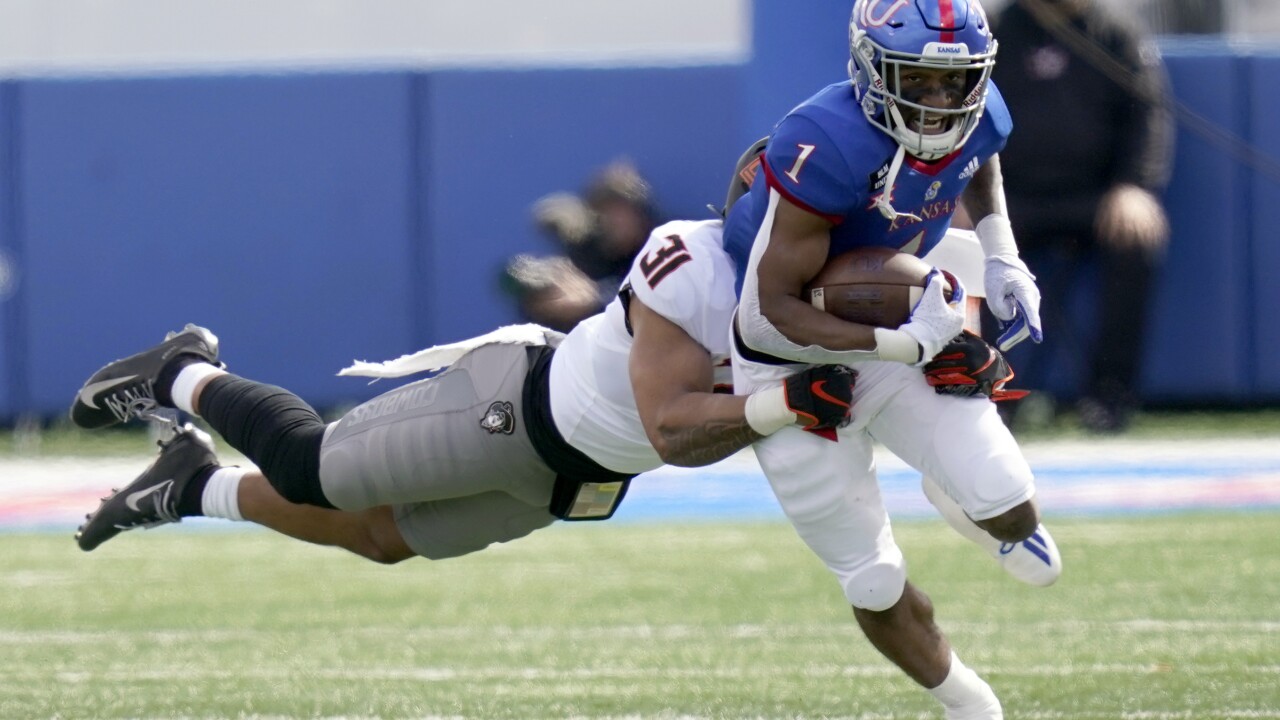 KANSAS CITY, Mo. — Kansas junior running back Pooka Williams Jr. has opted out for the remainder of the 2020 football season.

Williams explained Monday on Twitter that he would be returning to Louisiana to be closer to his mother, who is having health issues.

Family over everything 💜.. I’m going to miss all my guys & coaches, it’s forever Rock Chalk🤞🏾 pic.twitter.com/5vV2dFUVuF

“I want to thank Coach (Les) Miles and everyone with the Kansas Football program for their commitment and understanding,” Williams wrote.

Williams has 2,363 career rushing yards and 12 touchdowns with the Jahawks.

He was named Big 12 Offensive Freshman of the Year in 2018 and made the Maxwell Award Preseason Watch List and Preseason All-Big 12 First Team ahead of the 2020 season.

“I am proud of him for making this tremendous sacrifice to support his family, and do what he believes is right," Miles, who is in his second season with the Jayhawks, said via Twitter.

We are praying for @PookaWilliamsJr and his family during this difficult time. Fight like a Jayhawk! 🙏 pic.twitter.com/drav3ba7Vb

Williams will be allowed to consider the 2020 season as a redshirt year, since he played fewer than four games.

He was suspended during the offseason after his freshman season following an arrest for domestic violence.

Williams entered a diversion program and was reinstated over the summer before his sophomore season.