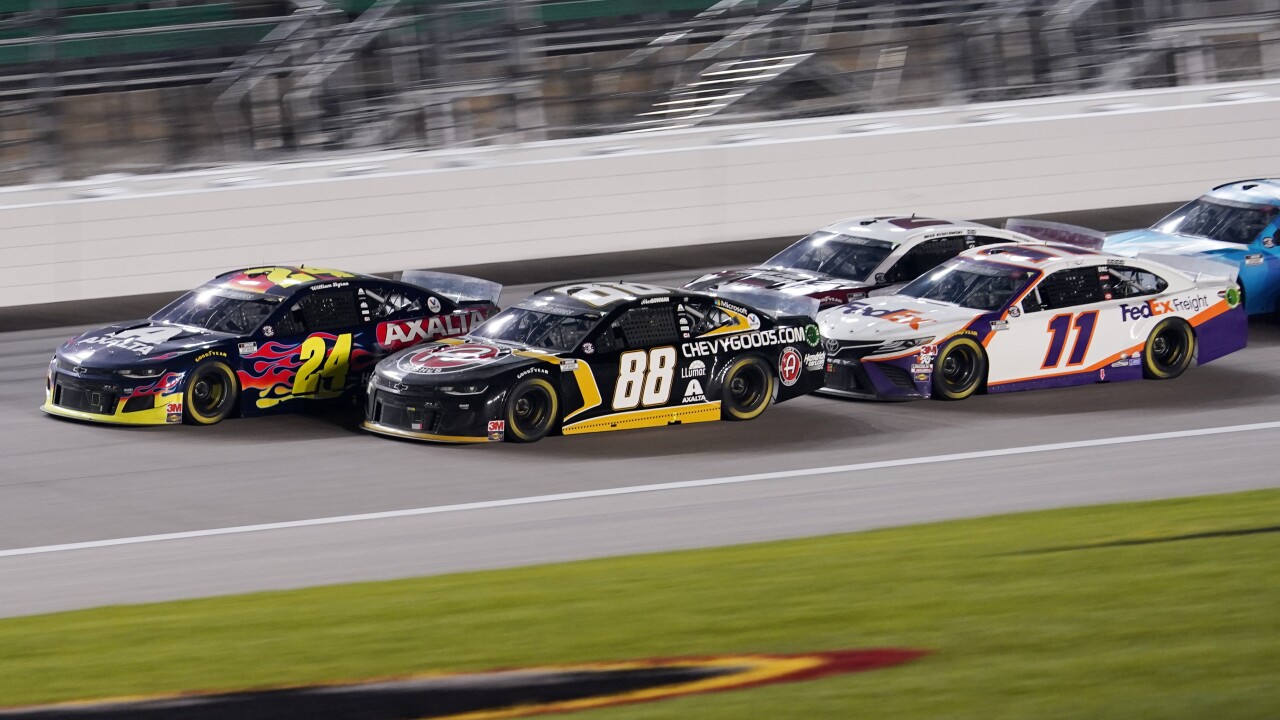 NASCAR announced next year’s schedule, which includes dates May 2 and Oct. 24 at the 1.5-mile tri-oval in Kansas City, Kansas.

“A tradition has developed over the years at Kansas Speedway, and we are excited to have the opportunity to resume that in 2021,” Kansas Speedway President Pat Warren said in a statement from NASCAR. “Our entire staff is also eager to welcome back many of our loyal fans who have not been able to join us this year. The support we have received from them over the past 20 years has been tremendous, and we are thrilled that we will be able to provide them with the same exceptional race weekend experience to which they have become accustomed.”

Dates for the 2021 Xfinity Series, Camping World Truck Series and ARCA Menards Series races at Kansas Speedway will be announced at a later time.

The spring race is the earliest date for a race at Kansas Speedway since 2013, when the season’s first race was contested April 21.

The Hollywood Casino 400 on Oct. 24 will be the latest NASCAR race in the history of Kansas Speedway, which has hosted the Cup Series at least once every year since opening in 2001.

The Oct. 24 date, which is the penultimate race in the NASCAR Cup Series Playoffs Round of 8, comes two days later than the previous latest race — a win by Martin Truex Jr. on Oct. 22, 2017.

The winner of the second race at Kansas Speedway, which is sandwiched between races at Texas Motor Speedway and Martinsville Speedway, next season automatically advances to the Championship 4 on Nov. 7, 2021, at Phoenix International Raceway.

Among other highlights of the 2021 schedule:

Kansas Speedway will host about 10,000 fans for a Cup Series race on Oct. 18 — one of four races scheduled at the track that weekend.

The ARCA Menards Series Kansas 150 will wrap up the 2020 season Oct. 16 at Kansas Speedway, while the NASCAR Gander RV and Outdoors Truck Series and NASCAR Xfinity Series also will run playoff races on Oct. 17 at the track.

A limited number of tickets for the Oct. 18 Cup Series race, which starts at 1:30 p.m., remain available.