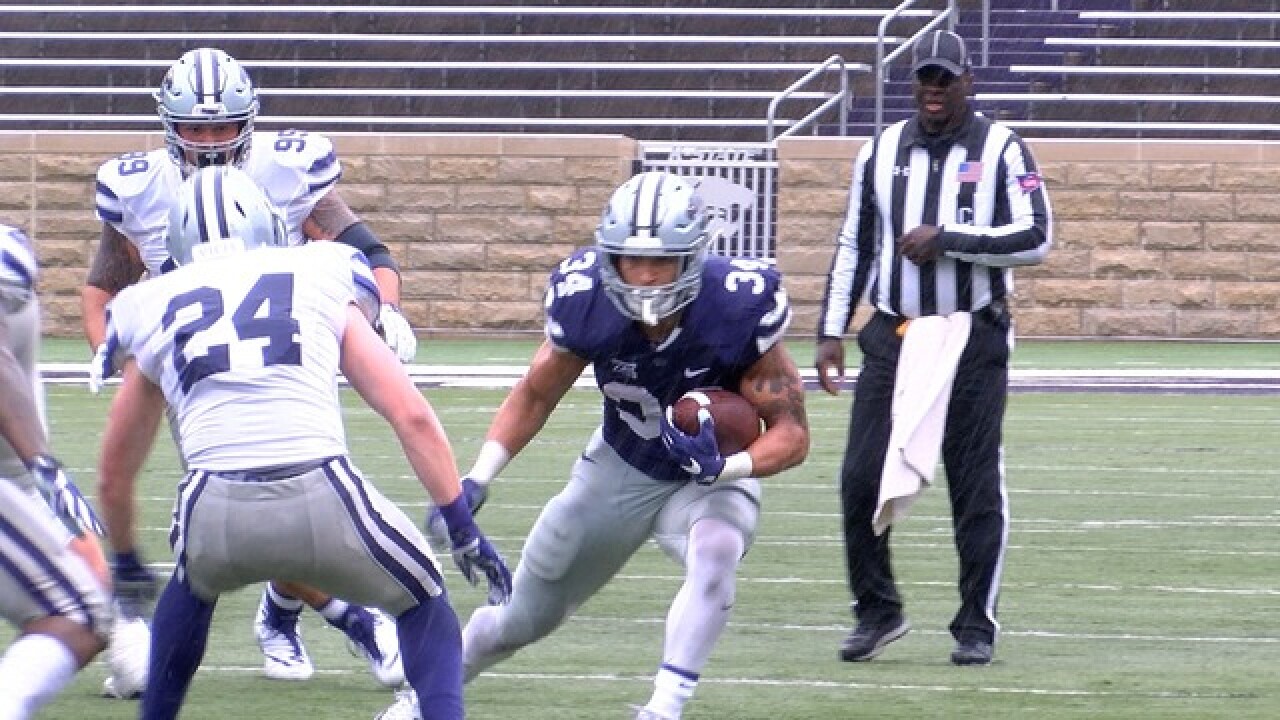 Copyright 2018 Scripps Media, Inc. All rights reserved. This material may not be published, broadcast, rewritten, or redistributed.
<p>K-State Junior Running Back Alex Barnes tries to elude defenders while running in the spring game.</p> 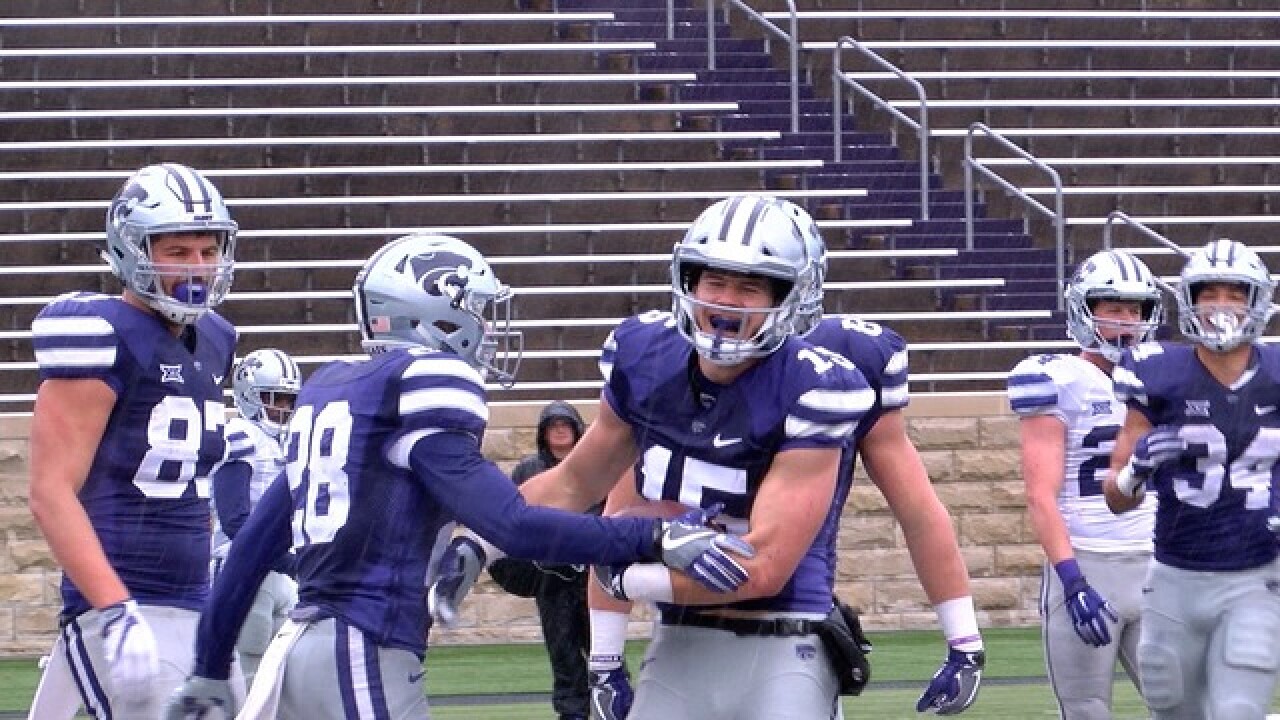 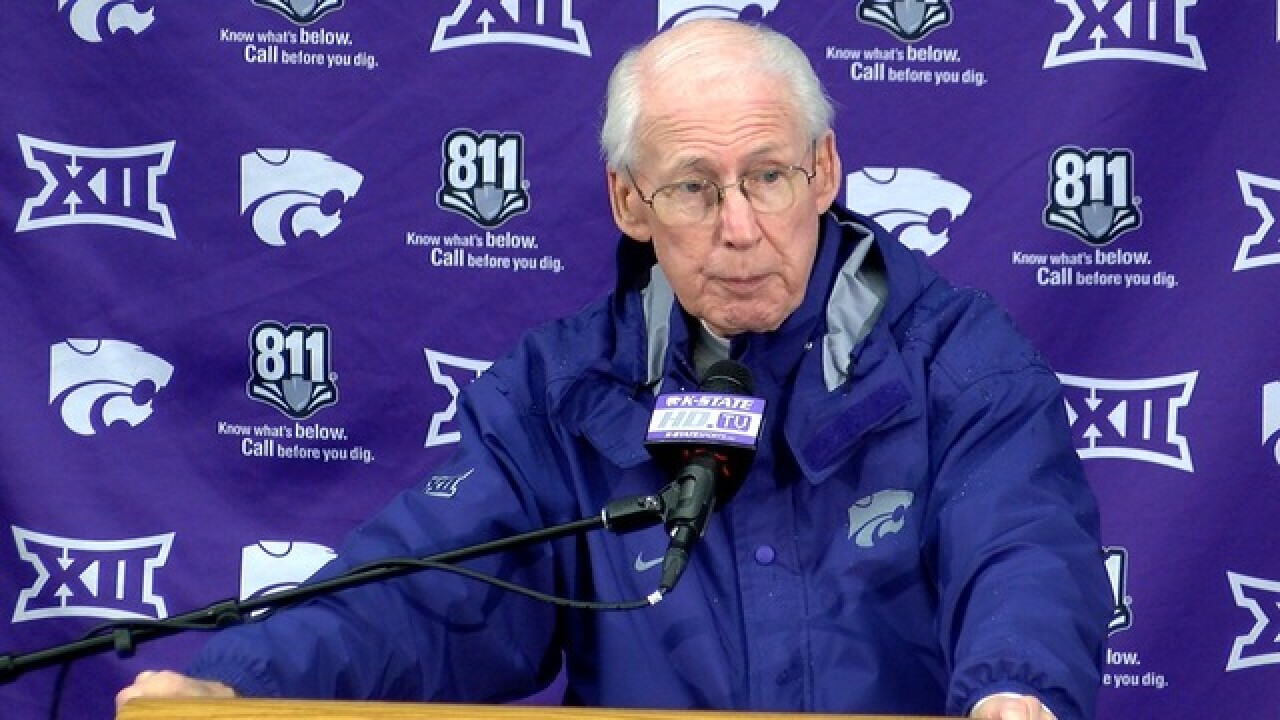 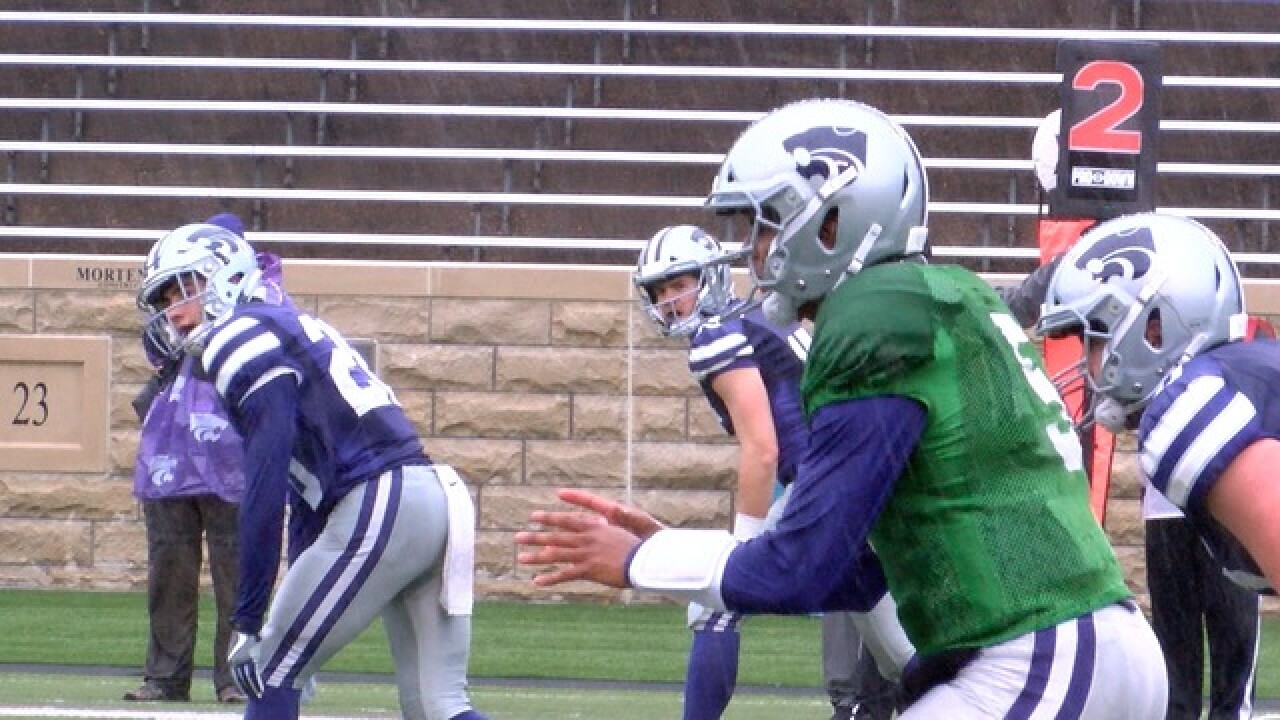 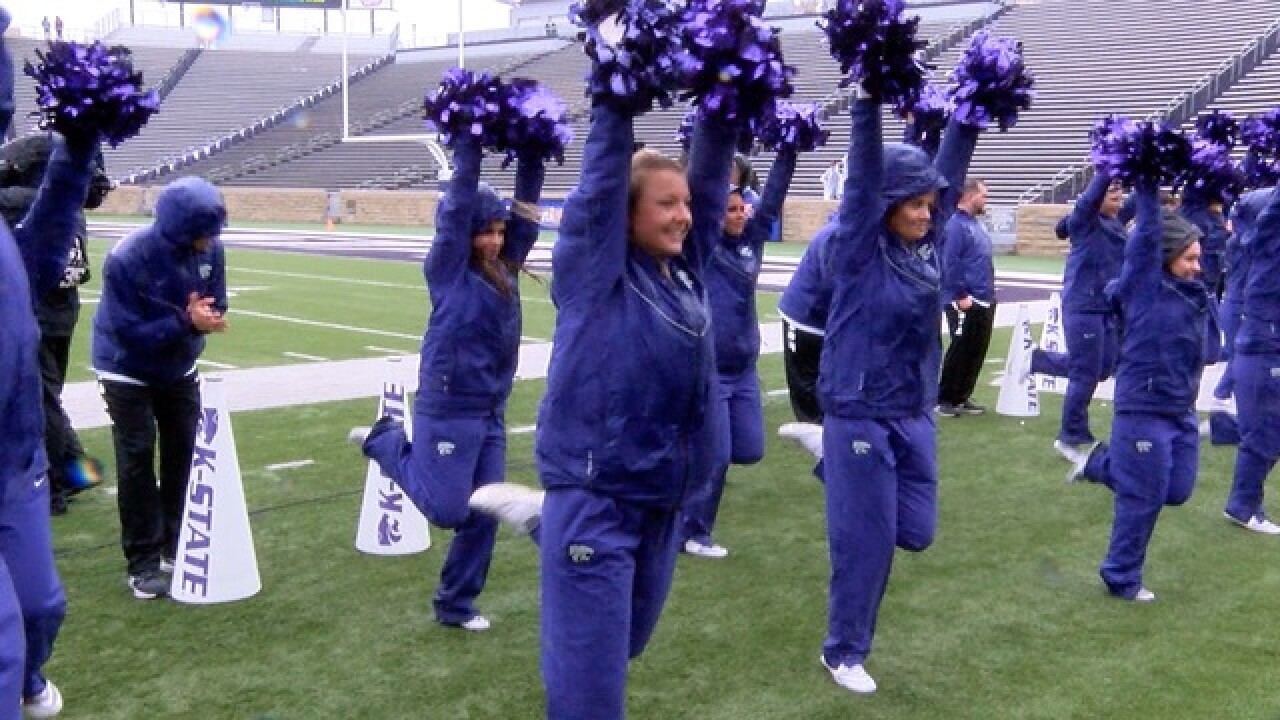 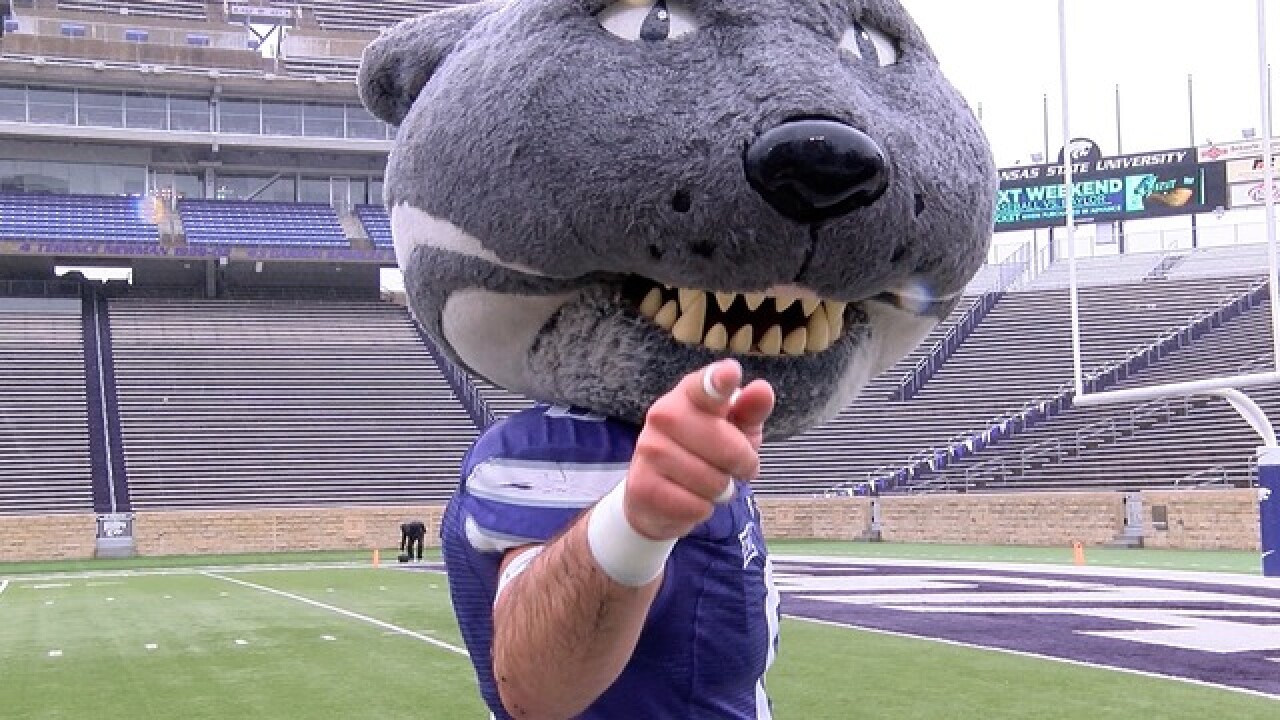 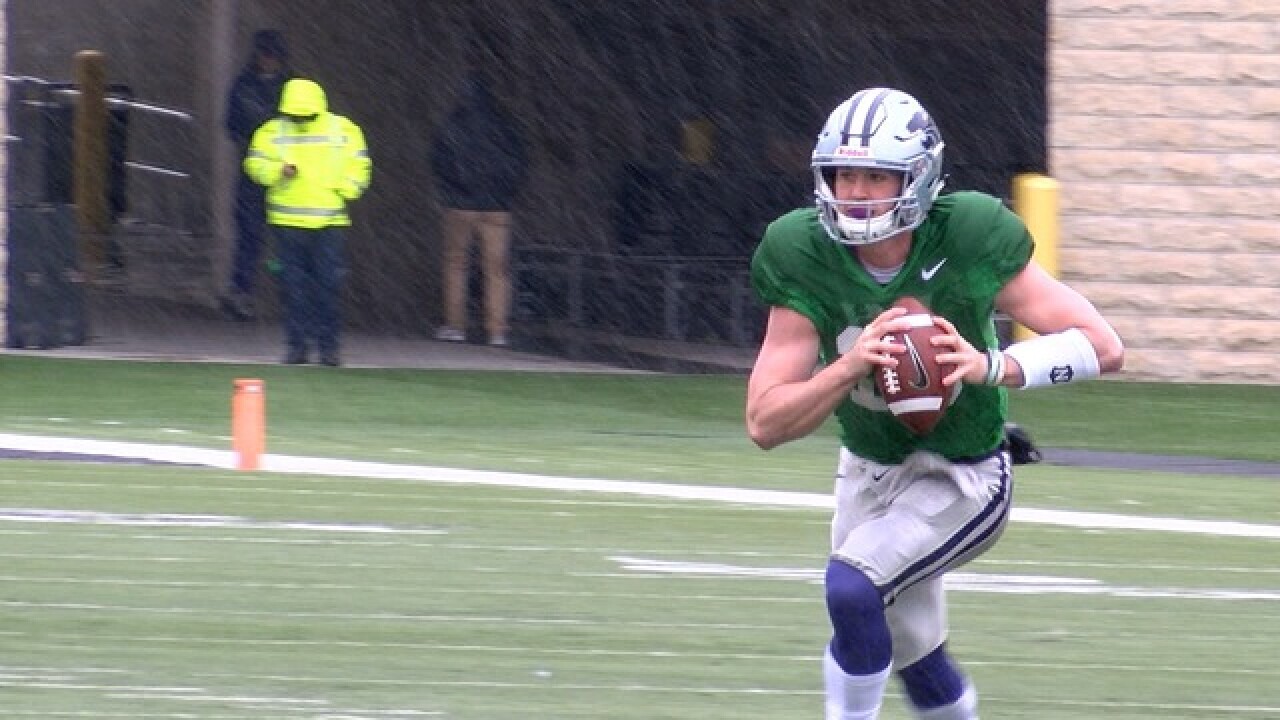 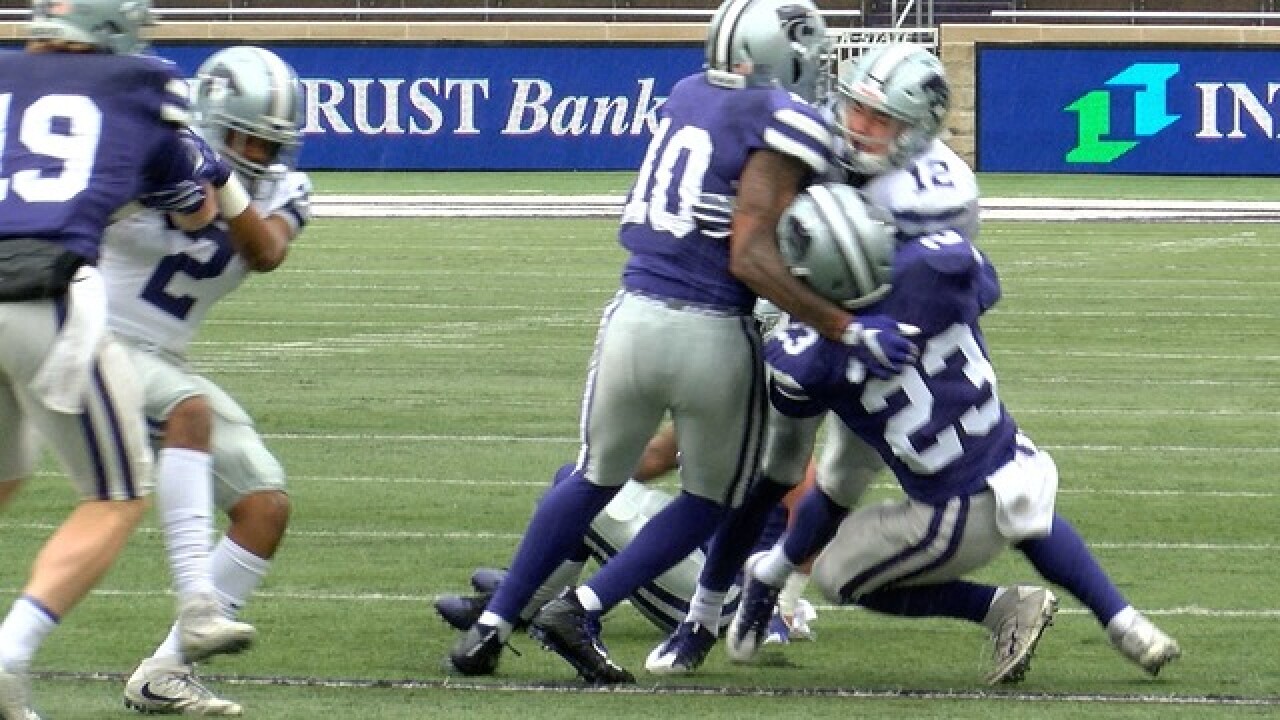 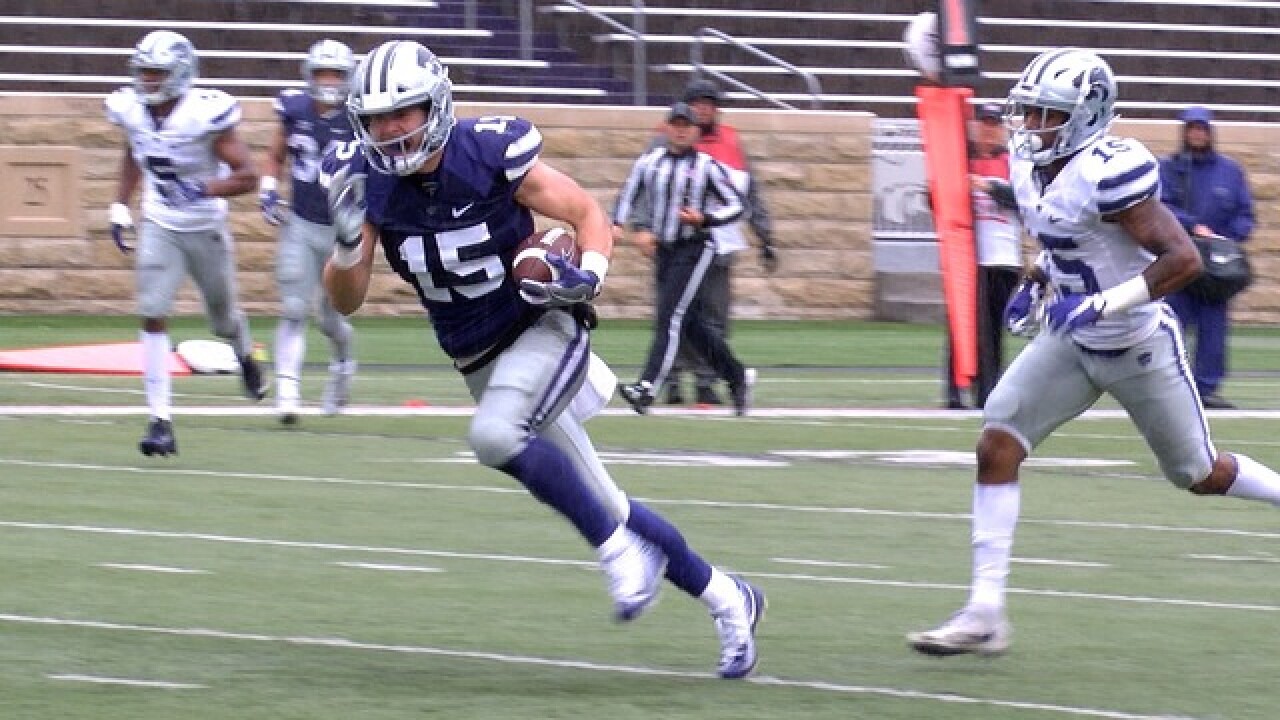 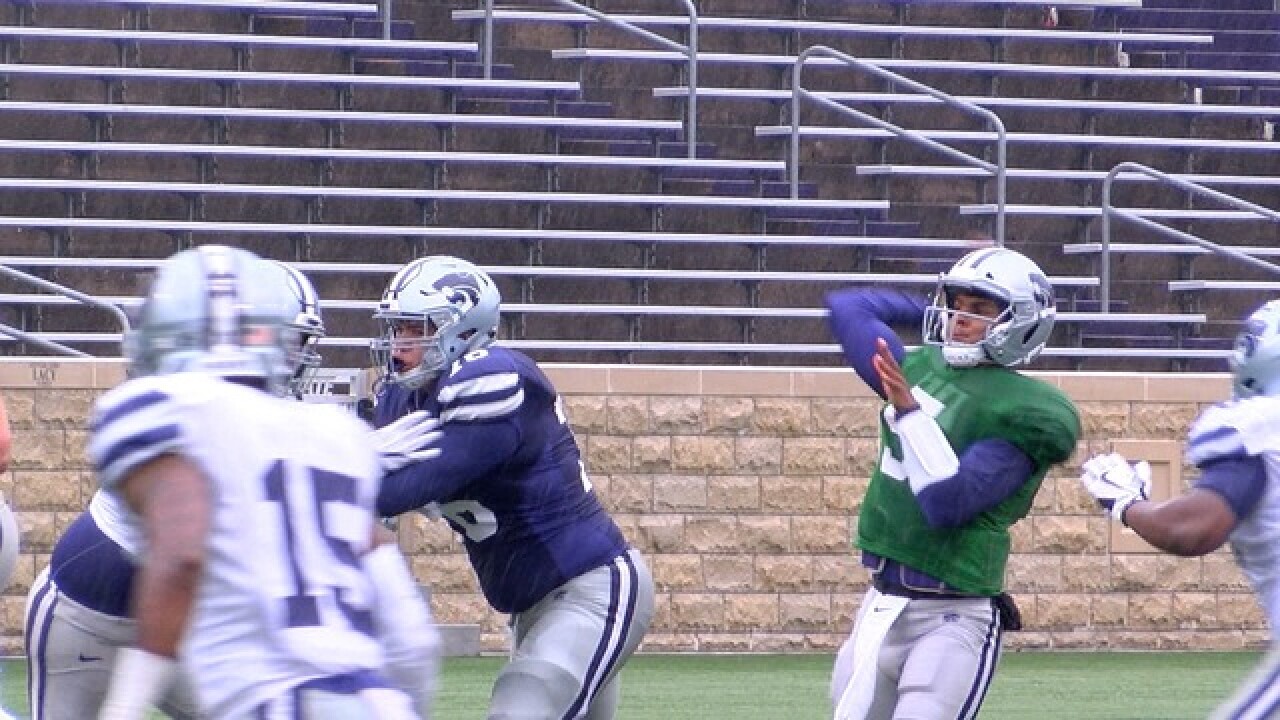 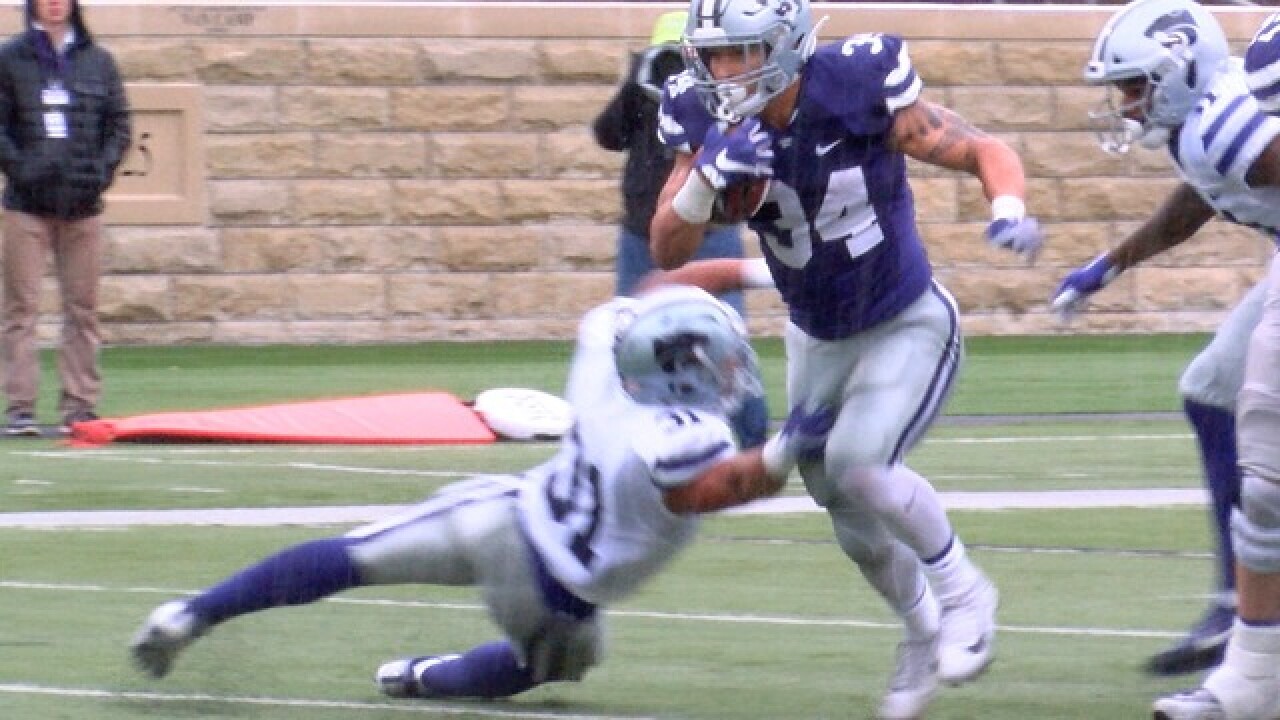 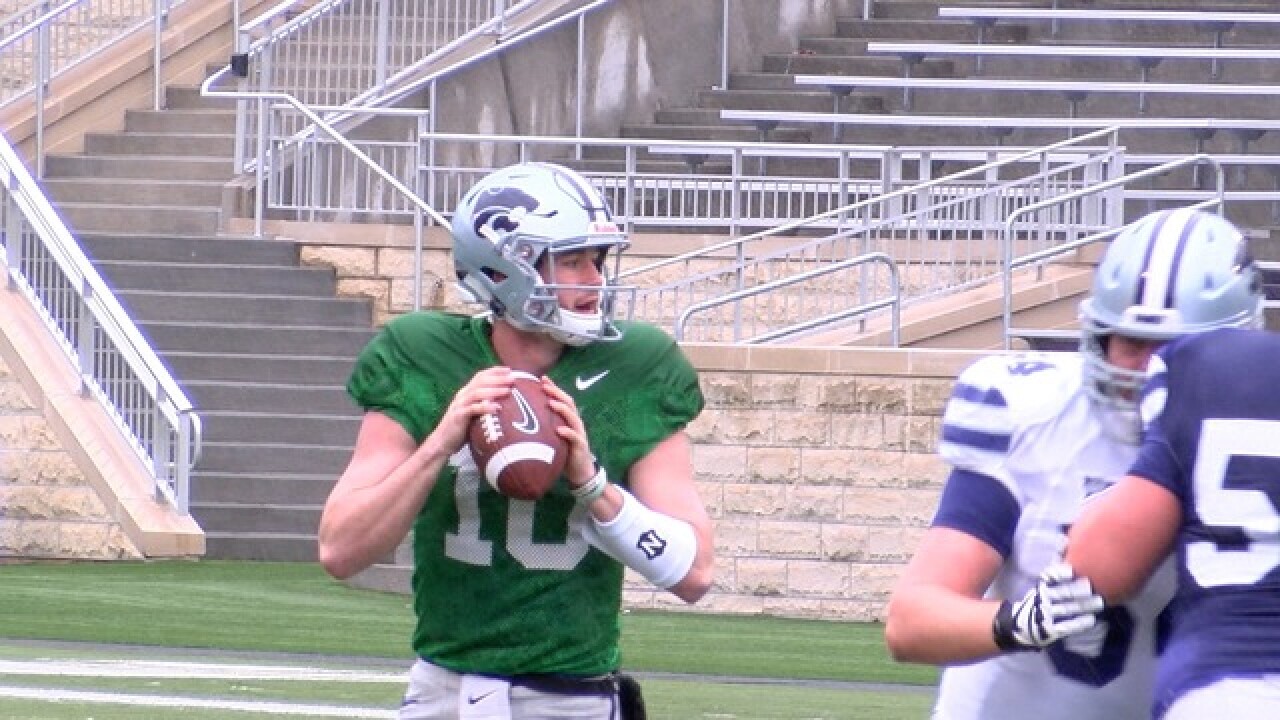 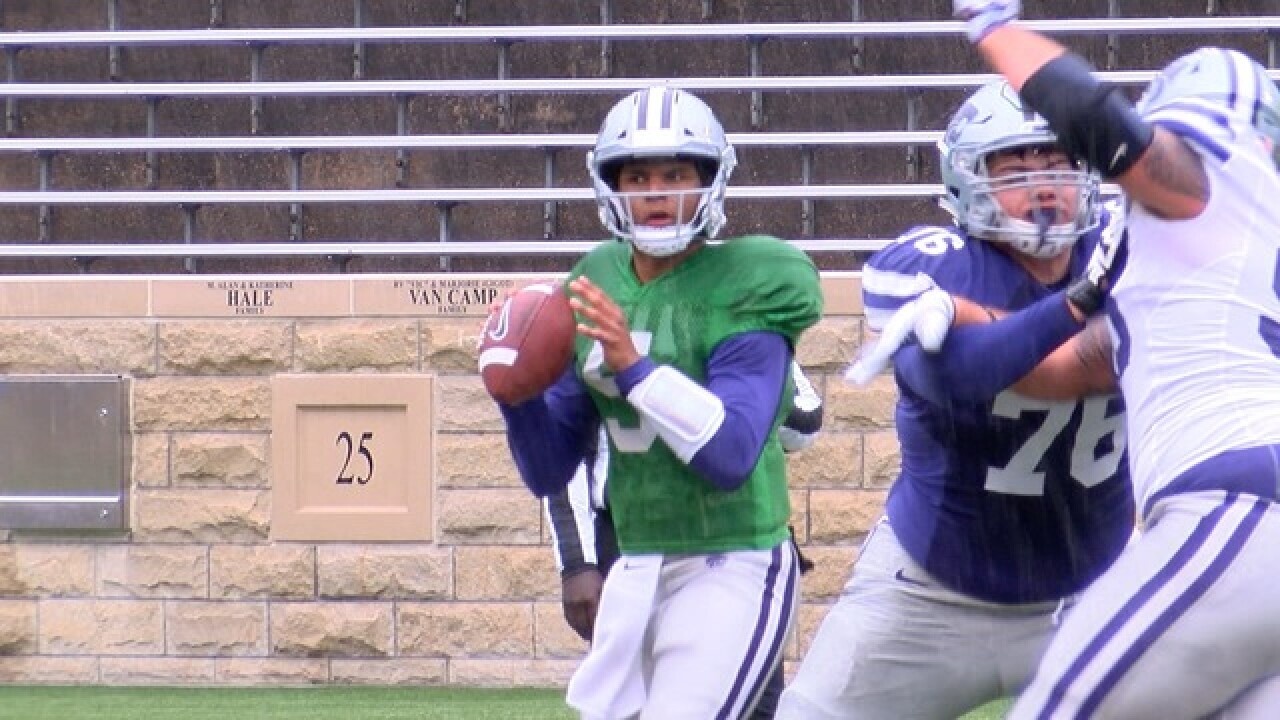 Saturday at the Bill Snyder Family Stadium in Manhattan was cold and rainy day with a high in the low 40's. Those conditions were hardly fitting for a football spring game. A sparse crowd braved the elements to watched the game. All of the aforementioned facts didn't phase the Kansas State football team and hardly rattled quarterback's Alex Delton and Fort Osage product Skylar Thompson.

Both players were fantastic and lit up the scoreboard while they both split time between the white and purple teams. Purple eventually won 31-28 in a highly entertaining game. Delton was 21-of-28 for 201 yards and 3 TD's for both the purple and white teams combined. Thompson was 15-of-22 for 204 yards and 2 TD's.

Both quarterbacks are gunning for the starting spot come this fall. The game's certainly afoot.

Alex Delton also wanted to showcase what he could do on the field even for the few fans that were there witnessing the game live and in-person.

During the 15 spring practices the team had, both quarterbacks were so close in how they performed that the entire coaching staff including Head Coach Bill Snyder had to find a way to break the proverbial tie going into the spring game.

"At first glance, you know, I think they both played reasonably well. I mean, we traded them back and forth. You know, In all honesty, who started the ball game for us, you know, we flipped a coin," Coach Snyder said. "[That] just is an indication of how close they have been throughout the course of our spring practices."

Even some of the players couldn't tell one QB from the other.

"I think to compliment them is that I can't tell the difference when I'm in there who's in there cause they're both so solid and do a great job."