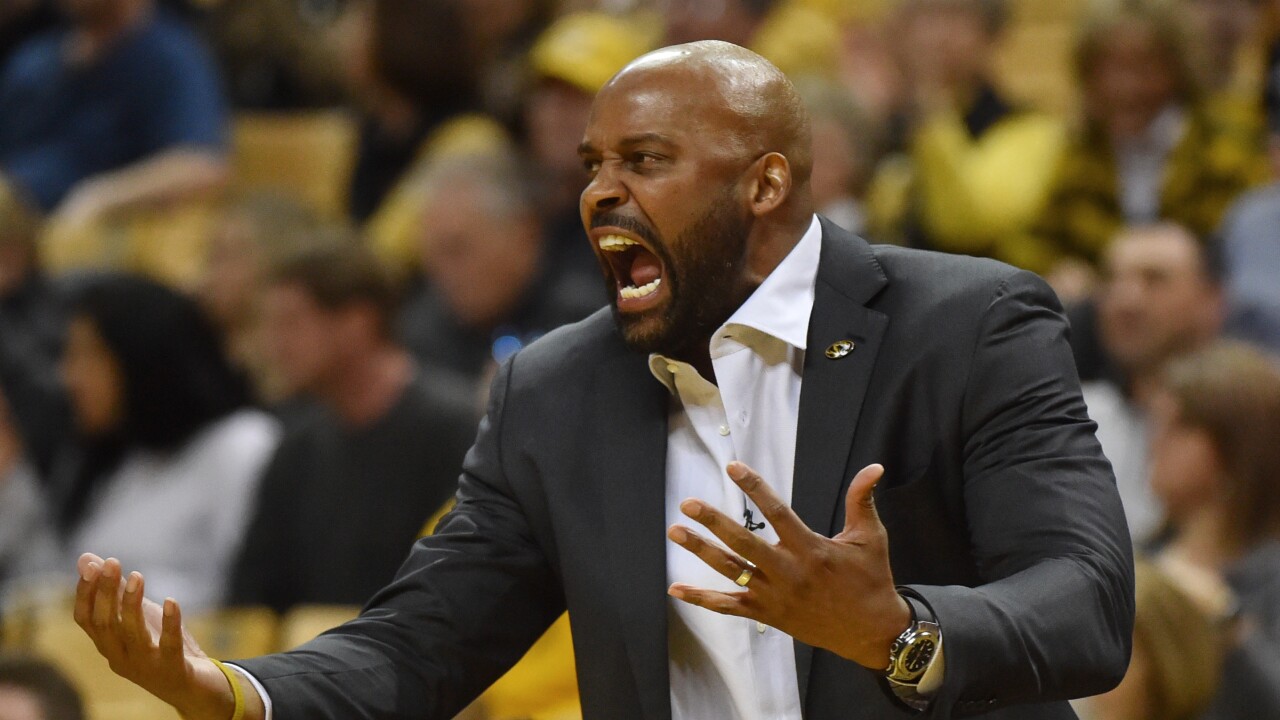 Ed Zurga/Getty Images
COLUMBIA, MISSOURI - JANUARY 08: Head coach Cuonzo Martin reacts as he cheers for his team against the Tennessee Volunteers of the Missouri Tigers in the first half at Mizzou Arena on January 08, 2019 in Columbia, Missouri. (Photo by Ed Zurga/Getty Images)

KANSAS CITY, Mo. — Austin Reaves had 19 points and 10 rebounds, Brady Manek contributed 17 points and Oklahoma hold off Missouri 77-66 in the consolation game of the Hall of Fame Classic on Tuesday night.

The Sooners (6-1) hit their first eight shots, including five 3-pointers, four of which came from Manek. Oklahoma was only able to hit three more 3s the rest of the game.

Mark Smith scored 18 and grabbed eight rebounds for the Tigers (4-3). Jeremiah Tilmon finished with 13 points and Torrence Watson had 11.

Tilmon had a tip-slam to cut the deficit to 49-46 and get a Missouri heavy crowd back on their feet midway through the second half, but the Sooners used a 6-0 run late in the game to close the door on Missouri.

It was a rough first three halves of the classic for Tilmon, who scored his first basket of the tournament with two minutes left in the first half. The junior averages the third most points this season for Missouri at 10 per game.

The Sooners shot 47% while holding the Tigers to 44%. Missouri had 15 turnovers which turned into 15 points for Oklahoma.

Oklahoma: After a sluggish start on Monday night, the Sooners started strong and held off a stingy Missouri team. They are in the midst of five straight games away from home.

Missouri: The Tigers didn't start the game well for the second straight game and it cost them.

This was the first time the two teams have met since Missouri left the Big 12 in 2012.

Missouri has a week off before they host Charleston Southern Next Tuesday.