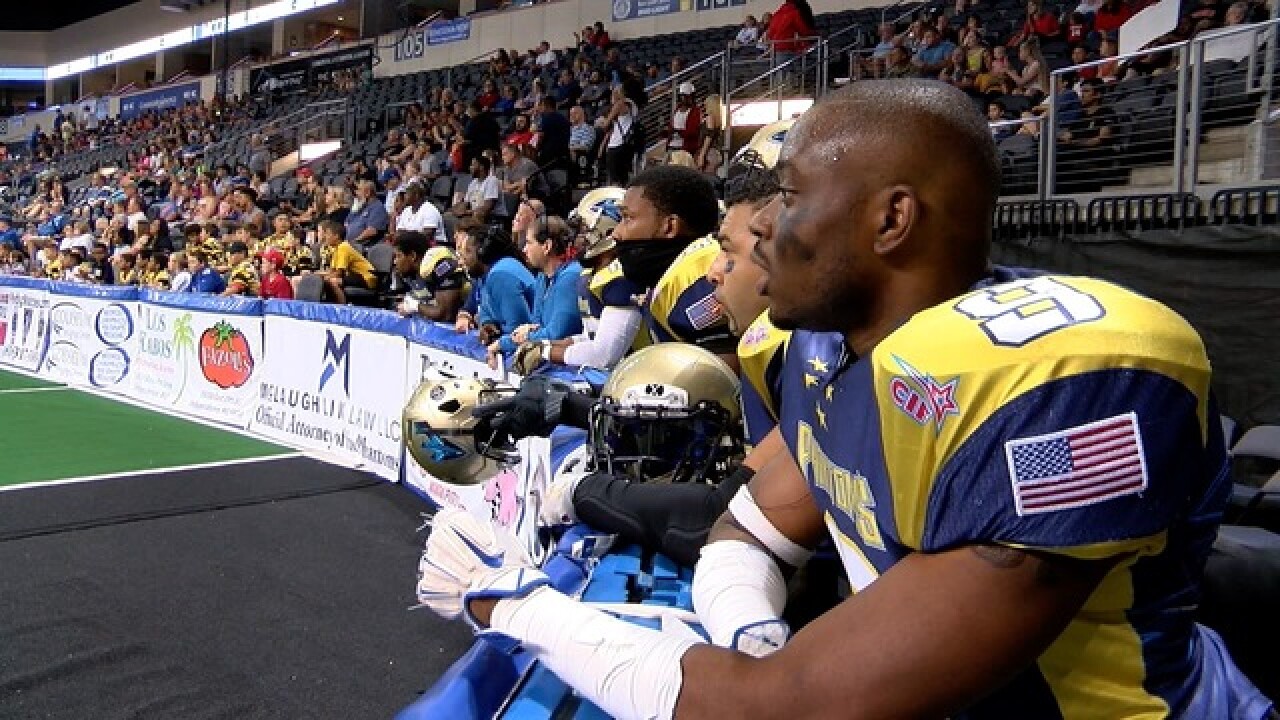 Copyright 2018 Scripps Media, Inc. All rights reserved. This material may not be published, broadcast, rewritten, or redistributed.
<p>Kansas City Phantoms players look on towards the field while the game is going on.</p> 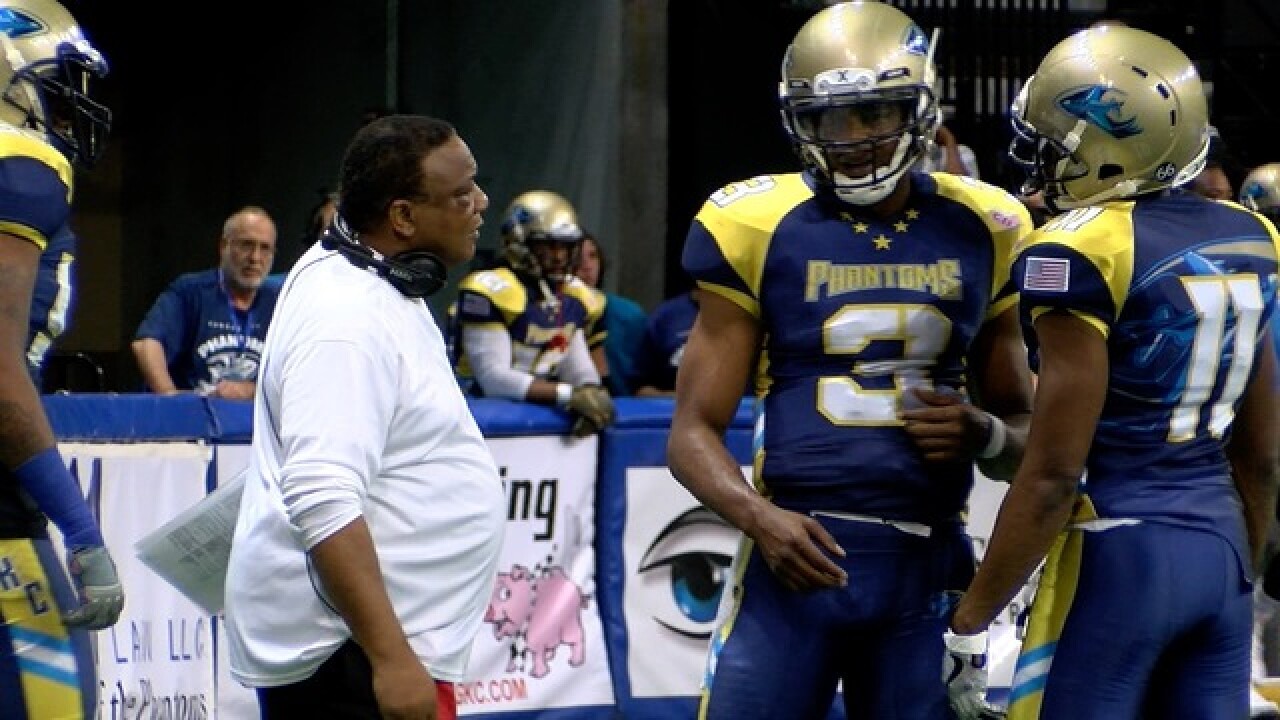 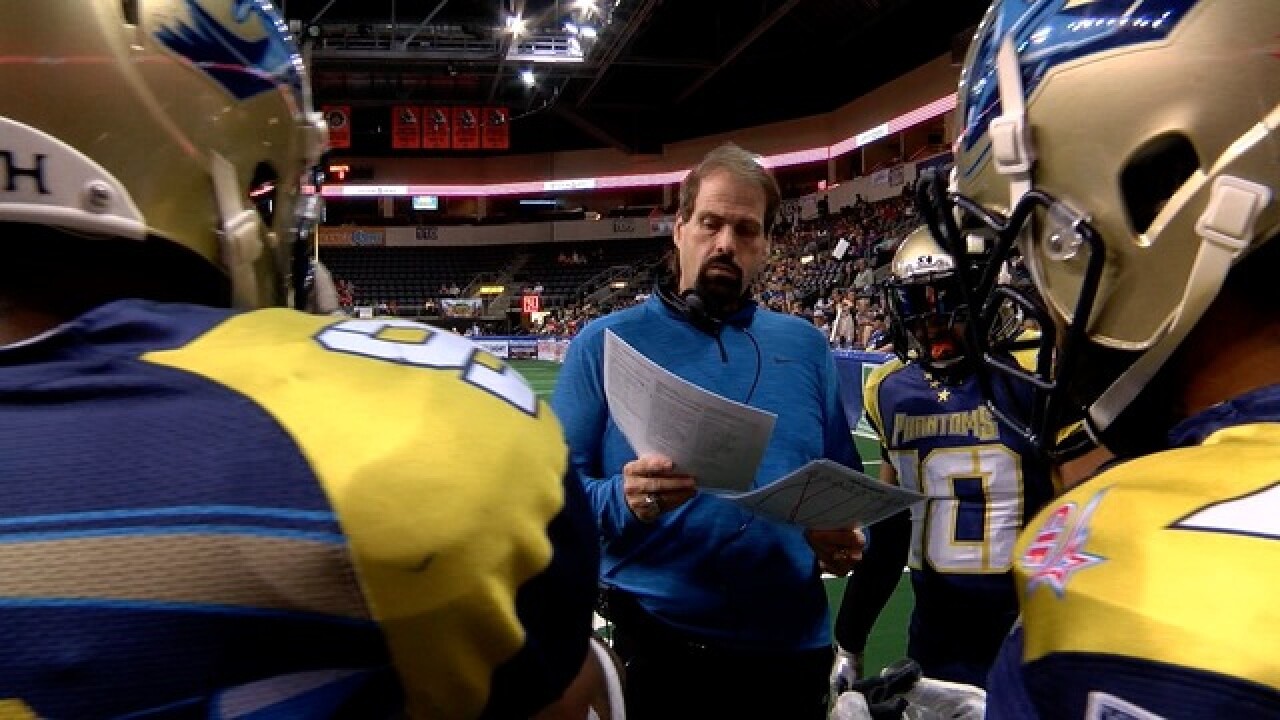 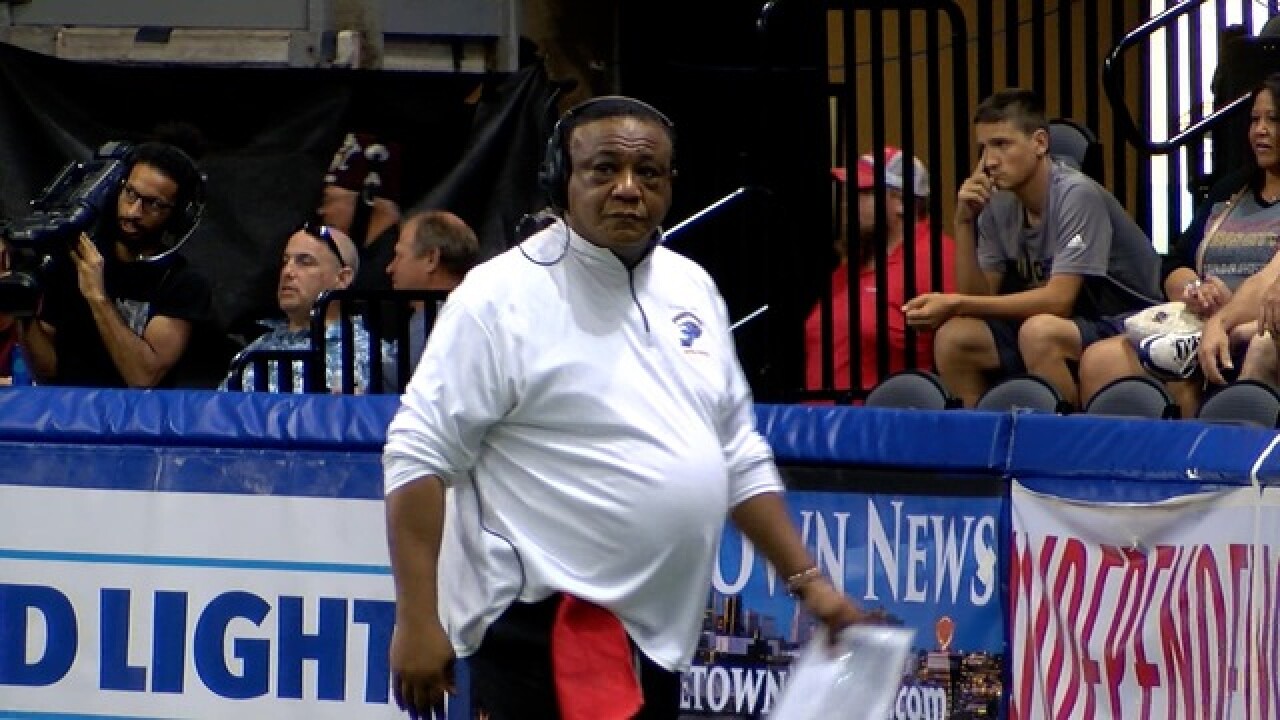 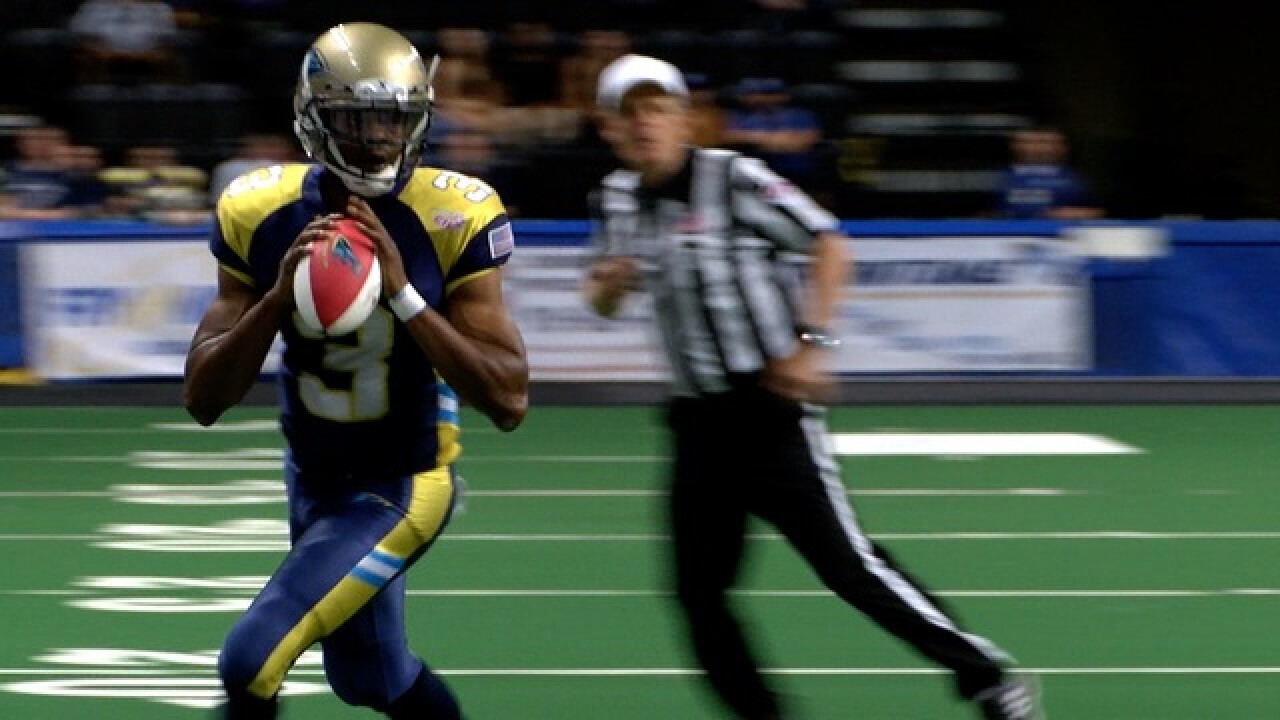 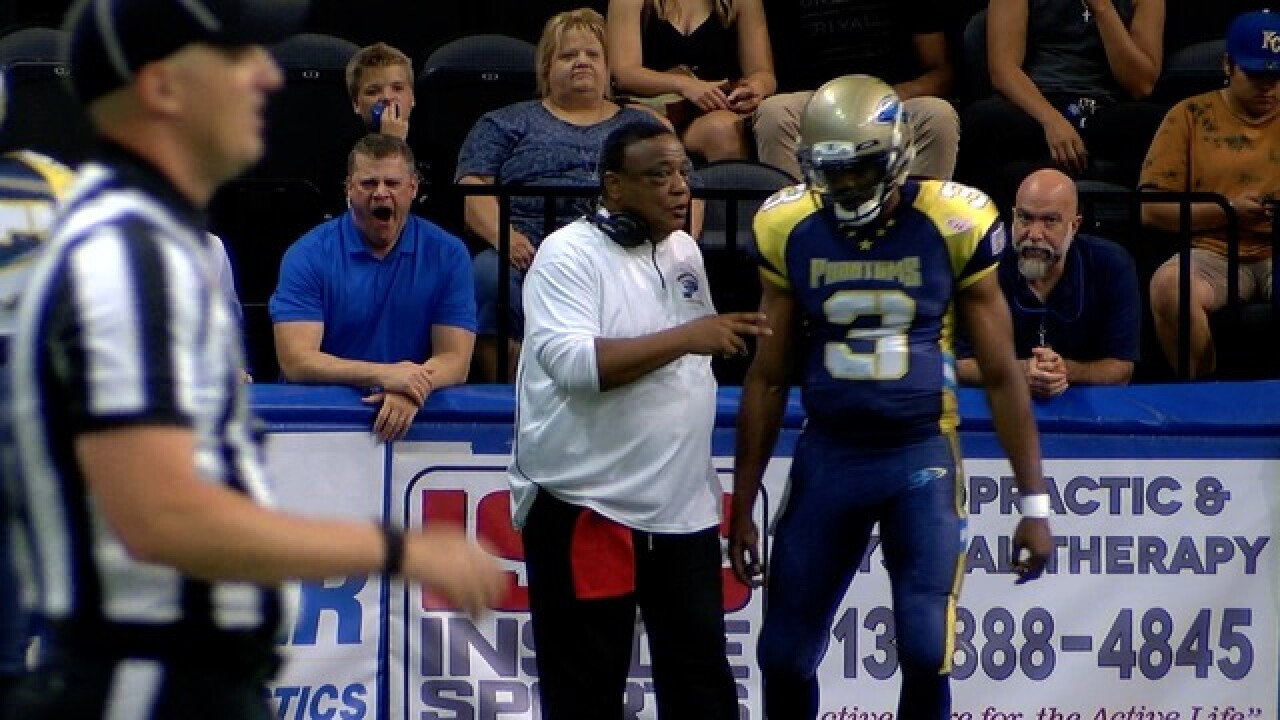 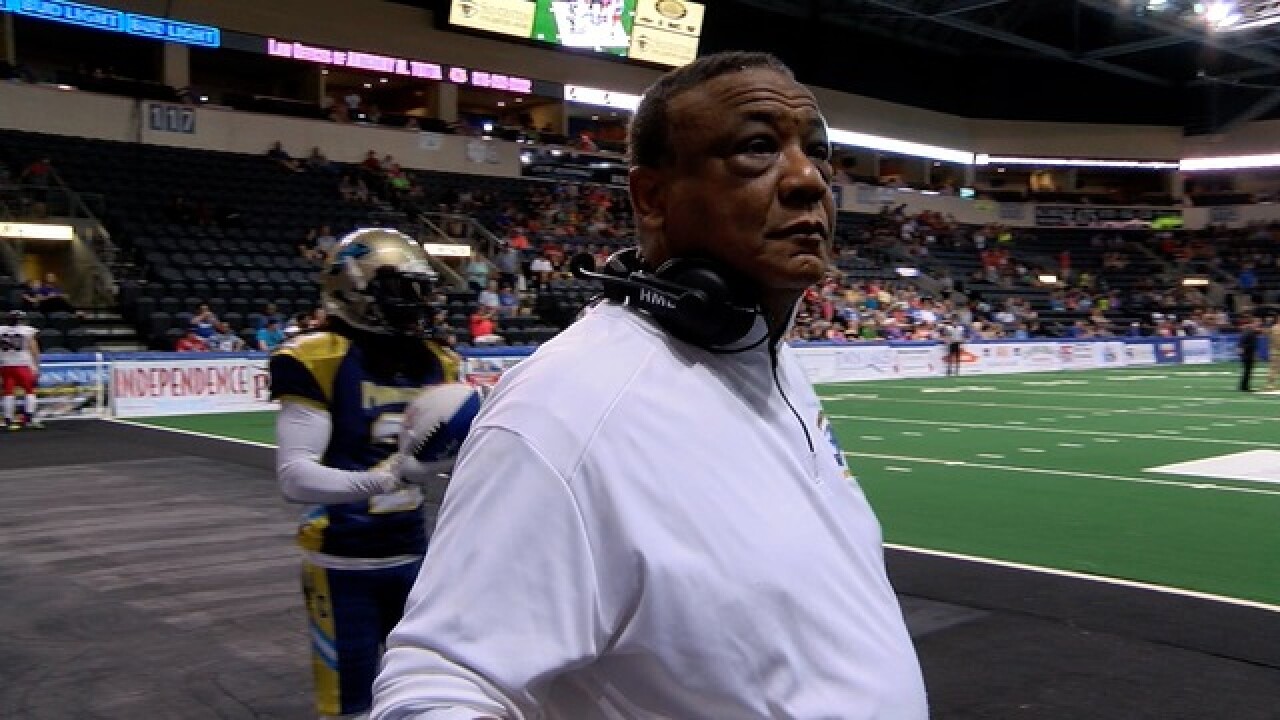 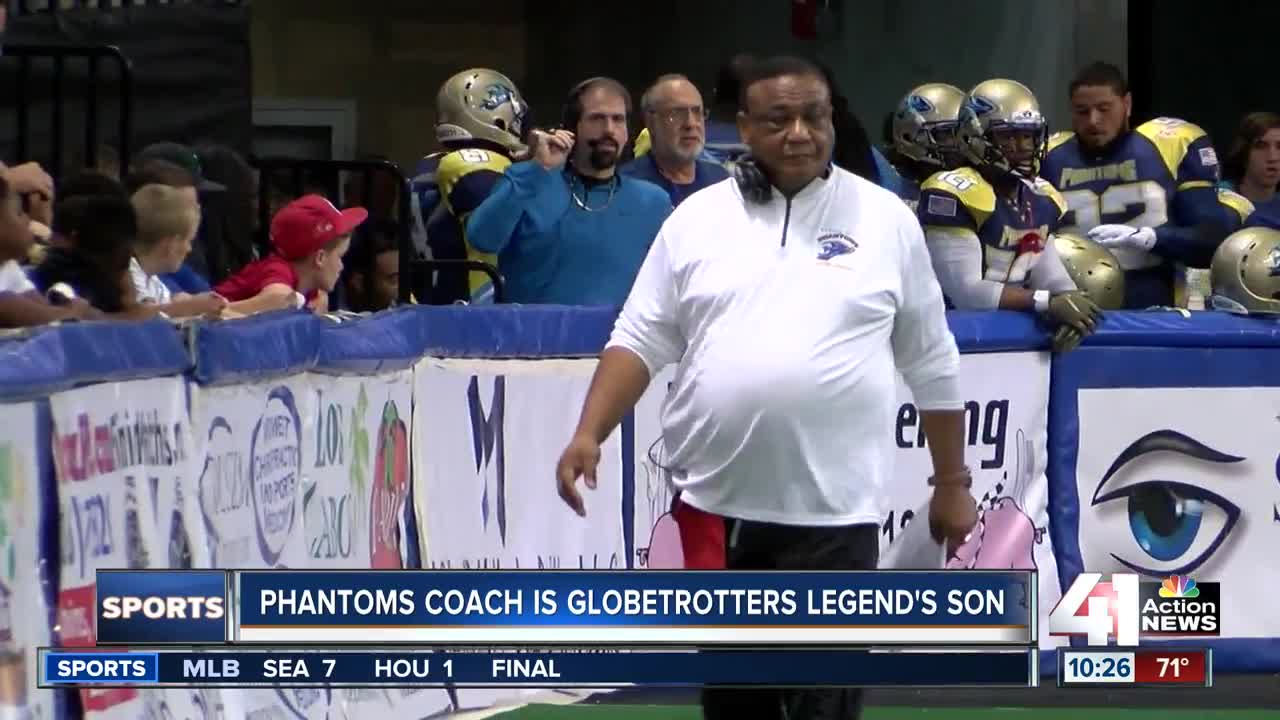 INDEPENDENCE, Mo. — Some coaches are sometimes consumed with their own plan prior to a game.

But Kansas City Phantoms Head Coach Meadow Lemon always seems to find time to talk and interact with his players. Lemon is only in his first year as the team's General Manager and Head Coach but he's already gained the respect of many around the organization.

"You know, Coach Lemon is a great guy, a great mentor," quarterback Donovan Portiere said. "He knows a lot about the game and, you know, just coming into a situation where we know we're gonna have some young guys in certain situations. You know, definitely brainstorming with him, getting on the board and, you know, film study [and] different things like that have been a big part of the type of success that we've had this year."

The football landscape in Kansas City is dominated by the Chiefs — and rightfully so. And, while the KC Phantoms of the Champions Indoor Football league are beginning to make their mark in the city.

They're only in the second year of existence as a franchise and the team knows it will be a work in progress.

"I'm excited. It's been a good time. We've been through some ups and downs. But, that's part of it you know," Meadow said. "Each year, what you wanna do, all you wanna do is build. And so, we're building. We have some good things. We have some great things to build upon. You know, we're excited about the future of this franchise."

While Meadow has lots of football experience, some may not know that he has deep basketball ties. His late-father is the legendary Harlem Globetrotters Hall-of-Famer Meadowlark Lemon. In fact, Meadow is the eldest son of Meadowlark who passed away in 2015. Meadow said that he has found a way to fuse the game of basketball and football into what he does every day.

"[My offense] was derived from the Globetrotters. And, it was the part about how we communicate. And so, all the time, it would be funny," Meadow said. "My dad would be talking and making all those noises. And, people would be laughing and saying something funny. But, in essence, he was giving instructions on exactly what he wanted. And, there's a lot of that in my offensive scheme."

While some players knew their coaches ties to Meadowlark, some were initially unaware.

The lessons Meadow learned from his dad, he still takes with him in his daily duties with the Phantoms.

"You know, the biggest lesson that my dad taught me that sticks with me, and I can share it with my players, share it with my kids, share it with anybody that will listen. Treat the game right and it'll treat you right," Meadow said. "If you don't treat it right, it's gonna chew you up and spit you out. And, when you start to look at it, it really holds true."