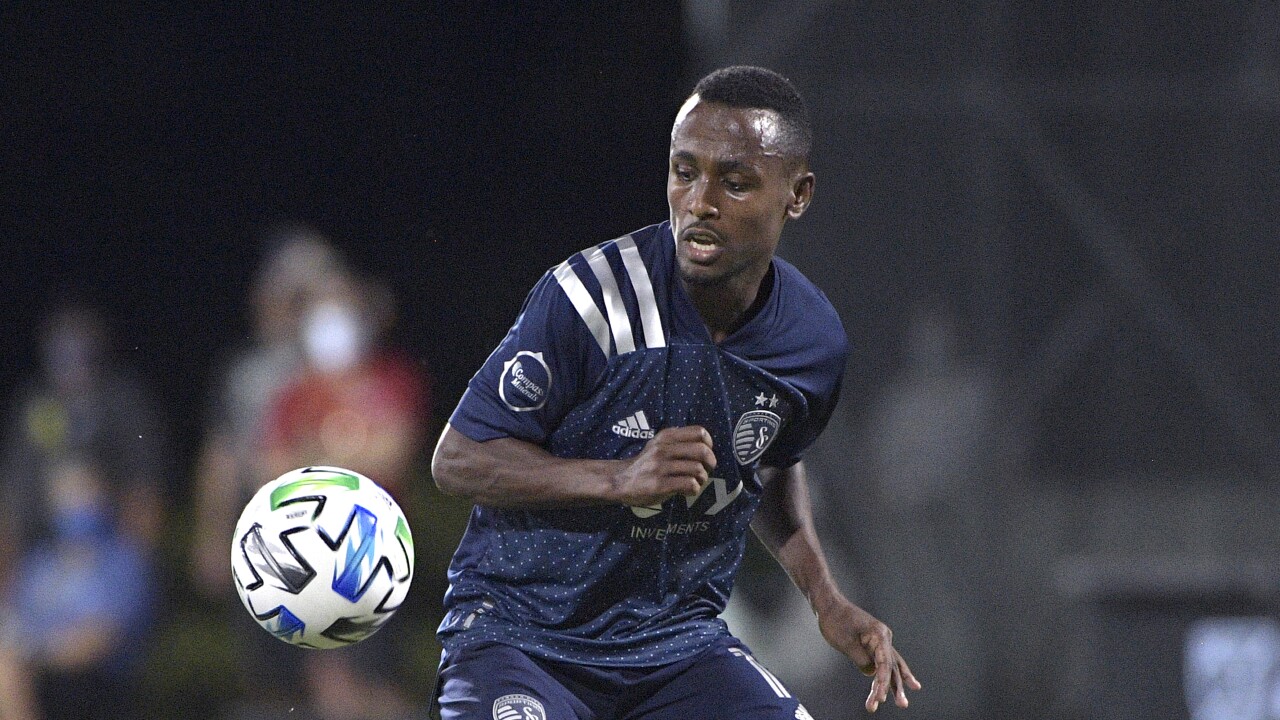 KANSAS CITY, Mo. — Gadi Kinda's 12th-minute goal stood as the difference after Sporting Kansas City and Minnesota United FC traded own goals a half-hour apart on either side of halftime Friday at Allianz Field in St. Paul, Minnesota, where the visitors claimed a 2-1 win in a battle of Western Conference front-runners.

After Sporting KC grabbed the early lead, Jaylin Lindsey scored an own goal in the 32nd minute, which drew the Loons even at the break.

Forward Johnny Russell set up the game-deciding blunder in the 55th minute. Minnesota defender Michael Boxall kicked Russell's cross from left of the Loons' goal for the lead en route SKC’s first road win against the United in team history.

Overland Park native Cam Duke made his MLS regular-season debut in the match. Duke, a 2019 Blue Valley West graduate, appeared in a tournament game during the MLS is Back Tournament, which officially counted as an exhibition.

Doesn't look happy, but Vermes says #SKC 'didn't lose themselves' in the win.

"We took their biggest piece of attack away from them" -- in reference to taking away MIN crosses in the box. pic.twitter.com/1tzRvlvpyO

Sporting KC improves to 5-1-0 this season and leads the Western Conference with 15 points.

Next up is a home game Tuesday against the rival Houston Dynamo with a limited number of fans in attendance.