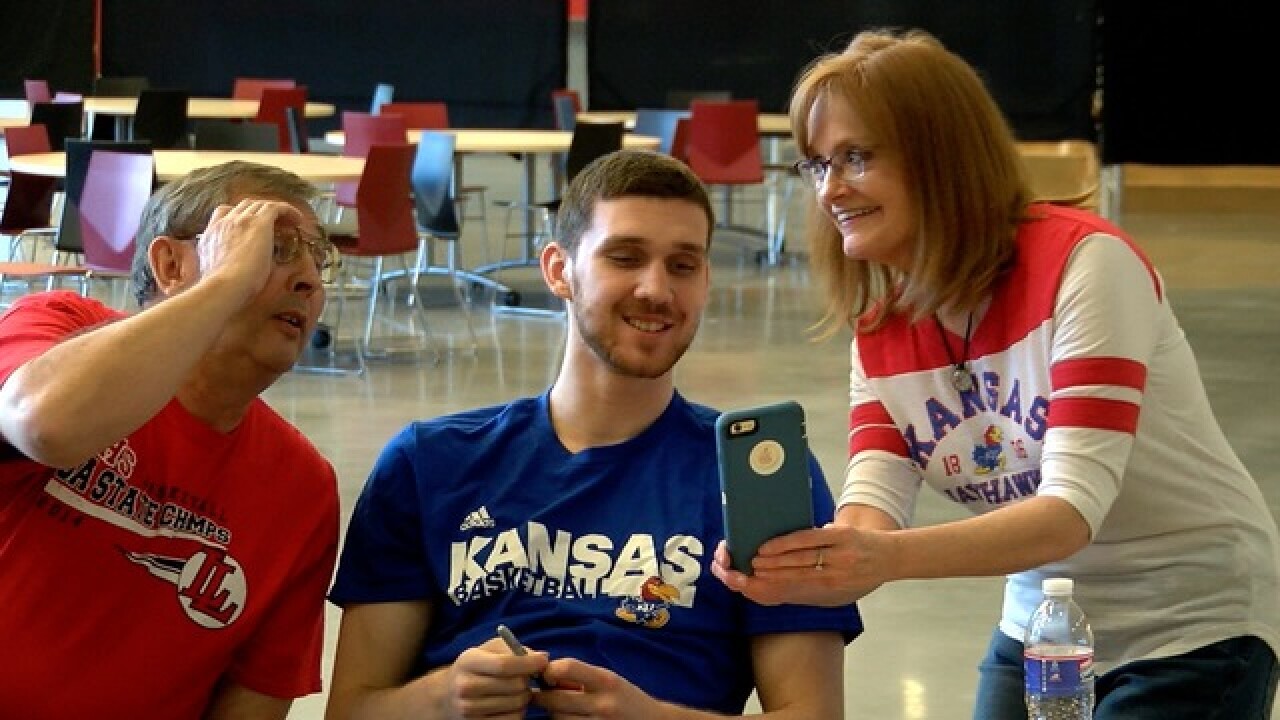 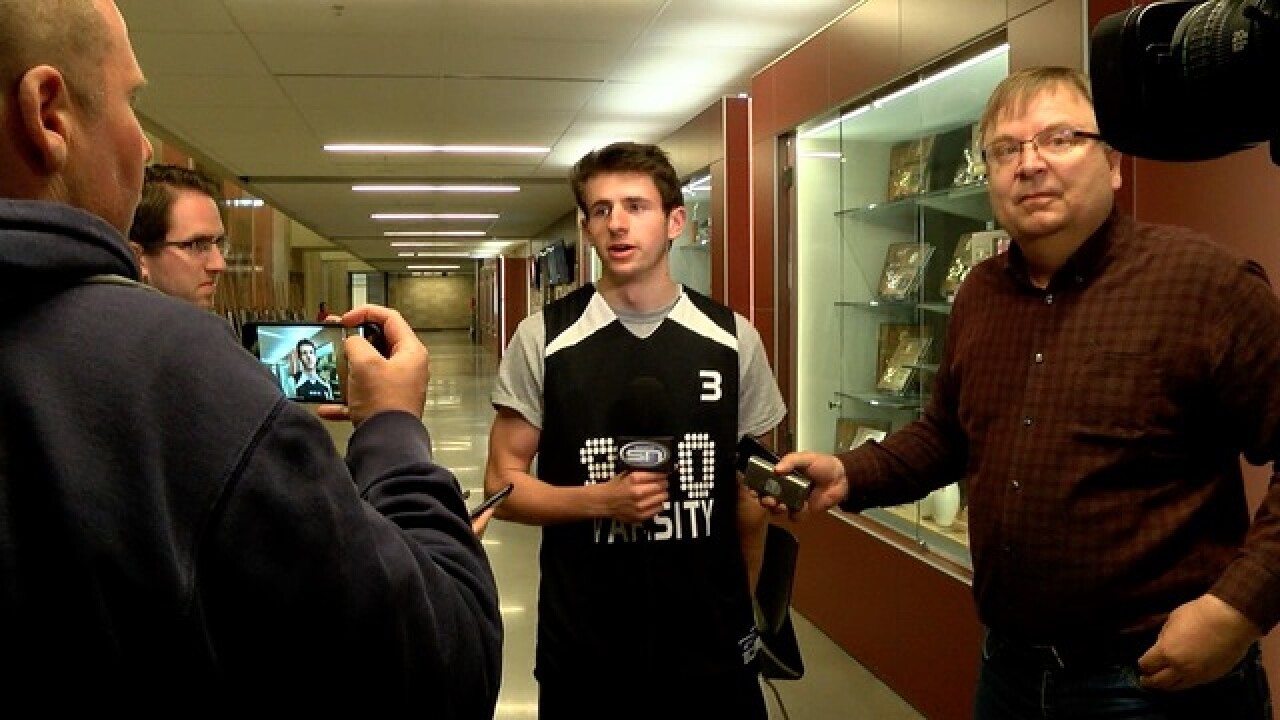 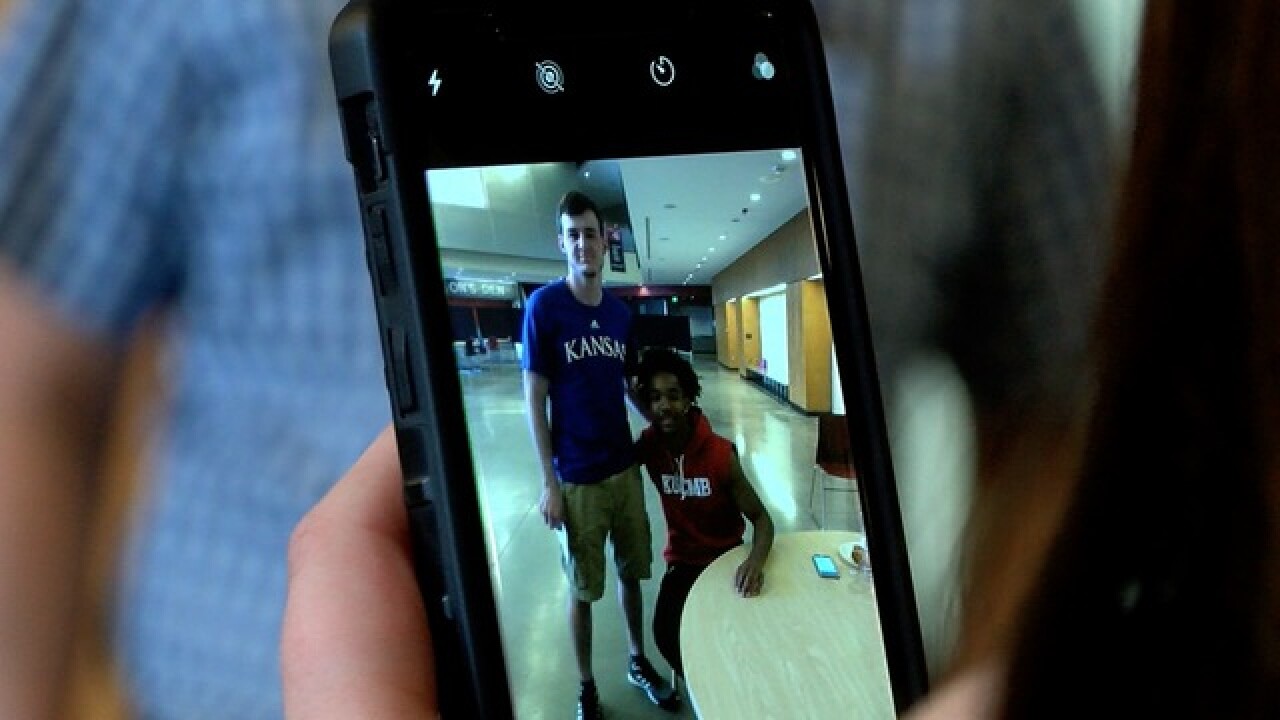 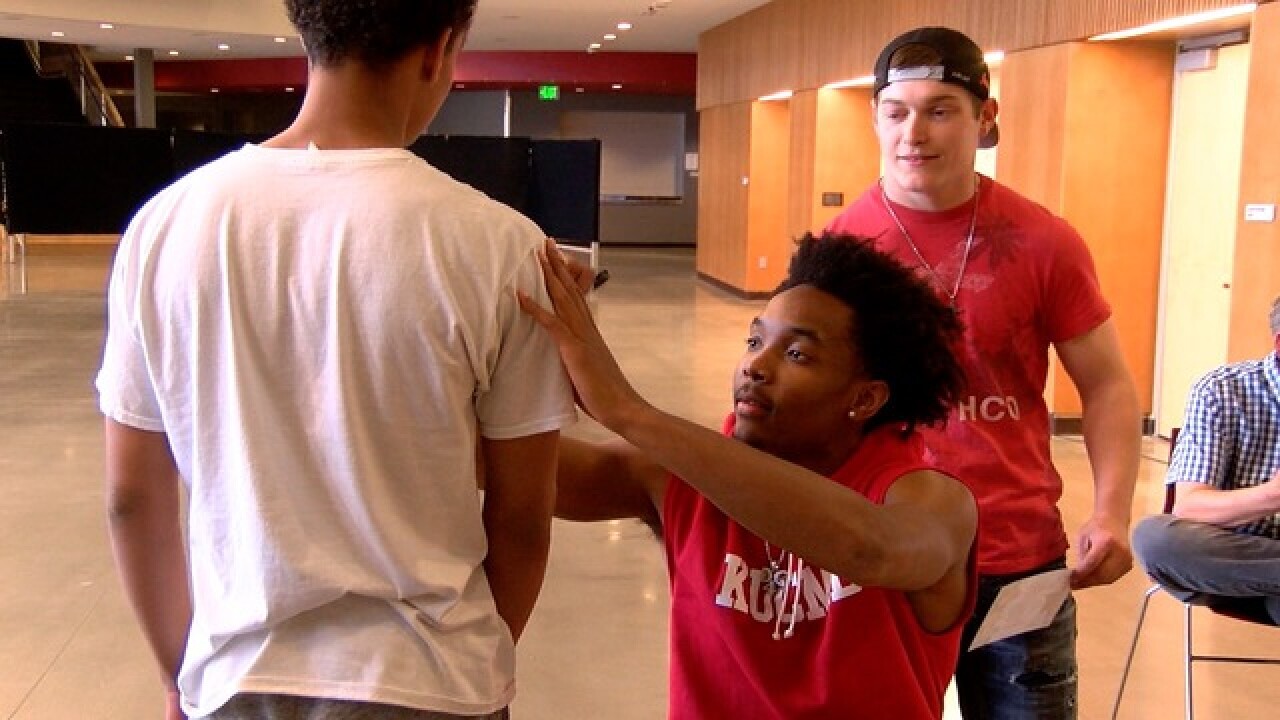 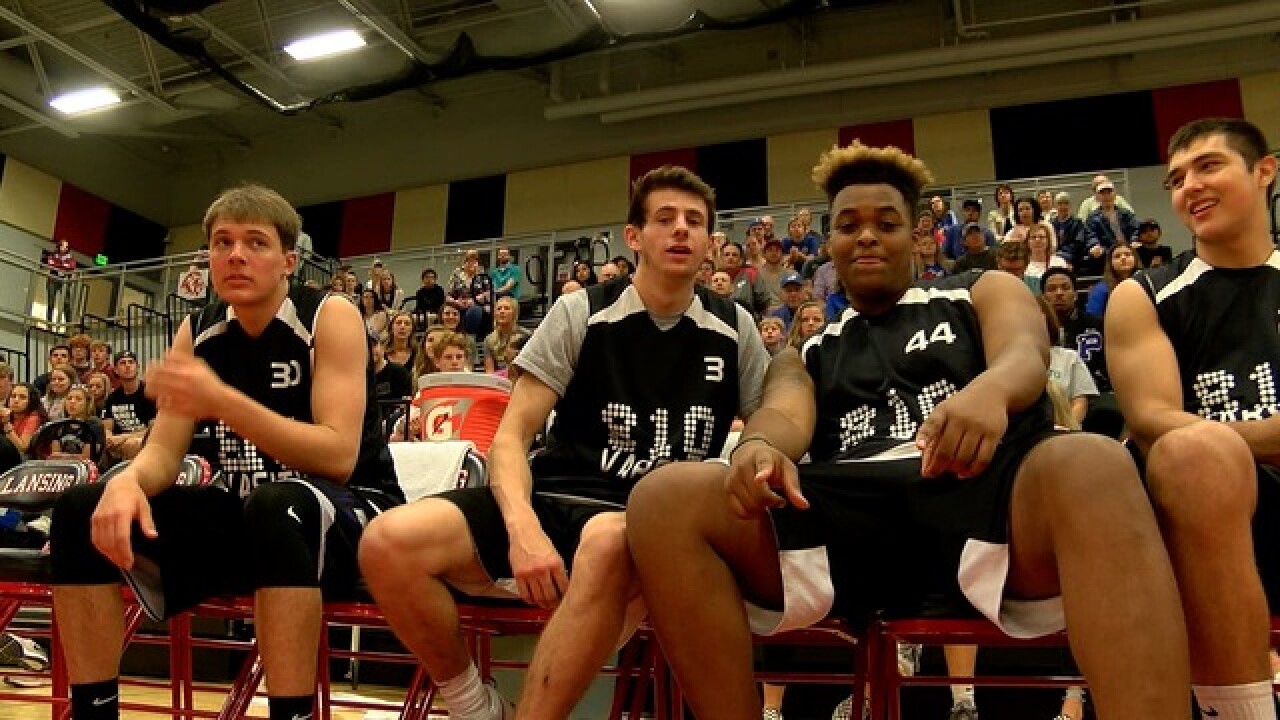 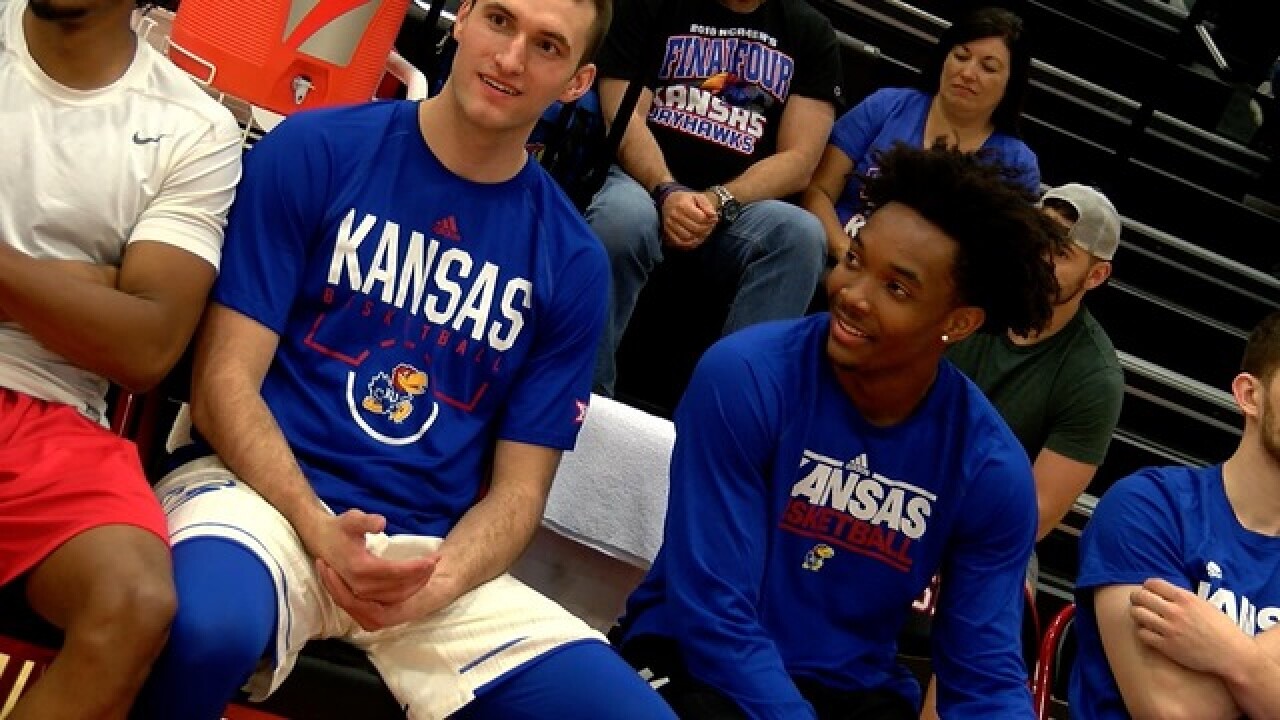 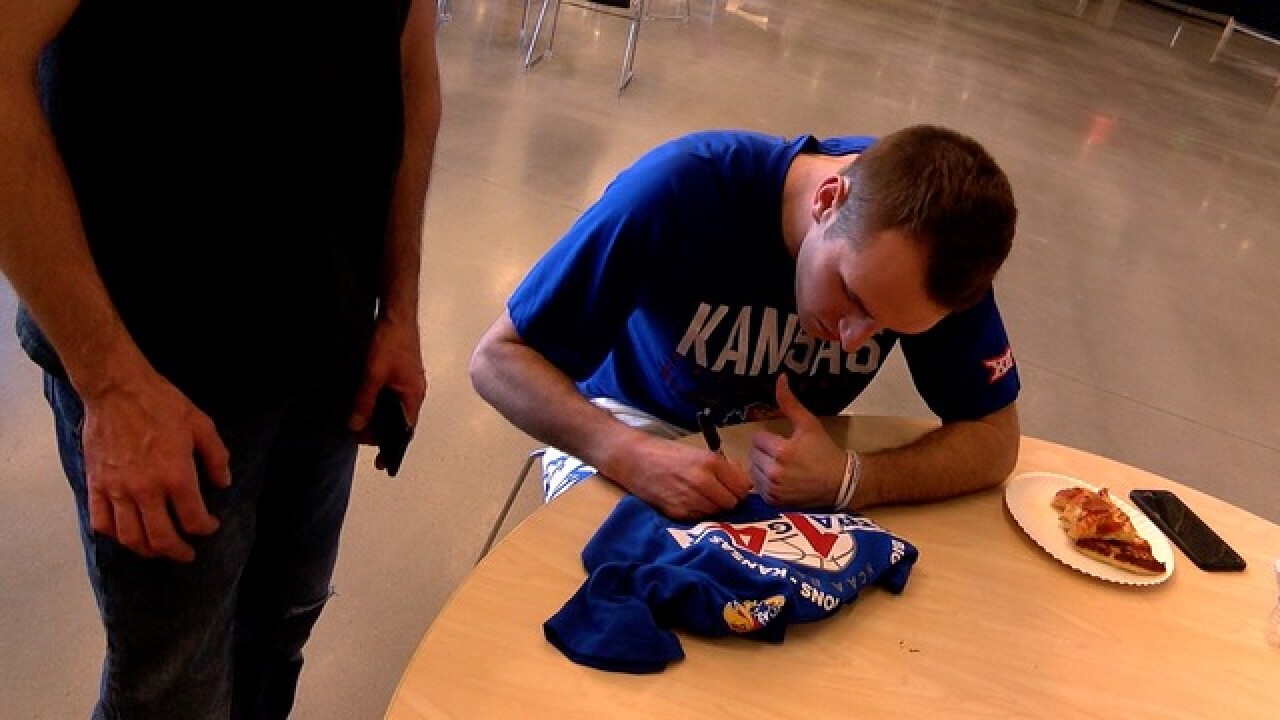 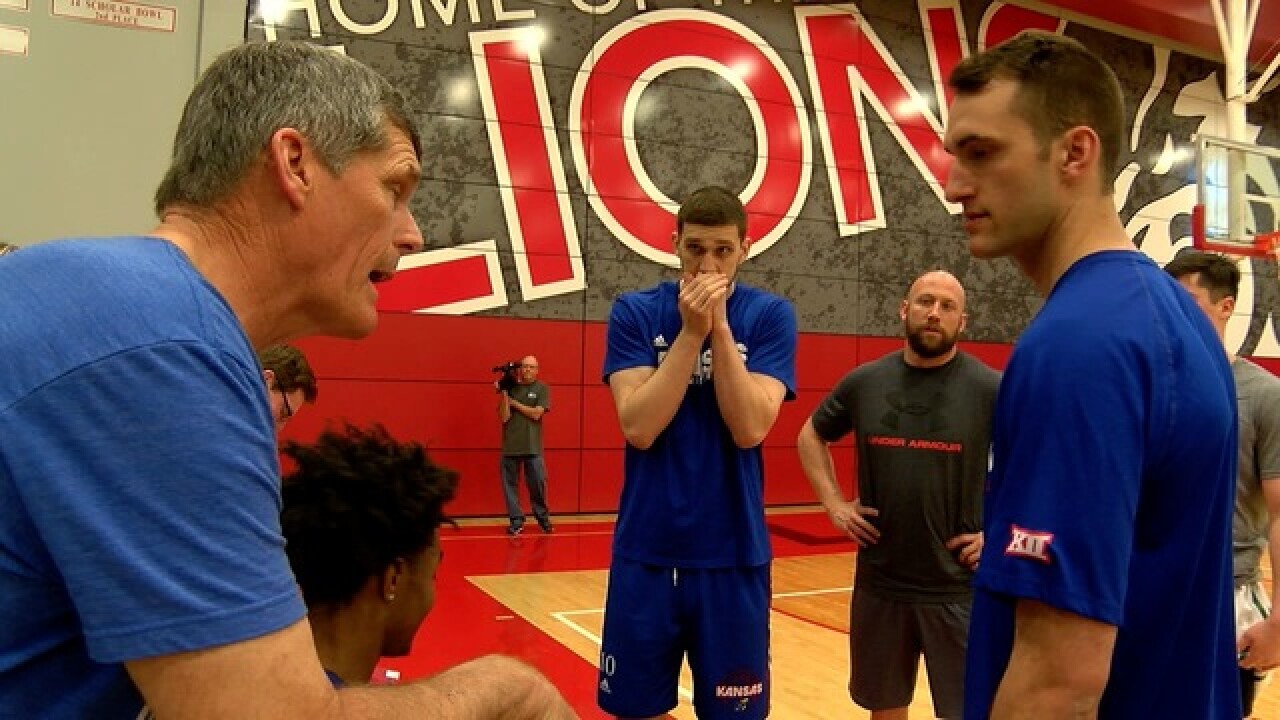 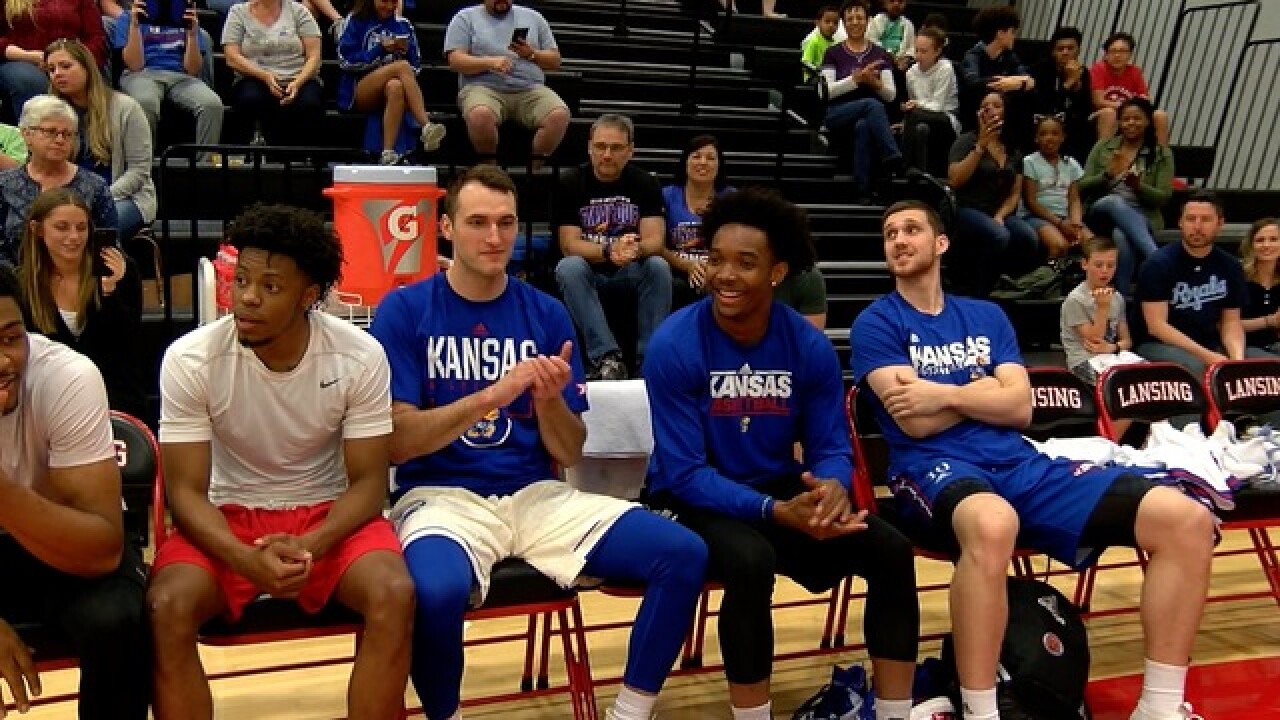 LANSING, Kan. — All three seniors from the Kansas men's basketball team made their final appearance as Jayhawks over the weekend.

Young played his high school basketball at Lansing. For him, it certainly meant a lot to be able to come back to play in front of his home crowd.

"It makes you feel really good. To come back and do something for the community, put on an event like this, it's pretty big-time and it's a good feeling just knowing that all these people care so much about KU basketball," Young said. "A lot of these people have supported me ever since I was in high school. So, it's just a good feeling coming back and seeing this many people out here."

Fellow seniors Graham and Mykhailiuk were happy to help bring a piece of KU basketball back to the Lansing community.

"We're out here in the city of Clay," Graham said. "We wanted to come here and do it. And, you know, coming home for Clay, it was nice. You know, his family is here. Everybody is here to just come out and have a good time."

The three seniors played with a group of other college stars from around the state. The team faced the 810 Varsity All-Stars, who were some of the best high school players in the area. Mykhailiuk said he was happy to be a part of something that was great for the community.

"I mean, it's definitely for fun. And, I'm just happy to see a lot of Jayhawks fans here and you know just playing with the high school kids," Mykhailiuk said. "For them, playing with the Kansas players and their team, it's kind of exciting cause, if I was their age, [I'd be excited if] some players from [a college] team come to my high school, and like practicing with us."

Both Mykhailiuk and Graham also talked about their prospects of getting selected in the upcoming NBA Draft on June 21. Both were invited to the NBA Combine which happens in a few weeks from May 16 through May 20. Mykhailiuk received his invitation from the league earlier in the day on Saturday before playing in the game. Graham said he has talked to former Kansas players about the NBA Draft process.

"I haven't talked to Frank [Mason] about it. You know, I talked to Wayne [Seldon]. You know, I was just on Facetime with Wayne this morning. [Utah Jazz player] Donovan Mitchell, I've got the same agent as him. So, I've really been talking to him a lot about it and how he went through [the process]," Graham said.

"I've been working out every day you know. I took a little bit off, went to D.C. I was working out there. And after [Saturday and Sunday], I'm coming back. I'm still gonna be in [Lawrence] until the draft," Mykhailiuk said. "I'm just focusing on working out and getting ready for the combine."