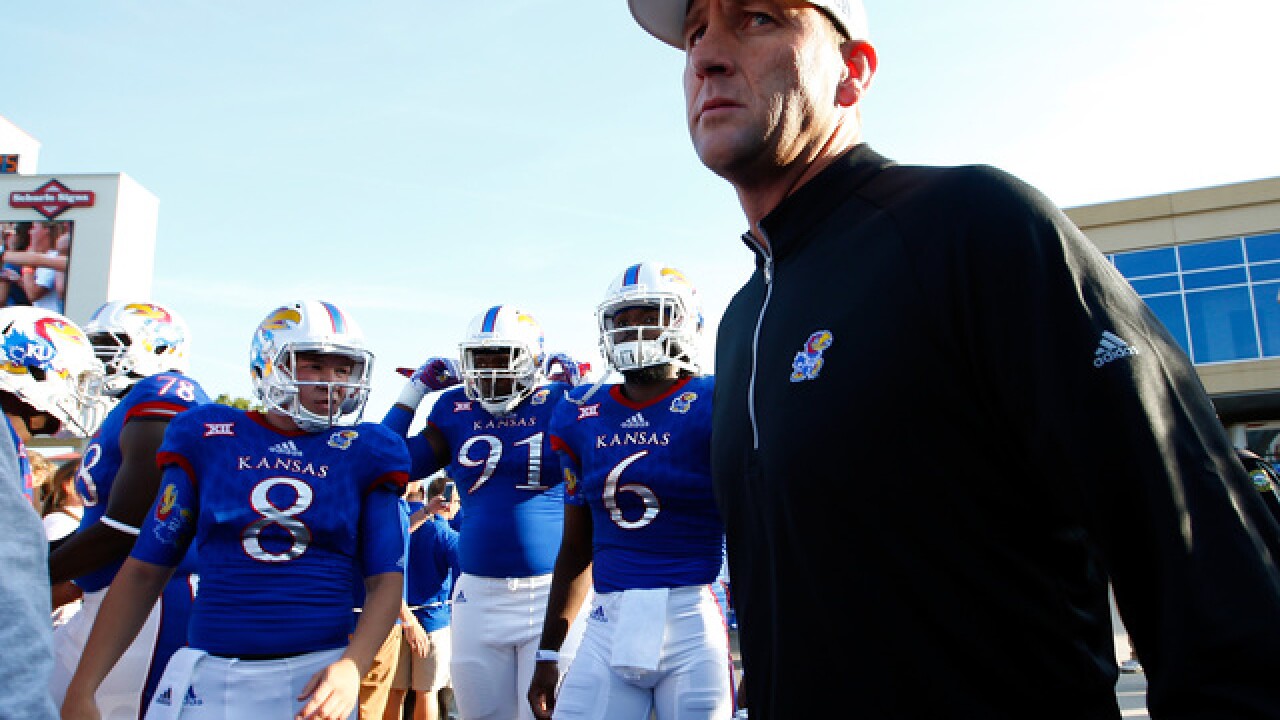 Copyright 2018 Scripps Media, Inc. All rights reserved. This material may not be published, broadcast, rewritten, or redistributed.
Jamie Squire
<p>LAWRENCE, KS - SEPTEMBER 12: Head coach David Beaty and the Kansas Jayhawks run onto the field prior to the game against the Memphis Tigers at Memorial Stadium on September 12, 2015 in Lawrence, Kansas. (Photo by Jamie Squire/Getty Images)</p>

Beaty, who went 6-42 in parts of four seasons with the Jayhawks from 2015-18, was fired in November 2018 — four months after Jeff Long took the reins as athletic director.

He sued the University of Kansas for $3 million in March 2019, when his lawyers accused KU athletics of trying to dig up NCAA infractions that would justify the firing in order to void his buyout.

Jimmy Marchiony, who has since retired as associate athletics director, said at the time that possible infractions were identified during exit interviews a month after Beaty was fired but allowed to finish the season as head coach.

KU announced the settlement in a statement:

Today, Kansas Athletics entered into a $2.55 million financial settlement with former head football coach David Beaty, ending all litigation and disputes. Despite the settlement, the University maintains that the facts and principles behind its position remain intact. For the betterment of KU, and driven by a willingness to move forward during a time of uncertainty in college athletics, the University has now put this matter behind us. All funds to be paid as part of the settlement will come from the original amount placed in escrow during the 2018-2019 fiscal year following Beaty’s separation from KU.