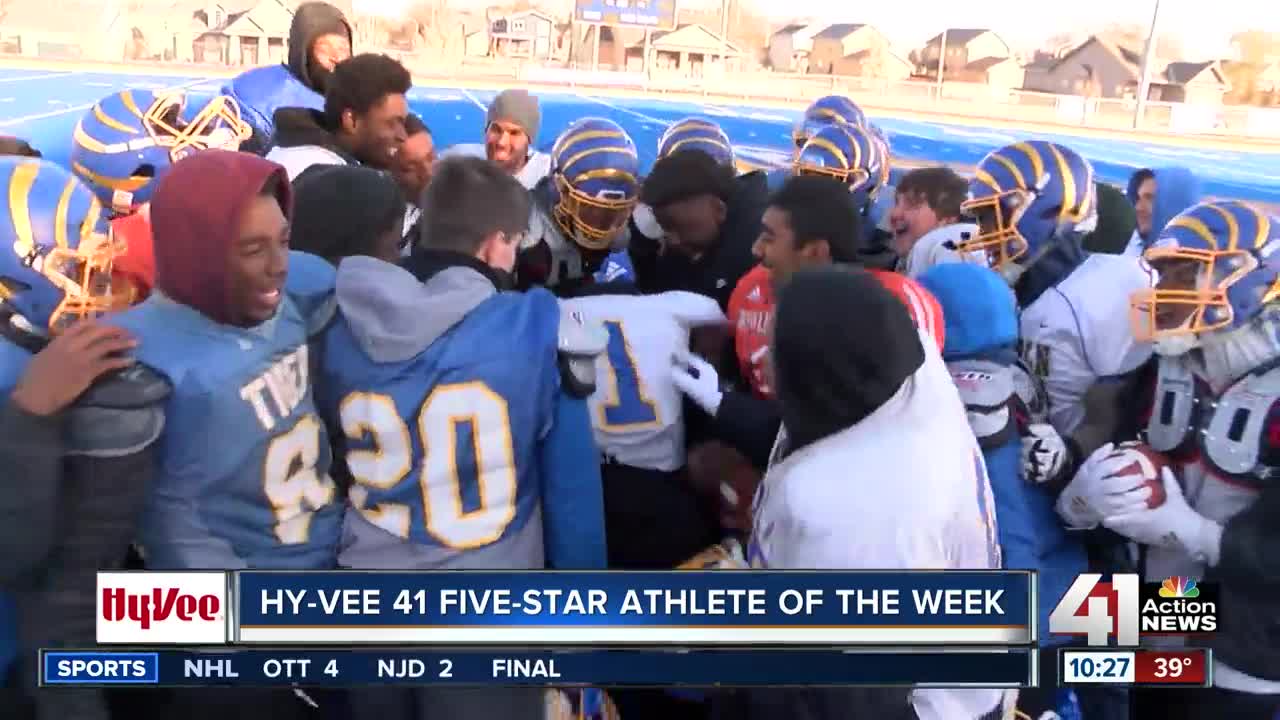 Lincoln Prep's Jermaine Hamilton-Jordan and Edrico Gilliam have fantastic performances against Excelsior Springs, leading to their selection as the Hy-Vee Athletes of the Week. 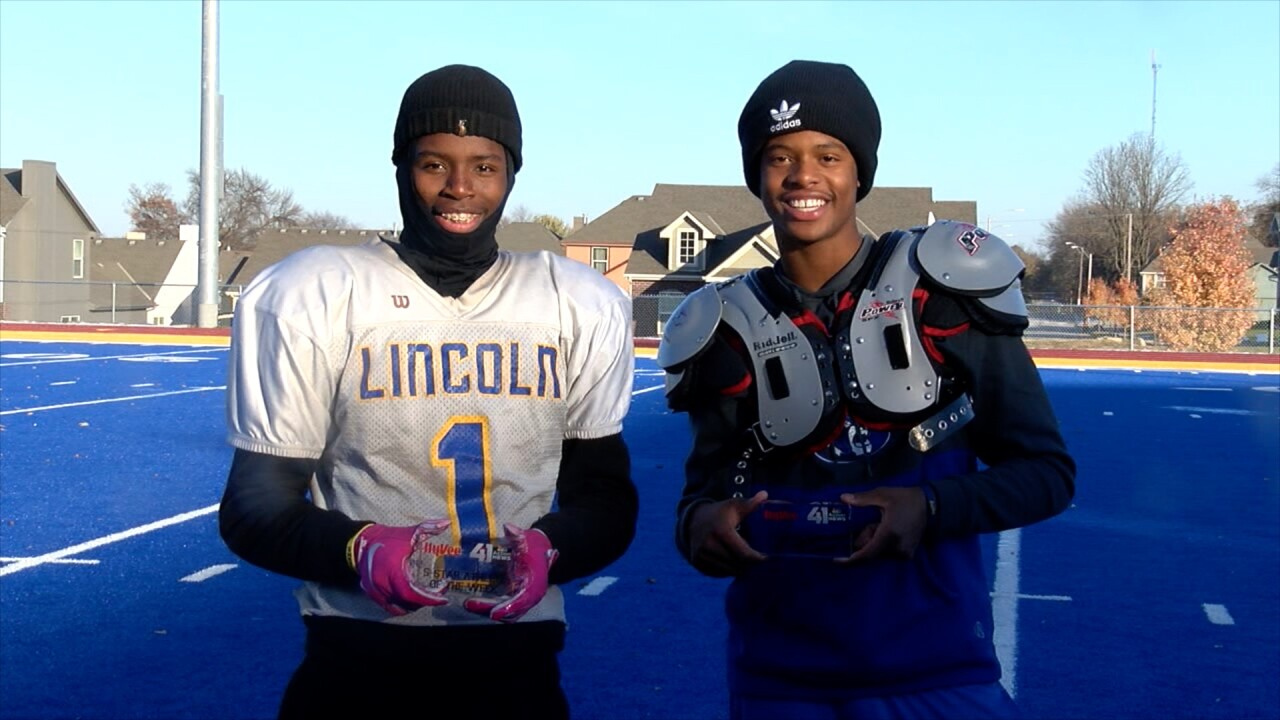 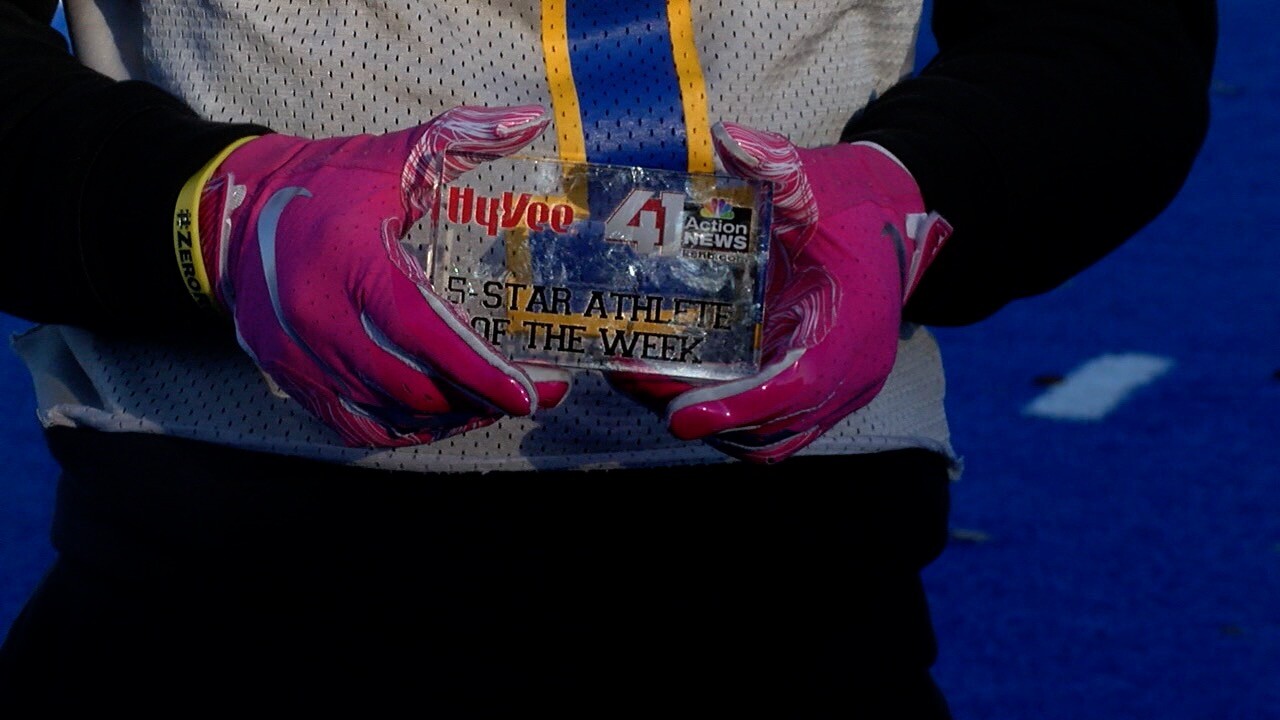 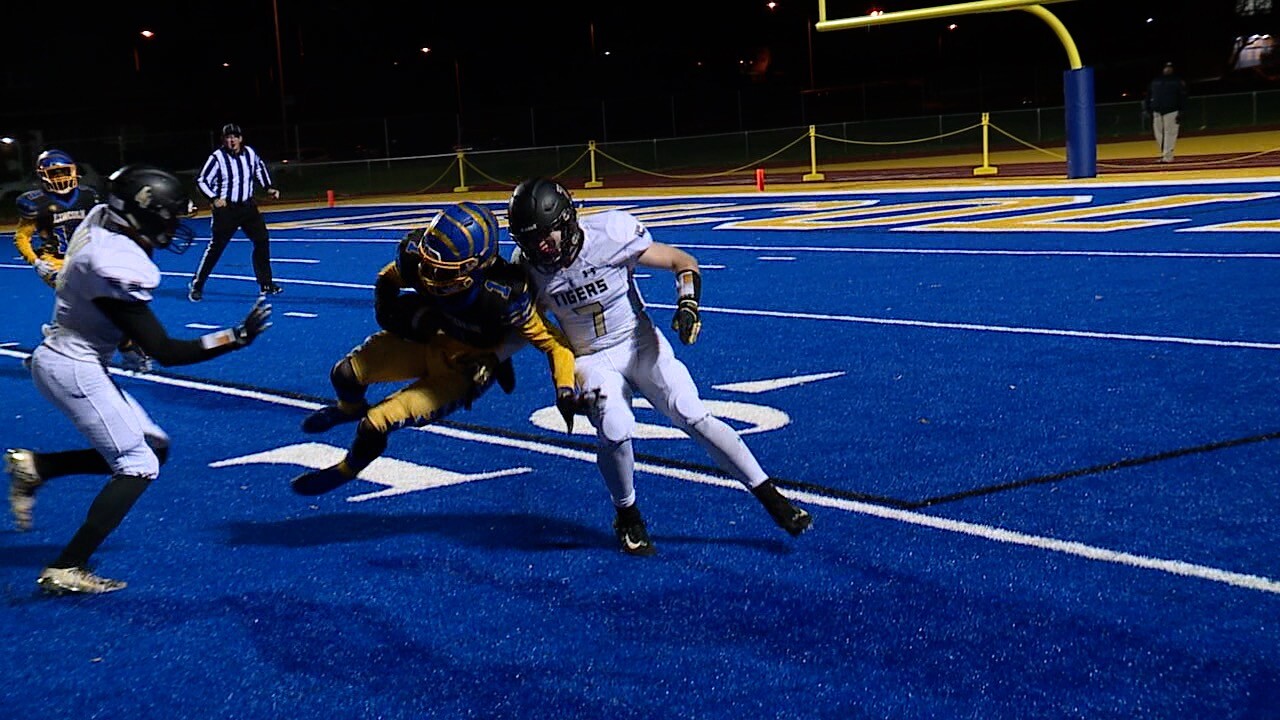 KANSAS CITY, Mo. — Lincoln Prep has had quite a magical 2019 season and the ride continues. The Blue Tigers (11-0) defeated Excelsior Springs (7-4), 41-38, in a double overtime thriller. On Friday, they will face Platte County (8-3) in the Missouri Class 4, District 8 championship. It will be the first time Lincoln Prep plays for a district title since 1972. The last time they won a district championship outright was 1969.

That victory was due in large part to the performance of junior linebacker Jermaine Hamilton-Jordan and senior wide receiver Edrico Gilliam.

Hamilton-Jordan had 26 tackles, one blocked punt, one forced fumble and chipped in with a rushing touchdown on offense. Gilliam had five catches for 100 yards, including a fantastic touchdown where he scored in between two defenders. Both players have been a major reasons for Lincoln Prep's success. Head Coach William Lowe said he knows how important they both are to his team.

"They're both big time players," Lowe said. "I mean, in big games, you look for your best players to step up. So, you know, we told them before the game we need players to make plays. And they both did. And that's what helped with the outcome."

Hamilton-Jordan was unable to participate in the team’s first playoff game against Kansas City East due to an undisclosed rules violation. However, he said he wanted to make up for lost time in the Excelsior Springs game.

"I missed last week's game because of a MSHSAA rule,” Hamilton-Jordan said. “So like, my momma just told me, she wants me to win the Simone Award this year. She said, ‘You have to make up for [missing the last game].’ And, I had a 109 tackles at the beginning of that game. With 26 tackles [against Excelsior Springs], I went to 135 on the season. And then, I'm doing it for Israel [Gentry]. So like, it's mandatory that I go out there and give it my all every play."

Edrico also said he's playing for Gentry, who was severely injured in a car accident several weeks ago.

"On that play [that went for a touchdown], our quarterback said he didn't have enough time back there,” Gilliam said. “So, he just threw it up to me. He trusts me. So, as I caught the ball, I just blacked out ‘cause I did not expect the ball to come to me. So, it was a natural instinct to spin. And like, when I spun, my whole body was in the air. And, I came down like, 'Ah, I cannot go out of bounds.' And I looked to the side, and I was not out of bounds. And then I saw somebody coming. And, I was like, 'I gotta stiff arm.' And, I just dove. It was just instinct, just pure instinct."

Lincoln Prep hopes to make history Friday night. The team’s motto is “For The City." But the team seems to be playing for a greater purpose.

"It means a lot for the whole school, just for the kids to be able to get the support from the whole school and be undefeated," Lowe said. "It's a chance for them to leave a legacy. That's what we tell them for future kids that attend Lincoln to play for us."