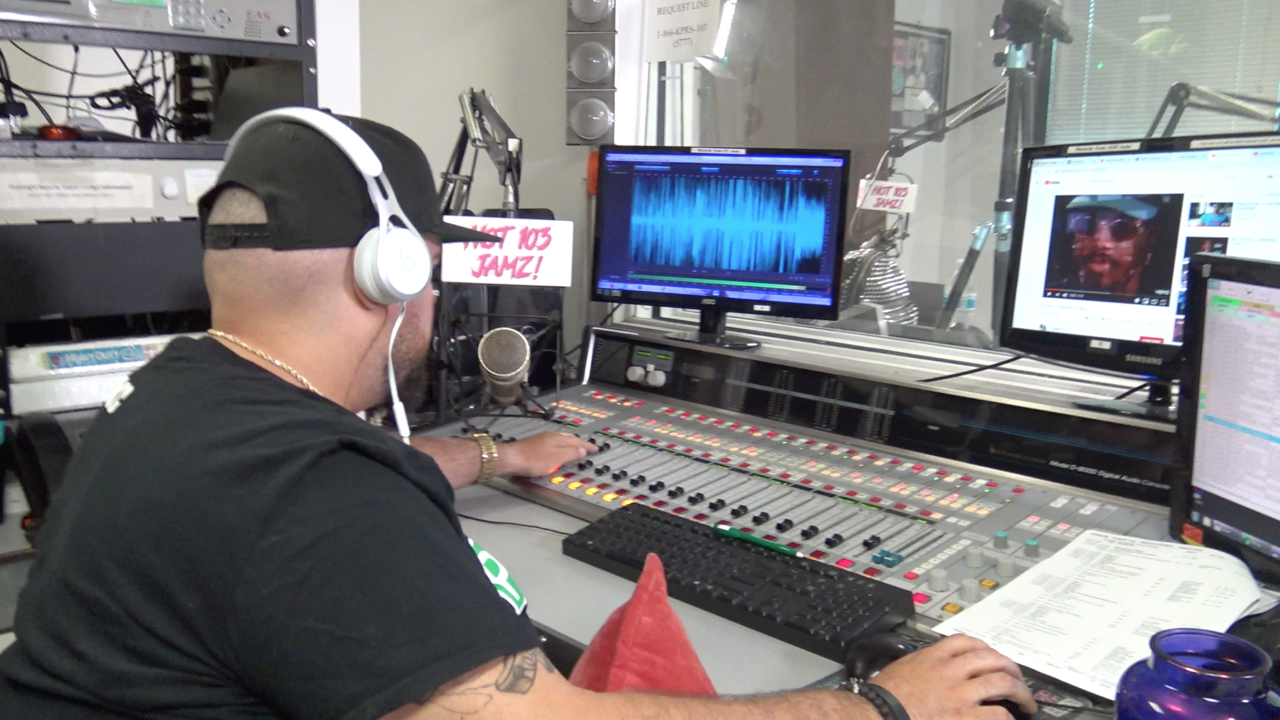 For the morning team at KPRS Radio, music and the Chiefs are in their bones.

“The Chiefs are everything,” Host Brian B. Shynin’ told 41 Action News. “Besides God, the Chiefs actually control my mood.”

The beat drops at Arrowhead Stadium, and excitement starts to drum up. Once the clock strikes zero, the songwriting process is in motion. Almost like Weird Al Yankovic used to.

About three years ago, radio hosts Shay Moore and Brian B. Shynin’ (also known as The Morning Grind with Shay and Shine) tried something different.

“I did parodies on my show in college,” Brian B. Shynin’ said. “So, she [Shay] was like, we should start making parody songs.”

“Brian was a little skeptical,” Moore said. “He didn’t believe in it.”

But Moore said Brian B. Shynin’ received feedback and changed his mindset.

After the first song, Brian B. Shynin’ said, “people absolutely loved it.”

Whether it’s a star player on the Chiefs, or on the opposing team; offensive line or defensive line, this duo has a clever bass line for all of Chiefs Kingdom to hear the day after the Chiefs play.

“As soon as we get a victory, they’ll hit us up and say, ‘I cannot wait for tomorrow to hear the song,’” Shay said.

For Brian, a lifelong Chiefs fan, the creativity comes easy – Even though the past has had its fair share of troubles.

“We’ve suffered through many playoff losses,” Brian said. “The Andrew Luck game, when they came back. We were 28 points up. In 1995 the Len Elliott game, where Len Elliott missed three easy field goals and we lost by three points, and the no-punt game.”

Brian said he sees the Chiefs-Packers game on Oct. 27 as one mirroring a playoff atmosphere.

“I think it’s going to be a duel,” he said. “The defense is going to have to bring their lunch pale, and this could be one of those last-possession type games.”

No matter the outcome, the lyrics are sure to strike a chord with Chiefs Kingdom.

To hear some of the songs created by Shay and Brian, you also can check out their Facebook page or visit the Hot 103 Jamz website.