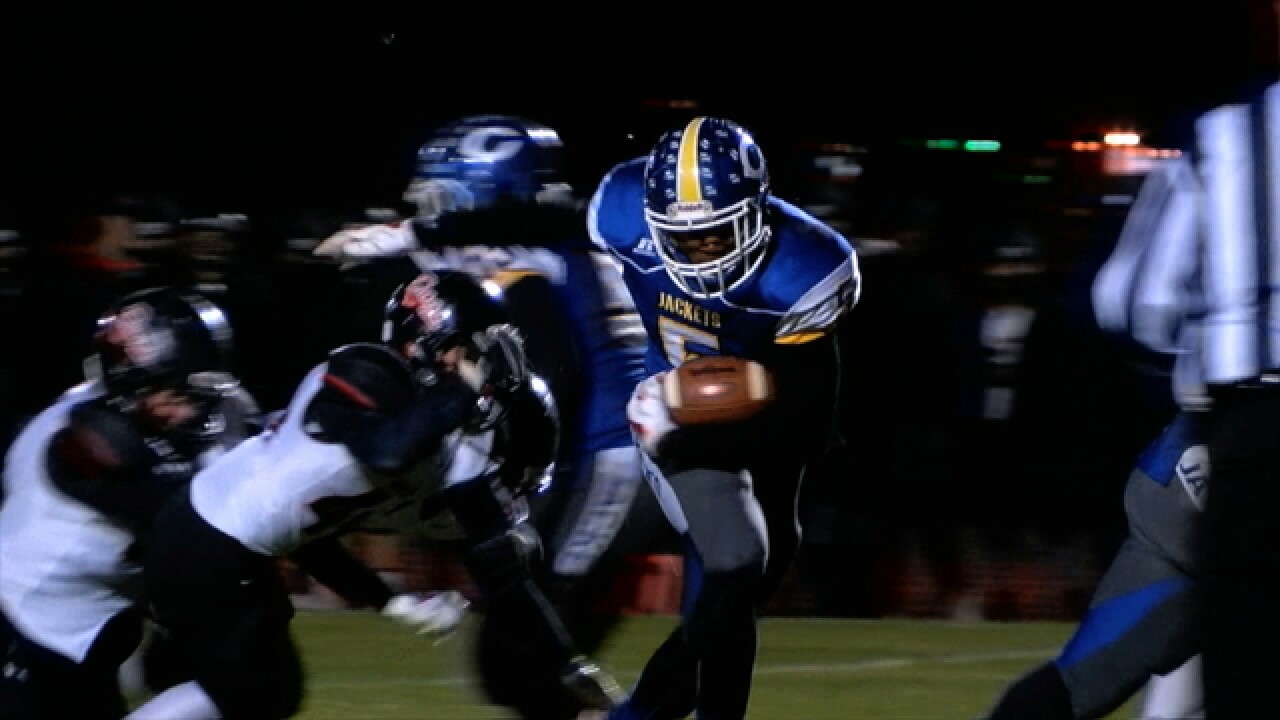 Copyright 2018 Scripps Media, Inc. All rights reserved. This material may not be published, broadcast, rewritten, or redistributed.
<p>Center's Jeremiah Wilson stars as the Yellowjackets' Running Back as well. He'll play at Missouri State, on a football scholarship in the fall.</p> 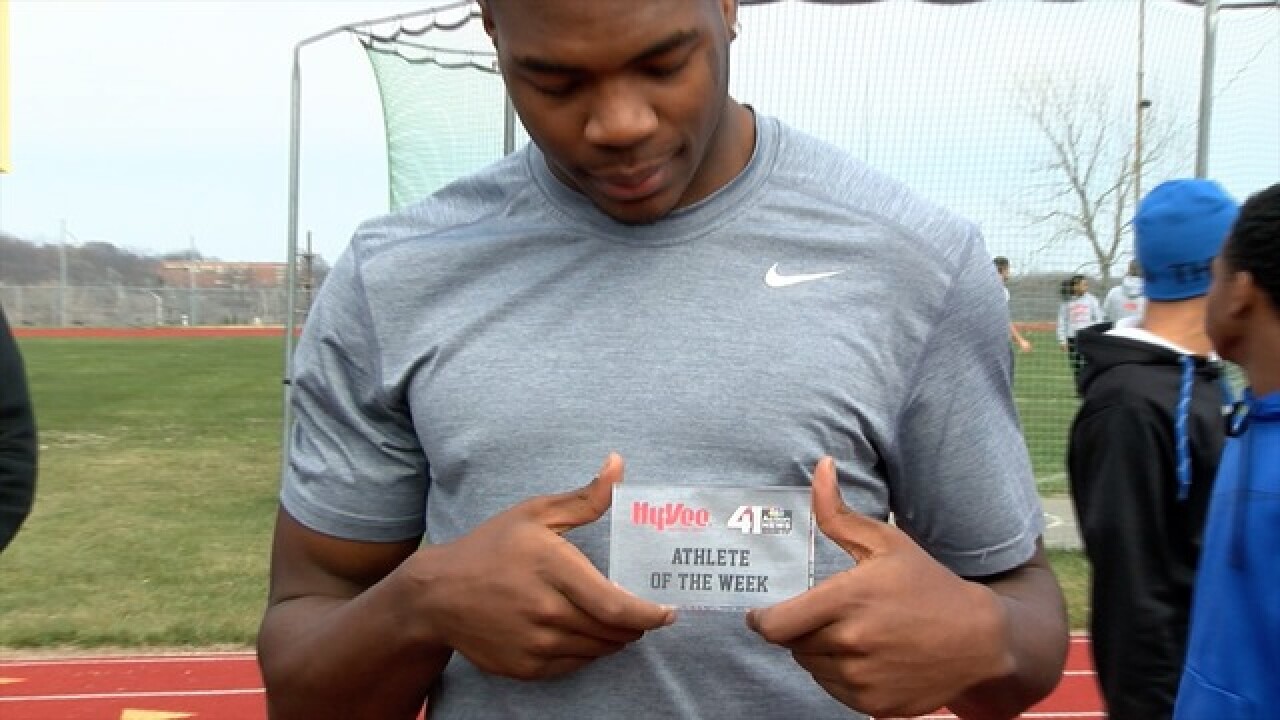 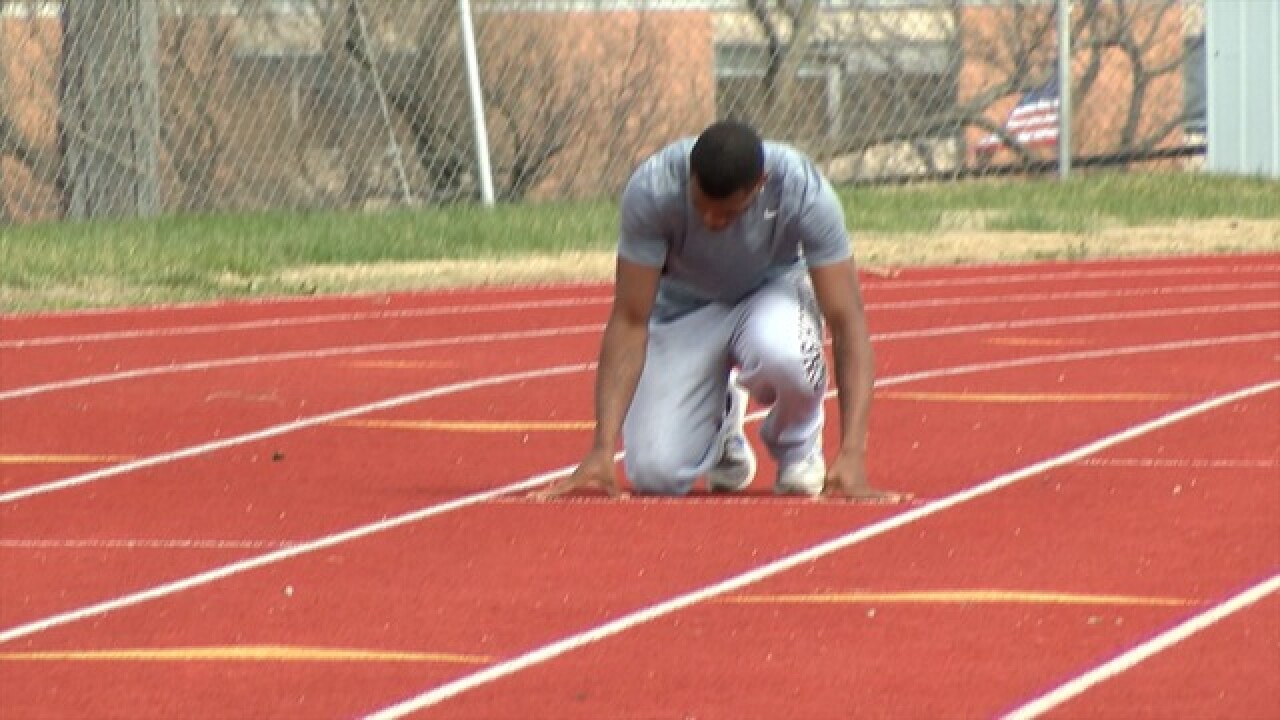 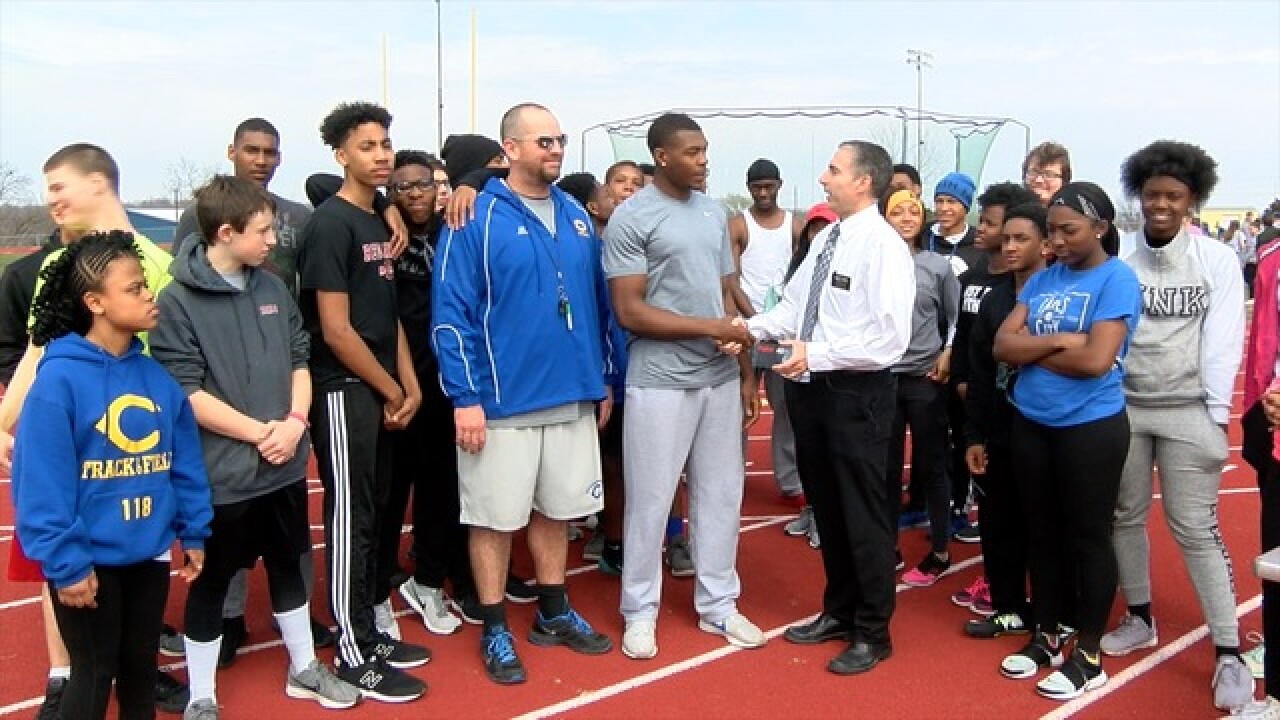 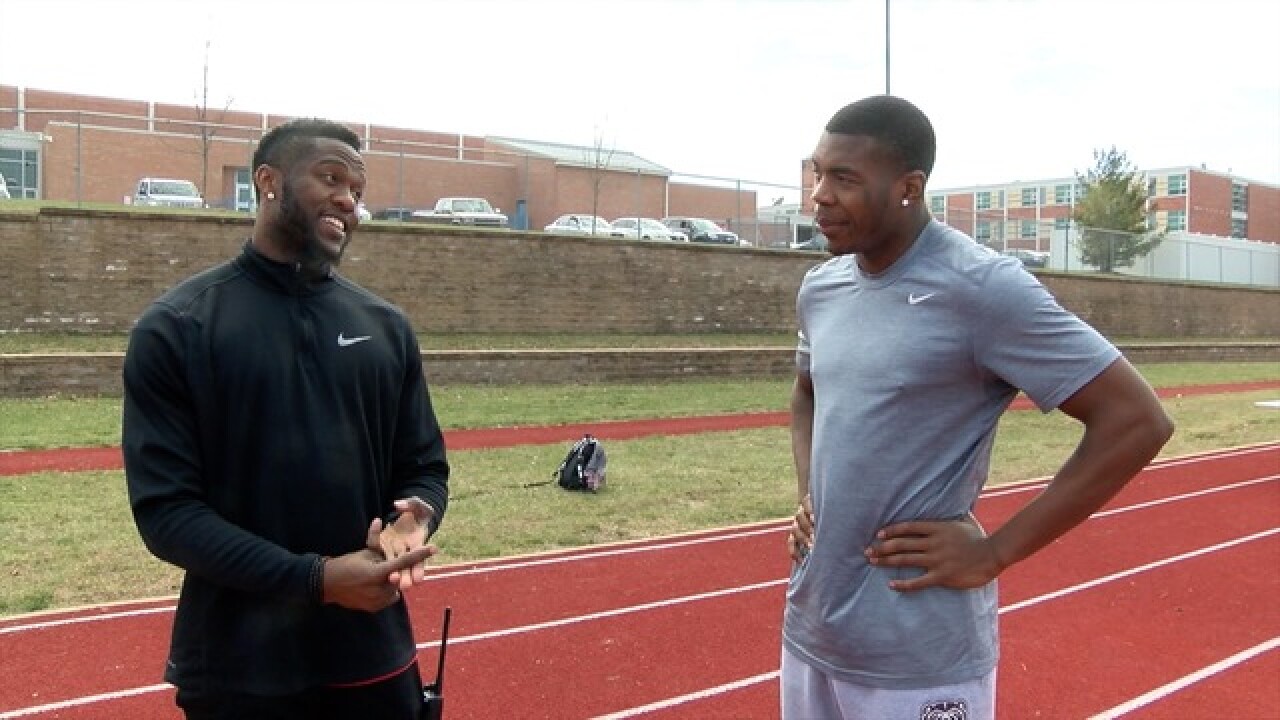 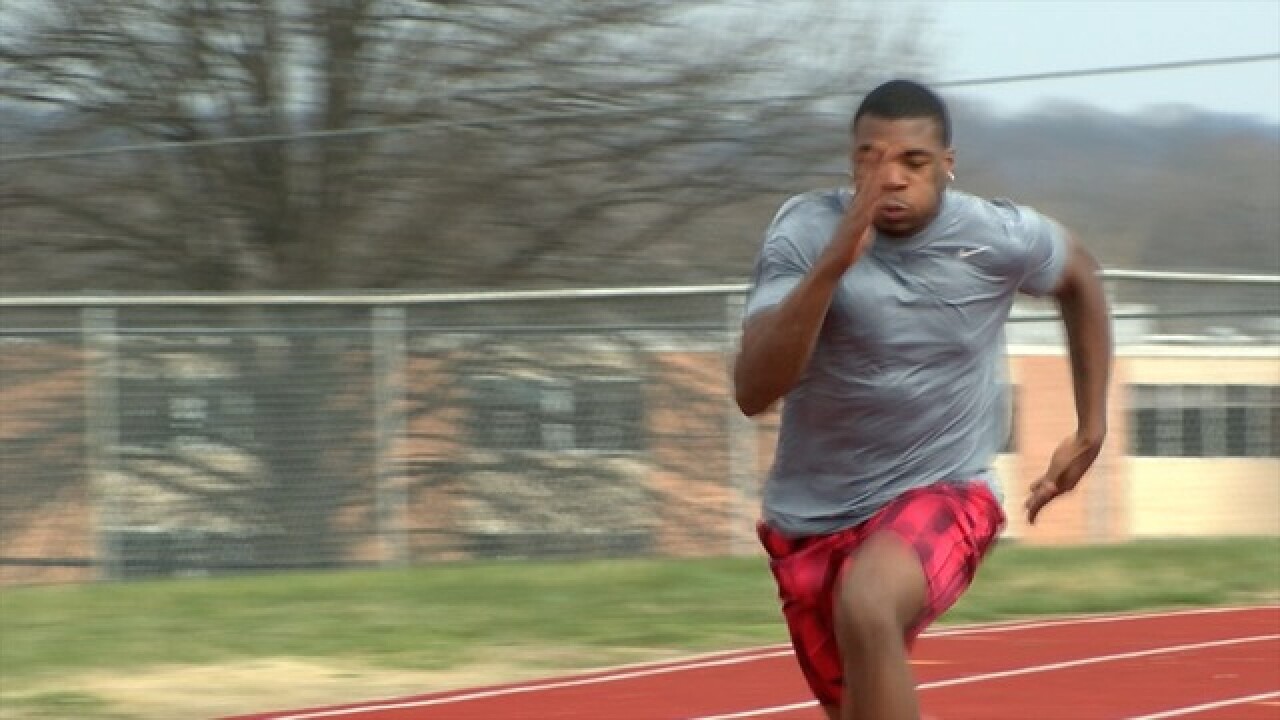 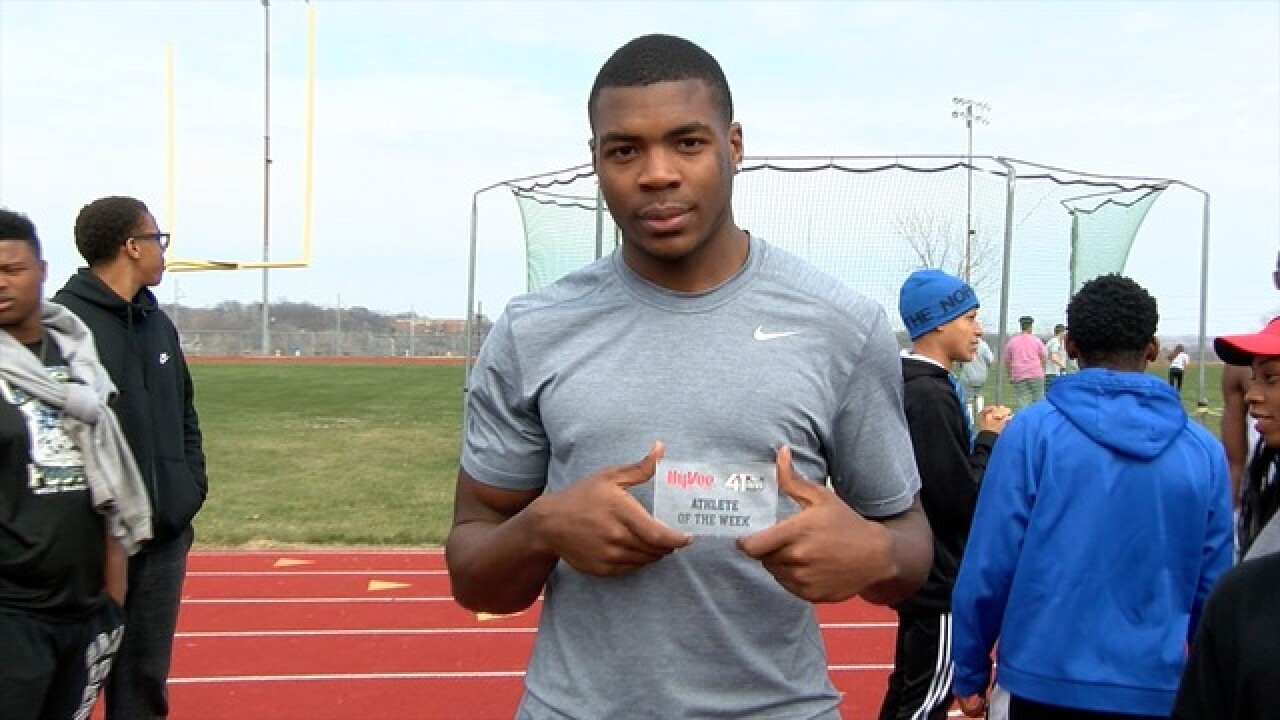 Center Yellowjackets Senior Track & Field star Jeremiah Wilson believes he is the fastest high school athlete in the entire state of Missouri. He may be right. He is certainly making a fantastic case to make such a claim.

After all, he's won 7-out-of his-last-8 races in three track meets over the last two weeks.

Center senior Jeremiah Wilson ran a blazing 10.93 seconds to win the 100-meter dash, and finished with a sizzling 22.03 to place first in the 200 at the Bill Summa Invitational last night. Wilson also placed 2nd in the 400 with a 50.64. pic.twitter.com/OBIMQoNyzU

Jeremiah says he's continued to work at his craft each and every day.

"[I'm always] working hard. I never gave up. I just been training. And, the coaches got me right. So, hard work pays off I guess," Jeremiah said. "[Coach Bryan DeLong] helped me a lot. My Freshman year I was bad. I didn't really listen. And, DeLong just stuck with me. He was hard on me. And, he knew what it took to like break me down and make me into the athlete that I am."

Jeremiah plays four sports in total: football, basketball, baseball and track. He actually received a full scholarship to play football at Missouri State. He'll begin there in the fall of this year.

Bryan DeLong serves as both the Track & Field Head Coach and the Football Head Coach. He is well aware of how talented Jeremiah is.

"I get to see him all year round with football. And, he's in weights class and running track. And, just watching him develop into the young man and the young athlete that he's become," DeLong said. "I really feel he's got a chance to compete for a state title this year. i mean, he's gifted. And, I enjoy watching him run at track meets."

Coach DeLong has been around Jeremiah for four years and certainly knows that he is super competitive in whatever he does. And, that competitive blood runs through his veins.

"He's a competitor. You know, I've seen Jeremiah get heated in a game of kickball," Coach DeLong said. "You know, he likes to win and that's a good quality."

The competitive juices certainly were flowing after he finished 2nd, in the 400 meter dash, at the Grandview Invitational. He says he hates to lose.

We love us some Jeremiah Wilson! Featured in the Inaugural Issue of @KcPrepReport @fcadja A @MOStateFootball signee this young man is going to blow up for the Bears! #mosports https://t.co/KhXs5i4UEs