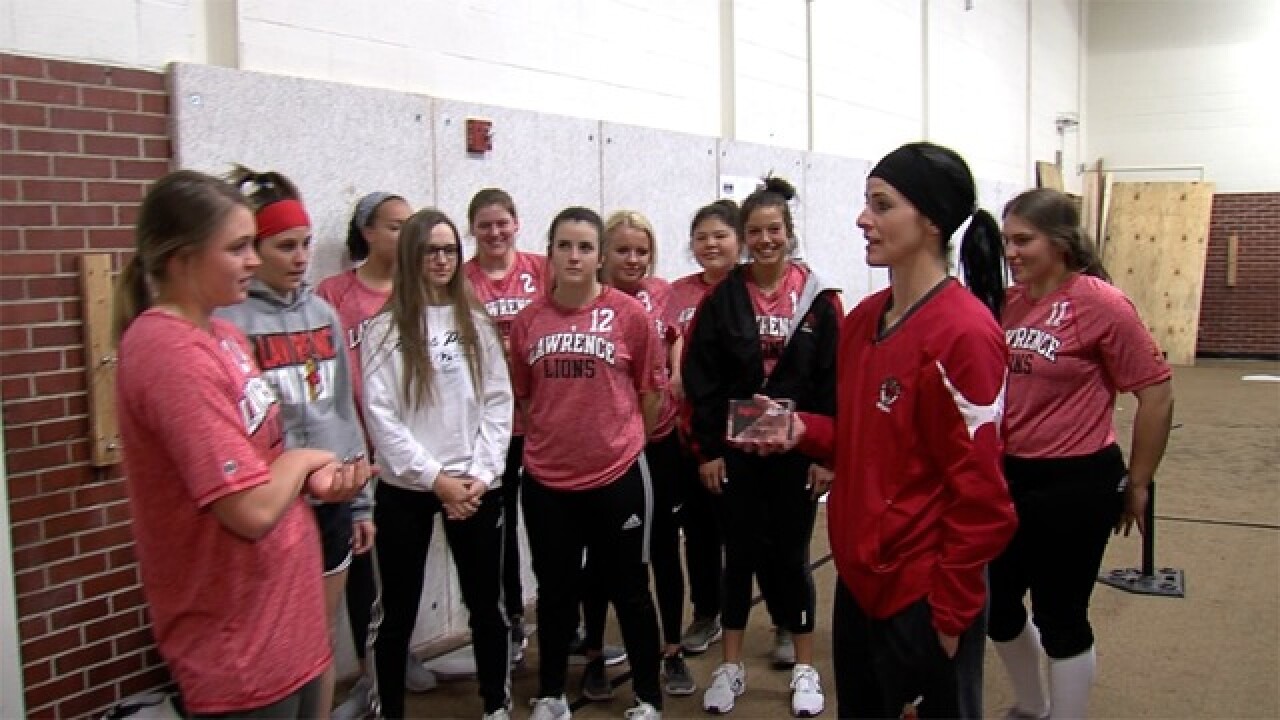 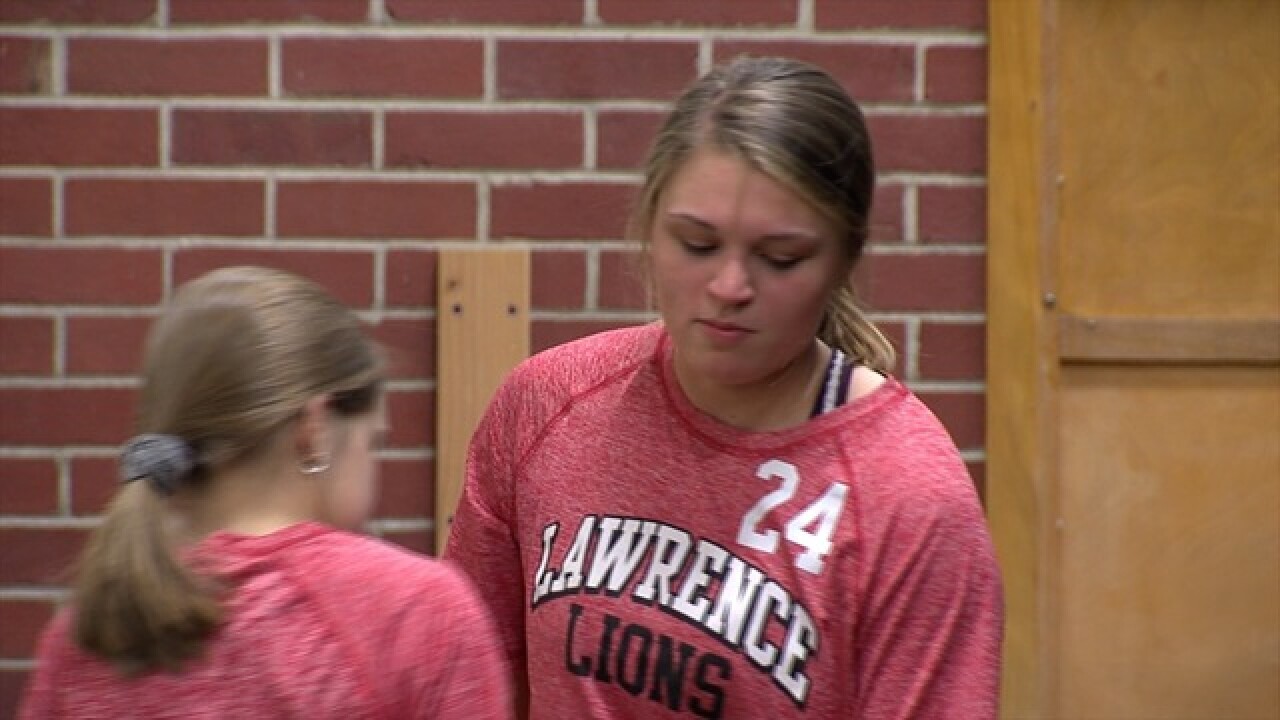 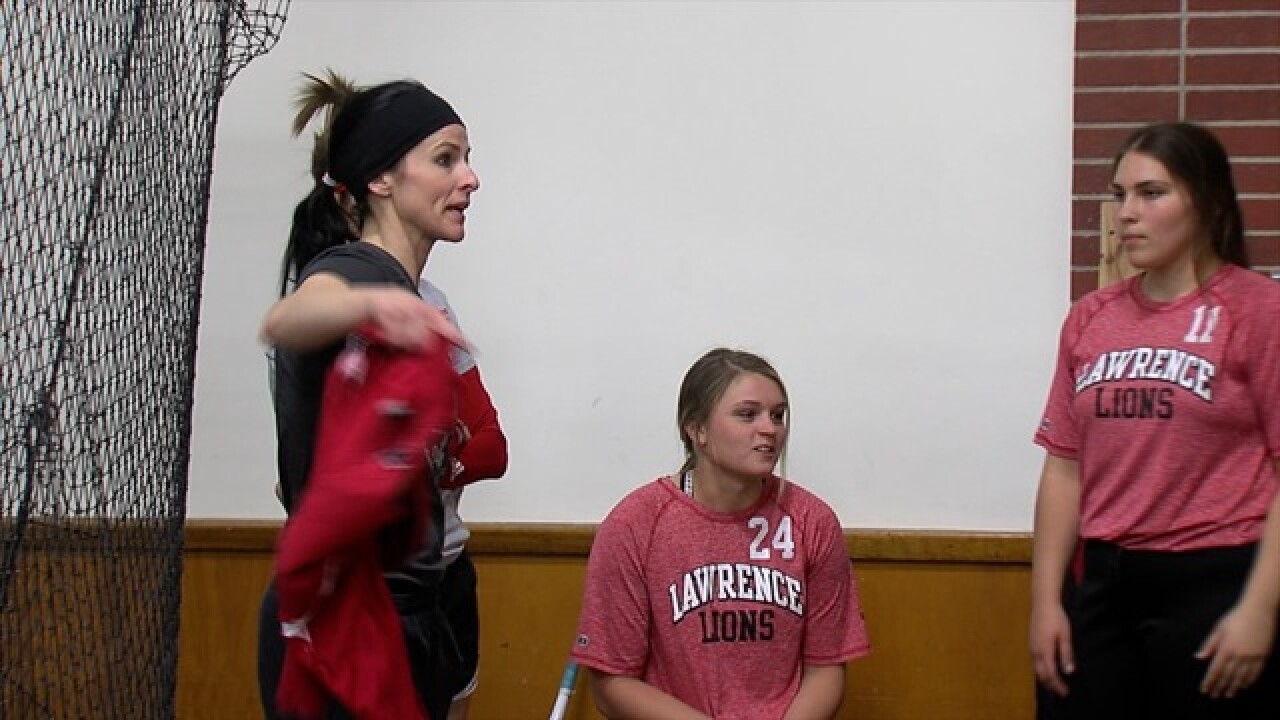 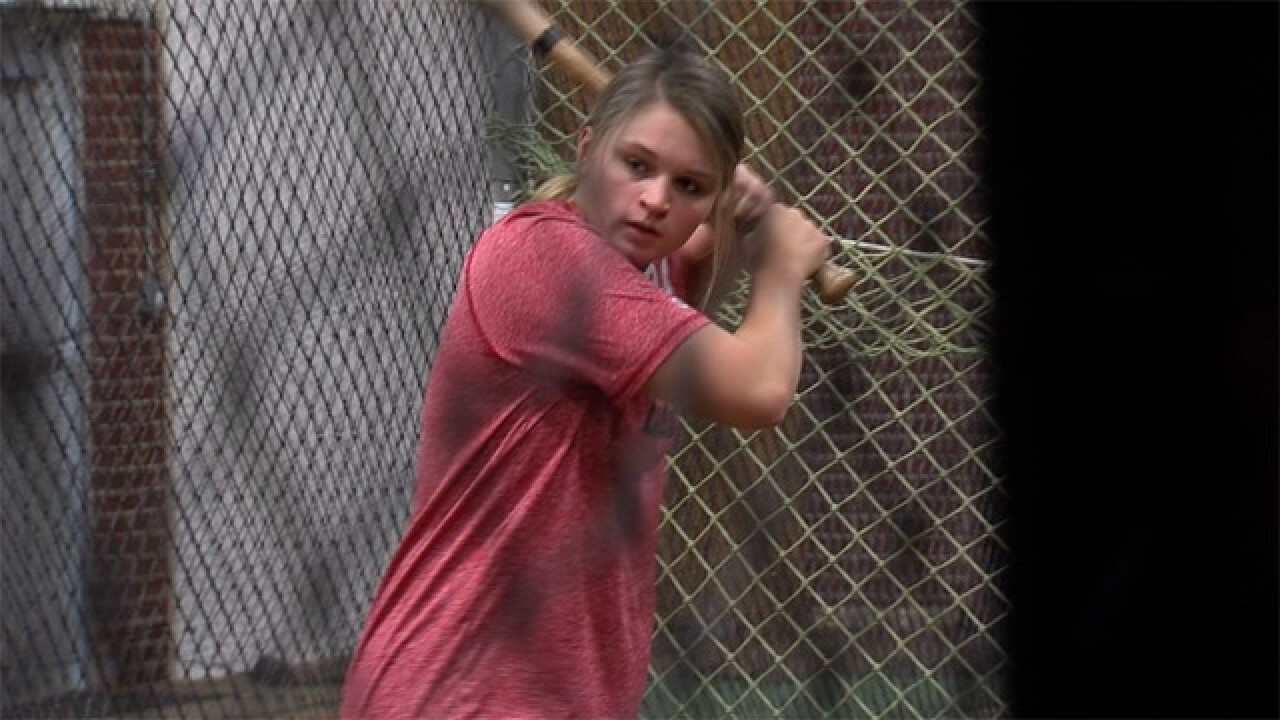 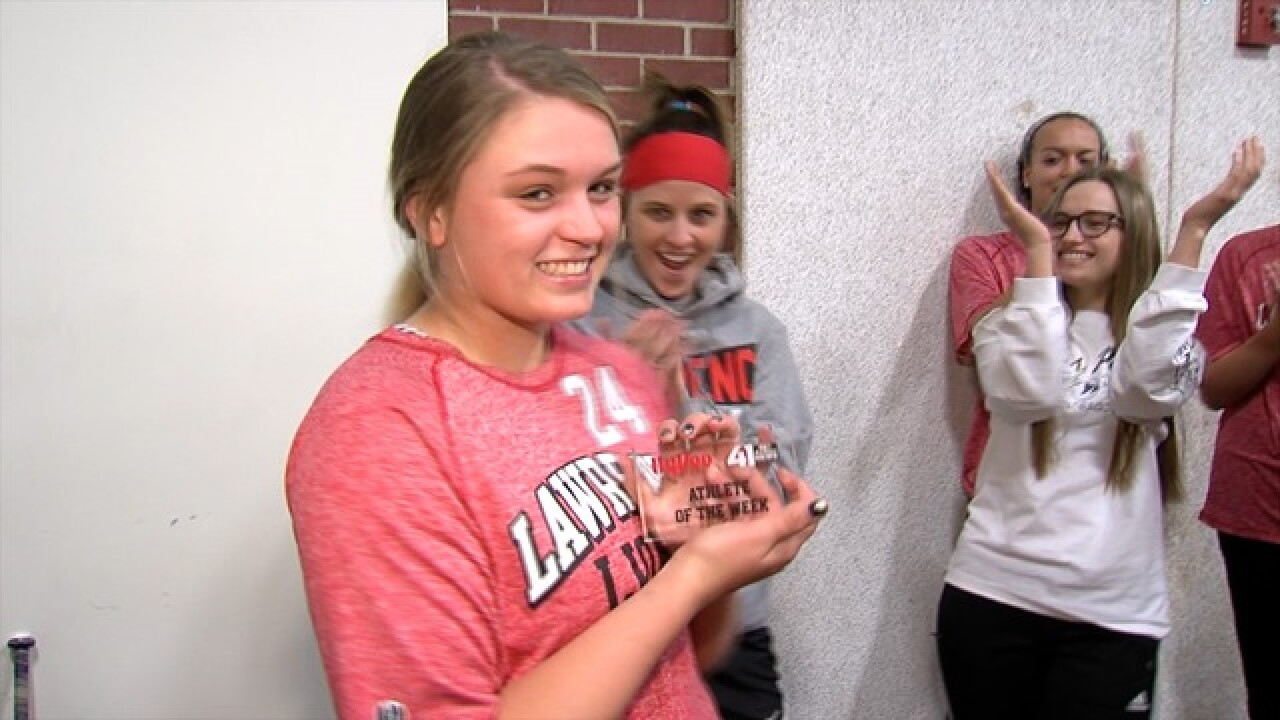 The start of any sporting season is always unpredictable. Every team starts with an even slate, big dreams and even bigger expectations. It can also bring an air of unpredictability.

However, as unpredictable as the start to any season can be, Lawrence Chesty Lions senior softball pitcher Zoe Brewer has been the model of stability for her team.

"I know Zoe can throw all of [the games] cause she threw 19 games for us last season and, she's ready to go all the time," Coach Riley said. "Zoe had a really great week last week. She threw both games. The first one was against Shawnee Mission Northwest. And, that was a tight ballgame. We won it two to one. She didn't have any walks and 11 strikeouts. So, it was a great game."

As a matter of fact, Zoe pitches each of the team's first three games that were played. She noted that her teammates were a big part of her success. She knows that her coach will pitch her quite often throughout the season.

"Just keeping my energy up and focusing really hard. It's really early in the season. And, the first two games, it's kind of hard to throw strikes," Brewer said. "But, I think that's something that I did well was just focusing on putting it over the plate and just hitting my spots."

Her teammates and coaches aren't the only one that's noticed that she's got lots of talent. Zoe will be playing college softball at Baker University in the fall. She certainly seems excited to keep playing the sport that she loves dearly.

So excited to announce that I've verbally committed to Baker University to further my academic and softball career! #GoWildcats pic.twitter.com/8qjex1daMU

"I just love playing softball and I don't envision myself stopping [and] like wanting to be around it. And, I think that I connect with other people really well."

Zoe's coach also says she's one of the leaders of the team and is an important part to their team.

"There are different types of leaders. Zoe is a vocal leader which is very cool to watch cause, just her energy and her communication brings everybody else up. We are sitting at nine personal varsity team members right now. And so yes, she's very important in leading our team."