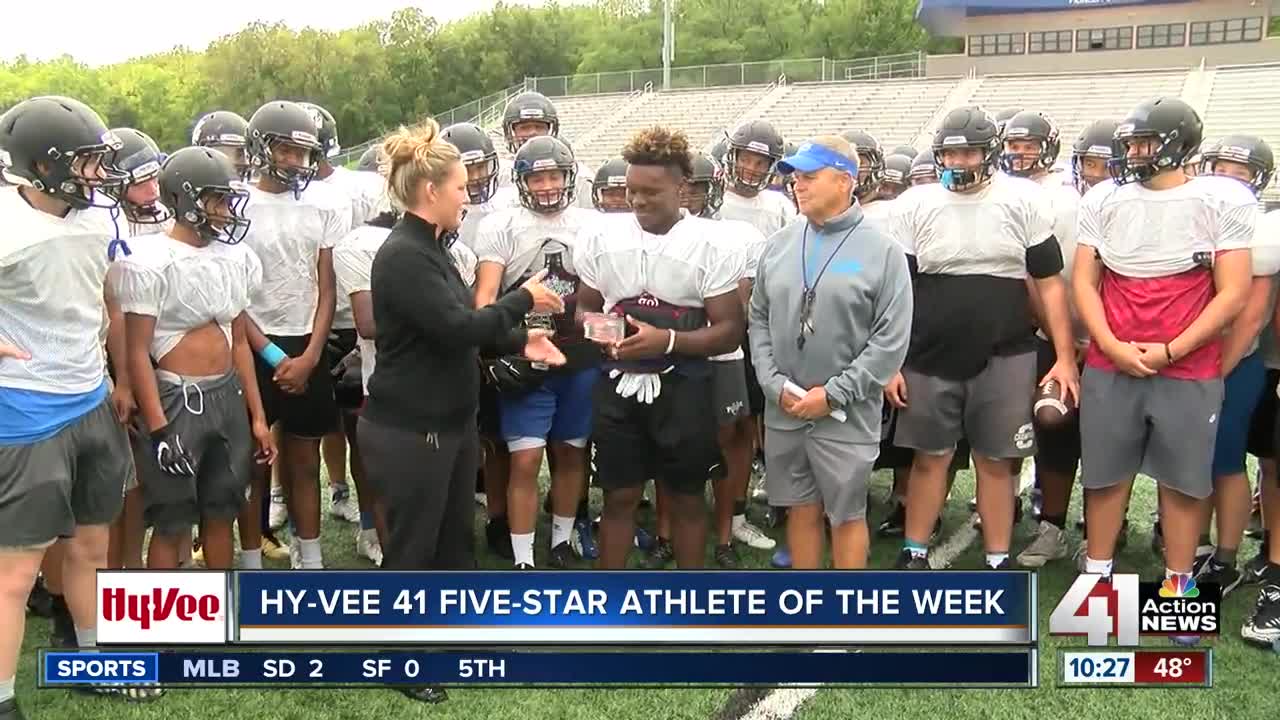 Leavenworth junior running back Ja'hawn Byrd had the game of his career against Turner. 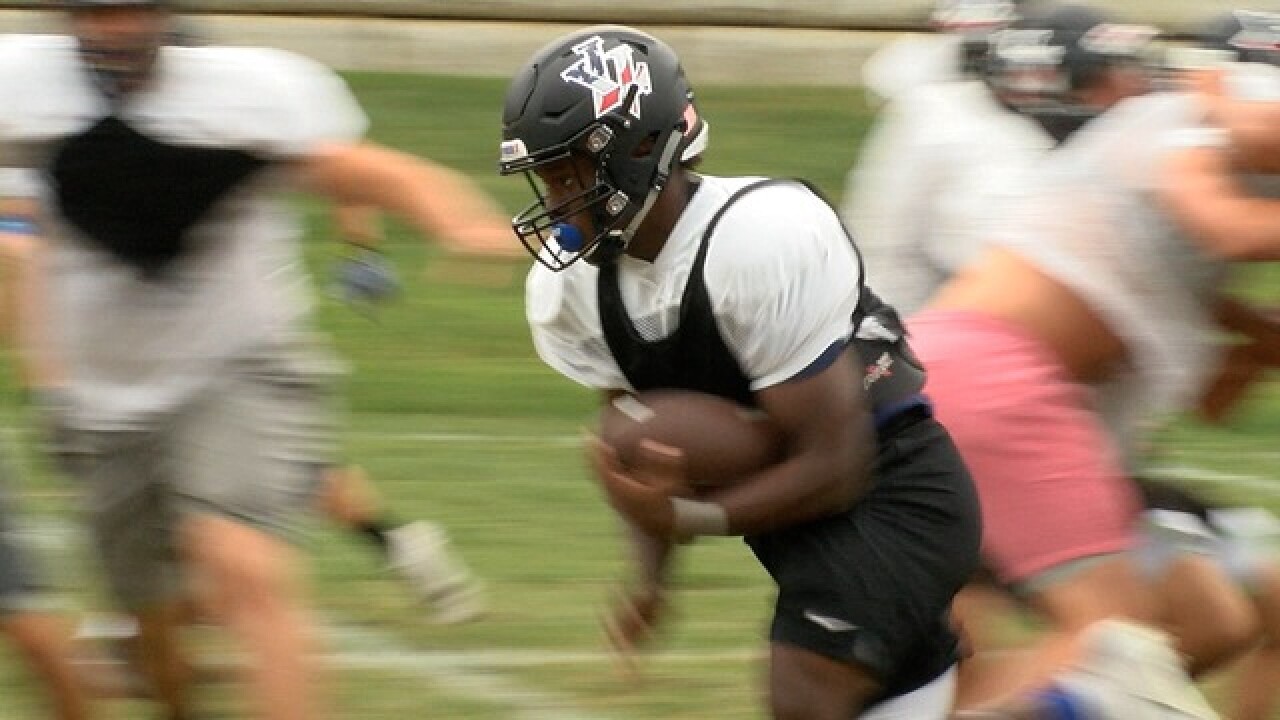 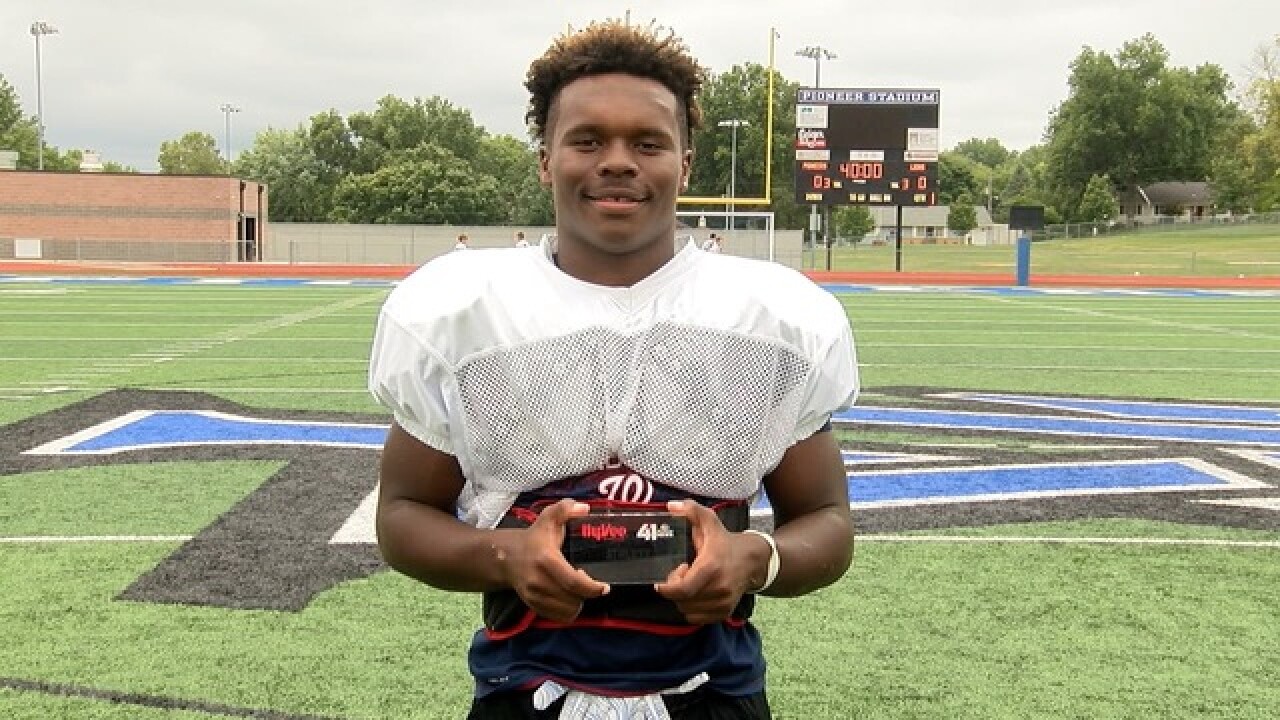 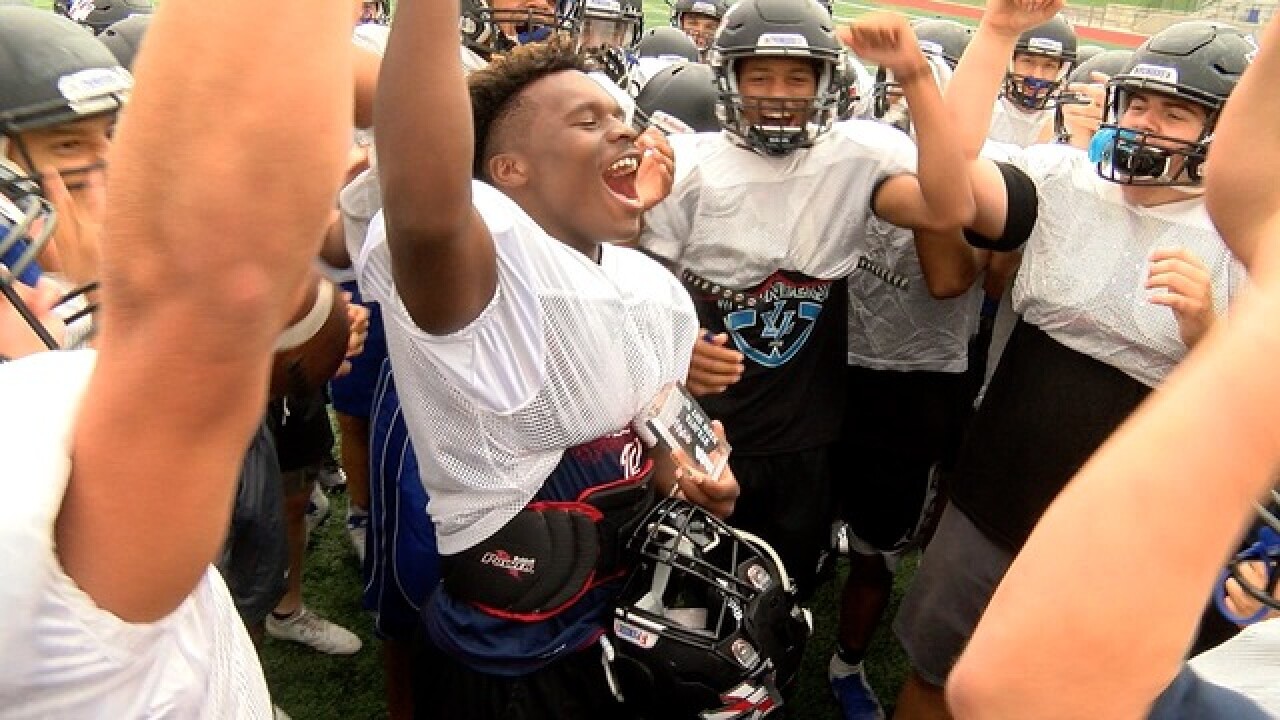 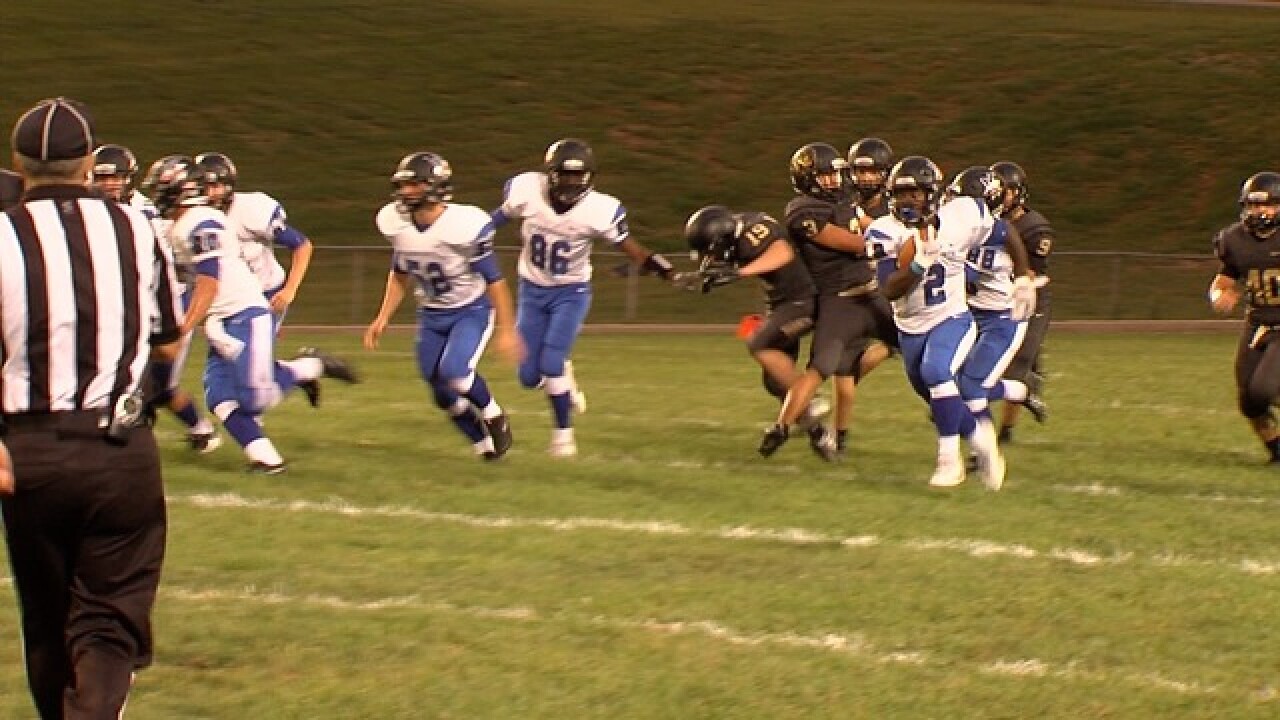 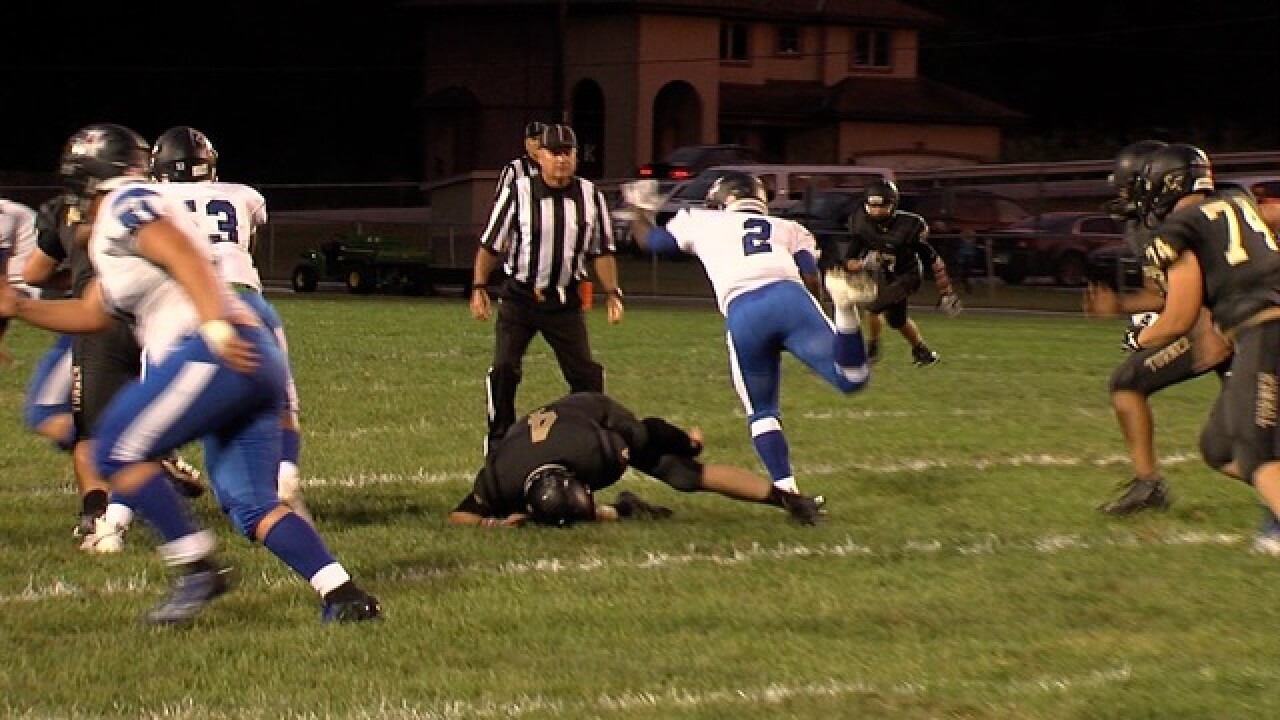 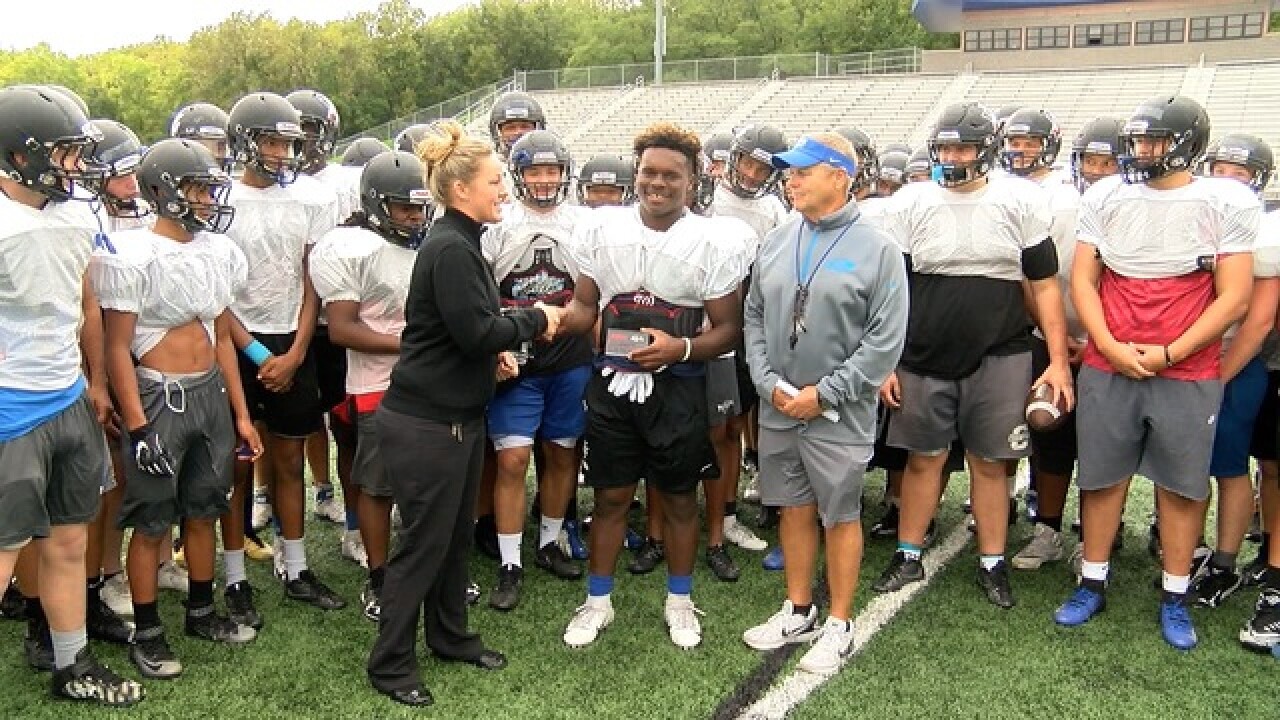 LEAVENWORTH, Kan. — Leavenworth junior running Ja'hawn Byrd was completely surprised when Pioneers head coach Mark Littrell announced, in front of the team, that he had been named the Hy-Vee 41 Five-Star Athlete of the Week

"That made me feel welcomed," Byrd said. "It made me feel like [my teammates] knew it was gonna happen. And, when I received [the award], they just put joy into my heart."

While the Leavenworth Athletic Department worked to keep the honor a secret until the award ceremony, there was no secret regarding the performance that Byrd put forward to earn the honor - 352 rushing yards, 7 combined touchdowns (6 rushing and a 75-yard kickoff return TD). His rushing yardage was one more yard then the Turner Golden Bears entire offense had.

The J.C. Harmon transfer turned Leavenworth star knows he had a great game. But, he says it was all about his teammates blocking for him.

"My offensive line, they did everything that they needed to do. They opened up holes for me. And, I was just hitting them like Kareem Hunt," Byrd said. "It took me [a bit] to figure out which hole I wanted to hit. But, when my offensive line opened up the main hole, I just hit it."

Littrell was certainly pleased Leavenworth (1-3) earned their first victory of the season - an 83-21 rout over Turner. He was also pleased with the performance of his star running back.

"Our line did an outstanding job. It always starts up front with the line," Littrell said. "Ja'hawn did a great job of reading his blocks, getting into the hole, making his cuts and accelerating."

Littrell knew that he had something special in Ja'hawn when he first saw him on the practice field for summer camp.

"[I] saw a lot of potential in Ja'hawn, a lot of ability. You know, just a lot of natural cutting ability and reading his blocks and acceleration through the hole," Littrell said.

Of course, the big heavies up front were excited to see the fruits of their labor in the form of Byrd's monster game.