Maranatha's Maggie Friesen is the Hy-Vee Athlete of the Week 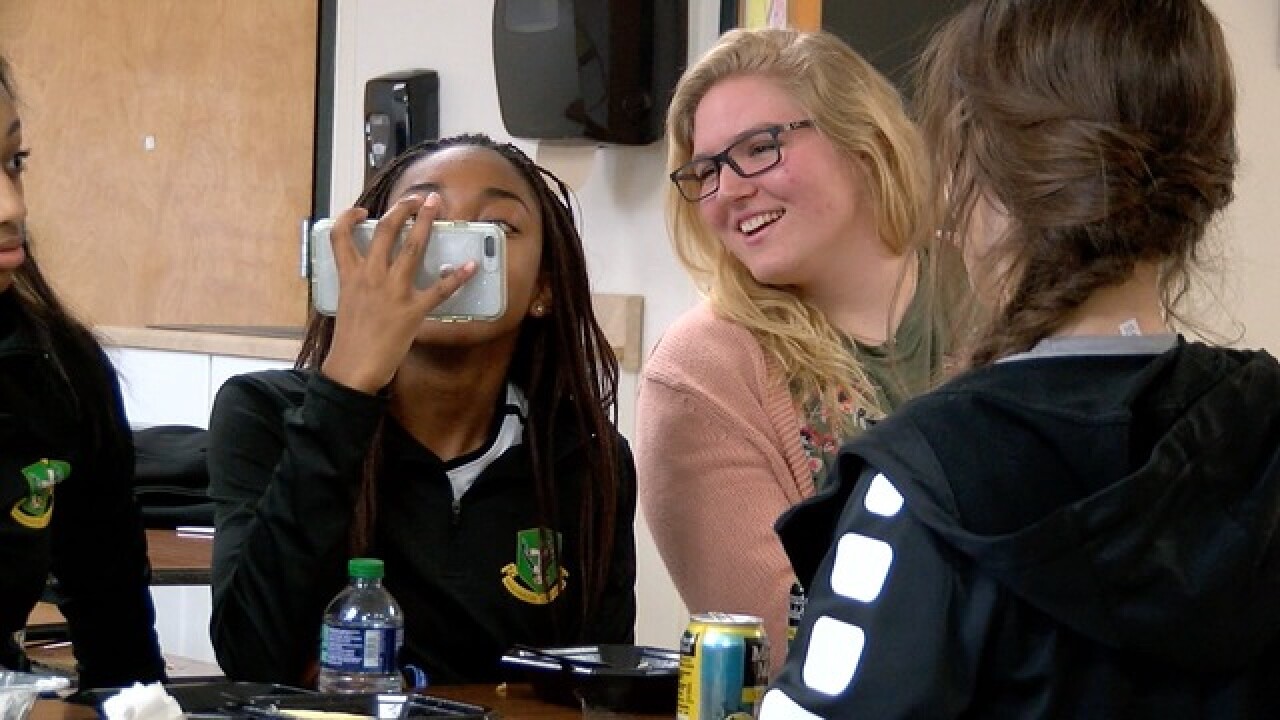 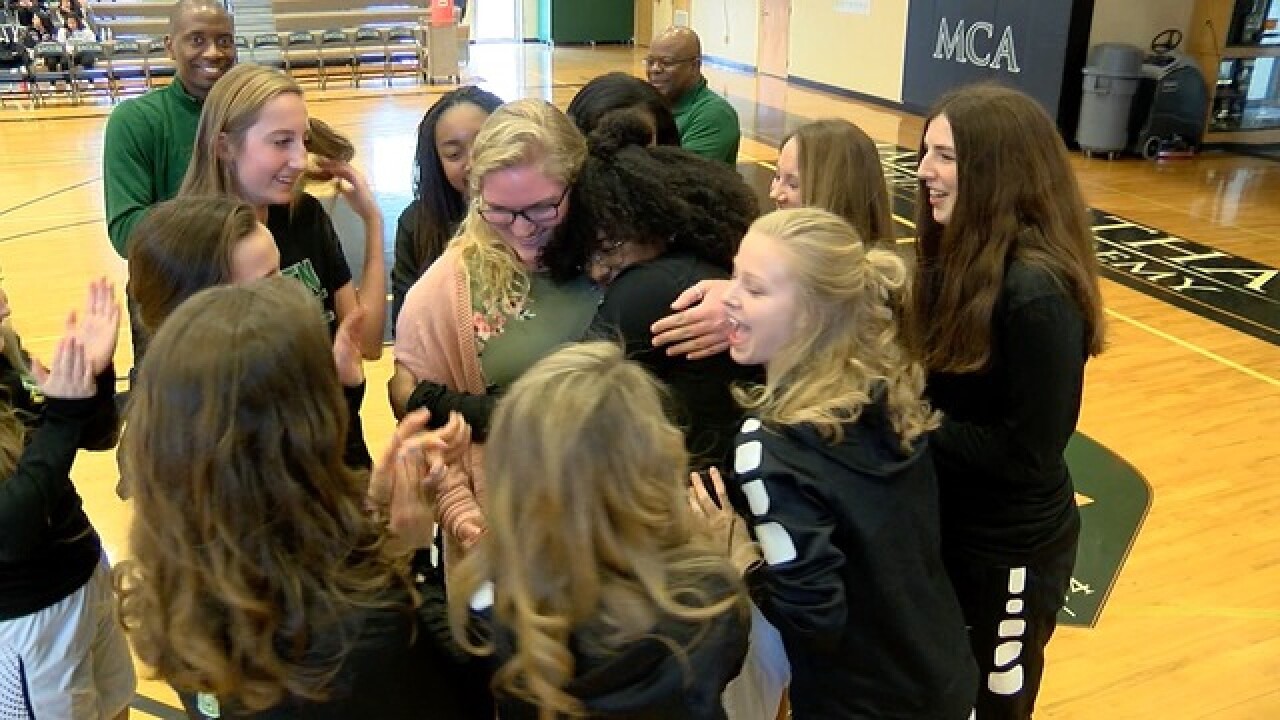 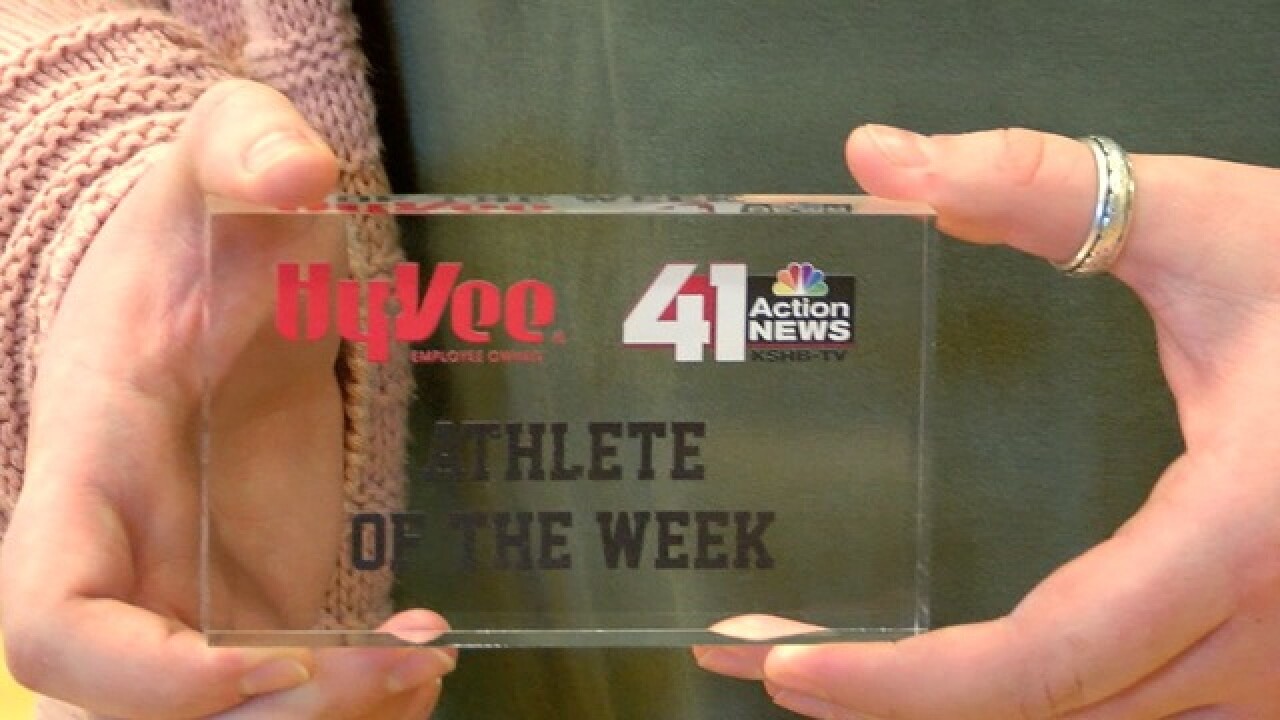 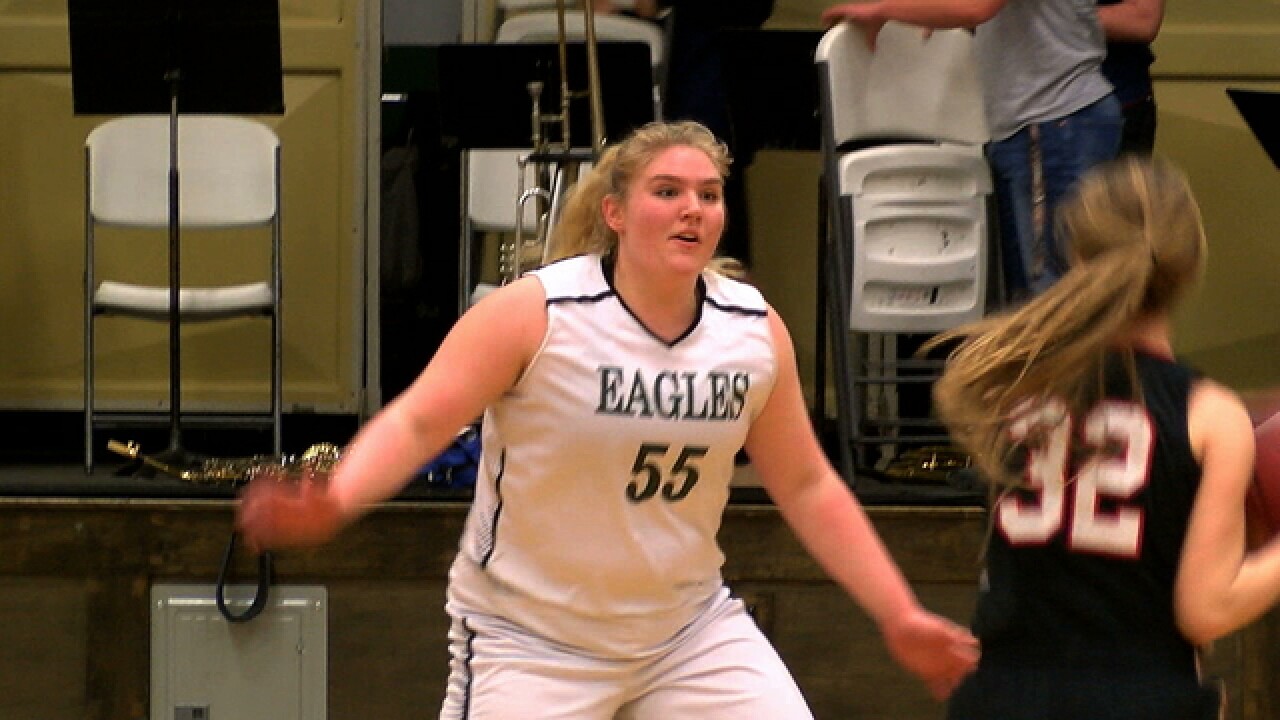 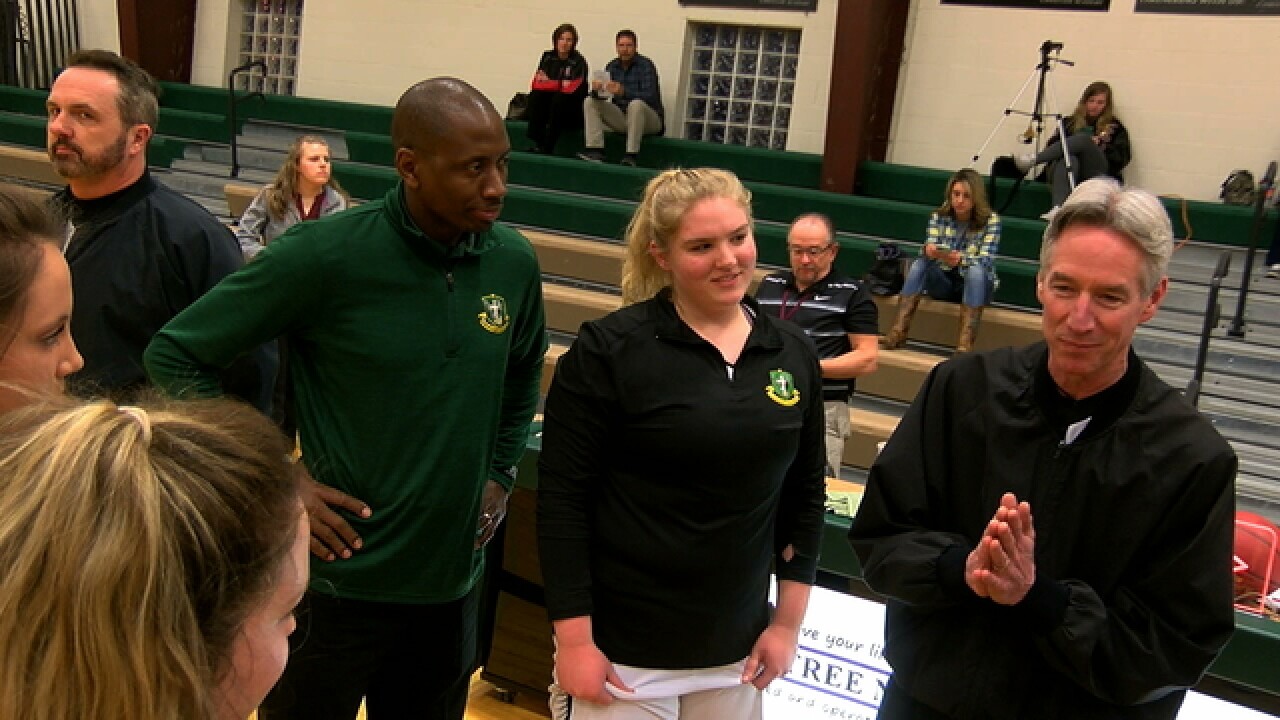 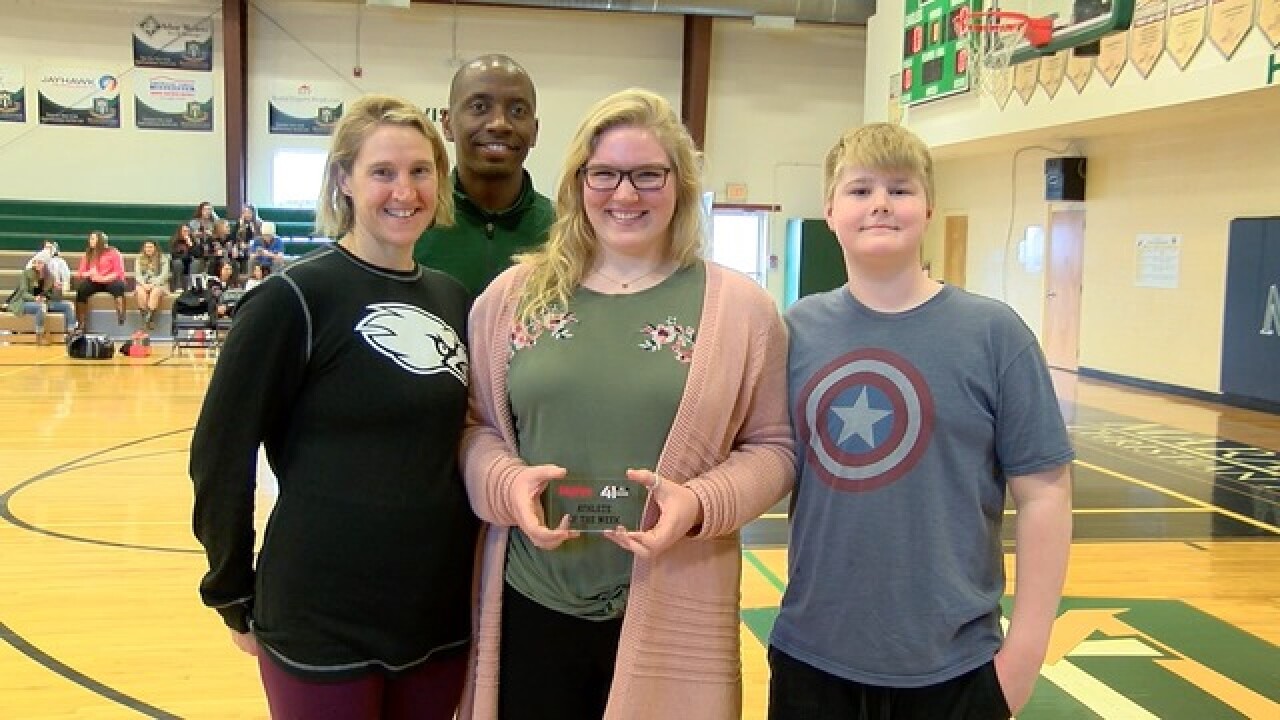 SHAWNEE, Kan. — Maranatha Christian Academy girls basketball player Maggie Friesen knows that basketball is her passion and, when she gets on the floor, that is certainly easy to see.

"Having something that I just put all of my work into, it's meant a lot to me," Friesen said. "It's changed my life."

But, the game of basketball was something that she almost gave up last year. That's until Maggie decided to finish her high school career and her senior year playing the sport that she loves.

Pretty cool to see a team rally around one of their players after being named the @41actionnews @HyVee #ATHLETEOFTHEWEEK . Who is the young lady in the center? You'll find out who she is very soon. This is what prep athletics are all about. Love to see this type of camaraderie. pic.twitter.com/6f4rdzADi1

"[I put] in the hard work during the summer. And, I'm not one to give up and quit. So, I really like just this year buckled down and said, 'This is what I'm gonna do. This is how I'm gonna do it. And, it's coming true," Friesen said.

Reggie Hines started his tenure as the Marinatha Eagles girls basketball head coach last season. But, in that time, he has noticed the added toughness in Maggie.

"I think Maggie is a good example of perseverance. There was times, especially last year, she could've given up and quit playing," said Hines. "But, you know, she made it known that it was her love and that she wanted to continue. And, we pushed her hard. And, she's responded to that and she's done really well this year for us."

Maggie also appreciates the extra push that Coach Hines has given her in continuing to play the sport.

"He's pushed me and it's really meant a lot to me because I've had different coaches throughout my high school career," Friesen said. "He's one of the few coaches that's really stuck with me, pushed me hard and knows how I work. [He] knows when I'm not pushing myself hard enough. And, he's over there like, 'C'mon really?!' So, it's meant a lot for me to have someone that can see me."

The decision to continue playing has certainly paid off. The 5-foot-11 senior has averaged 25 points and 11 rebounds her last three games, including a career-high 30 points in Maranatha's 60-53 loss against Bishop Ward. Coach Hines definitely see's the improvement in her game.

"Well, I think Maggie has learned more to trust her players, her teammates around her," Reggie said. "Maggie's always had a really good skill set. Even last year, she had the potential to be really good. And, this year, I think she's come in a little bit more focused. She was in a little better shape when the season started. She pushes hard. She's a great leader."

Maggie was certainly very pleased with her accomplishment of scoring 30 points as well.

Final: Bishop Ward 60, Maranatha 53. Maggie Friesen had a game-high 30 points for the Eagles.

"It was a big milestone for me to have 30 points. It's the first time in my career. But, I mean, I couldn't have done it without my team and without my coach," Friesen said.