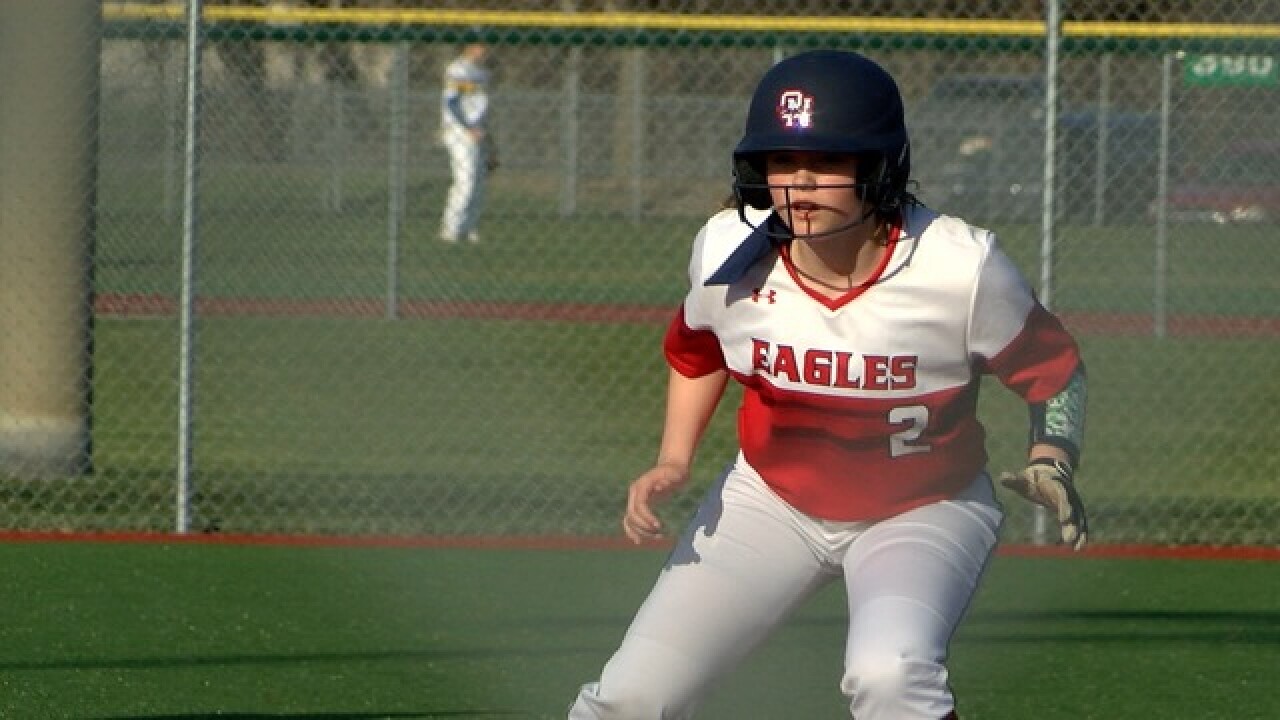 Copyright 2018 Scripps Media, Inc. All rights reserved. This material may not be published, broadcast, rewritten, or redistributed.
<p>Lauren Roberts stands just off of first base while a teammate is batting.</p> 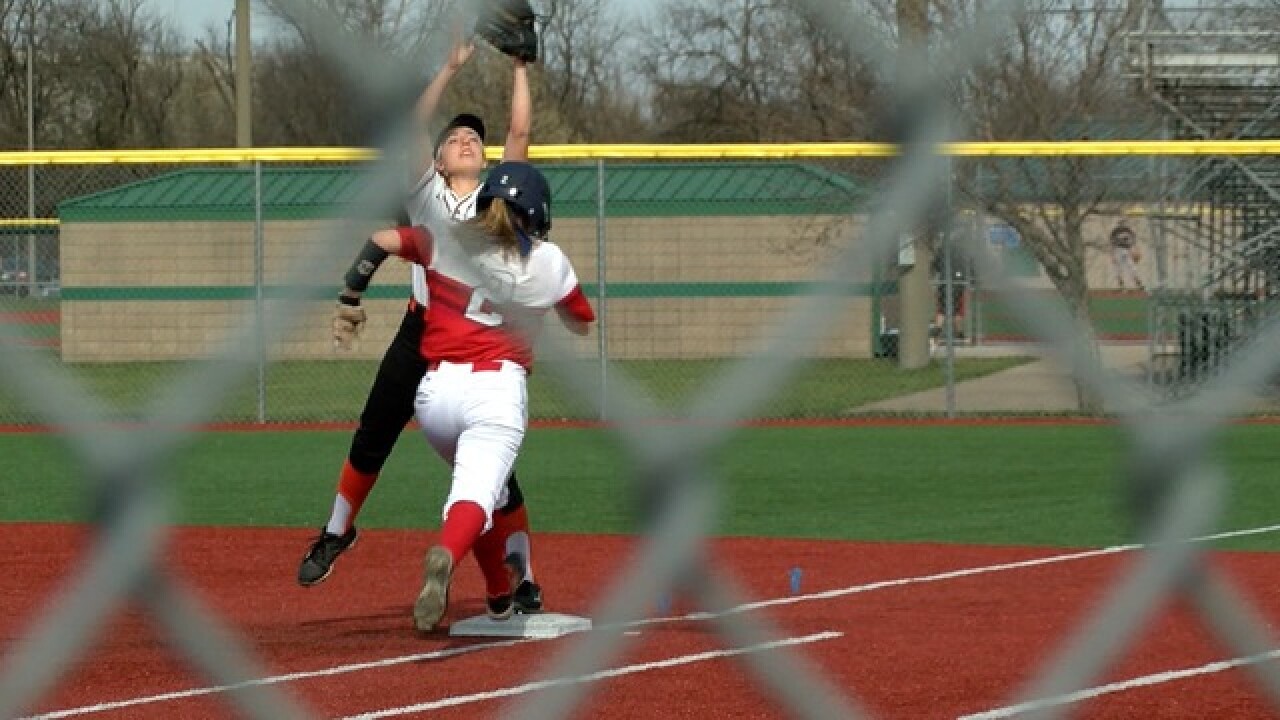 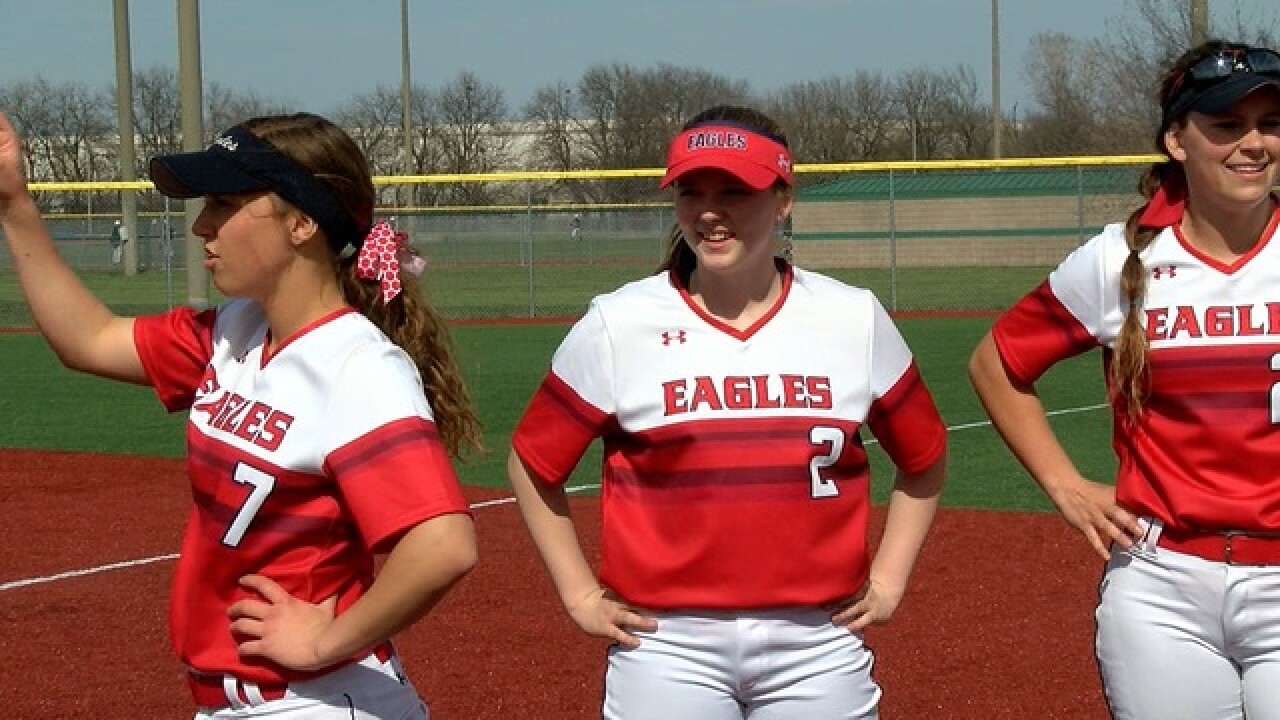 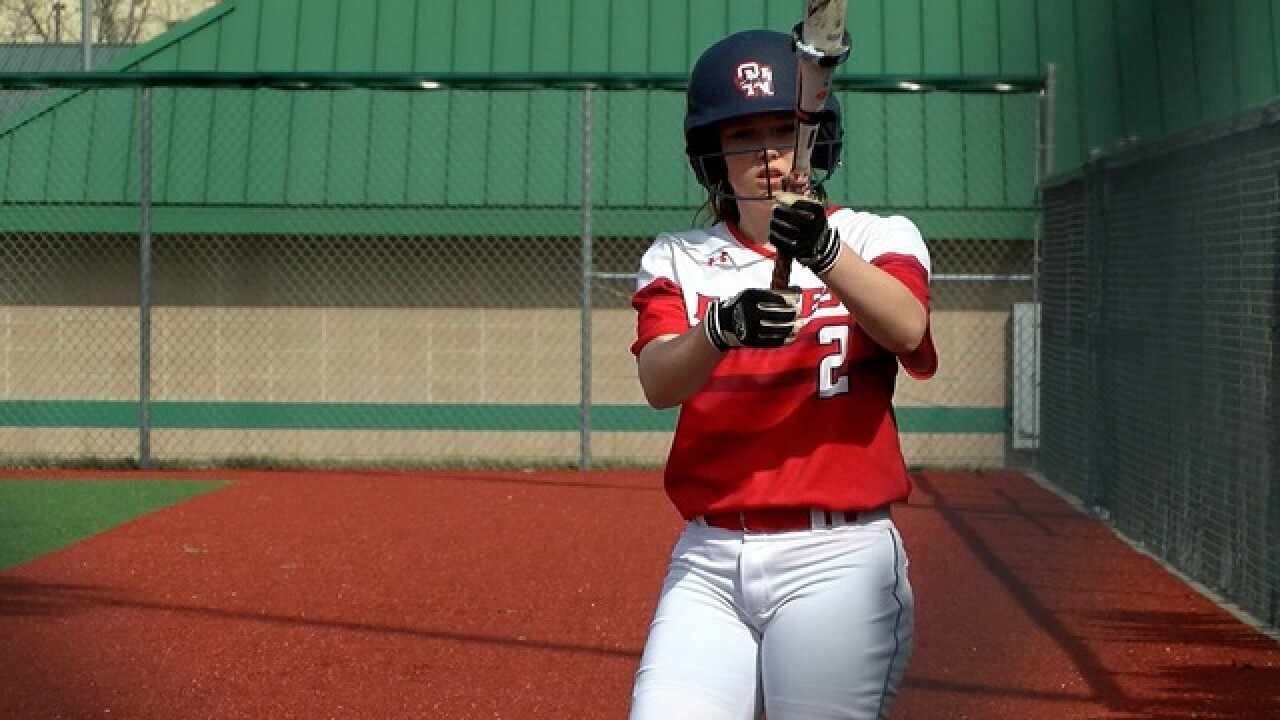 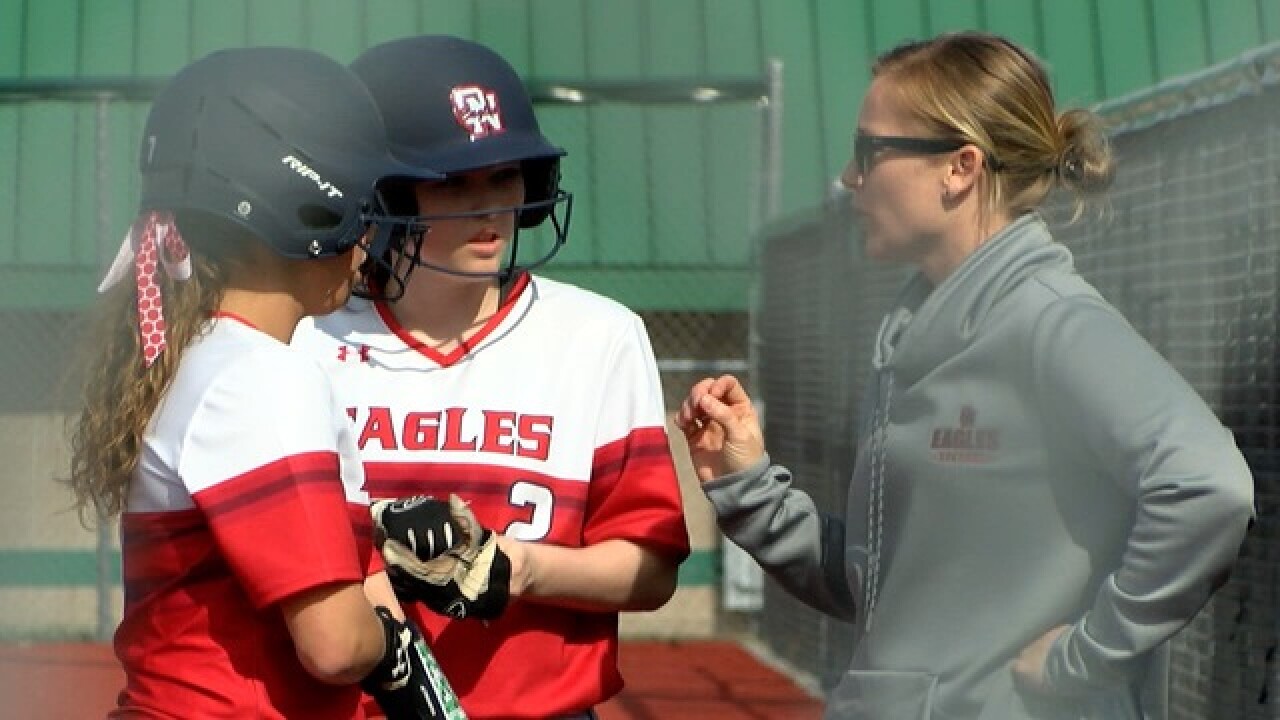 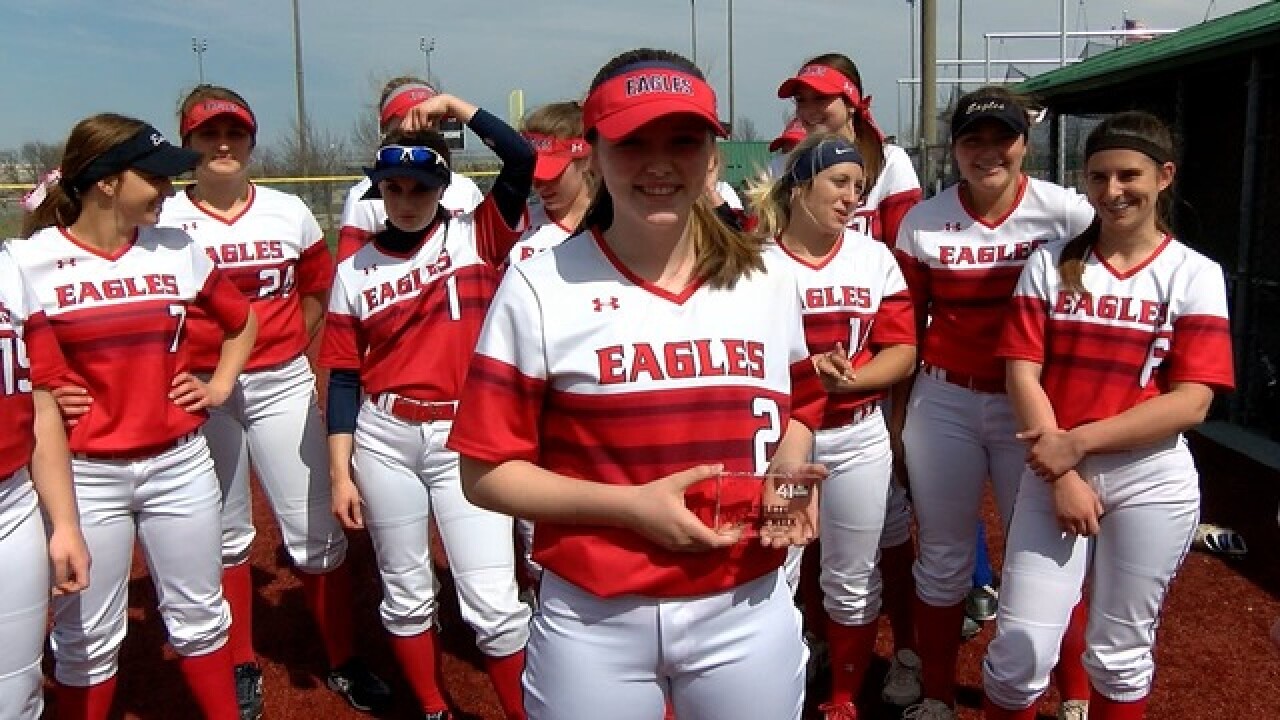 Olathe North defeated Great Bend 15-0 and Holton 11-6 in the Sunflower Festival. Roberts combined for three home runs, including a grand slam in those two games.

"This past week were her first three [homers] ever," Ederer said. "It was kind of an interesting story, too, because she hit two home runs in the first game. Then, she came in the second game with bases loaded as a pinch hitter and hit the grand slam."

Ederer said that Roberts didn't initially realize that she had hit her first-ever home run and had to be told what had indeed happened.

"Actually, in her first home run...she's pretty fast too, I put my hands up," Ederer said. "She had no idea what happened. She was like ready to do an in-the-park home run I guess. She really didn't know."

"I did get some contact the other day. So, that might have helped. And, every time I went to bat, I was just like, 'Okay, we're done. Just line drive right here,'" Roberts said. "I was just calming myself down at the plate you know. [My thought was] just see ball, hit ball right where it was pitched."

It's certainly not very often that a freshman is awarded the Hy-Vee 41 Five-Star Athlete of the Week. But, Roberts doesn't seem like an average freshman. And while it's very young in her high school career, Ederer is already very pleased with her progress.

"Lauren's just the type of player that she does all the little things right. She's constantly hustling. She's always focused. And, she's very coachable. You know, all of those aspects, it was bound for something like this to happen I feel like," Ederer said. "Just her ability just to be like a sponge and take everything in. She's really a fast learner. All of those things that just came together."

Roberts has a zest for the game that keeps her coming back for more.

"[The game] is really important to me because I feel like softball, I really love playing softball. And, I might wanna go play for a college team you know. So, that means a lot to me," Roberts said.

NOTE: The Hy-Vee Athlete of the Week segment airs every Wednesday night during the 10 p.m. sportscast for the entire school year.