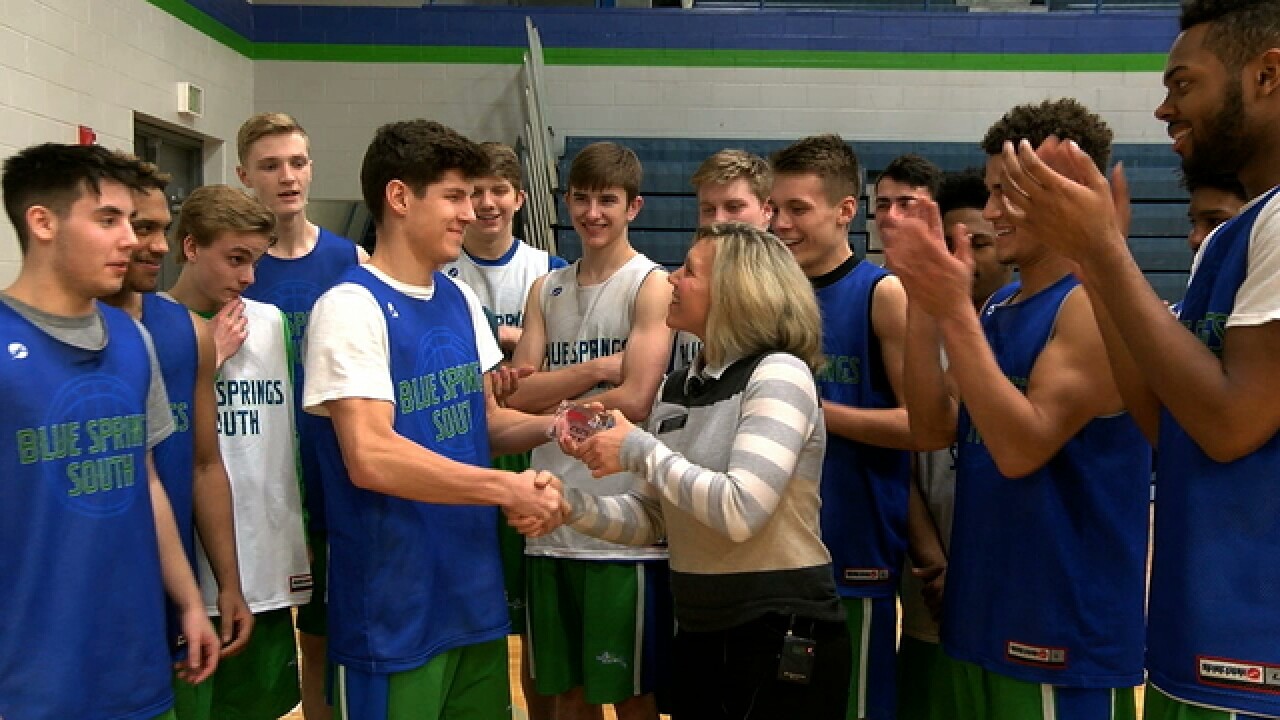 Copyright 2018 Scripps Media, Inc. All rights reserved. This material may not be published, broadcast, rewritten, or redistributed.
<p>Jaguars Senior Guard Jared Ravencamp accepts the Hy-Vee 41 Five-Star Athlete of the Week award from the Hy-Vee representative.</p> 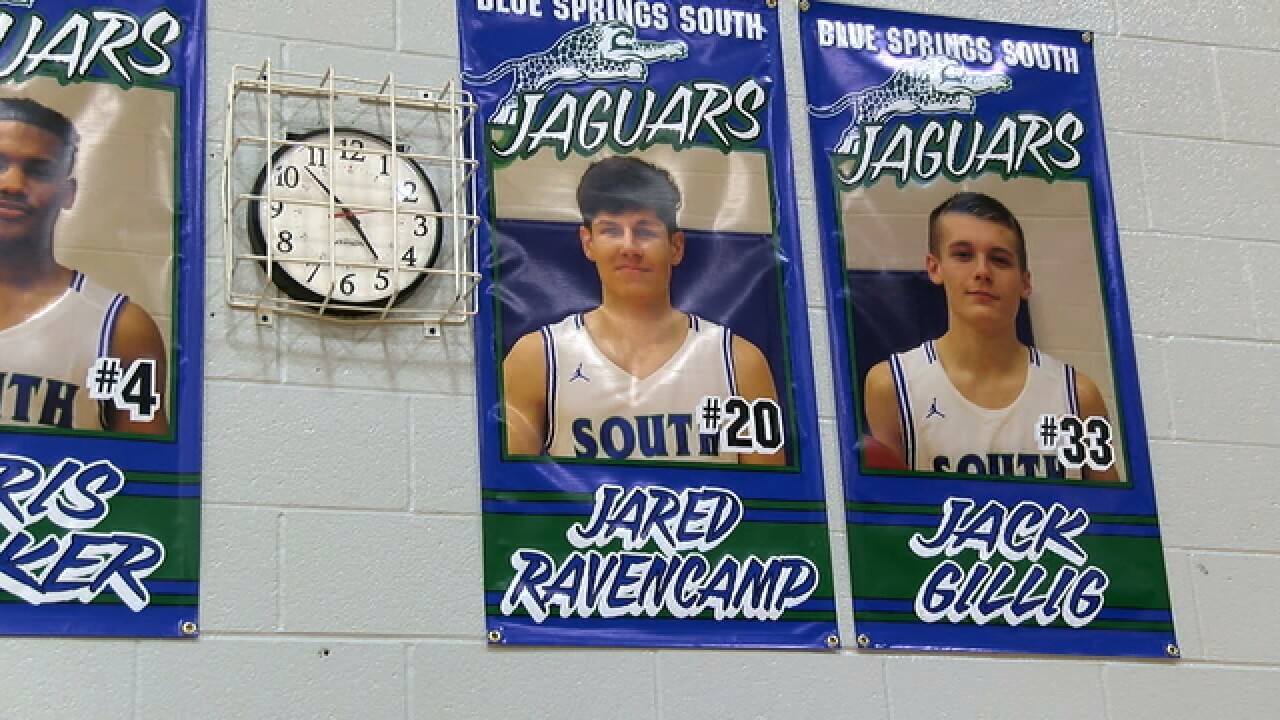 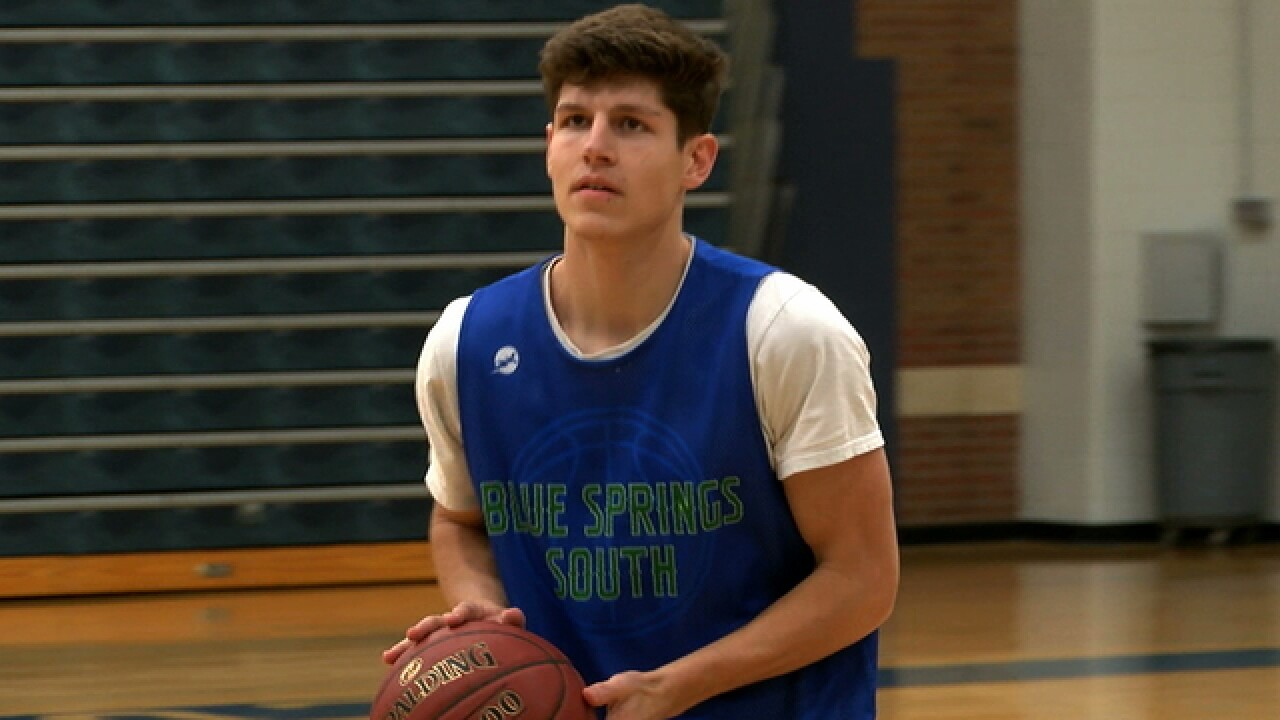 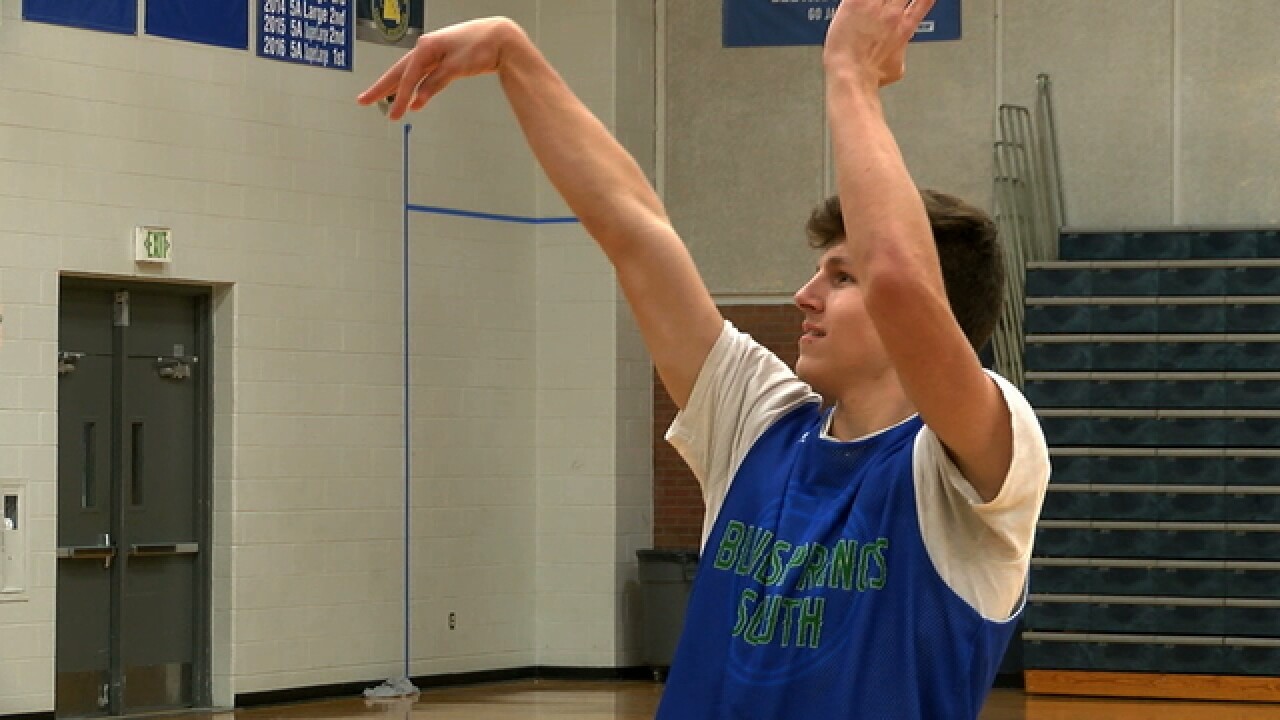 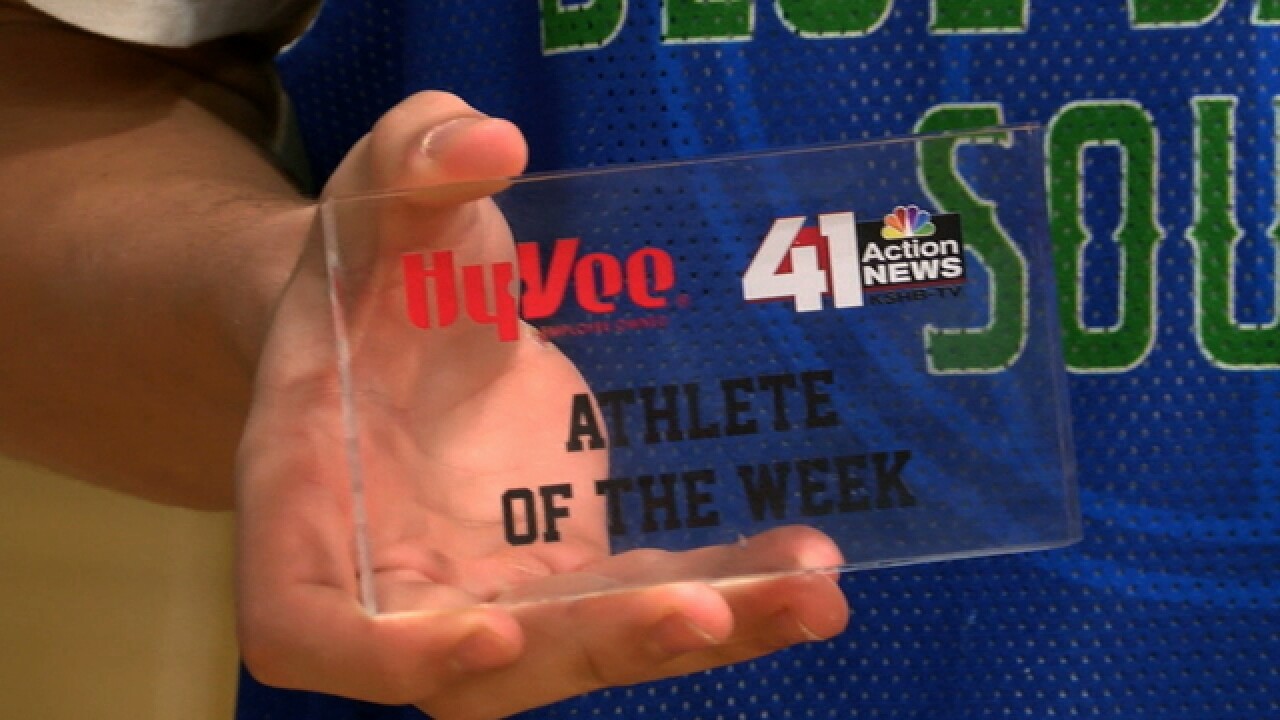 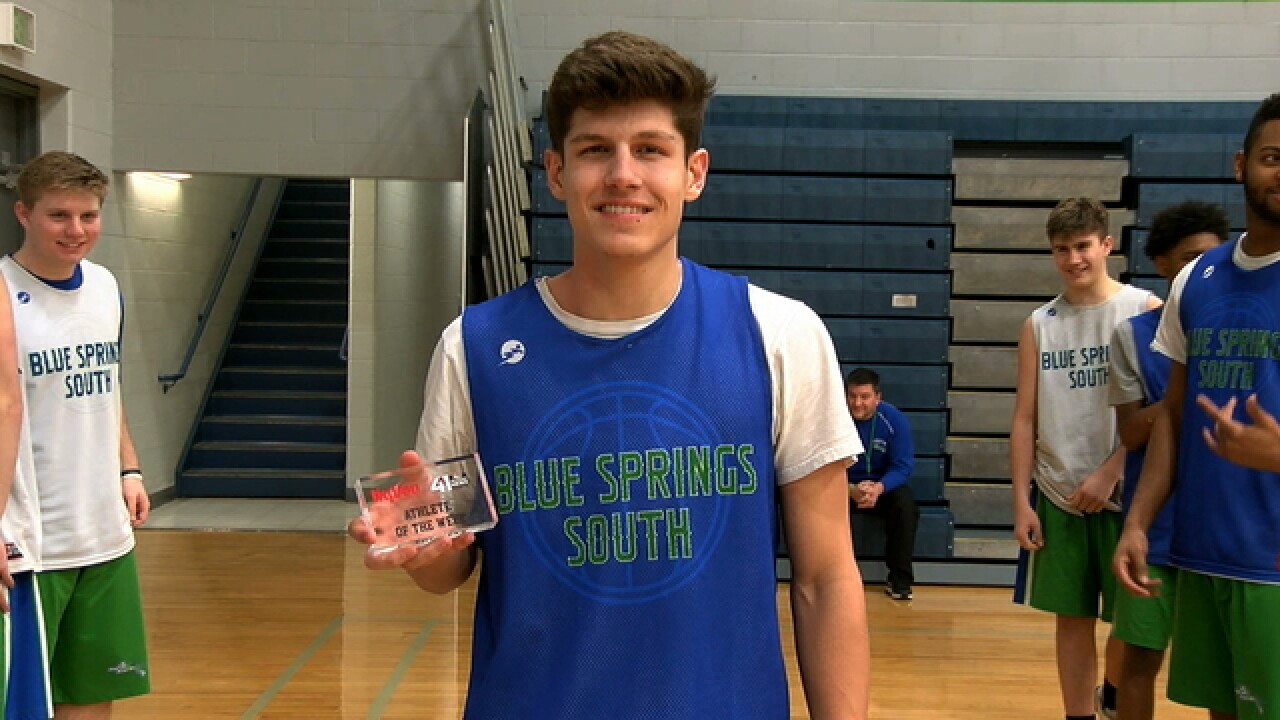 BLUE SPRINGS, Mo. — Blue Springs South boys basketball head coach James Cain has seen a lot of great players come through his doors over the years. One of those players is Mizzou Tigers standout Kevin Puryear. But, it seems that every time he mentions senior guard Jared Ravencamp's name, it's always accompanied by the look of a proud coach.

"Well as a coach, you know, to see him coming through your little league camps, and ever since he was five or six years old, he's been coming through our camps. And, he's been a really good player for us for many years," Coach Cain said.

Jared had a fantastic week including a record-setting performance against rival Blue Springs. He scored 39 points which tied a school record for most post scored in a game. In that same game, he made 17 free throws which set a new Blue Springs South school record. He also helped the Jaguars win that game 74-70.

My wife and I are in a bible study group with Jared Ravencamp's grandparent...Bet they're proudest grandma and grandpa in BS tonight after his 39-point performance for BSS Jags in 74-70 win over Wildcats.

Jared was certainly pleased with his effort. But, when asked how he accomplished the feat, he deflected much of the praise to his teammates.

"My teammates really spread the floor for me all game. And, that helped a lot," Jared said. "Also, the coaching staff, they got the ball in my hands like through the whole game like when I was feeling my game and stuff. So, that helped a lot."

"To see him have a night like he had, and to celebrate it with his teammates, that's kind of one of the things that you go home as a coach and you feel like that's what it's all about. He's the guy that has the ball in his hands a lot," Coach Cain said. "We really weren't calling his number an awful lot. He was just making a lot of plays. You know, in a game against your rival, it happens pretty quick."

Jared said that he has aspirations of furthering his playing career in college. His growth as a player has been key to getting noticed by several colleges. He attributes his growth, as a basketball player, to Coach Cain.

NOTE: The Hy-Vee 41 Five-Star Athlete of the Week segment airs Wednesday nights during the 10 p.m. sportscast for the entire school year.