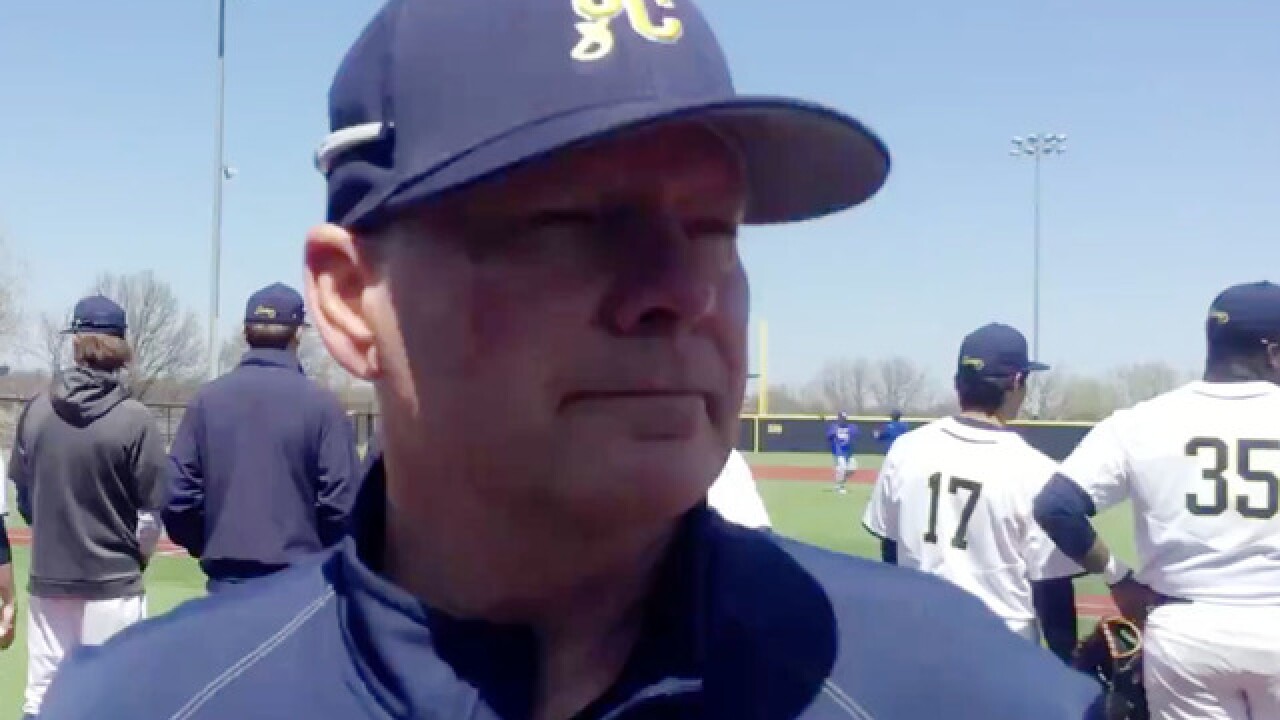 OVERLAND PARK, Kan. -- The countdown is over! Johnson County Community College baseball coach Kent Shelley picked up the 1,000th win of his coaching career with a 19-2 victory at Fort Scott Community College on Thursday, April 1 at Dave Regan Stadium.

Shelley is one of 10 active coaches in the NJCAA who has won a total of 1,000 games for their career. He has won all of them as head coach of the JCCC Cavaliers.

In Shelley’s milestone victory, the Cavaliers pounded out 18 hits, including three-run home runs from Malik Williams and Jake Karst and solo shot from Chaz Burgess. Williams finished the day with a game-high five RBI.

Right-hander Brad Kincaid got the win. He worked six innings and allowed two runs on six hits with eight strikeouts. Dylan Bierman pitched a scoreless seventh to close out the game.

Fort Scott managed to get a split with the Cavaliers, taking the second game 10-9.

With the scored tied at 3-3 after two innings, Fort Scott took control with back-to-back-to-back home runs from Andrew Morrow, Quinn Waterbury, and Sean Moore to make it 6-3. Morrow added a two-run shot in the fourth to make 8-5.

Brian Sullivan led Johnson County with four runs driven in, and Matt Johnson and Chaz Burgess each collected a double and a home run.