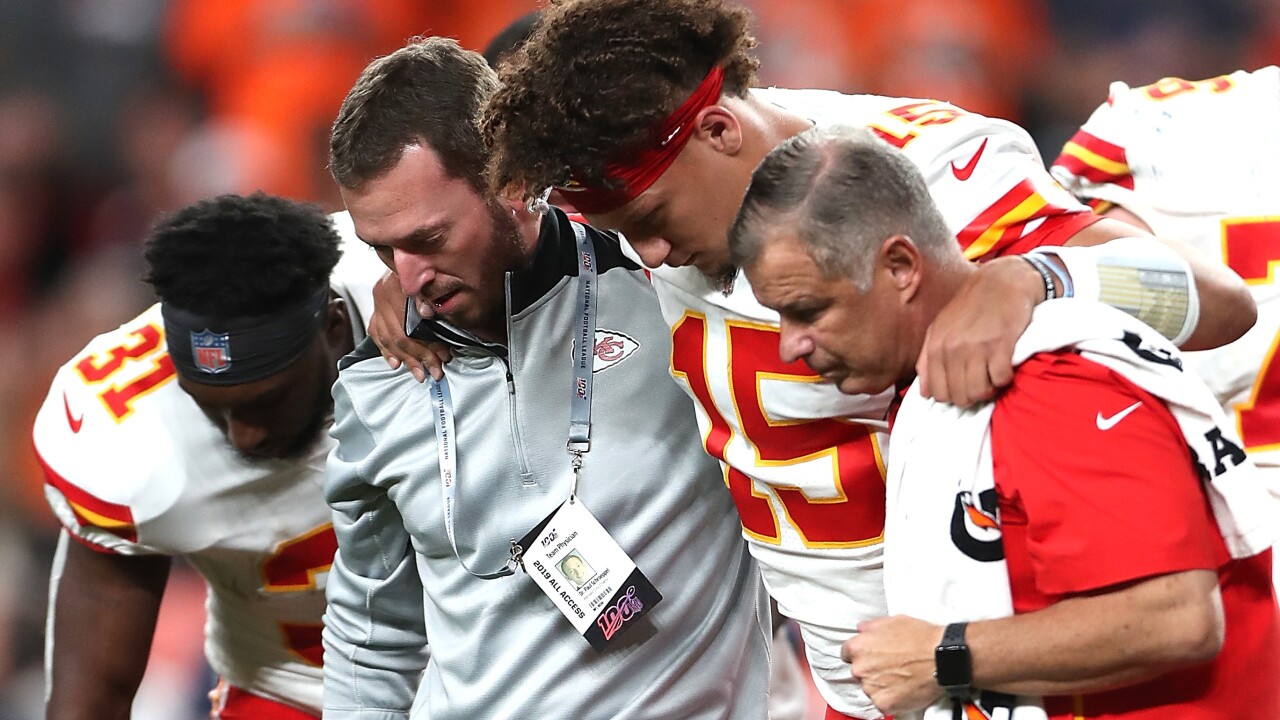 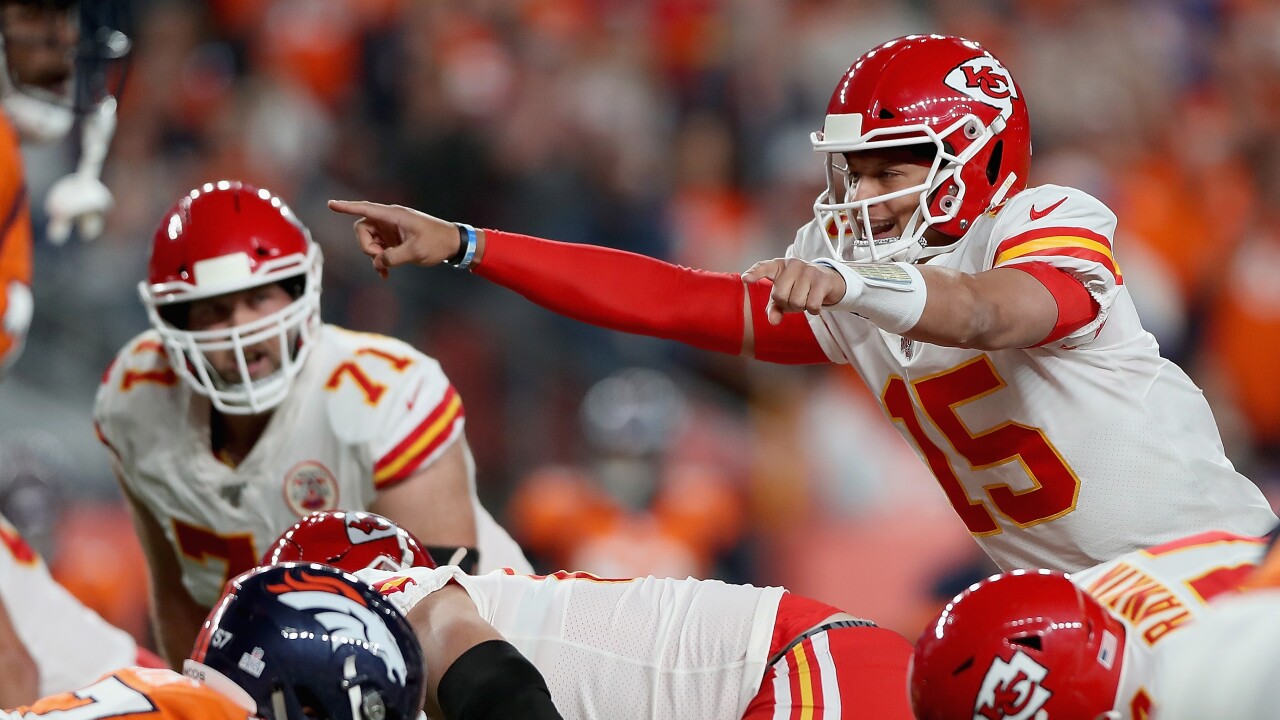 Chiefs quarterback Patrick Mahomes had to be helped off the field Thursday early in the second quarter of a game at Denver.

The reigning NFL MVP appeared to injure his right knee on a fourth-down quarterback sneak inside the Broncos’ 5-yard-line.

The cart came onto the field, but Mahomes waved it off and limped off the field with assistance.

After trainers worked on the knee, Mahomes walked to the locker room under his own power with flanked by Chiefs staff.

He went to have x-rays taken at Mile High Stadium and has been ruled out for the remainder of the game.

Patrick Mahomes is out with a knee injury. pic.twitter.com/DKCt1dg9nX

According to multiple reports, Mahomes suffered a dislocated knee cap.

Per a source, Terez Paylor of Yahoo Sports reported that it does not appear the patella was fractured, but the Chiefs won't know the extent of the injury until an MRI is performed Friday back in Kansas City, Missouri.

Hearing early indications are that Patrick Mahomes has a dislocated knee but at the moment it looks like it isn’t fractured, per a source. MRI coming tomorrow when we’ll know more, but it’s a positive early sign.

Mahomes threw a touchdown pass on the Chiefs’ first drive. Harrison Butker has since added two field goals, including one on drive when Mahomes was hurt.

Mahomes, who had completed 10 of 11 passes for 76 yards to start the game, was replaced by Matt Moore, who was signed late in training camp after Chad Henne was placed on injured reserve.