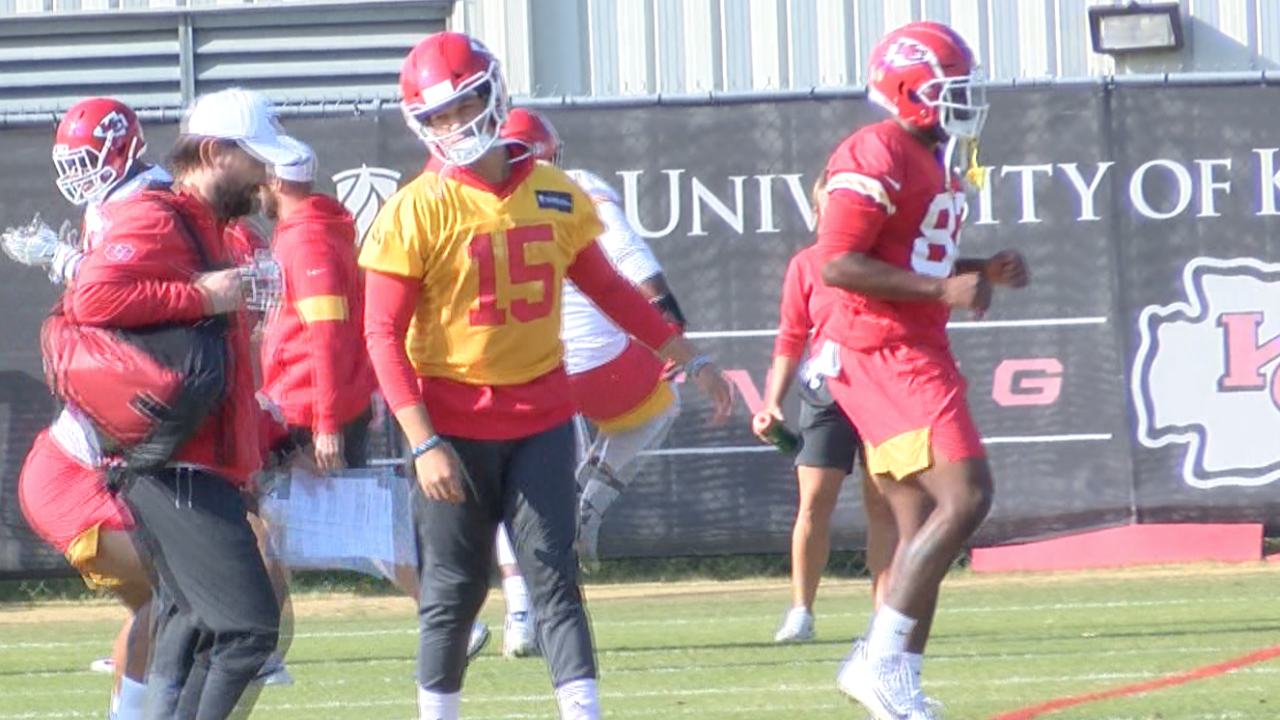 Mahomes, who is the reigning NFL MVP, hasn’t missed any practice since the injury, but he’s been a limited participant throughout each of the last two weeks.

Unable to fully participate in practice, Mahomes was inactive for a loss against Green Bay and last Sunday’s thrilling victory against Minnesota.

Coach Andy Reid refused to tip his hand about Mahomes’ availability for Kansas City’s next game on Sunday at Tennessee.

“We're going to see how he does and then I think it is going to be day-to-day,” Reid said. “We have to see how he handles it. He didn't take a ton of reps last week. We'll try to increase them here a little bit and see how it works out.”

The fact that Mahomes was a full participant is a good sign, but the true test may be if he can do it again Thursday after the most substantive on-field test of his injured knee.

“Patrick has been honest with [the Chiefs’ training staff] and shot them straight,” Reid said. “He obviously wants to play. That's him. He has wanted to do that since 20 minutes after it happened. But we just want to see, not only today when he works, but how he wakes up with it in the morning.”

Mahomes has also been dealing with a series of ankle sprains since the season opener at Jacksonville.

Reid said the Chiefs also will prepare Matt Moore — who has played well, averaging 271 yards and completing more than 69 percent of his passes with three touchdowns and no interceptions in two spot starts — for duty, if Mahomes can’t go.

“He has done a nice job,” Reid said. “I know that he is tougher than shoe leather. He has battled back. Sore, but he is tough. He keeps firing. He does it on time. He trusts his guys. My hat goes off to him.”

Moore was out of football last season and was working as an assistant coach at his high school alma mater when the Chiefs signed him off the streets after backup Chad Henne suffered an ankle injury during a preseason game.

“It’s been a wild couple of weeks,” Moore said. “It’s been fun. I’ve learned a lot. So, what it means moving forward is that I have to be ready to go at all times and who knows what the future holds. in this league, you never know. I’m trying to be the best I can be every day and that is all.”

Even with Henne’s return to the active roster from injured reserve, Moore would be the starter if Mahomes can’t play Sunday in Nashville, according to Reid.

Left tackle Eric Fisher, who hasn’t played since the second game of the season after undergoing core muscle surgery, and defensive end Alex Okafor, who sat out last week with a sprained ankle, were the only players absent from Wednesday’s practice.