Matheny says no bad blood when Astros come to town 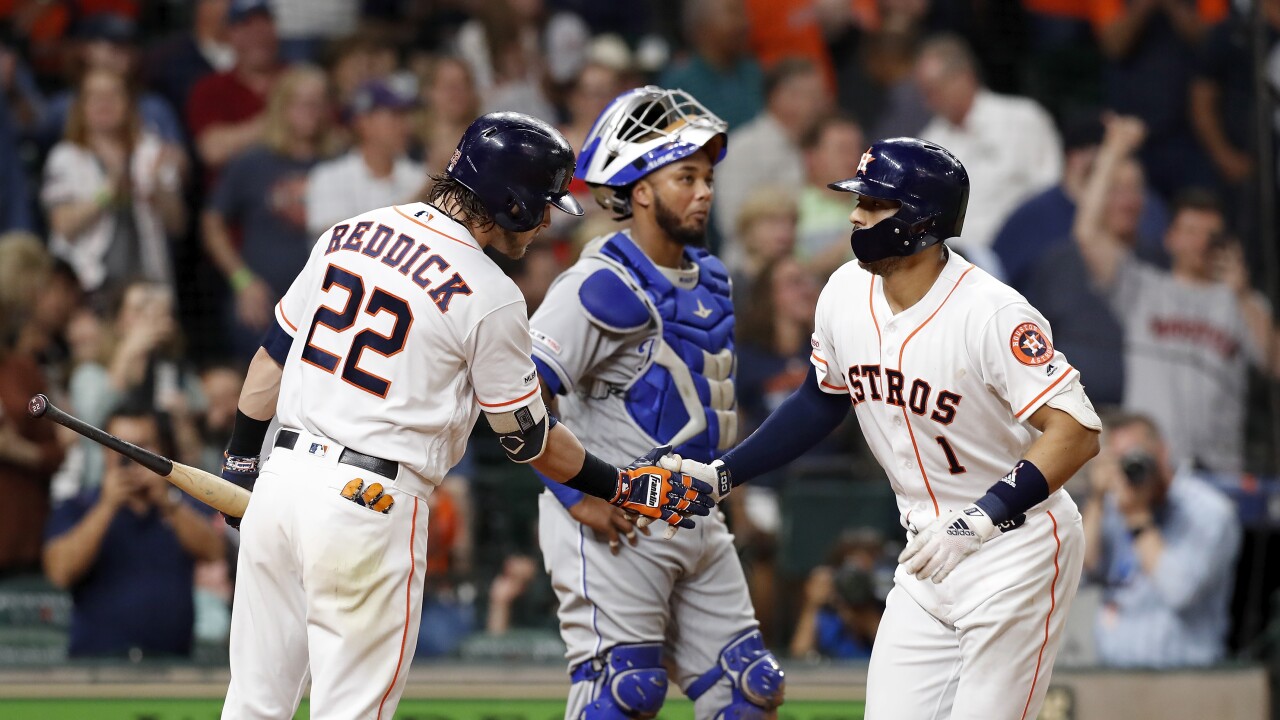 Tim Warner/Getty Images
HOUSTON, TX - MAY 08: Martin Maldonado #16 of the Kansas City Royals reacts as Josh Reddick #22 of the Houston Astros congratulates Carlos Correa #1 after a home run in the third inning at Minute Maid Park on May 8, 2019 in Houston, Texas. (Photo by Tim Warner/Getty Images)

The league’s investigation into allegations of sign stealing during the 2017 and 2018 seasons are mostly afterthoughts, at least according to Royals manager Mike Matheny.

Matheny on any possible retribution from KC for the sign stealing scandal: pic.twitter.com/3VlkyA1vtt

“For us, we need to get ready to play the game,” the first year manager told the media Saturday.

The teams will face off in a two-game exhibition series starting Monday at Kauffman Stadium.

“Walking into those two exhibition games,” Matheny said, “Those are just great opportunities to see somebody besides someone standing in a Royals jersey. To compete and get us one step closer.”

Part of the Royals move to a second spring training home in Wyandotte County this week was to make room for visiting teams in the locker rooms at Kauffman.

Matheny said the facility will be cleaned and sanitized before Houston arrives.