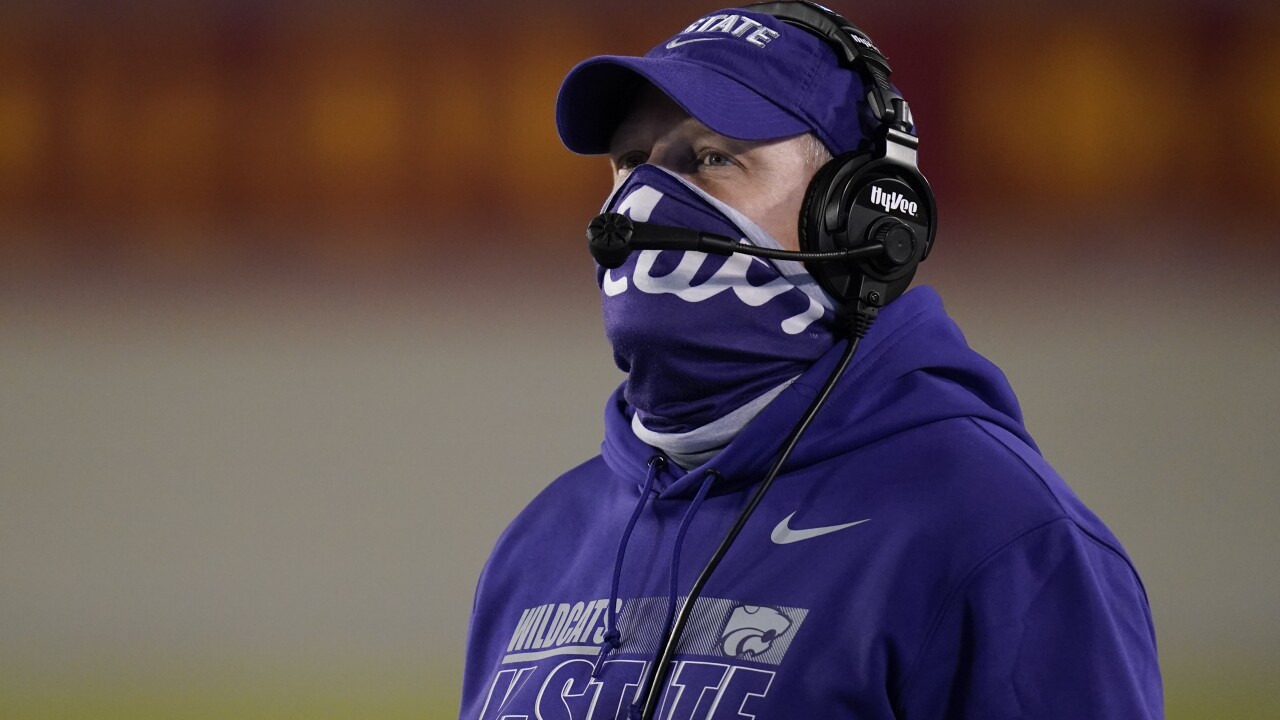 The senior quarterback completed four passes in a row for 45 yards after it initially appeared he had fumbled on a run on the first play.

Kansas State has lost four in a row since starting 4-0 in conference play.

Kansas State quarterback Will Howard threw a touchdown and ran for another, fellow true freshman Deuce Vaughn rushed for 102 yards with a score.