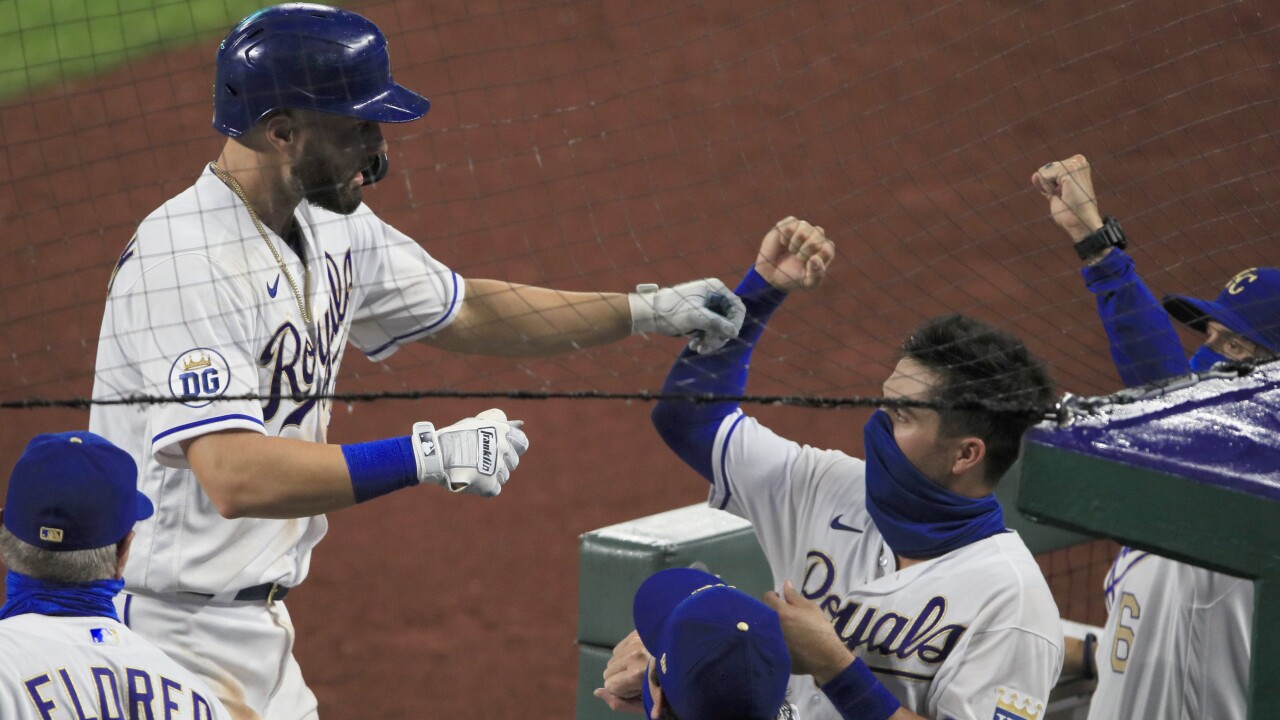 (Copyright 2020 The Associated Press. All rights reserved. This material may not be published, broadcast, rewritten or redistributed.)
Orlin Wagner/AP
Kansas City Royals' Ryan McBroom, top left, is greeted at the dugout by teammates after his solo home run in the sixth inning of a baseball game against the Minnesota Twins at Kauffman Stadium in Kansas City, Mo., Friday, Aug. 7, 2020.

KANSAS CITY, Mo. — The Royals won for the second straight night Friday at Kauffman Stadium when Ryan McBroom went boom, blasting his second career home run for the game-winning tally in the sixth.

After a weeklong slump, Kansas City followed its first home win Thursday against the Chicago Cubs with a 3-2 win on Friday against the Minnesota Twins.

Byron Buxton's home run to left in the third off Royals starter Jakob Junis provided an early Twins lead, but Nick Heath even the score an inning later with an RBI single for second career big-league hit.

Junis allowed another solo home run in the fifth, this one to Marwin Gonzalez, but Nicky Lopez tied the game in the bottom of the inning with an RBI single up the middle.

McBroom put the Royals in front an inning later before Lee's Summit native Trevor Rosenthal slammed the door in the ninth.

Kansas City has two more games this weekend with the Twins before hitting the road for a series in Cincinnati, where they'll see former Royals star Mike Moustakas.