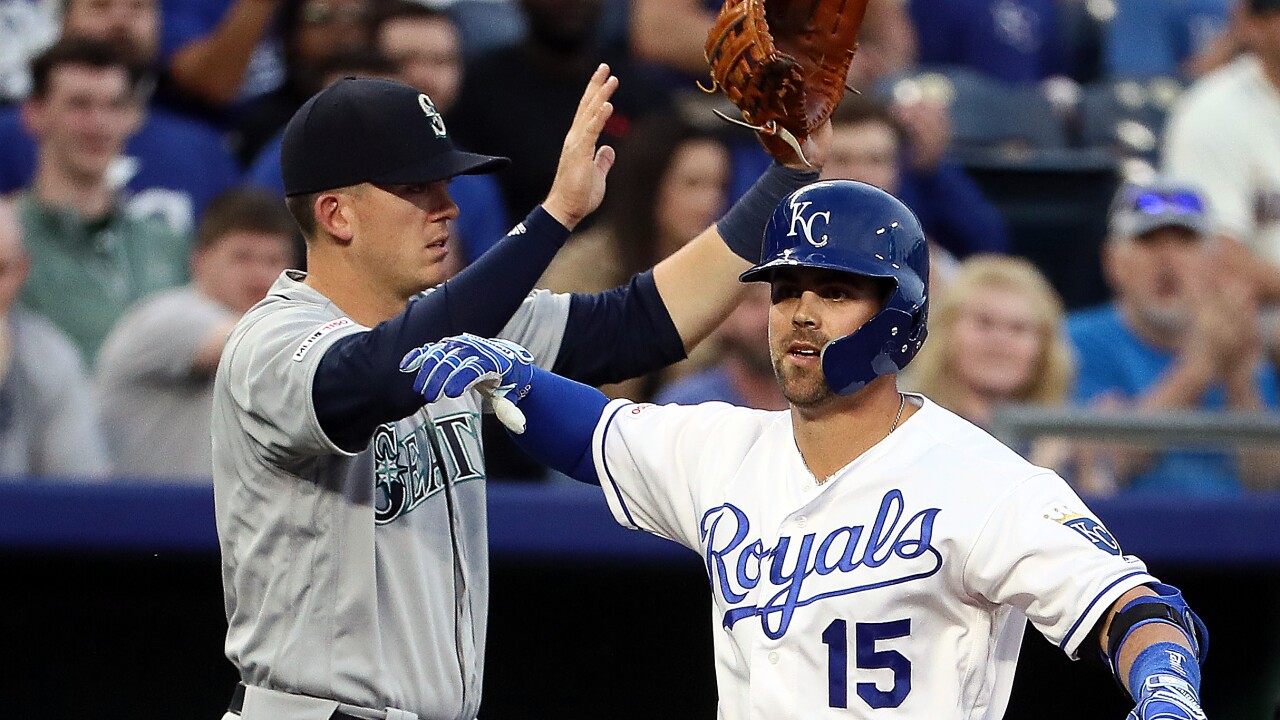 Jamie Squire/Getty Images
KANSAS CITY, MISSOURI - APRIL 09: Whit Merrifield #15 of the Kansas City Royals reacts after hitting a triple during the 1st inning of the game against the Seattle Mariners at Kauffman Stadium on April 09, 2019 in Kansas City, Missouri. Merrifield has hit in 30 consecutive games tying George Brett for the club record. (Photo by Jamie Squire/Getty Images) 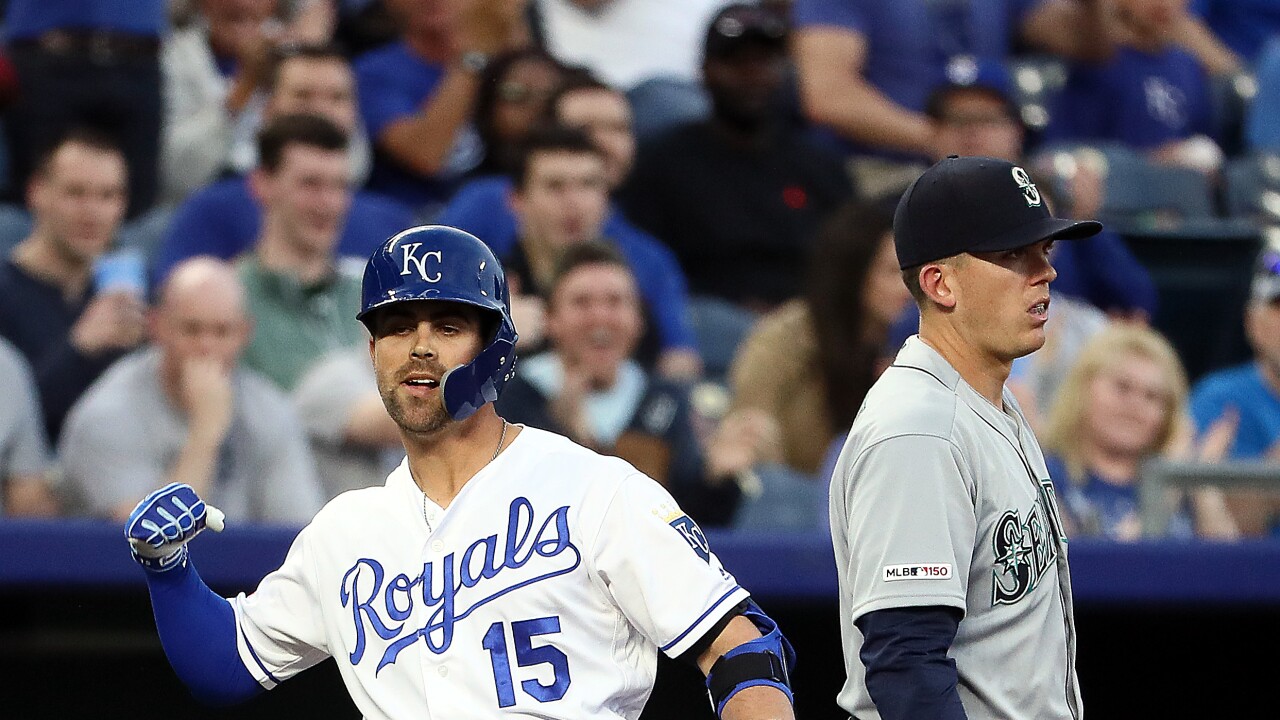 Merrifield wasted no time, too, roping a triple to the right-center field gap in the 1st inning.

It's not only a benchmark for baseball, but it also ties the Royals' franchise record for hitting streaks set by George Brett in 1980.

Merrifield is now tied for the 36th-longest hitting streak all-time in the majors. His streak began last September.

Merrifield will look to hold the record by himself Wednesday night at Kauffman Stadium when the Royals play the Seattle Mariners at 7:15 p.m.