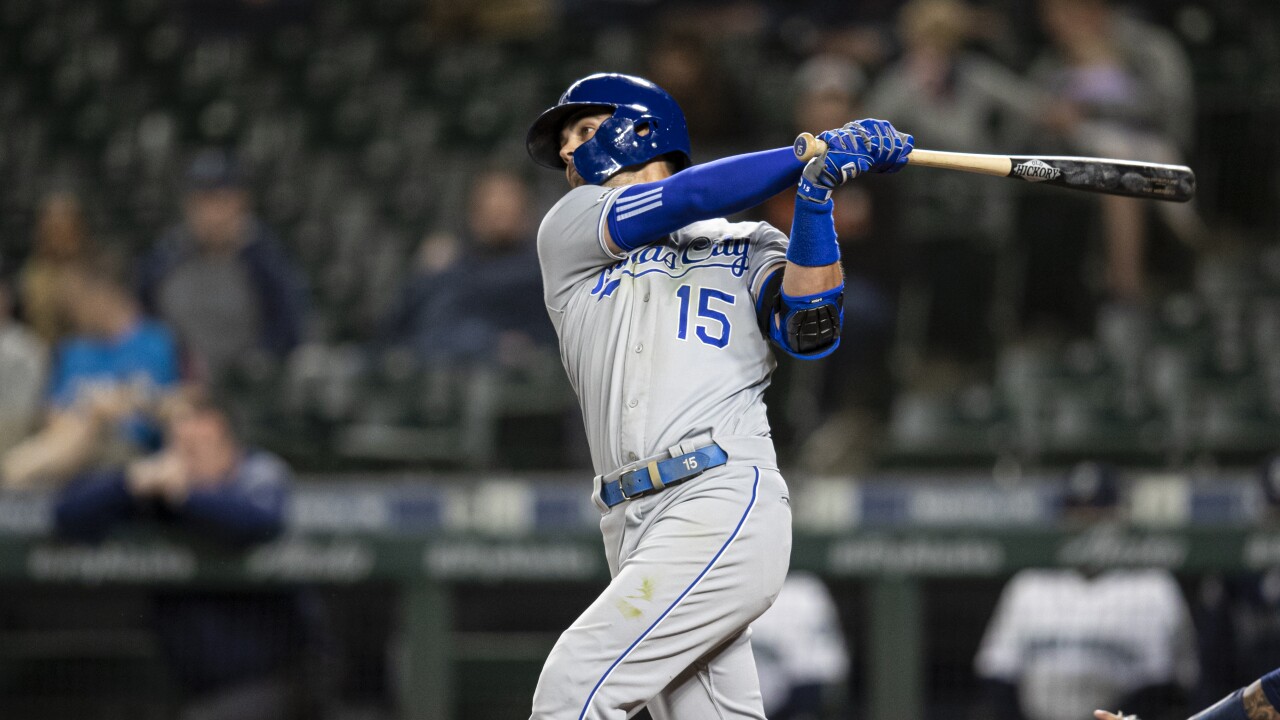 Stephen Brashear/Getty Images
SEATTLE, WA - JUNE 18: Whit Merrifield #15 of the Kansas City Royals hits a two-run home run off of relief pitcher Jesse Biddle #36 of the Seattle Mariners that also scored Martin Maldonado #16 of the Kansas City Royals during the eighth inning of a game at T-Mobile Park on June 18, 2019 in Seattle, Washington. (Photo by Stephen Brashear/Getty Images)

KANSAS CITY, Mo. — A year after being snubbed, Whit Merrifield finally received the news had been waiting for: He's an All-Star.

Merrifield is the Royals' lone representative for the game, which will be played Tuesday, July 9 in Cleveland at Progressive Field.

Merrifield led the Majors in hits a season ago and is once again among the leaders in 2019.

He's recorded at least one hit in 68 of 84 games and is the American League leader in total bases.

Merrifield is listed as a second baseman for the All-Star Game, despite spending the most of his time in right field this season.

For the first time in his big-league career, @WhitMerrifield is headed to the All-Star Game.#AlwaysRoyal pic.twitter.com/oqKm779wUa