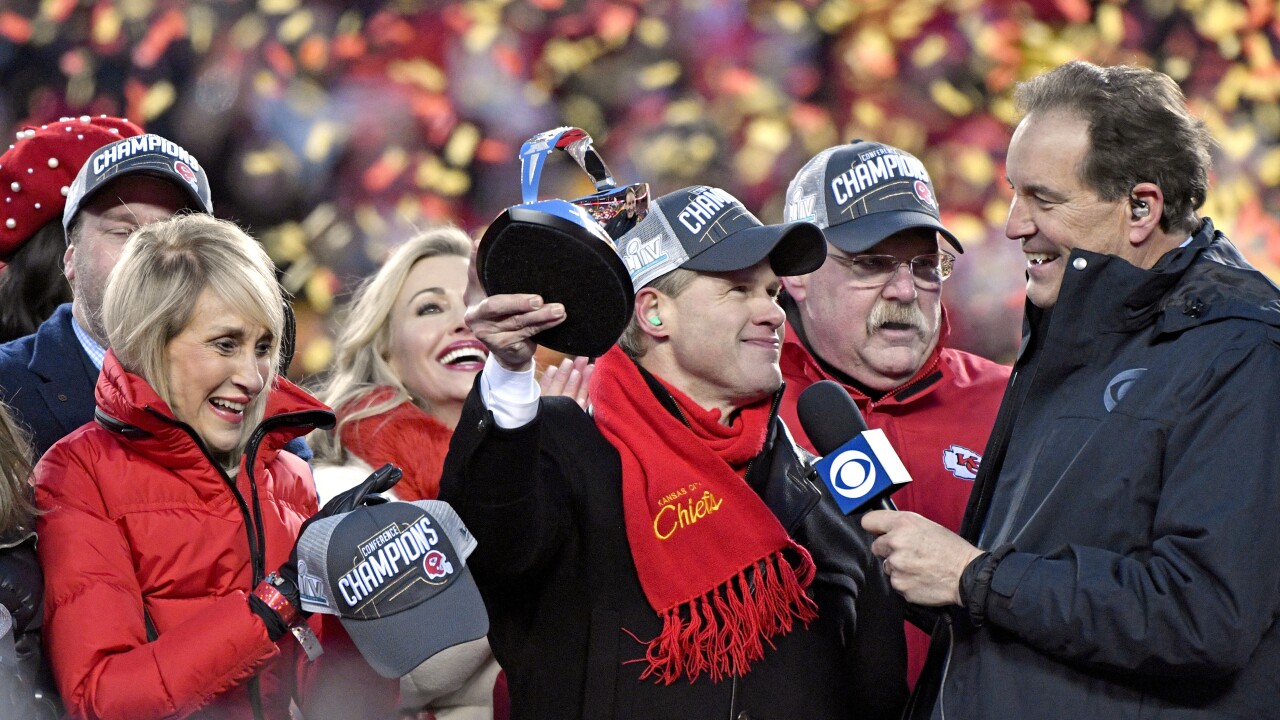 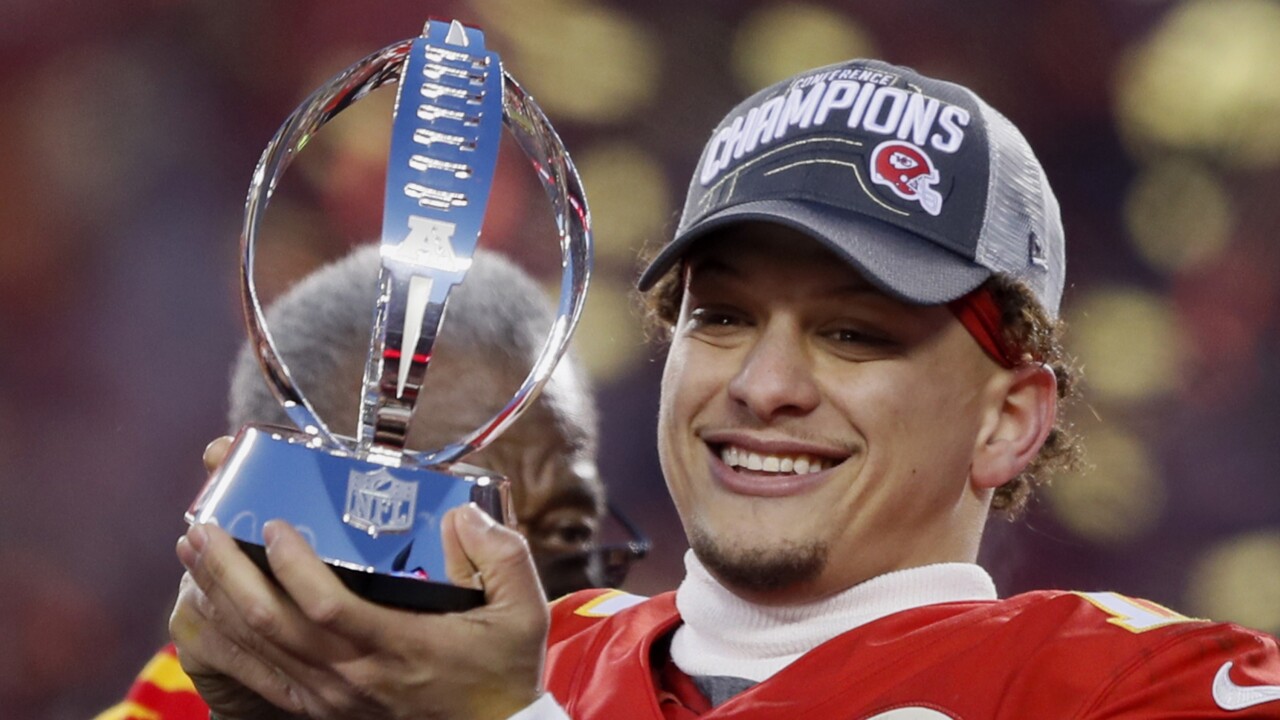 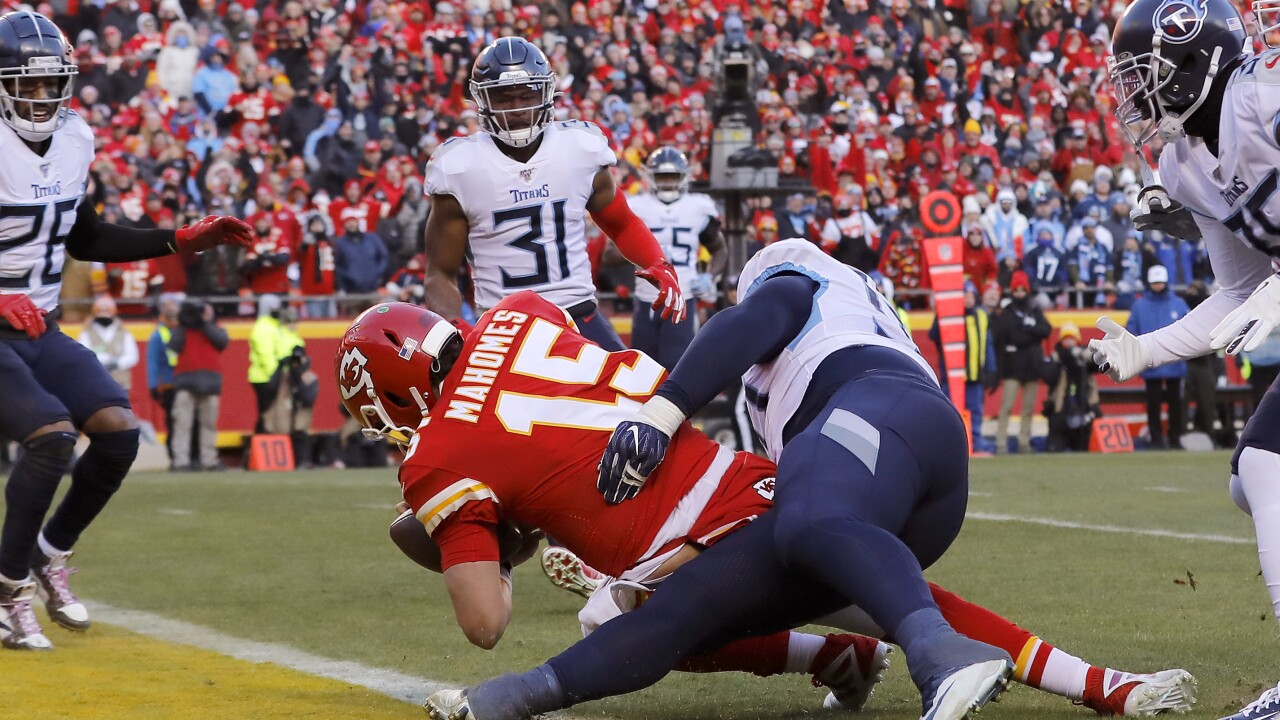 And for the second week in a row, quarterback Patrick Mahomes erased it all by halftime as the Chiefs overwhelmed the Tennessee Titans during the final three quarters of a 35-24 victory Sunday in the AFC Championship Game at Arrowhead Stadium.

With the win, Kansas City earns a berth in Super Bowl LIV on Feb. 2 at Hard Rock Stadium in Miami. It’s the franchise’s first Super Bowl appearance in 50 years since crushing the Minnesota Vikings 23-7 in Super Bowl IV, the final championship game before the AFL-NFL merger.

The victory delivered the Lamar Hunt Trophy to the franchise for the first time since it was renamed in honor of late Chiefs founder Lamar Hunt in 1984 — and did so in what’s become Mahomes and company’s signature fashion.

The Chiefs rallied from a 24-0 hole in the AFC Divisional Round last week en route to a 51-31 victory against the Houston Texans.

Almost exactly one year ago, Kansas City overcame a two-touchdown halftime deficit to force overtime before falling short 37-31 against the Patriots on Jan. 20, 2019, in the first AFC title game ever at Arrowhead.

Things turned out better the second time around, but not without some nervous moments.

"It's awesome ...," Reid said. "I really don't have words for it. But these fans are unbelievable and the Hunt family is unbelievable."

Mahomes threw two touchdowns to Tyreek Hill in the opening half, but it was his dazzling 27-yard touchdown run that completed the comeback and is bound to featured prominently on his career highlight reel.

After being flushed left from the pocket, Mahomes outran the angle of linebacker Derick Roberson then slipped by Rashaan Evans along with left sideline with a stutter-step.

He tiptoed more than 20 yards down the sideline before cutting back inside around the 8-yard line, splitting two more Titans defenders at the 5-yard line as he switched the ball from his left to right hand and finally spinning off Tramaine Brock Sr.’s attempted tackle into the end zone with 11 seconds remaining in the first half.

Mahomes, who is tied with Troy Aikman and Kurt Warner for the most career TD passes in his first four playoff games (11), finished with a team-high 53 yards rushing for the second straight game and also went 23 of 35 for 294 yards with three touchdowns and no interceptions.

In four career playoff games, Mahomes has yet to throw an interception, a span of 142 passes to set and NFL record.

After Kansas City won the toss and deferred, Tennessee marched down the field and kicked a field goal.

The Chiefs’ offense sputtered on its opening drive, allowing the Titans to extend the lead to 10-0 with Derrick Henry’s 4-yard touchdown run less than 10 minutes into the game.

The Chiefs limited Henry to 69 yards and that touchdown on 19 carries, the fewest yards he's rushed for since Nov. 3 at Carolina. That game took palce one week before Tennessee's 35-32 comeback win against Kansas City during the regular season.

The Chiefs actually outgained the Titans on the ground 112-85 and limited Tennessee to 3.7 yards per carry.

Tennessee answered back, powering 75 yards on 15 plays before Ryan Tannehill pushed the lead back to 10 points with 1-yard toss to Dennis Kelly, an eligible tackle and the heaviest player to catch a touchdown pass in NFL history.

Unfazed, Mahomes answered with a 20-yard laser up the seam to Hill, who finished with five recpetions for 67 yards, less than three minutes later before his scintillating touchdown scramble to put KC in front at halftime.

The game remained scoreless through the third quarter before two more Chiefs touchdowns put the game away.

Running back Damien Williams scored from 3 yards out on the second play in the fourth and a 60-yard bomb from Mahomes to wide receiver Sammy Watkins essentially put the game on ice.

Watkins finished with game-highs of seven catches and 114 yards.

The Titans added a touchdown with 4:18 left on a 22-yard strike from Tannehill to Anthony Frisker, but it was too little and too late as Tennessee’s Cinderella run came to an end.

The magic ran out when countered by “Mahomes Magic.”

Safety Tyrann Mathieu, who signed a three-year offseason deal as the signature free-agent signing of a defensive makeover, led the Chiefs' defense with nine tackles.

Meanwhile, defensive ends Tanoh Kpassagnon led the line with two sacks and fellow defensive end Frank Clark, acquired in a blockbuster trade with Seattle during the offseason, iced the victory with a sack of Tannehill.

Defensive tackle Chris Jones, who was a game-time decision with a calf injury, finished with two tackles, but he also delivered pressure in key situations despite limited duty.