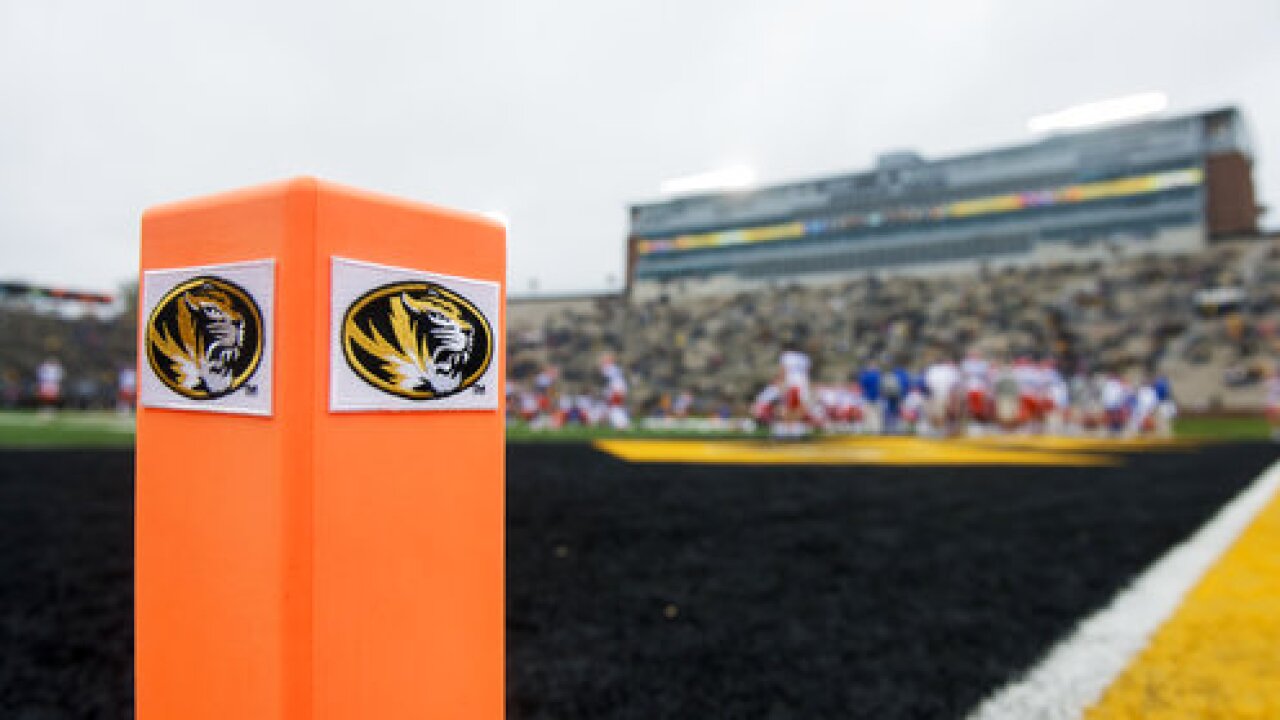 (Copyright 2020 The Associated Press. All rights reserved. This material may not be published, broadcast, rewritten or redistributed.)
L.G. Patterson/AP
A Missouri themed pylon sits in the north end zone of Faurot Field during an NCAA college football game against Florida Saturday, Nov. 4, 2017, in Columbia, Mo.

KANSAS CITY, Mo. — Mizzou football will play an extra game in Florida ... during the 2031 season.

The Tigers announced a three-game series Tuesday with Florida Atlantic, which will begin during the 2027 season.

MU will play the Owls, who are currently a member of Conference USA, three times in a five-year span.

The series kicks off with an Oct. 2, 2027, game at Memorial Stadium in Columbia followed by a home-and-home slate during the 2030 and 2031 seasons.

The two teams have never played in football before.

Missouri, which replaced Barry Odom with former Appalachian State coach Eli Drinkwitz in December, have now completed their non-conference slates for the 2027 and 2030 seasons.

Three of MU’s four non-conference games for 2031 are set. The Tigers host North Texas (Sept. 13) and play at Northern Illinois (Sept. 29) in addition to the Florida Atlantic trip.

Mizzou is scheduled to kick off the Drinkwitz era Sept. 5 against Central Arkansas at Memorial Stadium in Columbia.

Missouri’s future schedules are set through the 2026 season.