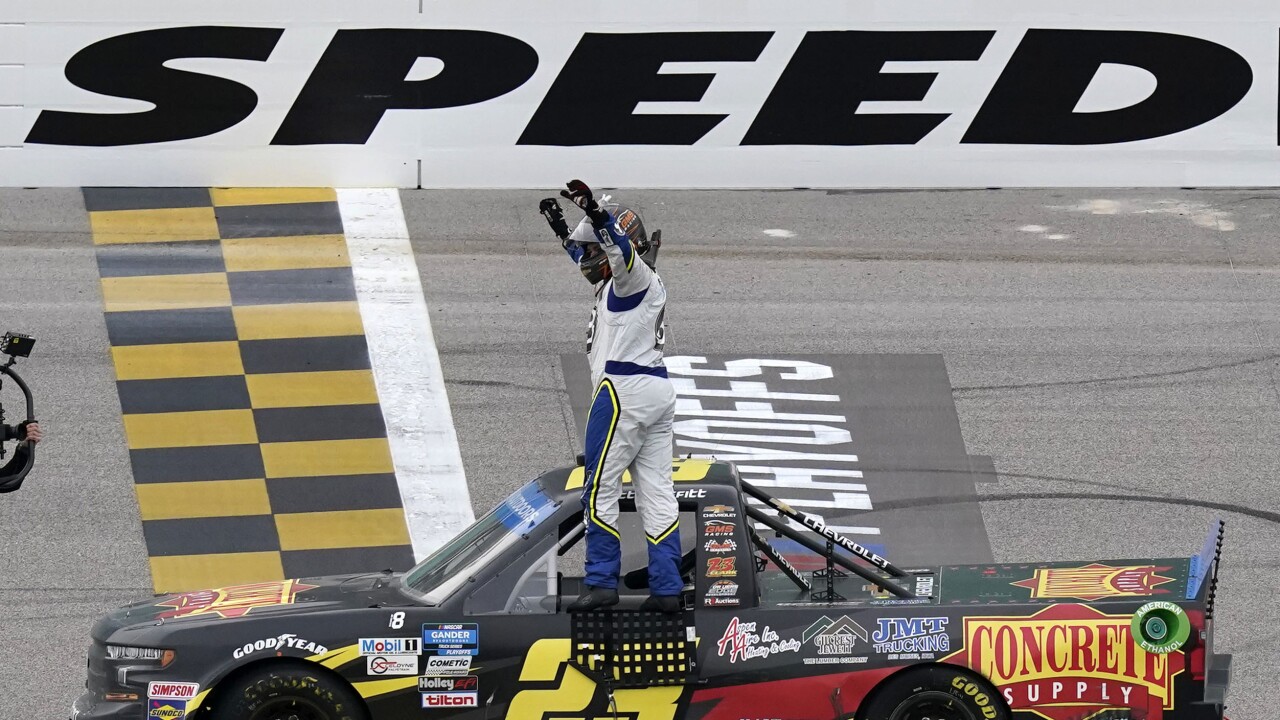 Brett Moffitt wasn’t about to finish second again — not with a spot in the NASCAR Truck Series finale on the line.

So when Zane Smith tried to pass him with three laps to go, Moffitt moved down ever so slightly and sent his teammate into a spin along the backstretch.

Then, the 28-year-old from Iowa held off a field full of playoff contenders, winning a two-lap shootout to the checkered flag at Kansas Speedway on Saturday.