Mondesi shines in return, but Royals fall to Tribe 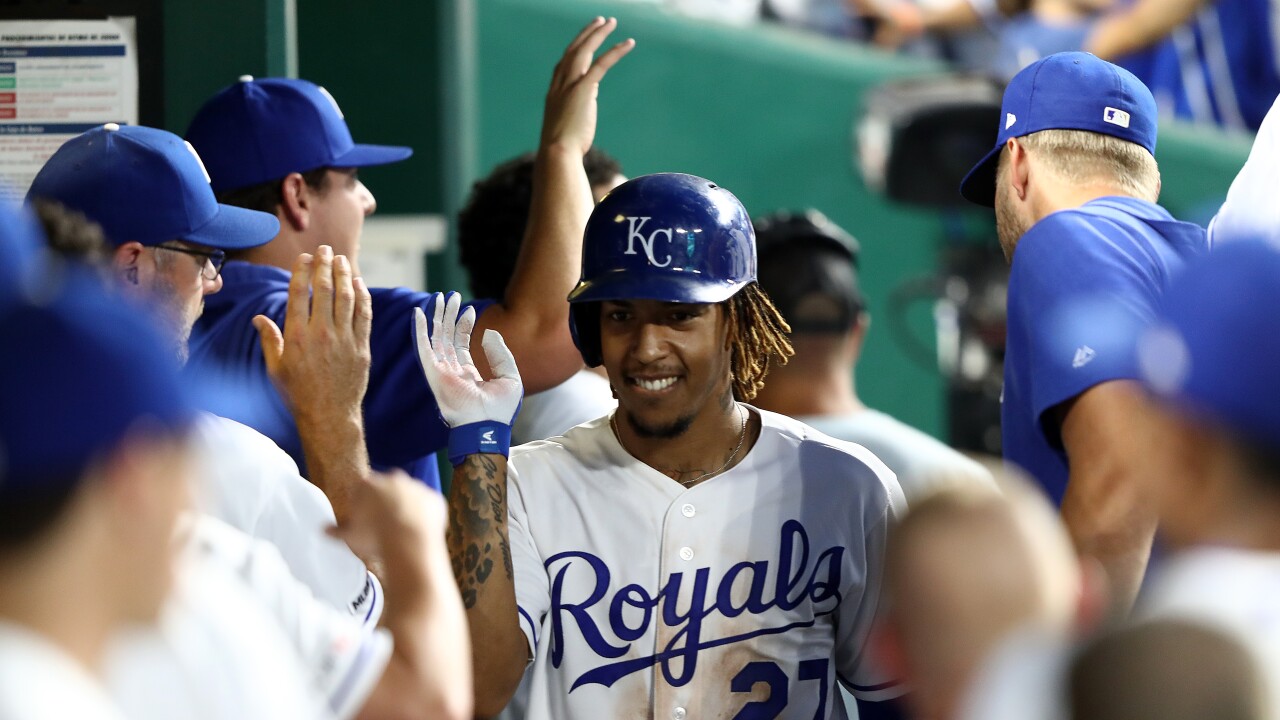 KANSAS CITY, Mo. — Jake Bauers matched a career high with four hits while driving in three runs, the Cleveland bullpen bailed Trevor Bauer out of a late jam and the Indians held on to beat the Kansas City Royals 9-5 on Tuesday night.

Pitching a day after the death of his former teammate and friend Tyler Skaggs, Bauer (7-6) left nursing a 7-4 lead with the bases loaded and nobody out in the seventh. Oliver Perez managed an out before surrendering a sacrifice fly, and Adam Cimber used his sinker-style motion to induce the final two outs and preserve the Indians' lead.

Five others also drove in a run for the Indians, who have picked up in July right where they left off in June. They went 17-9 last month to match the Yankees for the best mark in the American League.

Most of their damage came against Jakob Junis (4-8), who matched a season high by allowing six earned runs over 4 2/3 innings. The right-hander is 0-3 with a 5.91 ERA over his last six starts.

He didn't get a whole lot of help from his defense, either.

The Royals' circus was summed up when Carlos Santana led off the fifth with a hard-hit ball to first base. It popped out of the glove of Cheslor Cuthbert and was fielded by second baseman Nicky Lopez, who then had his throw bounce out of the glove of Junis covering first.

It began when Tyler Naquin and Francisco Lindor led off with singles, and continued when Santana walked to extend his league-leading on-base streak to 25 games. Jason Kipnis walked in a run, Jose Ramirez plated another with a fielder's choice grounder, and Bauers added two more runs with a double.

Roberto Perez kept the inning going when he reached on an error by third baseman Hunter Dozier.

The only bright spots for the Royals were Jorge Soler and Adalberto Mondesi. Soler's towering solo home run in the second traveled an estimated 451 feet, while Mondesi trumpeted his return from the injured list with a two-run homer in the fifth.

Dozier tried to add an inside-the-park homer in the sixth, running through the stop sign at third when the throw from the outfield went awry. Dozier was easily thrown out at the plate.

Soler promptly followed with a single that would have scored him anyway.

Bauer had Skaggs' initials and No. 45 written on his cap and also scratched "TS45" into the dirt on the back of the mound before throwing his first pitch. He and Skaggs played together in the Arizona Diamondbacks organization. The 27-year-old Los Angeles Angels pitcher was found dead in his hotel room Monday.

The Royals recalled Mondesi (right groin strain) from a minor league rehab stint and RHP Jake Newberry from Triple-A Omaha. They also optioned RHP Scott Barlow and INF Humberto Arteaga to the same club. Mondesi had been sidelined since June 19.

RHP Danny Salazar (right shoulder) will make another rehab start in Arizona after experiencing no problems in 1 2/3 innings Sunday. "The reason is they want to keep him as much as they can consistent," Indians manager Terry Francona said. ... RHP Bradly Zimmer (right shoulder) is throwing from 105 feet and RHP Corey Kluber (fractured right ulna) is throwing from 90 feet, Francona said.

Indians RHP Mike Clevinger (1-2, 5.89 ERA) makes his second start since coming off the IL when he faces LHP Danny Duffy (3-4, 4.43) and the Royals on Wednesday night. Clevinger allowed seven runs over 1 2/3 innings against Baltimore last Friday.