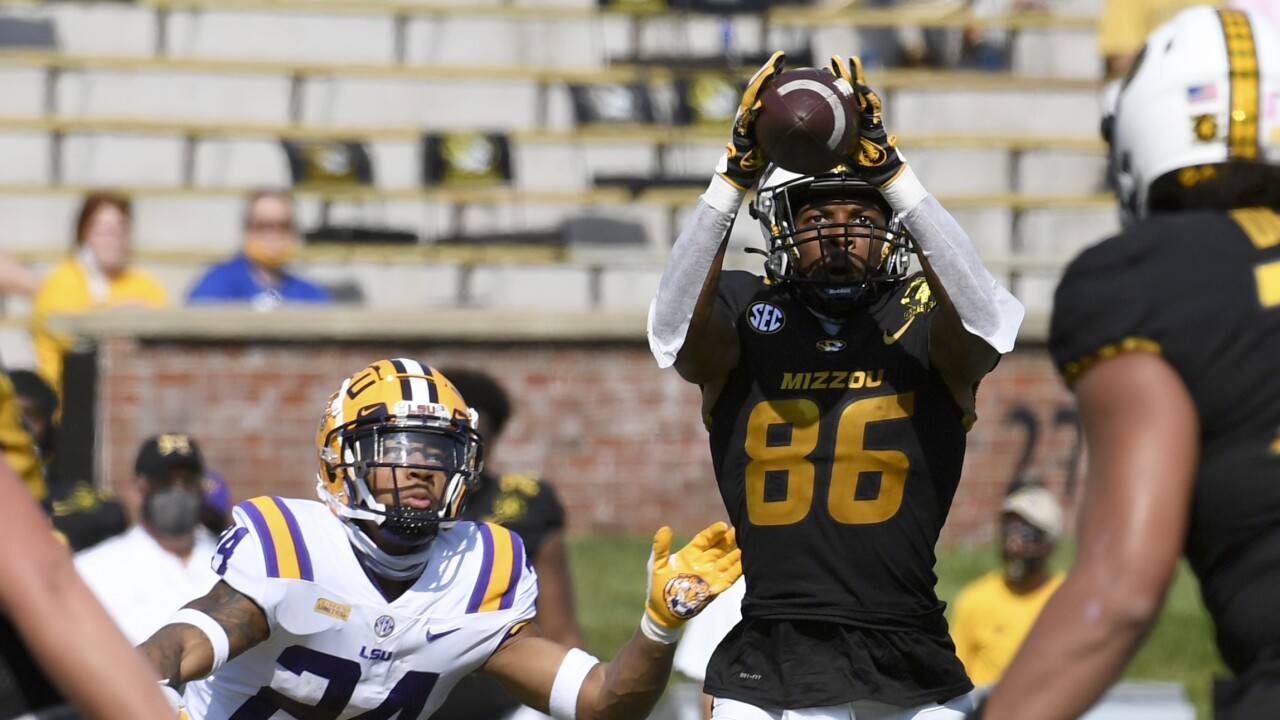 Four days after announcing that the Tigers’ homecoming game against Vanderbilt, originally scheduled for Saturday, had been postponed to December due to positive COVID-19 tests among the Commodores, the Southeastern Conference announced Friday that two more games were being moved.

MU’s scheduled game next weekend at Florida has been pushed back to Oct. 31, while that weekend’s originally scheduled home game against Kentucky has been moved up to Oct. 24.

The Tigers-Wildcats game will be played at 3 p.m. next Saturday on the SEC Network, while the Tigers-Gators matchup will be at 6:30 p.m. on Oct. 31 on SEC Alternate.

A COVID-19 outbreak within the Florida program, which postponed this weekend’s LSU game, caused the schedule shuffling. That game has been postponed to Dec. 12 along with Missouri-Vanderbilt.

Kentucky’s home game against Georgia has been pushed back one week to Oct. 31.