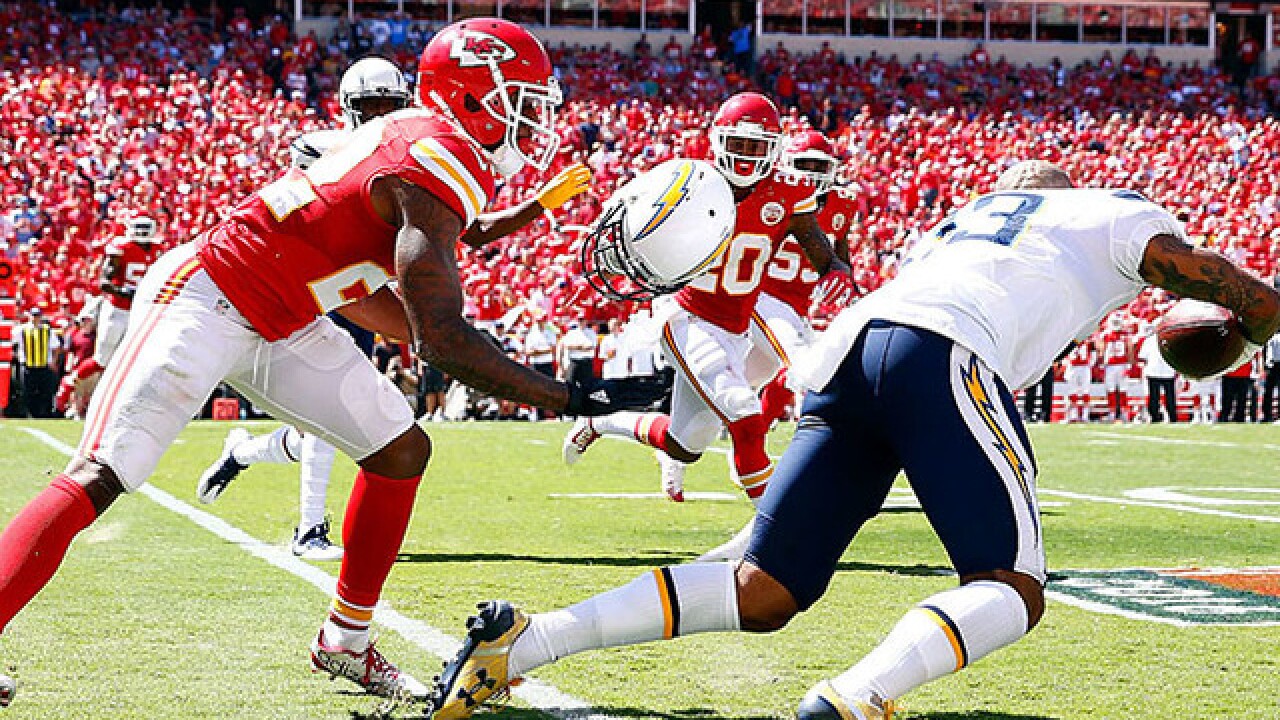 Copyright 2018 Scripps Media, Inc. All rights reserved. This material may not be published, broadcast, rewritten, or redistributed.
Jamie Squire
<p>KANSAS CITY, MO - SEPTEMBER 11: Defensive back Marcus Peters #22 of the Kansas City Chiefs rips the helmet off of wide receiver Keenan Allen #13 of the San Diego Chargers during the game at Arrowhead Stadium on September 11, 2016 in Kansas City, Missouri. (Photo by Jamie Squire/Getty Images)</p>

ORLANDO, Fla – A rule change announced Tuesday at the NFL meetings could dramatically change the way the game is played.

NFL owners rewrote the rule on using the crown of the helmet, making it a 15-yard penalty to initiate any hit with it.

Rich McKay, chairman of the competition committee, called it "a significant change," noting that it was a "technique too dangerous for the player doing it and the player being hit."

McKay said the tackle made by the Steelers' Ryan Shazier last season that resulted in the linebacker suffering a spinal injury — Shazier underwent spinal stabilization surgery two days later — was not the impetus for the change. But it was an example of what needs to be eliminated from the game.

"This one technique, we saw so many hits when a player lowered his head and delivered a hit and either hurt himself or the player he was hitting," McKay said. "It was time for a change of this magnitude."

The owners did not call for an ejection on such a play — at least not yet. In college football, when a player is penalized for targeting and a replay review affirms it, he is ejected.

Disqualifying players for these hits will be discussed in the future, McKay said, and that would involve replay reviews. He added that the coaches were "most vociferous" about wanting these hits out of the game.

"I am very pleased to see the overwhelming support of the coaches, general managers and owners that we want to make the game safer," said Dr. Allen Sills, the league's chief medical officer. "This is what change that could be made immediately that could impact this technique."